Intelligence officials have warned lawmakers that Russia is interfering in the 2020 election campaign to help President Donald Trump get reelected, according to three officials familiar with the closed-door briefing.

The warning raises questions about the integrity of the presidential campaign and whether Mr Trump's administration is taking the proper steps to combat the kind of interference the US saw in 2016.

The officials asked for anonymity to discuss sensitive intelligence. They said Thursday (local tome) that the briefing last week focused on Russia's efforts to influence the 2020 election and sow discord in the American electorate. 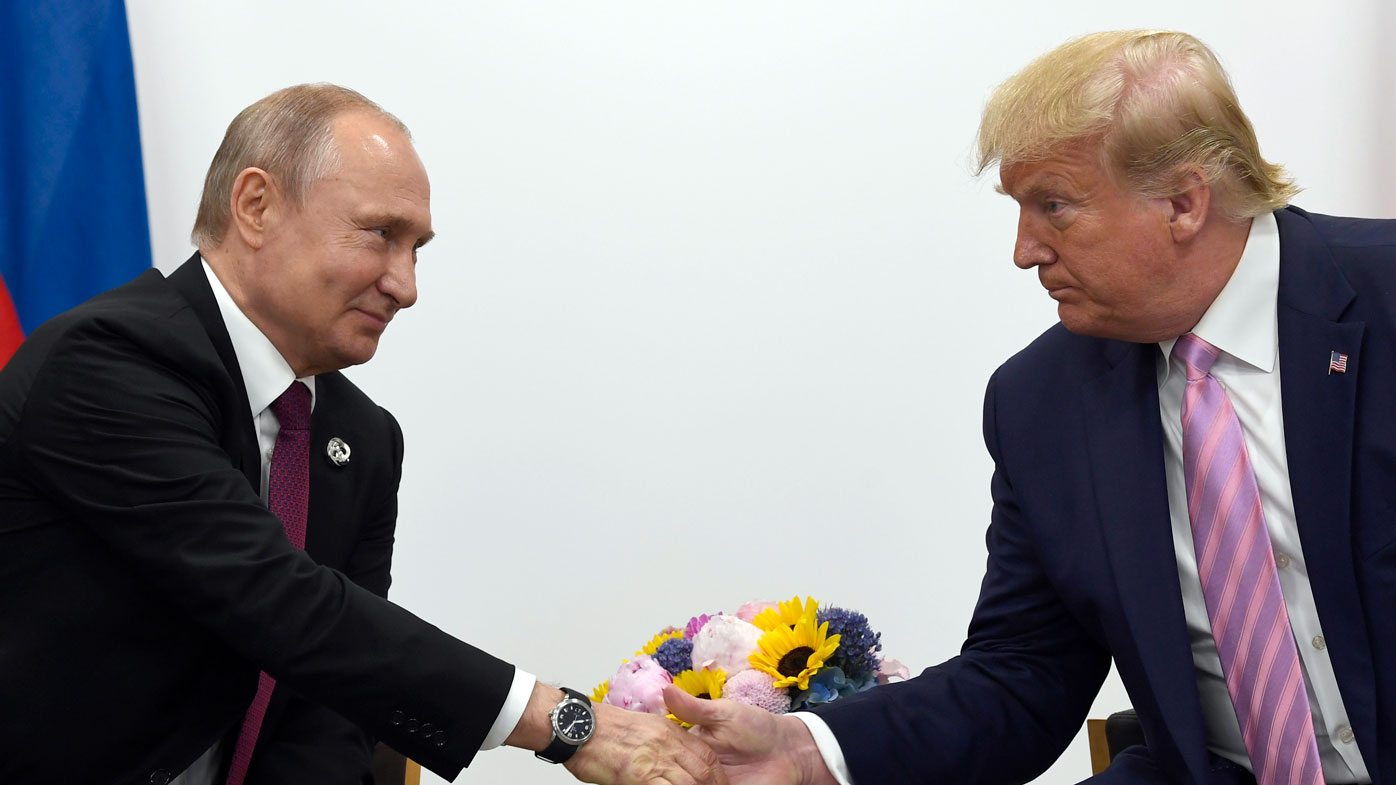 The intelligence warning was first reported by The New York Times and The Washington Post.

A senior administration official told The Associated Press that the news infuriated Mr Trump, who complained that Democrats would use the information against him.

Over the course of his presidency, Mr Trump has dismissed the intelligence community's assessment of Russia's 2016 election interference as a conspiracy to undermine his victory.

The official spoke on the condition of anonymity to describe the private meeting.

Moscow denied any meddling. Kremlin spokesman Dmitry Peskov said Friday (local time) that the allegations are "paranoid reports that, unfortunately, there will be more and more of as we get closer to the elections (in the US). Of course, they have nothing to do with the truth". 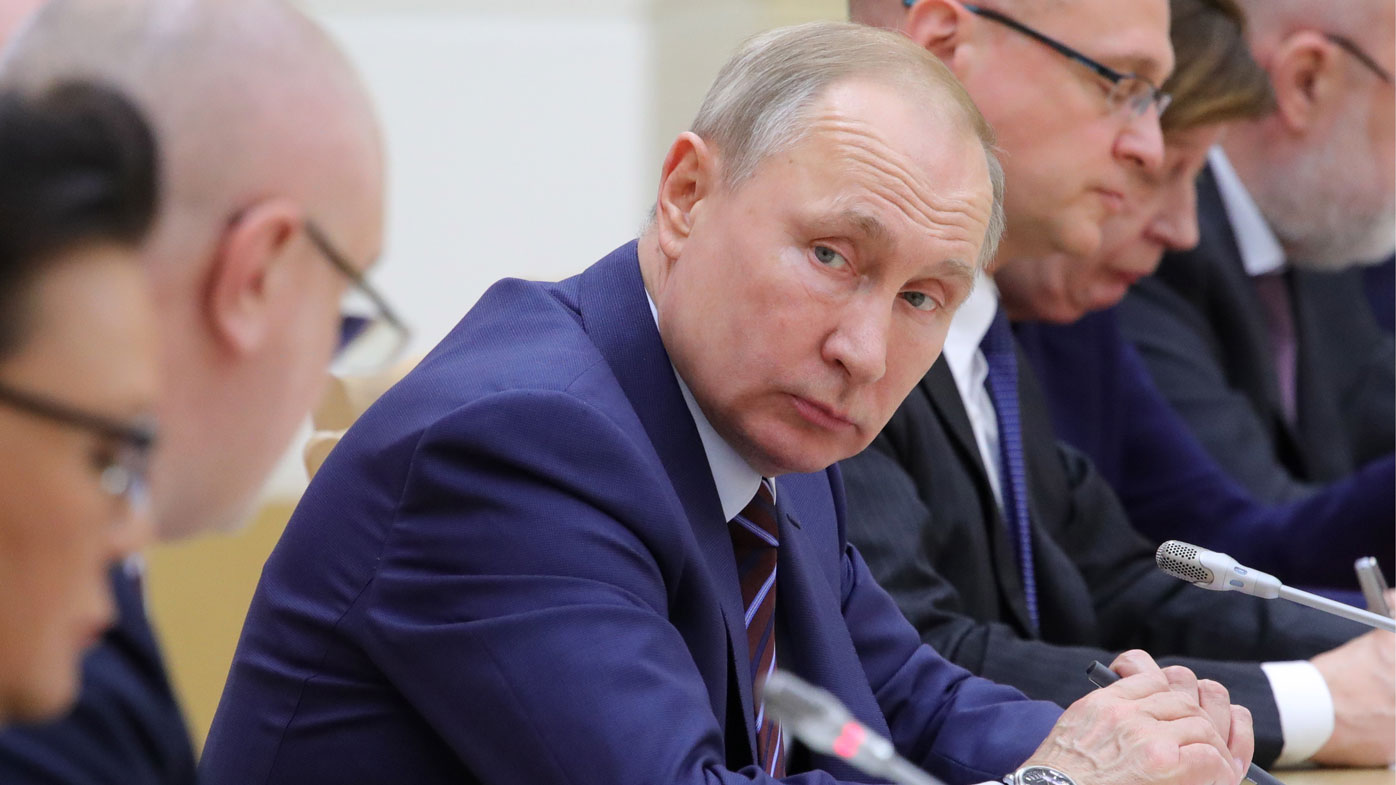 She added that all members of Congress "should condemn the President's reported efforts to dismiss threats to the integrity of our democracy & to politicise our intel community".

A day after the February 13 briefing to the House Intelligence Committee, Mr Trump berated the then-director of national intelligence, Joseph Maguire, and he announced this week that Mr Maguire would be replaced by Richard Grenell, a Trump loyalist.

US intelligence agencies say Russia interfered in the 2016 election through social media campaigns and stealing and distributing emails from Democratic accounts.

They say Russia was trying to boost Mr Trump's campaign and add chaos to the American political process. 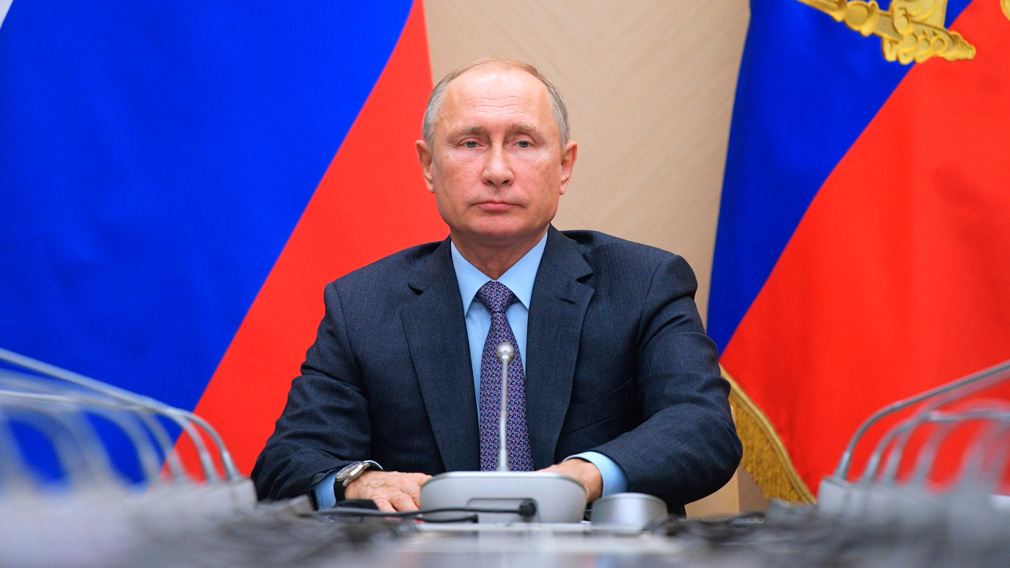 Special counsel Robert Mueller concluded that Russian interference was "sweeping and systematic," but he did not find a criminal conspiracy between Russia and the Trump campaign.

Republican lawmakers who were in last week's briefing by the DNI's chief election official, Shelby Pierson, pushed back by noting that Mr Trump has been tough on Russia, one of the officials said.

While Mr Trump has imposed severe economic sanctions on Russia, he also has spoken warmly of Russian leader Vladimir Putin and withdrawn troops from areas, like Syria, where Moscow could fill the vacuum.

He delayed military aid last year to Ukraine, a Russian adversary – a decision that was at the core of his impeachment proceedings.

The Times said Mr Trump was angry that the House briefing was made before the panel's chairman, Rep Adam Schiff, who led the impeachment proceedings. 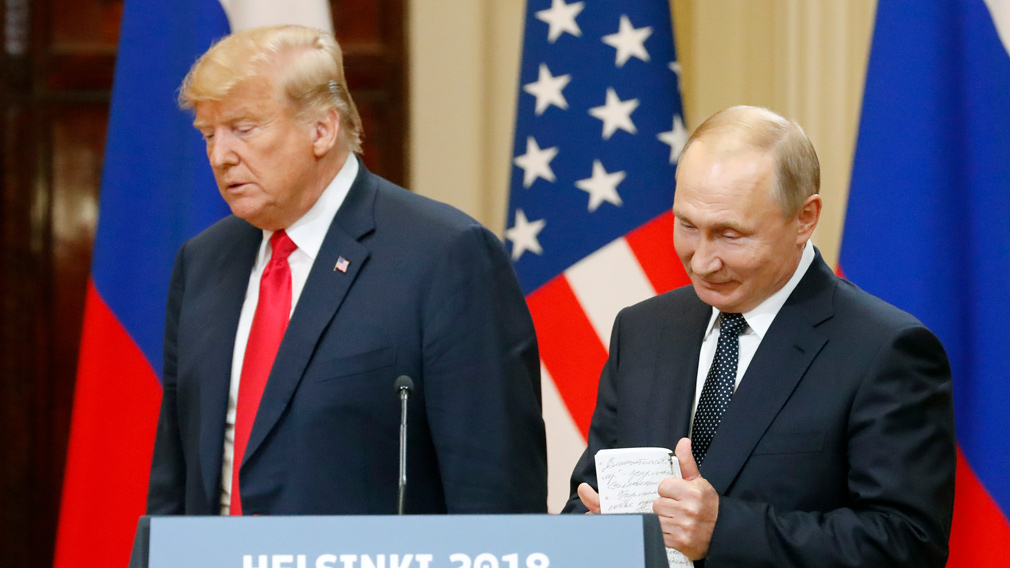 Who is Trump's new appointee?

Mr Trump on Thursday formally appointed Grenell, the US ambassador to Germany, to replace Mr Maguire as the new acting director of national intelligence.

Mr Maguire was required to step down soon under federal law governing acting appointments. The Times cited two administration officials as saying the timing, after the intelligence briefing, was coincidental.

READ:  Up to 60 per cent of the country could be infected by COVID-19

Mr Grenell's background is primarily in politics and media affairs. He lacks the extensive national security and military experience of Mr Maguire, as well as previous holders of the position overseeing the nation's 17 intelligence agencies.

His appointment does little to heal the president's fraught relations with the intelligence community, which Mr Trump has derided as part of a "deep state" of entrenched bureaucrats that seek to undermine his agenda.

The administration has most notably feuded with the intelligence community over the Russian interference and the events surrounding Mr Trump's impeachment.

Mr Pierson told NPR in an interview that aired last month that the Russians "are already engaging in influence operations relative to candidates going into 2020. But we do not have evidence at this time that our adversaries are directly looking at interfering with vote counts or the vote tallies".

Mr Pierson, appointed in July 2019 by then-Director of National Intelligence Dan Coats, works with intelligence agencies like the CIA, the FBI, the National Security Agency and the Department of Homeland Security to identify anyone seeking to interfere with US elections.

Mr Pierson told NPR that the US doesn't know exactly what the Russians are planning, but she said it's not just a Russia problem.

"We're still also concerned about China, Iran, non-state actors, hacktivists and frankly – certainly for DHS and FBI – even Americans that might be looking to undermine confidence in the elections."

At an open hearing this month, FBI Director Christopher Wray told the House Judiciary Committee that Russia was engaged in "information warfare" heading into the November election, but that law enforcement had not seen efforts to target America's infrastructure. He said Russia is relying on a covert social media campaign to divide the American public.