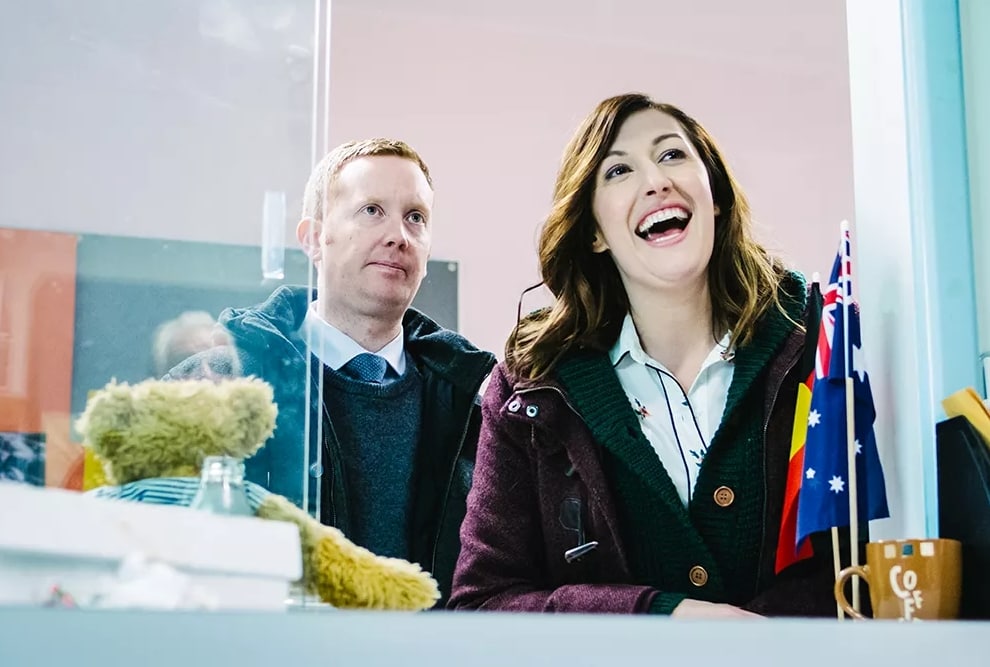 Tasmanian-themed comedy Rosehaven will be back on local screens very shortly. The multi-award-winning comedy returns for a fourth season on Wednesday 8 July at 9pm on ABC & ABC iview. Three seasons ago, urban castaway Emma (Celia Pacquola) started a new life in Tasmania, with her best friend Daniel (Luke McGregor) and his real estate […] 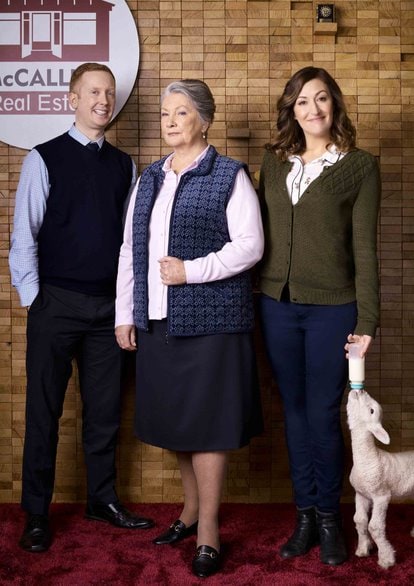 Tasmanian-themed comedy Rosehaven will be back on local screens very shortly.

The multi-award-winning comedy returns for a fourth season on Wednesday 8 July at 9pm on ABC & ABC iview.

Daniel – who ‘couldn’t hack it on the mainland’ – joined the family business despite lacking any background in real estate. It wasn’t a problem either for best buddy and erratic daydreamer Emma, ‘on the run’ after suddenly fleeing her own honeymoon.

The eight brand-new Rosehaven episodes will take viewers inside the high stakes world of the regional property biz, with drama and intrigue that includes the arrival of competition for McCallum Real Estate. And if that wasn’t enough excitement, Emma gets a bunny.

“I am thrilled Rosehaven season four is coming out!” says Celia Pacquola. “Season four! Can you believe it? Luke and I have aged terribly, but this is our stupidest season yet and I can’t wait for people to see it.”

Co-start McGregor had feared that season 3 would be end of the show, but eventually a fourth season was agreed and started shooting in Tasmania in October 2019.

If you want proof that season four is better in every way than its predecessors, Luke McGregor is happy to provide it.

“Whilst filming season three of Rosehaven, a pig sneezed in my mouth,” he says. “That didn’t happen once filming season four and I have only happy memories of it.” 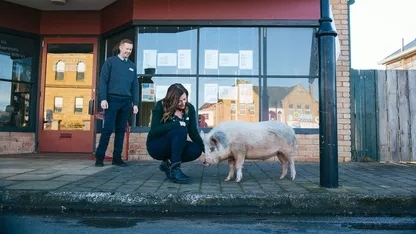 All seasons of the series have been shot entirely on location in Tasmania, mainly in Geeveston and New Norfolk which together form the key look of the fictional town of Rosehaven.

Previous seasons premiered in 2016, 2017 and 2019. It is not known if a fifth series is planned. Tasmanian Times will feature some production shots from the new series later this week.