Romania’s Prime Minister has been fined over a social-distancing lapse at meeting, while coronavirus cases in India jumped almost 8000 in just one day.

Romania's Prime Minister has been fined over a social-distancing lapse at meeting, while coronavirus cases in India jumped almost 8000 in just one day. 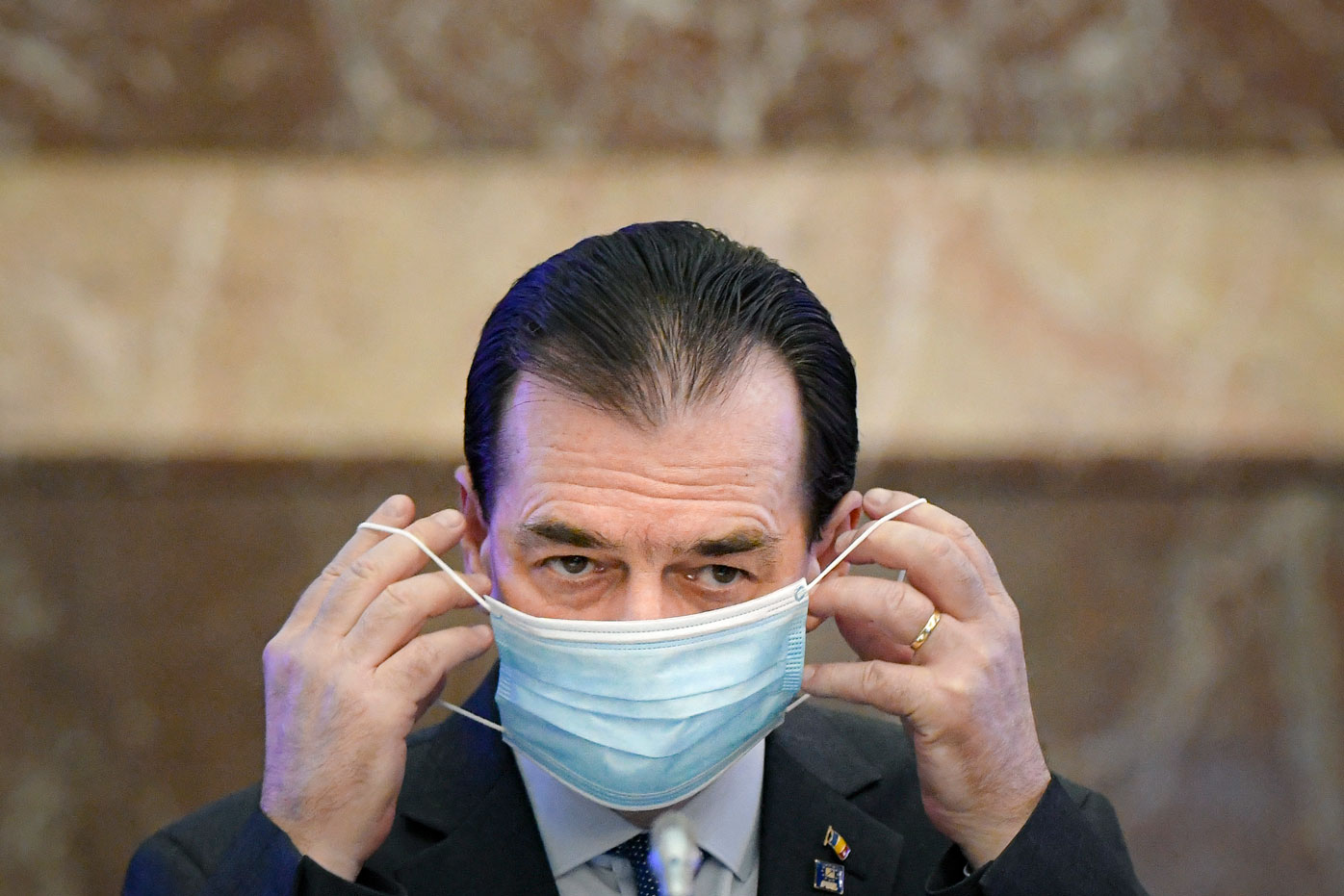 Romania's Prime Minister has paid fines totalling about A$900 for smoking indoors and holding a meeting in a government building where several Cabinet ministers and other participants did not follow social distancing rules.

In a photograph published in Romanian media, Prime Minister Ludovic Orban and others can be seen smoking with food and bottles of alcohol on a table. No one in the photo wore a mask or maintained the required spacing.

India has registered another record single day jump of 7964 coronavirus cases and 265 deaths.

Meanwhile, India is extending its ongoing lockdown in designated coronavirus containment zones until June 30, but will allow all economic activities to restart in a phased manner outside those areas as cases continue to rise in its major cities.

India's Home Ministry said in a directive that a reopening phase set to start Monday is called Unlock 1. 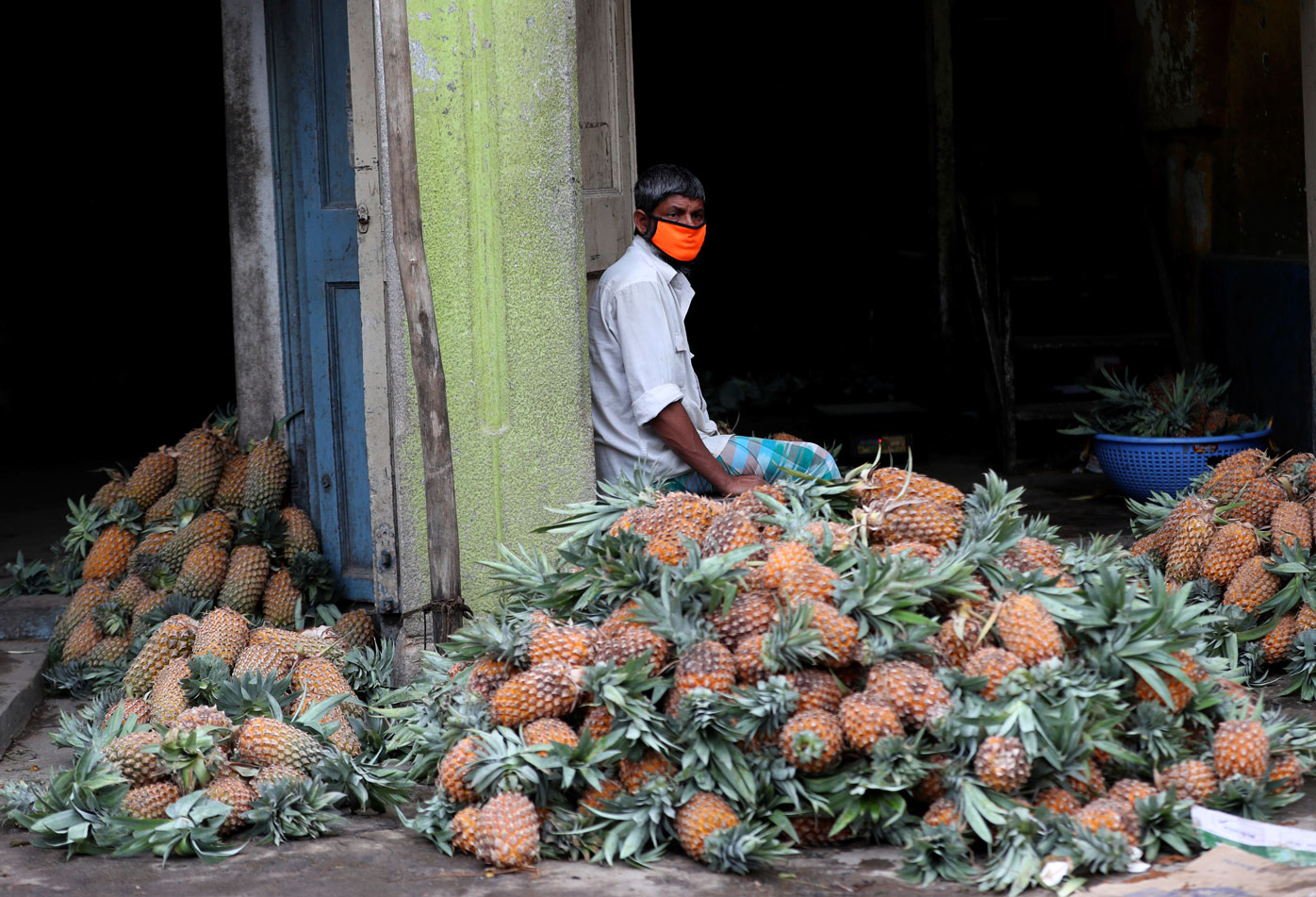 The European Commission President Ursula von der Leyen has urged the United States to "reconsider" its decision to break ties with the World Health Organisation.

In a joint statement Vice-President Josep Borrell, Ms von der Leyen says "global cooperation and solidarity through multilateral efforts are the only effective and viable avenues to win this battle the world is facing".

READ:  How New Zealand appears to have beaten the coronavirus

She says the American decision to part ways with the United Nations health agency during the coronavirus crisis will "weaken international results" in fighting future pandemics.

Russia's coronavirus task force says that 4555 Russians have died of COVID-19 and 396,575 infections have been confirmed overall.

The relatively low mortality rate compared with other countries has prompted skepticism domestically and abroad. 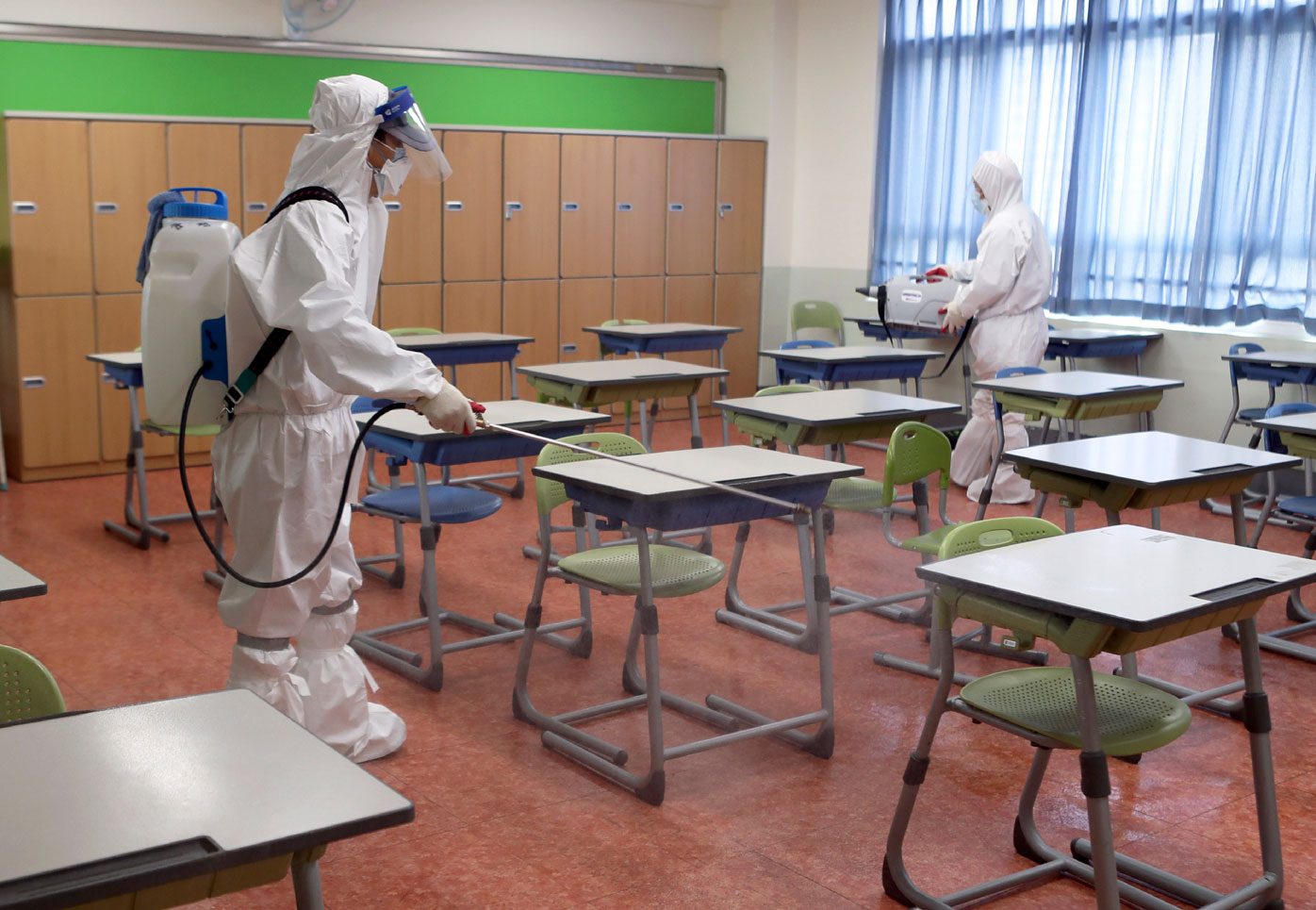 In a bid to dispel suspicions that authorities are trying to lower the death toll for political reasons, Deputy Prime Minister Tatyana Golikova explained Friday that Russia's count contains only those confirmed to have died of the infection, but she also gave figures for people who tested positive for the virus but died of other causes.

If all categories are counted as COVID-19 deaths, the nation's total toll for April would stand at 2713, or nearly 60 per cent more than the previously announced number

Italy's foreign minister is warning that the European Union will "collapse" if governments treat Italians like lepers over the coronavirus and "black list" Europe's one-time virus epicentre during the summer tourism season.

Luigi Di Maio posted a blistering Facebook message Saturday after Greece excluded Italians – as well as nationals from Spain, Britain and other countries with high infection rates – from the list of foreign tourists it will welcome this summer.

Mr Di Maio said competition for tourism is one thing, but he insisted that it be healthy and fair in demanding a European response to the reopening of EU borders after virus lockdowns.

READ:  Another monolith discovered in Britain

He warned: "If you act differently and dislocated, the EU spirit will be lost. And Europe will collapse". 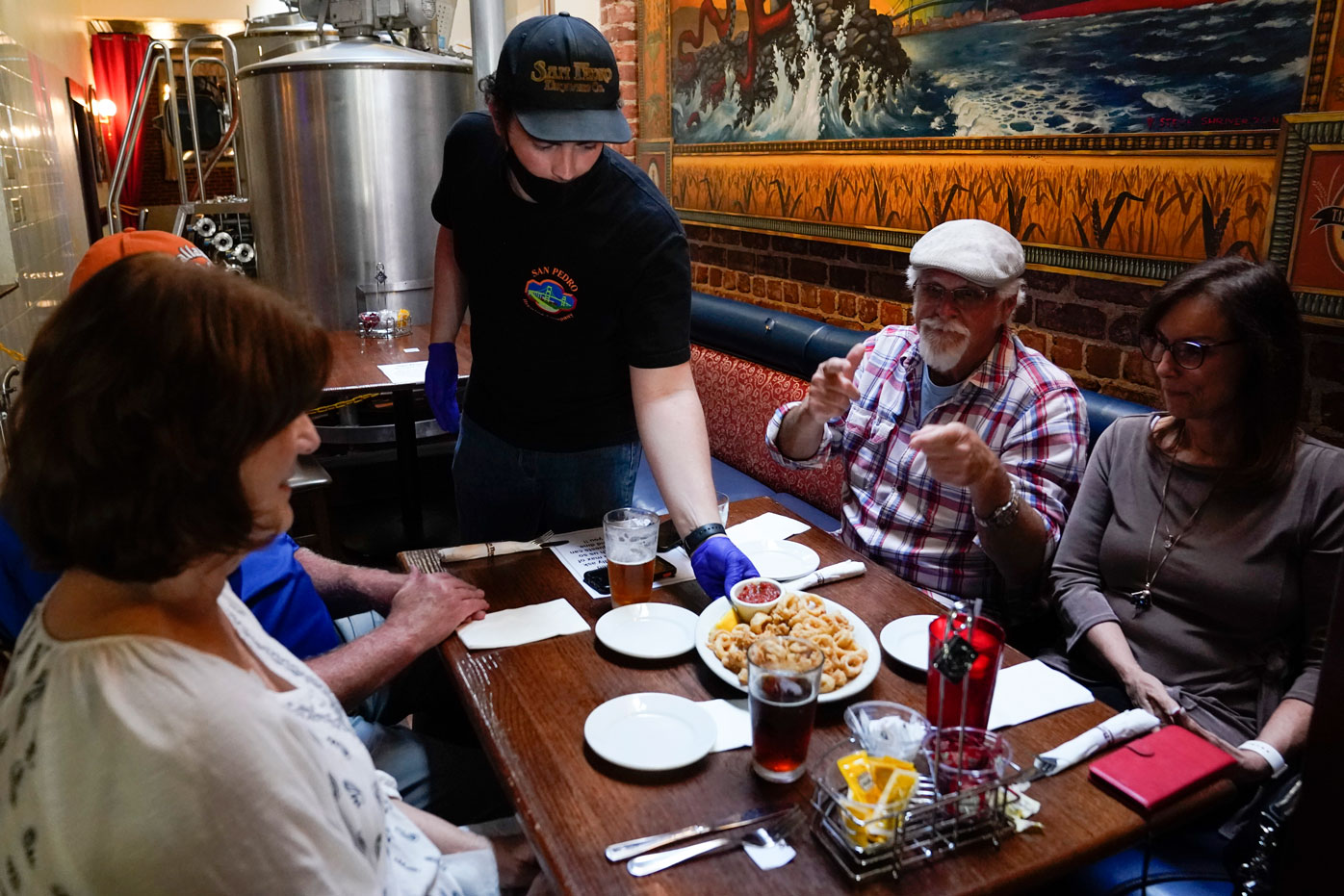 North Macedonia has decided to extend a state of emergency for another two weeks because the coronavirus pandemic shows no sign of slowing down.

President Stevo Pendarovski announced the extension of on Saturday following a meeting of the National Security Council.

Egypt on Saturday ordered its people to wear face masks in public, when taking private transportation, and inside government offices as it eases the partial lockdown imposed during the weeklong Muslim holiday of Eid- el-Fitr.

Prime Minister Mustafa Madbouly said violators will be fined. He said the nationwide curfew will be 8pm to 6am for another two weeks.

Egypt, the Arab World's most populous country, has seen a jump of daily reported infections in the past week, with a total of 879 deaths among 22,082 confirmed cases.

German Chancellor Angela Merkel will not personally attend a meeting in the US with the leaders of the world's major economies if President Donald Trump goes ahead with it, unless the course of the coronavirus spread changes by then, her office said Saturday. 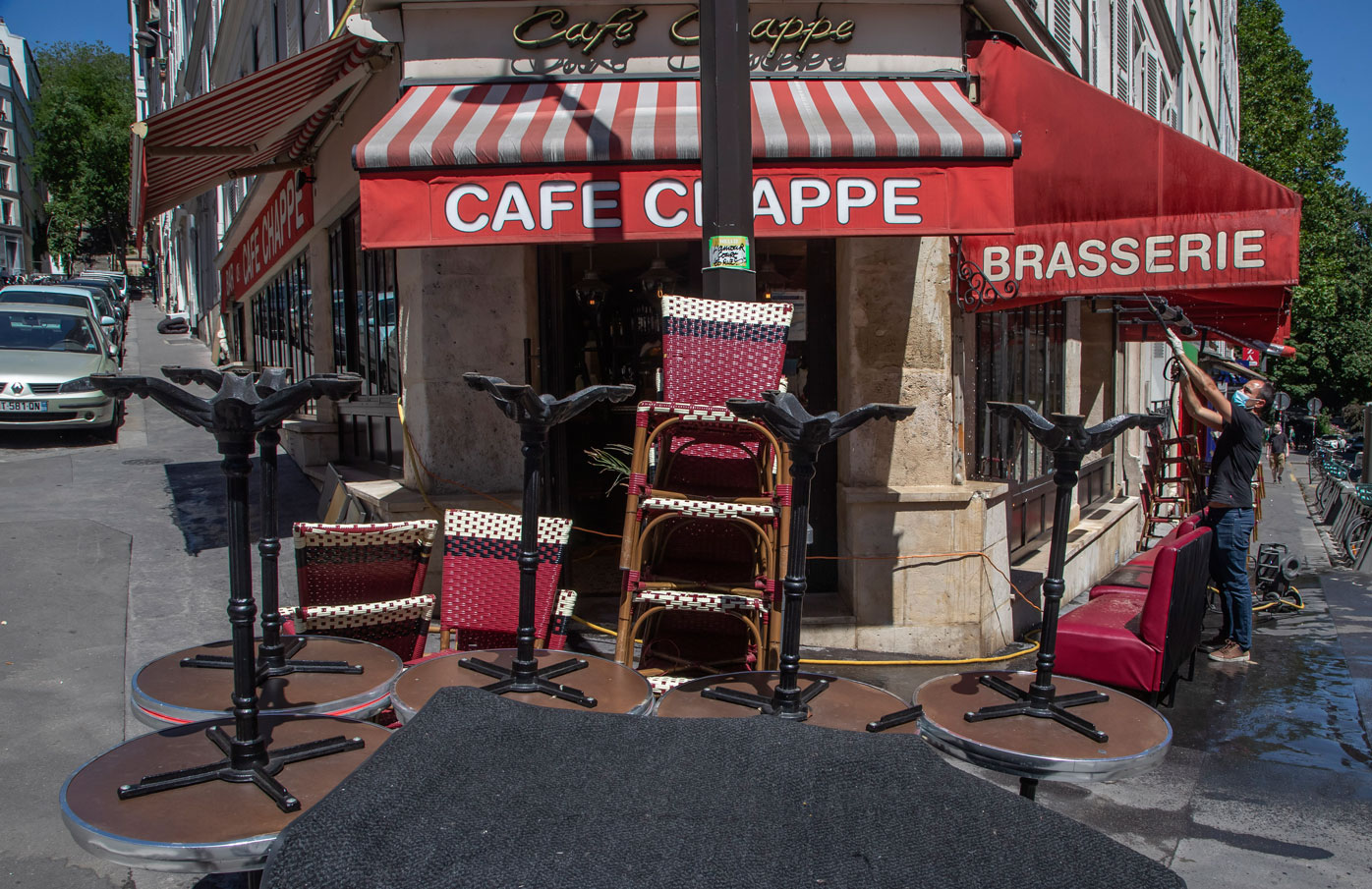 After cancelling the Group of Seven summit, originally scheduled for June 10-12 at Camp David, Mr Trump said a week ago that he was again considering hosting an in-person meeting of world leaders because it would be a "great sign to all" of things returning to normal during the pandemic.

Even as Pakistan recorded its single highest overnight death toll of 78 and its numbers of COVID-19 confirmed cases soared passed 66,000, the country's Civil Aviation Authority announced international flights can resume in and out of Pakistan.

As of Saturday Pakistan had recorded 1395 deaths from COVID-19 since mid-March and daily counts of new cases showed a daily jump of nearly 2500.

South Korea reported 39 new cases of the coronavirus, most of them in the densely populated Seoul metropolitan area, where officials have found more than a hundred infections linked to warehouse workers.

Figures from South Korea's Centers for Disease Control and Prevention on Saturday brought national totals to 11,441 cases and 269 deaths. At least 12 of the new cases were linked to international arrivals.