A rock climber plunged 15 metres down a cliff face at Beecroft Peninsula yesterday afternoon, injuring his spine and hip.

A rock climber plunged 15 metres down a cliff face at Beecroft Peninsula, on the northern headland of Jervis Bay in NSW yesterday afternoon.

The man, 25, landed on a ledge on the cliff face, injuring his spine and hip.

Friends who were with the victim at the time of the incident raised the alarm just before 4pm Saturday, with five ambulance crews, Police Rescue, RFS and the SES all attending. 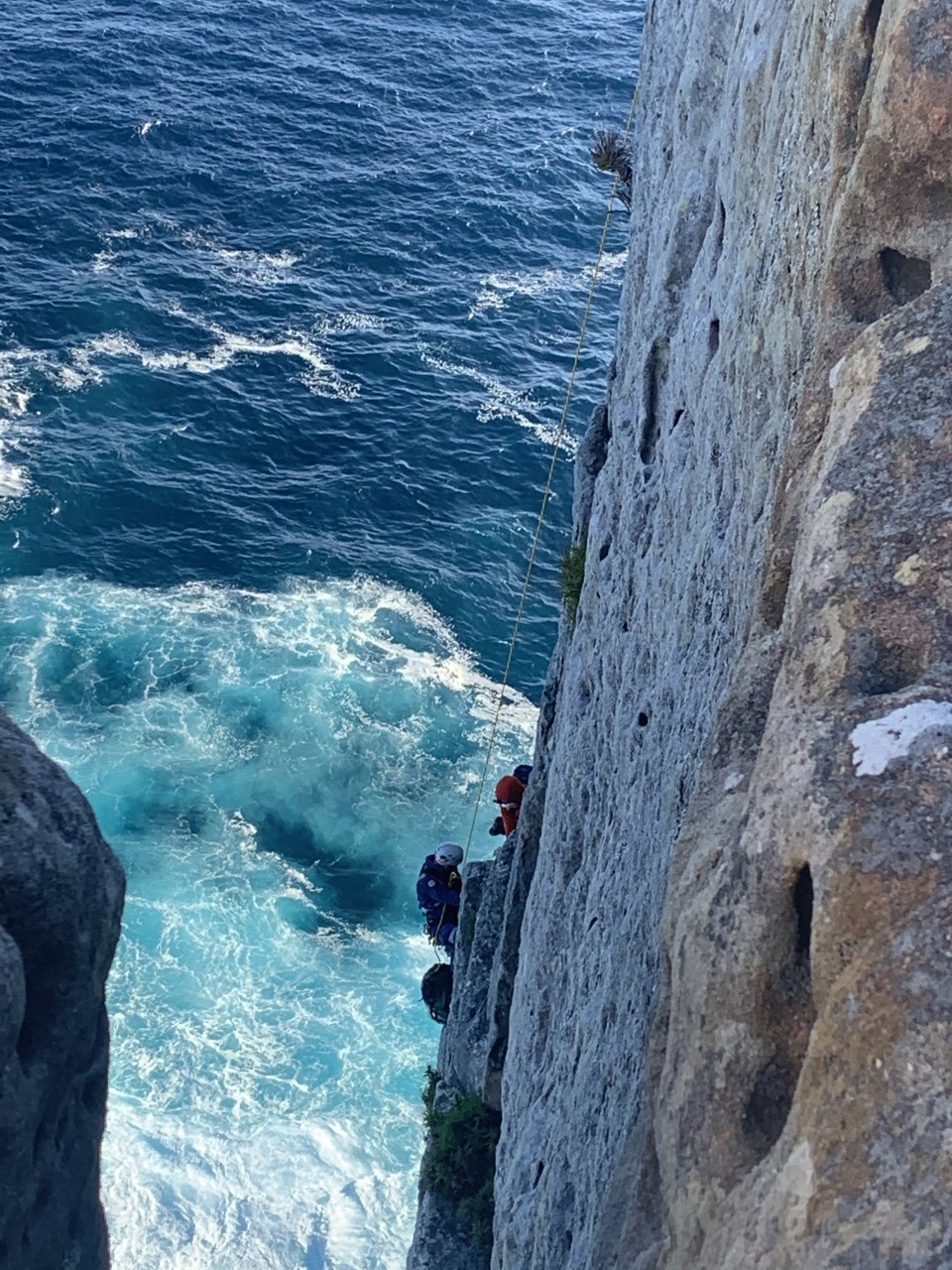 The experienced climber was treated for spinal and hip injuries at the scene before being airlifted to St George Hospital in a stable condition.

Authorities praised the quick-thinking of the man's friends.

"He was very lucky he was climbing with friends at the time," Inspector Faye Stockman, NSW Ambulance said.

"One climbed up and raised the alarm, while the other stayed with him on the ledge until Special Operations Paramedics arrived." 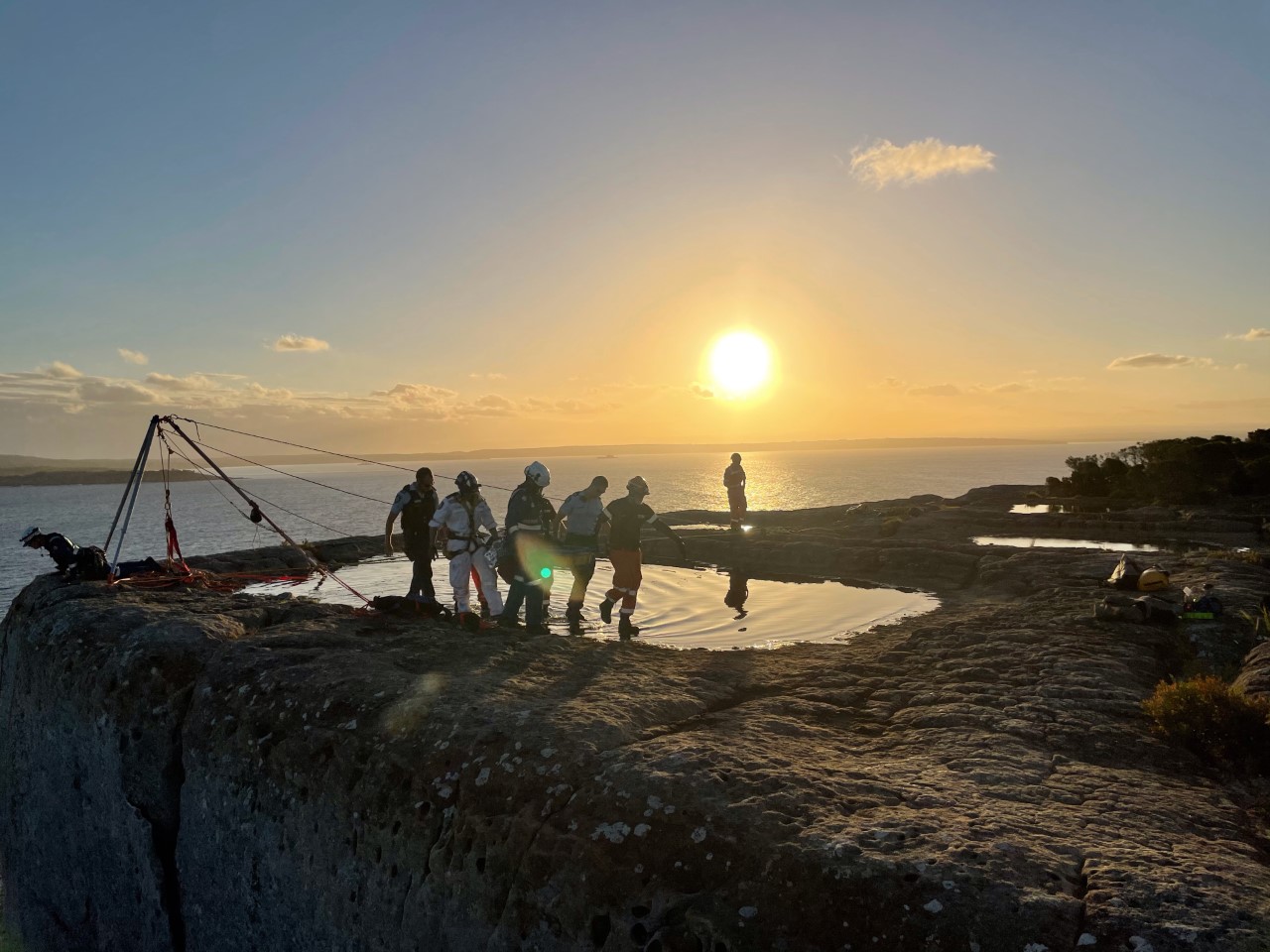 Inspector Stockman said the rescue was in "an extremely difficult location" but was made possible by efforts across the multiple authorities.

"It was a great display of team work between NSW Ambulance, Police Rescue, RFS and the SES.

"Together we successfully executed a plan to extricate the patient from an extremely difficult location." 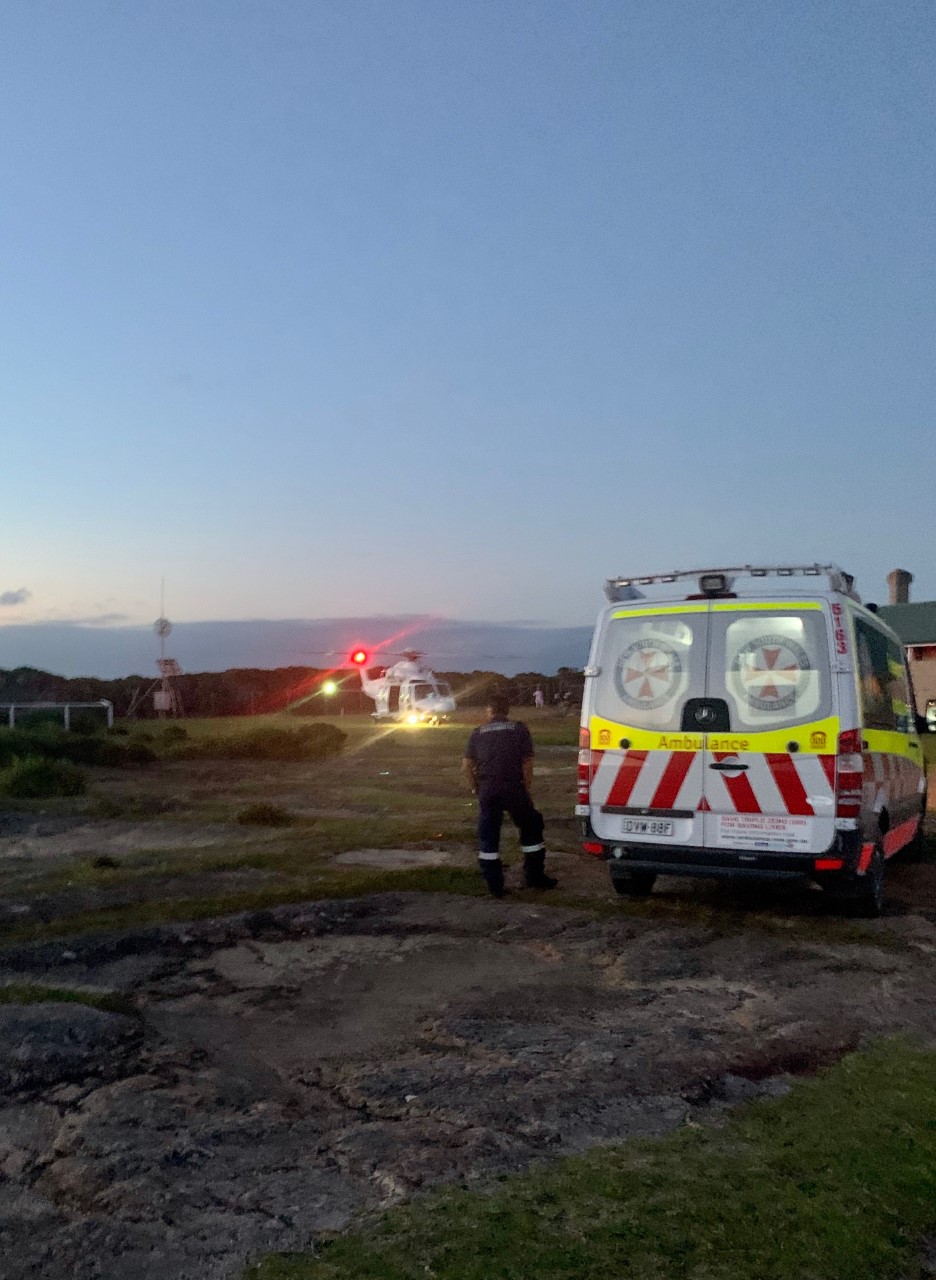