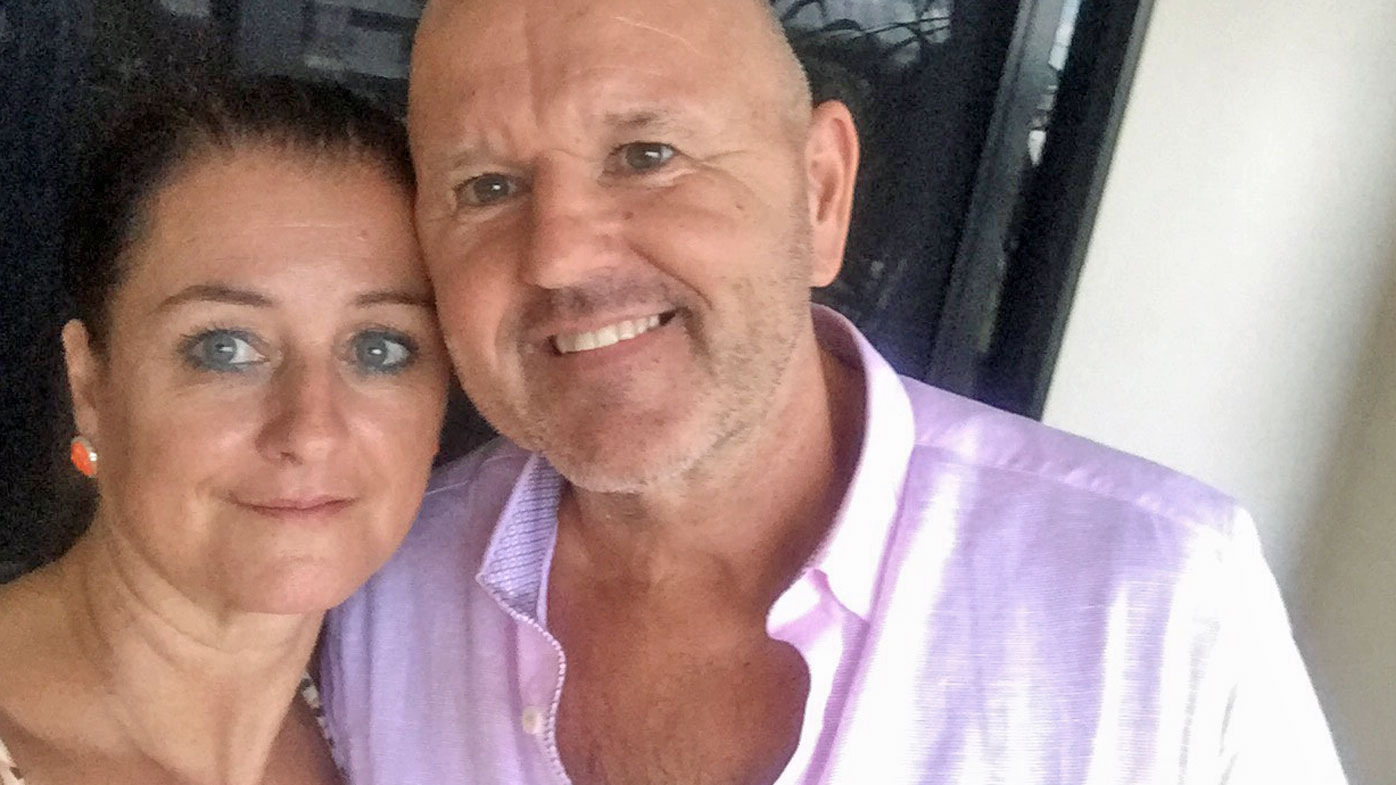 EXCLUSIVE: When robbers broke into Brisbane widow Terry Delaney's apartment on Valentine's Day, they made off with all the usual things like handbags and wallets.

But they also took a box containing one of Mrs Delaney's most precious possessions, perhaps not even understanding the significance of the item inside.

The box held a red diamond Mrs Delaney recently had made in Switzerland with some of her late husband Carl's ashes.

"To the thieves, it's probably not worth anything, they may not even realise it's a diamond, or they might sell it for $100 or something," Mrs Delaney said.

"But, to us, it's irreplaceable. It's like Carl has been taken from me all over again." 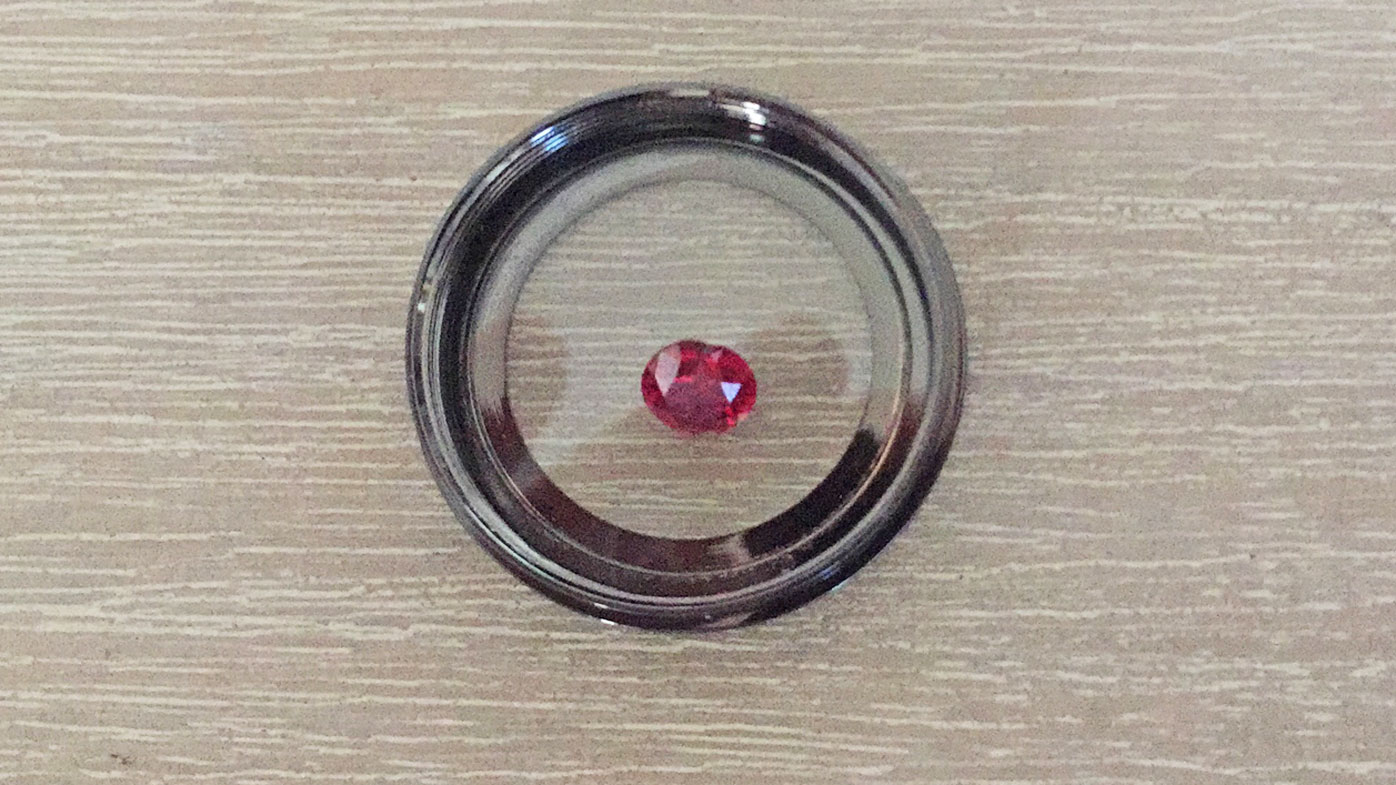 Mrs Delaney said she spent $15,000 and waited almost a year for the diamond to be made.

"I only got in back in December. I was planning to get it made into a necklace. I was just waiting until I had the funds to do it," she said.

Ms Delaney's husband Carl, 56, died in November 2017 in a workplace accident. He had been carrying out repairs on a LNG (liquified natural gas) tank at Japanese Oil company INPEX's Ichthys Project in Darwin.

NT Worksafe said he fell while inside the tank and was engulfed by insulation and suffocated.

Two companies involved in the incident that led to Mr Delaney's death - Kawasaki Heavy Industries Ltd and Whittens Group Pty Ltd - have been charged with failing to comply with a health and safety duty. The case is currently before the courts.

Mrs Delaney said that the robbery had been particularly distressing for the family as everyone was still trying to come to terms with her husband's tragic death.

READ:  Govt must rein in tech giants before it’s too late for Australian media

"My son is sort of blaming himself because he was home (at the time of the robbery). He feels it's his fault but obviously it's not," Mrs Delaney said. 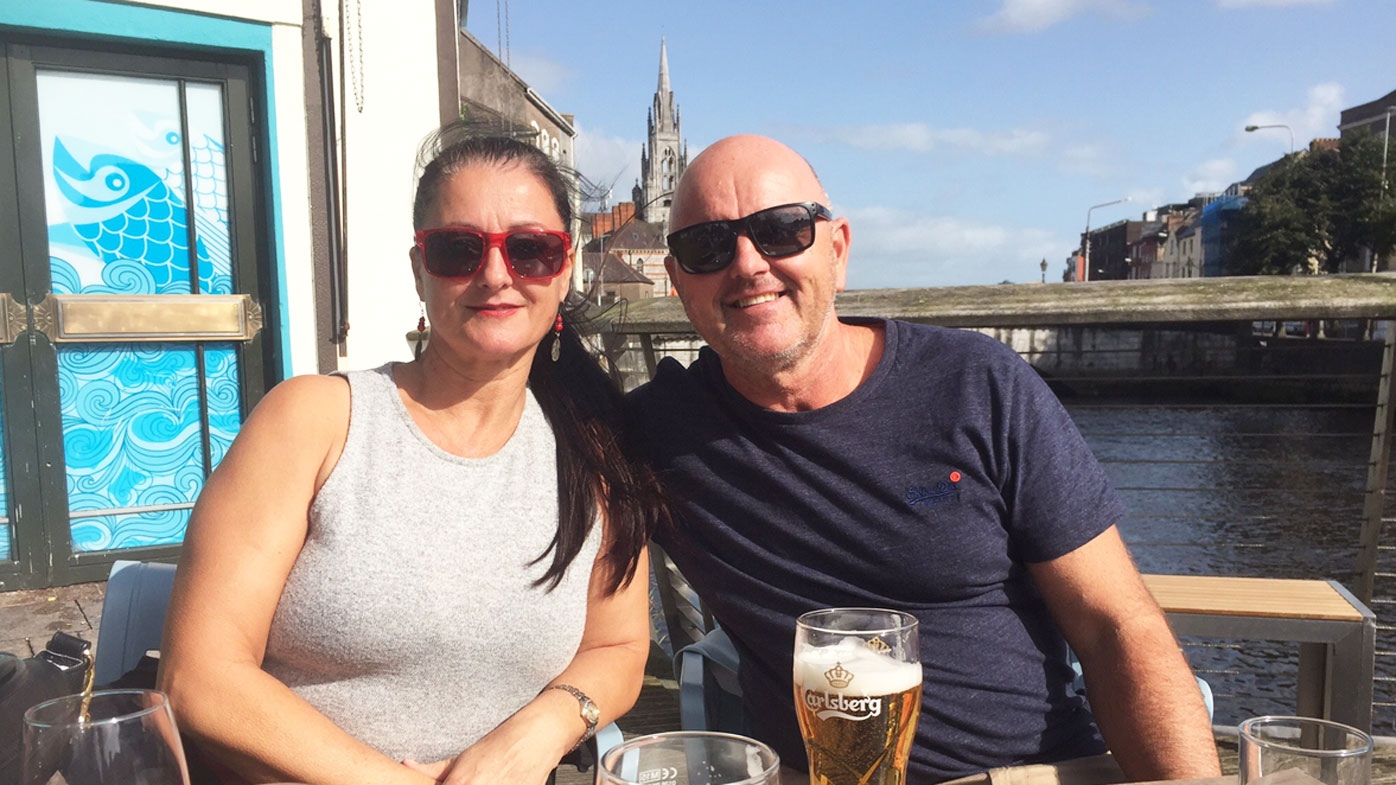 Mrs Delaney was housesitting another property when the robbery happened at 1.30am on February 14, however her son and his friend were asleep in one of the bedrooms.

The thieves scaled the outside wall of the Kangaroo Point apartment and broke in through the balcony five storeys up.

"My son had left his wallet which they took, and his friend had her bag on the kitchen top which they also took," Mrs Delaney said.

The diamond was sitting on a bookshelf in a jewellery box near her husband's ashes, Mrs Delaney said.

A spokesperson for Queensland Police said Mrs Delaney's apartment was one of two robbed on the same night at Kangaroo Point.

In the second robbery, thieves also entered the unit though the balcony.

Investigations into the break and enters were continuing, the spokesperson said.

Mrs Delaney said the diamond was distinctive because of its red colour and it also had a small chip on one of its edges.

The widow said she wanted to make an appeal for anyone who might come across the stone to come forward.

Mrs Delaney she also hoped the thieves might hand the stone in if they knew of its significance.

"Maybe if they have a bit of human decency and they release what it is they will hand it in," she said.