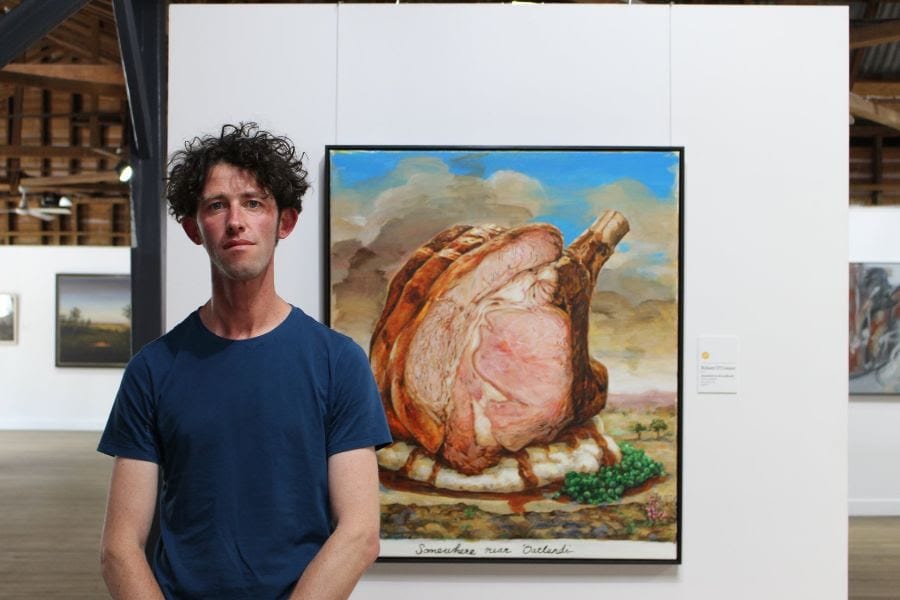 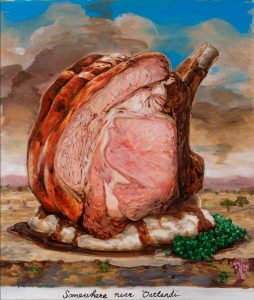 Judge Chris Saines said the artwork Somewhere on the midlands made him think about the landscape we lived in and what we had done to it. “I think for all of us it was that sense of both wonderful absurdity and brilliant painting.”

Celebrating the legacy of John Glover, The John Glover Art Prize (Glover Prize) has become one of Australia’s most significant awards for landscape painting, open to artists from anywhere in the world.

The exhibition of finalists’ paintings is held over the March long-weekend in the historic Falls Park pavilion in Evandale, a village on the northern plains of Tasmania.

It is awarded annually by The John Glover Society Inc. for the work judged the best contemporary landscape painting of Tasmania. Landscape painting is defined in its broadest sense. The aim is to stimulate conversations about the meaning and possibilities expressed in the words landscape, painting and Tasmania.

The winner receives $50,000 plus a bronze maquette of colonial artist John Glover, designed by Peter Corlett and valued at $5000.

The Glover Prize is acquisitive, selected from around 40 works chosen by a panel of eminent judges.

“Things were going pretty good,” said O’Connor. “Then Europeans arrive, erect fences and place foreign livestock on the land, now we’re cooked. I can hardly see the landscape with all of this stuff in the way.”

Other works of Rob O’Connor can be seen here.

The Glover Art Prize 2020 finalists are listed below.

READ:  Outrage after beach in Spain in sprayed with bleach to kill coronavirus germs