As emergency orders are lifted and beaches and businesses reopen, add protests to the list of concerns about a possible second wave of coronavirus outbreaks.

The mayor of Atlanta, one of dozens of US cities hit by massive protests after the police killing of a black man, has a message for demonstrators: "If you were out protesting last night, you probably need to go get a COVID test this week."

As emergency orders are lifted and beaches and businesses reopen, add protests to the list of concerns about a possible second wave of coronavirus outbreaks.

It's also an issue from Paris to Hong Kong, where anti-government protesters accuse police of using social distancing rules to break up their rallies.

UPDATES: Riots spread across the US

Health experts fear that silent carriers of the virus who have no symptoms could unwittingly infect others at gatherings with people packed cheek to jowl and cheering and jeering, many without masks. 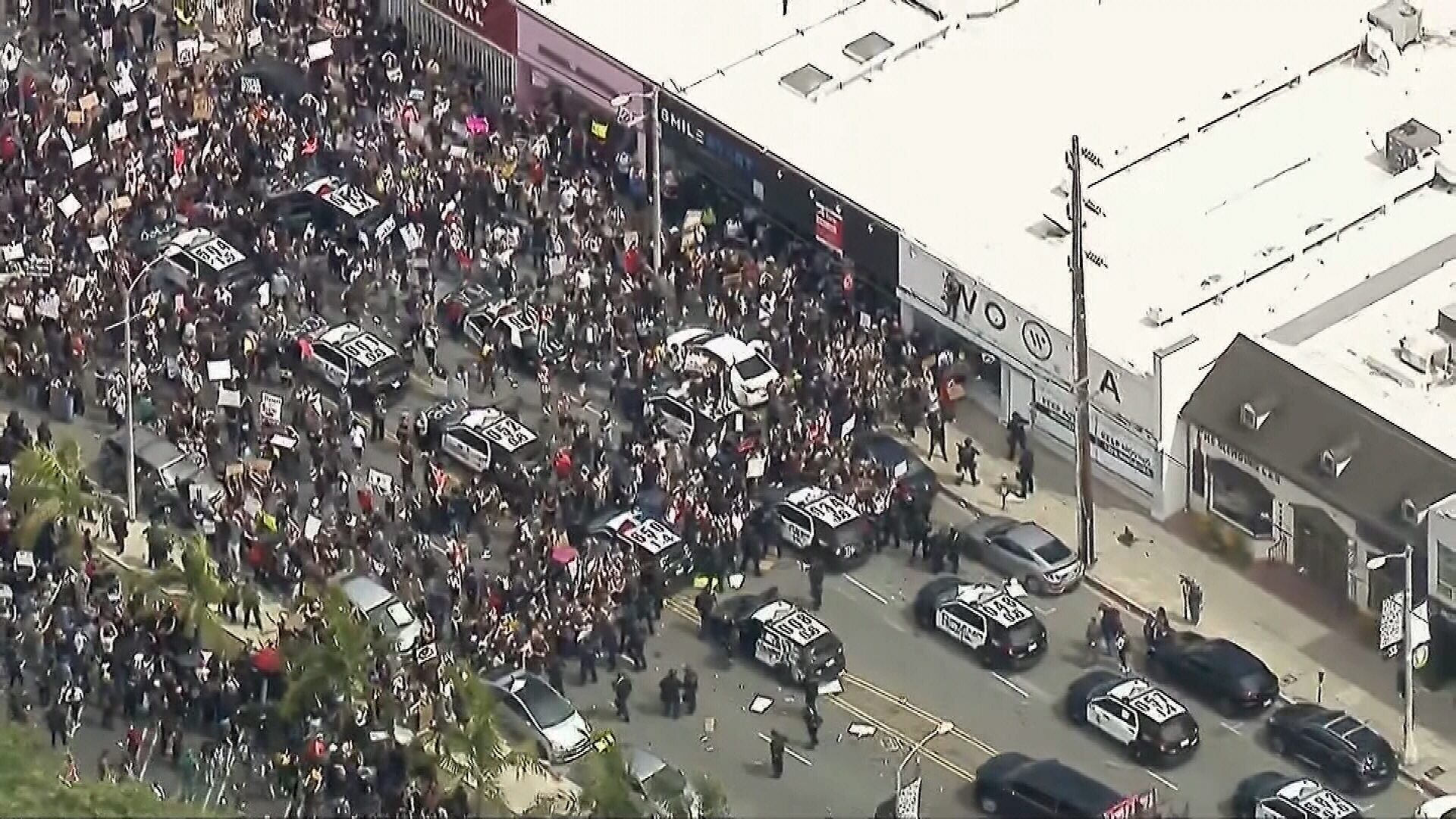 "Whether they're fired up or not that doesn't prevent them from getting the virus," said Bradley Pollock, chairman of the Department of Public Health Sciences at the University of California, Davis.

One protester said she has no choice.

"It's not OK that in the middle of a pandemic we have to be out here risking our lives," Spence Ingram, a black woman, said after marching with other protesters to the state Capitol in Atlanta on Friday.

Gallery: US erupts into violence after George Floyd's death

Minnesota Gov. Tim Walz said after another night of unrest in Minneapolis that many protesters wearing masks were simply trying to hide their identities and "cause confusion and take advantage of this situation." 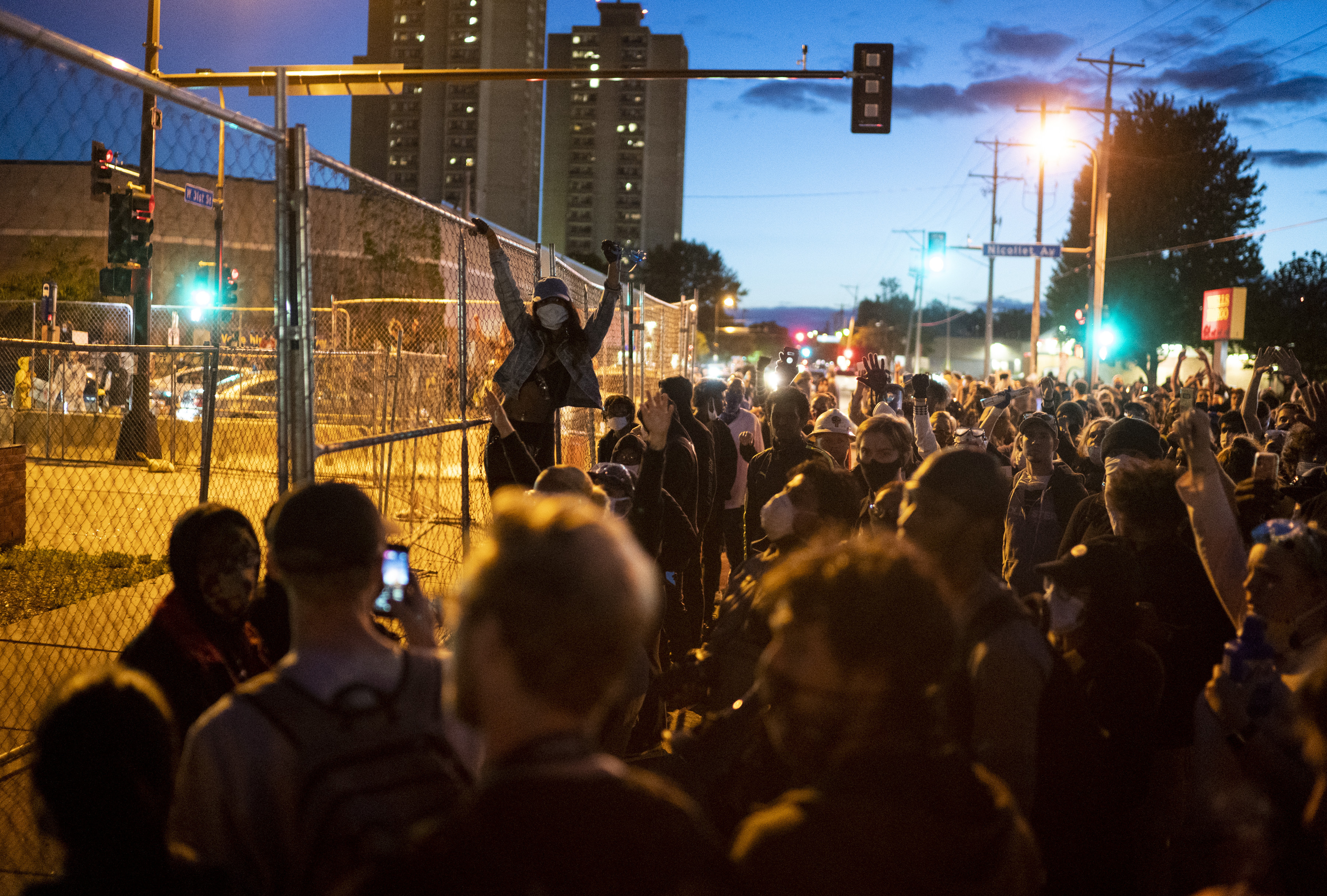 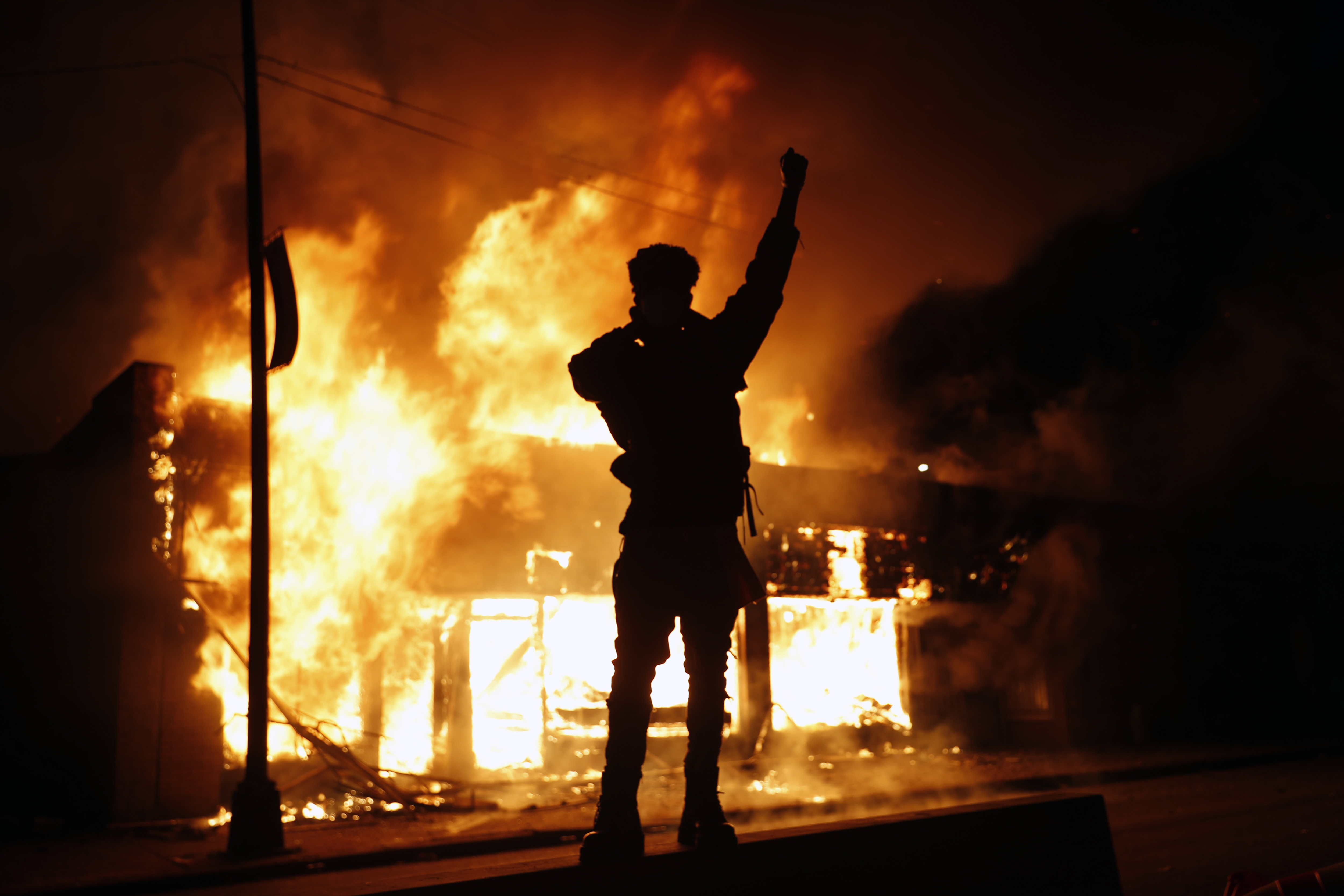 The protests started in Minneapolis following the death there of George Floyd last Monday after a white officer pressed a knee into the black man's neck.

The state's health commissioner has warned that the protests were almost certain to fuel new cases of the virus. Minnesota reported 35 deaths on Thursday, a single-day high since the start of the outbreak, and 29 more on Friday.

"We have two crises that are sandwiched on top of one other," Minneapolis Mayor Jacob Frey said.

The protests come at a time when many U.S. cities are beginning to relax stay-at-home orders. When Los Angeles officials announced the reopening of stores last week, they said political protests could resume but with a cap of 100 people.

That didn't stop several hundred people from showing up for a protest that shut down a freeway. Most wore masks, but many did not observe a buffer zone.

Even for the many protesters who have been wearing masks, those don't guarantee protection from the coronavirus.

The US Centers for Disease Control and Prevention recommends cloth masks because they can make it more difficult for infected people to spread the virus — but they are not designed to protect the person wearing the mask from getting it.

In Europe, unions in Paris flouted a ban on large gatherings Saturday at a march to protest conditions for workers in the country illegally.

Police used tear gas to disperse the crowds and said they had banned the march due to the "health risks that such an event is likely to generate." 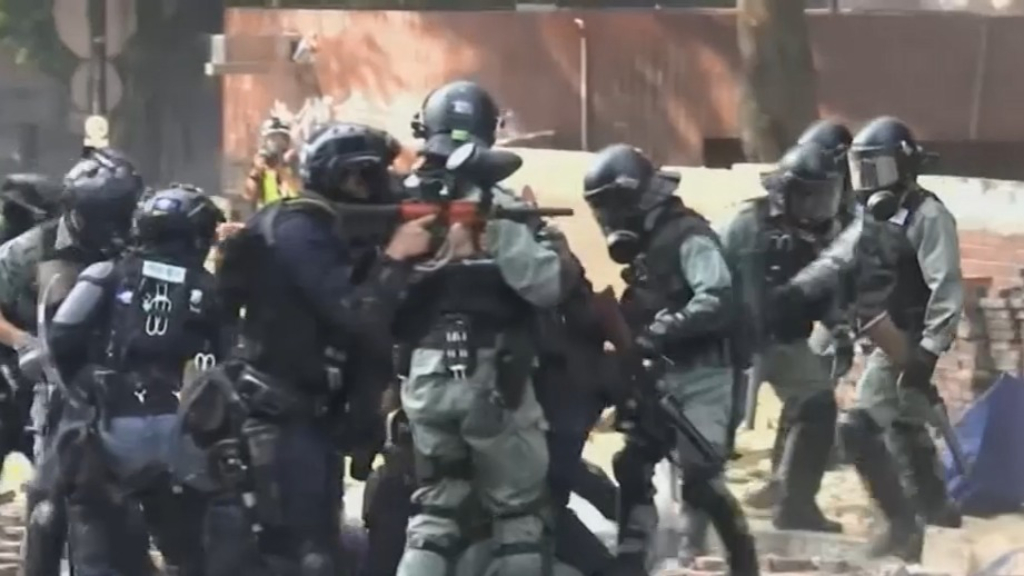 A ban on gatherings of more than eight people has been extended to June 4, the day of an annual candlelight vigil to mark the Chinese military's 1989 crackdown on pro-democracy demonstrators in Beijing's Tiananmen Square.

More than 6 million coronavirus infections have been reported worldwide, with over 368,000 deaths and more than 2.5 million recoveries, according to the Johns Hopkins tally.

The true death toll is widely believed to be significantly higher, with experts saying many victims died of the virus without ever being tested for it.

The US has been worst hit by the coronavirus outbreak, with more than 1.7 million cases and over 103,000 deaths, according to the tally.

In South America, the city of Bogota, Colombia, will lock down an area of nearly 1.5 million people where cases are continuing to raise.

Mayor Claudia Lopez said Saturday that no one in the working-class Kennedy area — inaugurated by late US President John F. Kennedy in 1961 — will be allowed out, except to seek food or medical care or in case of an emergency.

Factories that had been allowed to operate will be ordered closed.

The area has reported more nearly 2,500 cases and hospitals are reaching maximum capacity.

Elite sporting events will be allowed to resume in England starting Monday, but without spectators, paving the way for the planned June 17 return of the Premier League, the world's richest soccer competition.

England's deputy chief medical officer Jonathan Van-Tam warned that the situation overall remained precarious. "I believe this is also a very dangerous moment," he said. "We have to get this right."