Riot police fired tear gas as scattered protesters in Paris pelted them with debris and set fires during an unauthorized demonstration against racial injustice and heavy-handed police tactics.

Riot police fired tear gas as scattered protesters in Paris pelted them with debris and set fires during an unauthorized demonstration against racial injustice and heavy-handed police tactics.

Several thousand people had previously rallied peacefully for two hours at the main Paris courthouse as global outrage over what happened to George Floyd in the United States kindled frustrations across borders and continents. 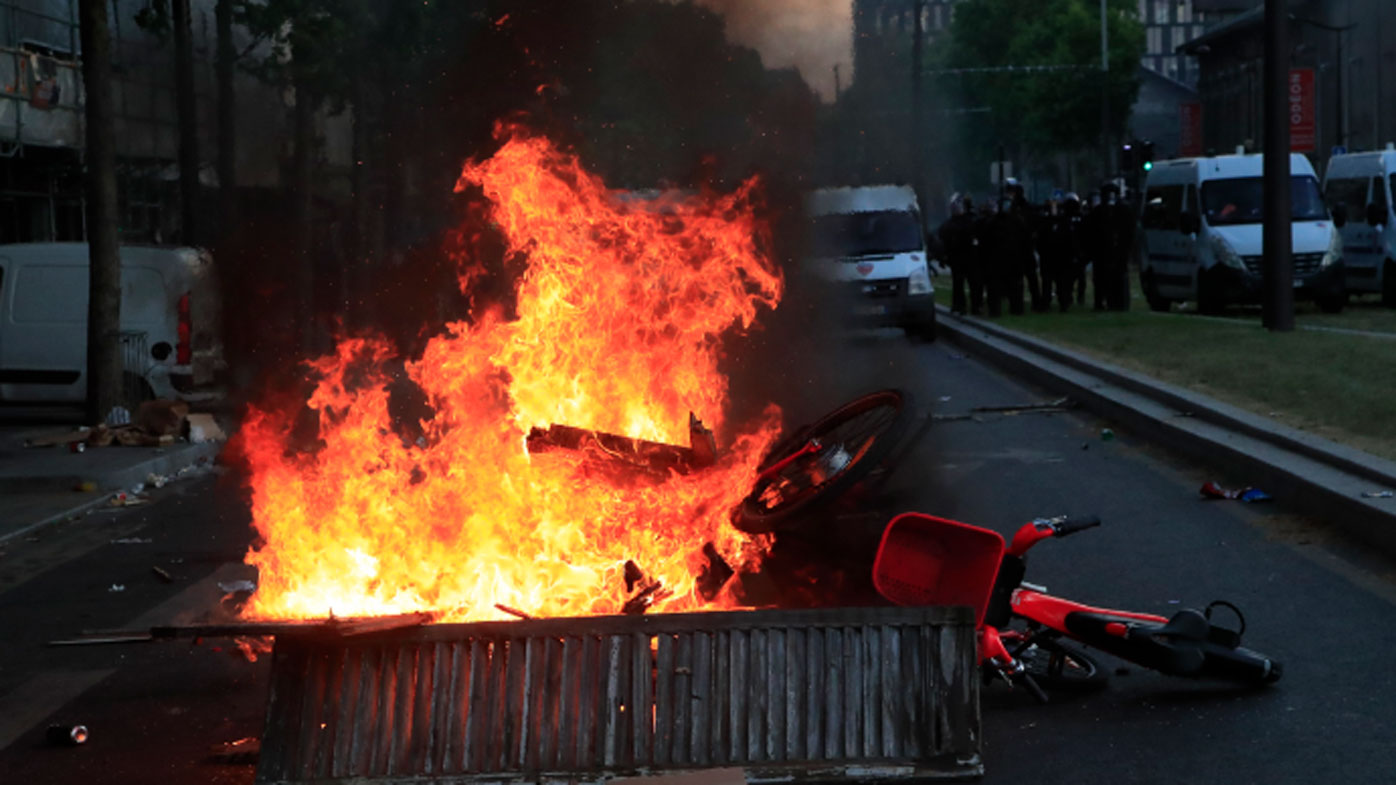 Police had banned the protest because of coronavirus restrictions that had forbidden any gathering of more than 10 people. 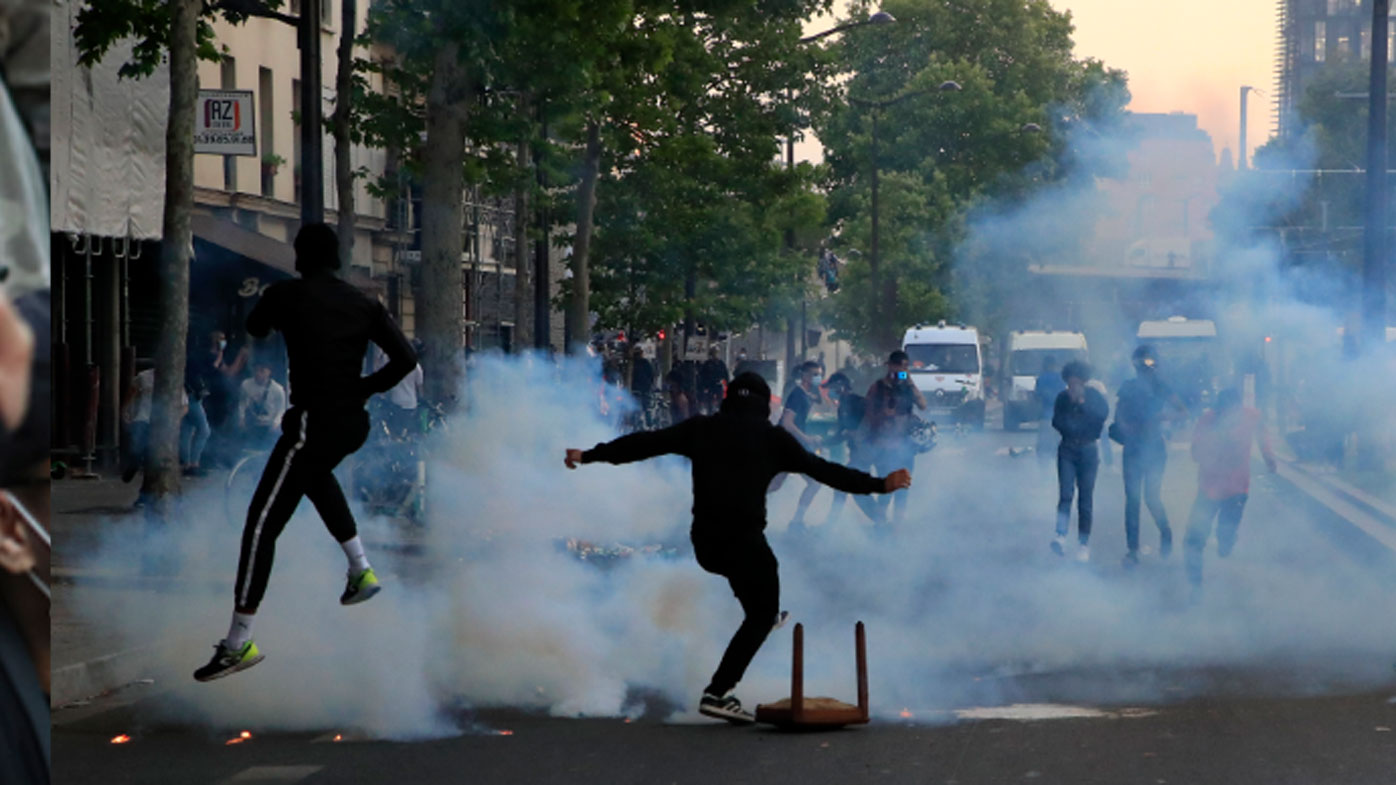 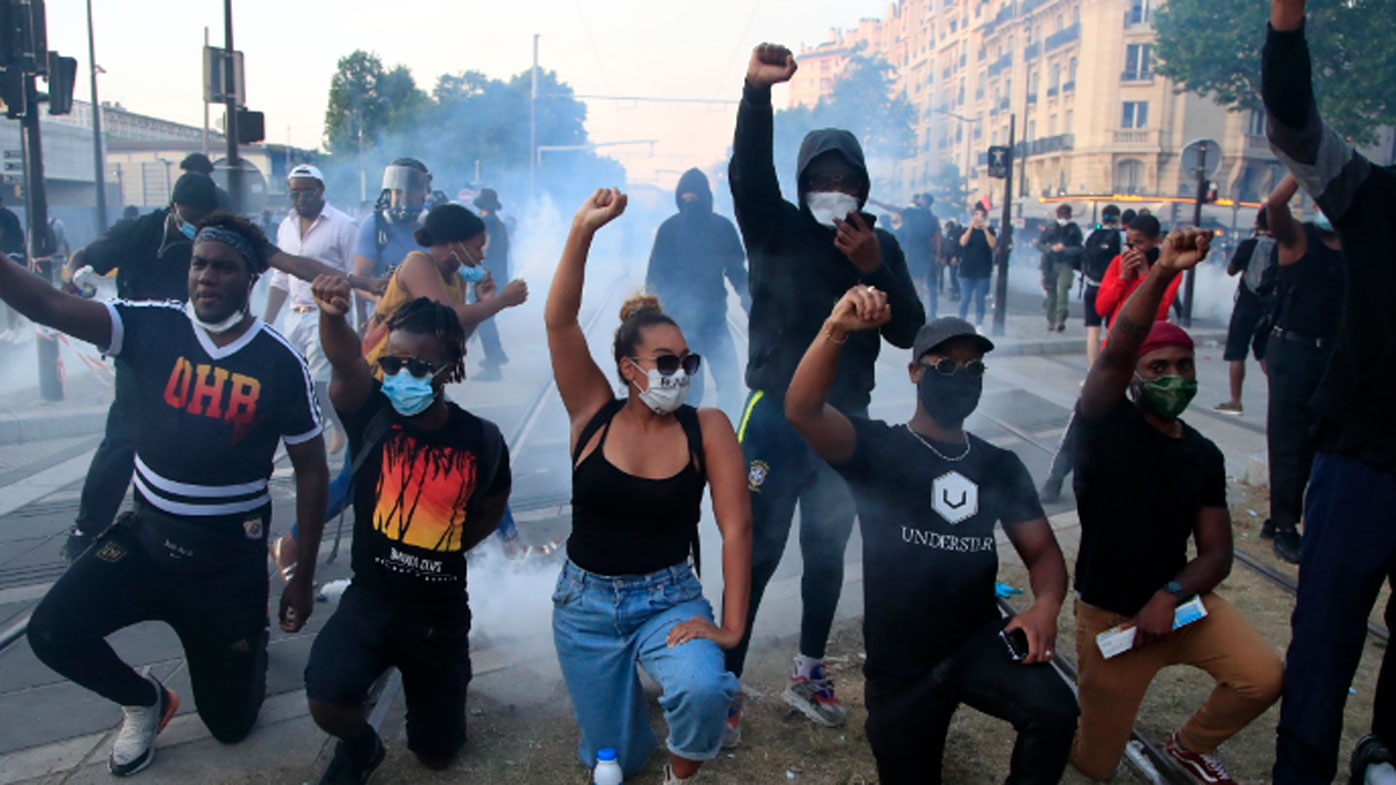 As the demonstration wound down, police fired tear gas and protesters could be seen throwing debris.

Two small fires broke out, and green and gray barriers surrounding a construction site were knocked over.

Tensions also erupted at a related protest in the southern city of Marseille.

Earlier, thousands marched in Sydney, chanting "I can't breathe," and expressions of anger erupted in multiple languages on social networks, with thousands of Swedes joining an online protest and others speaking out under the banner of #BlackOutTuesday. 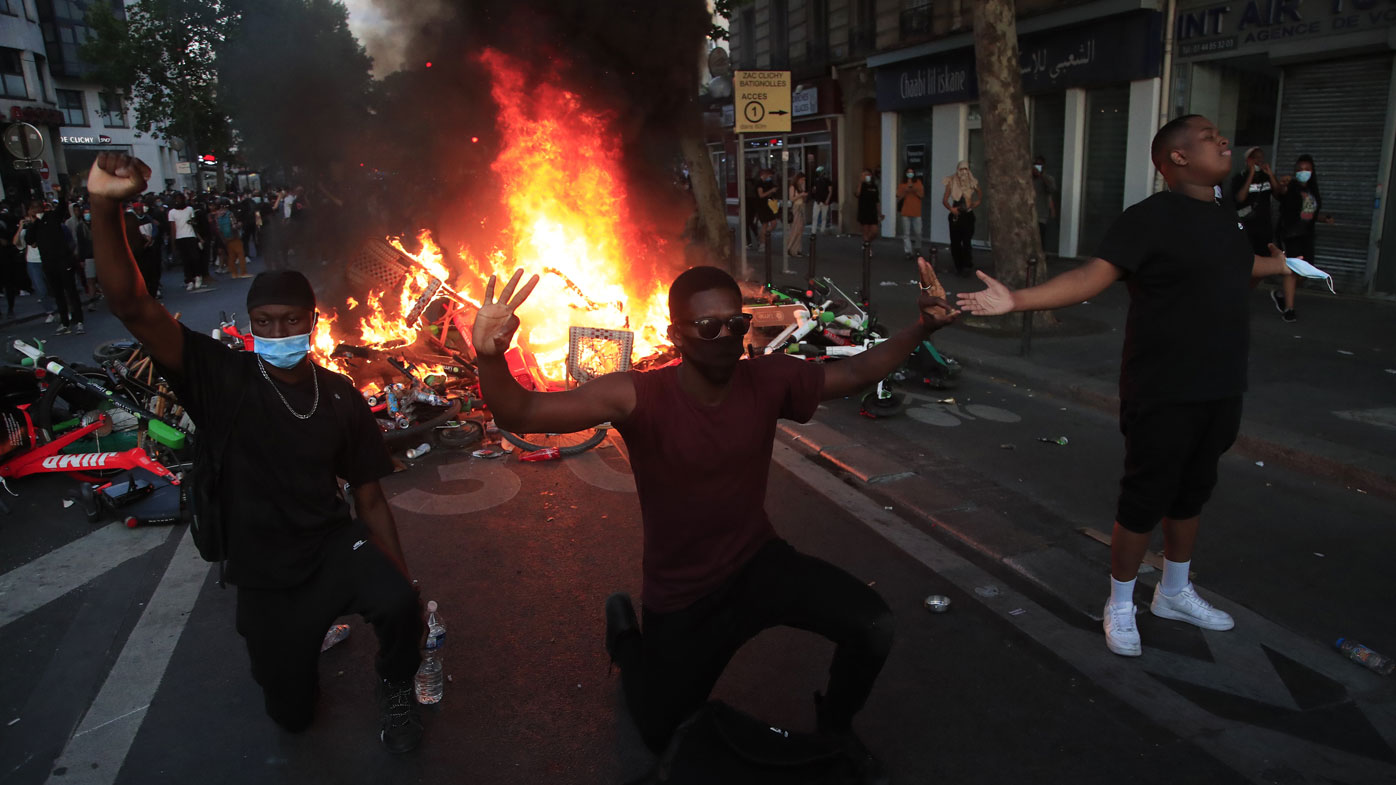 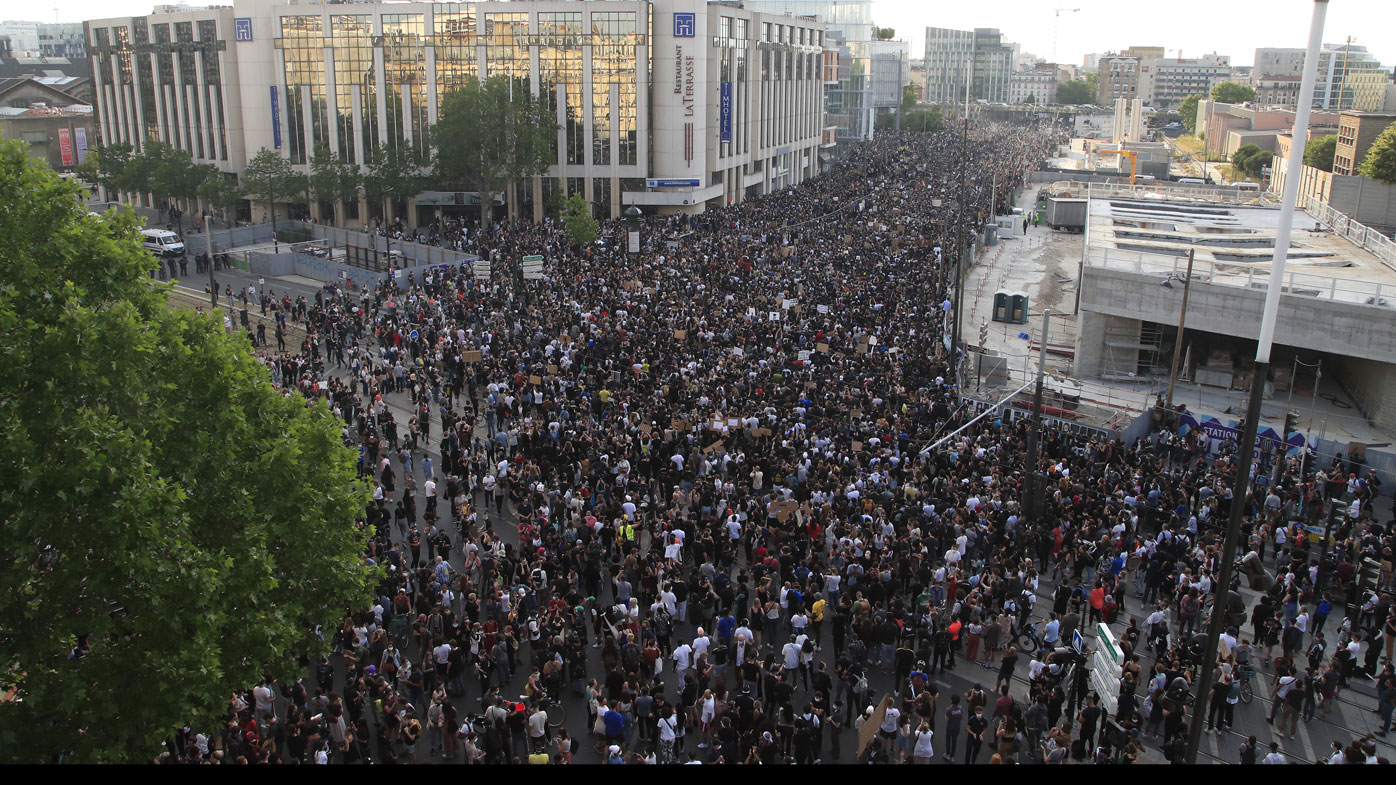 Diplomatic ire percolated too, with the European Union's top foreign policy official saying the bloc was "shocked and appalled" by Floyd's death. 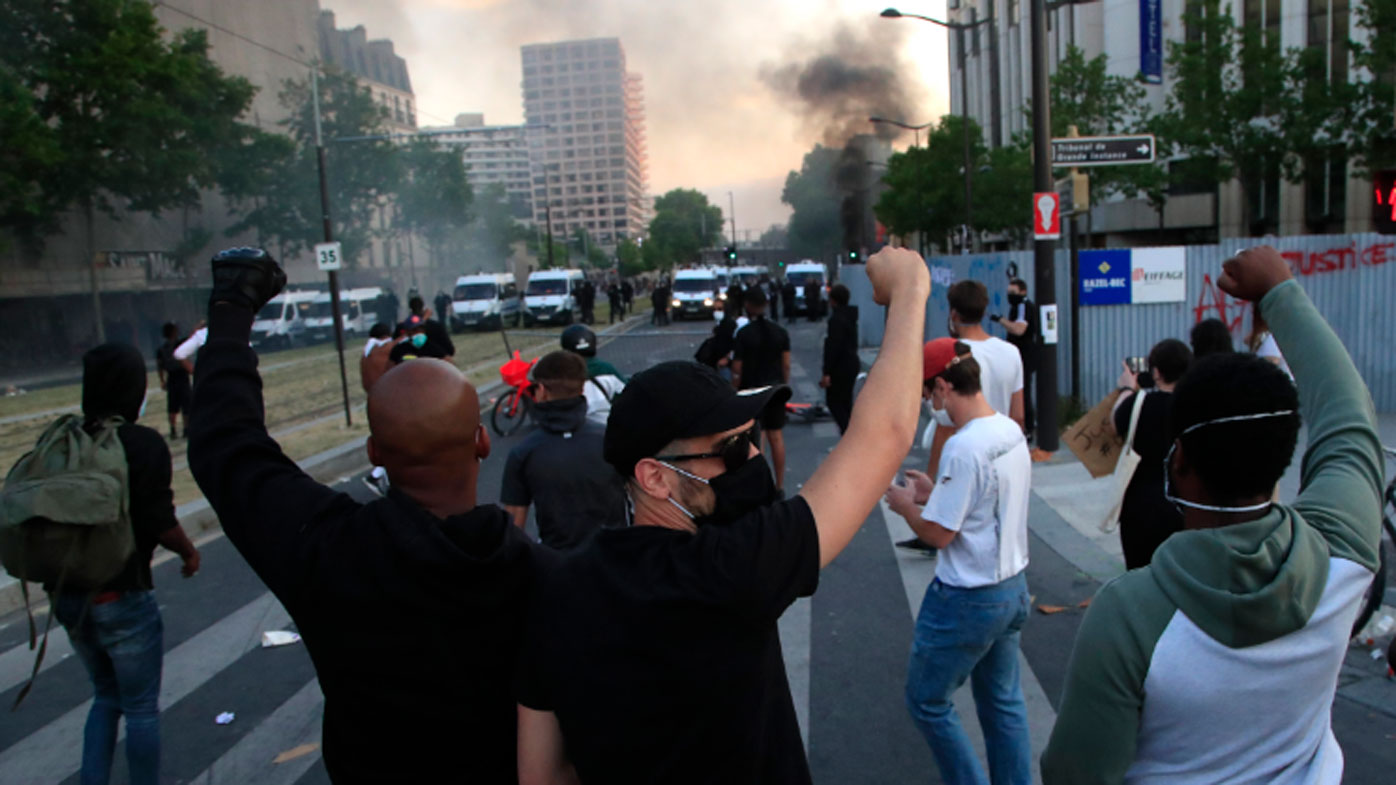 "When you refuse to treat the problem of racism ... it leads to what we see in the United States," said Dominique Sopo, head of French activist group SOS Racisme. "The case of George Floyd echoes what we fear in France."

Floyd died last week after a police officer pressed his knee into his neck for several minutes even after he stopped moving and pleading for air. The death set off protests that spread across America - and now, beyond. 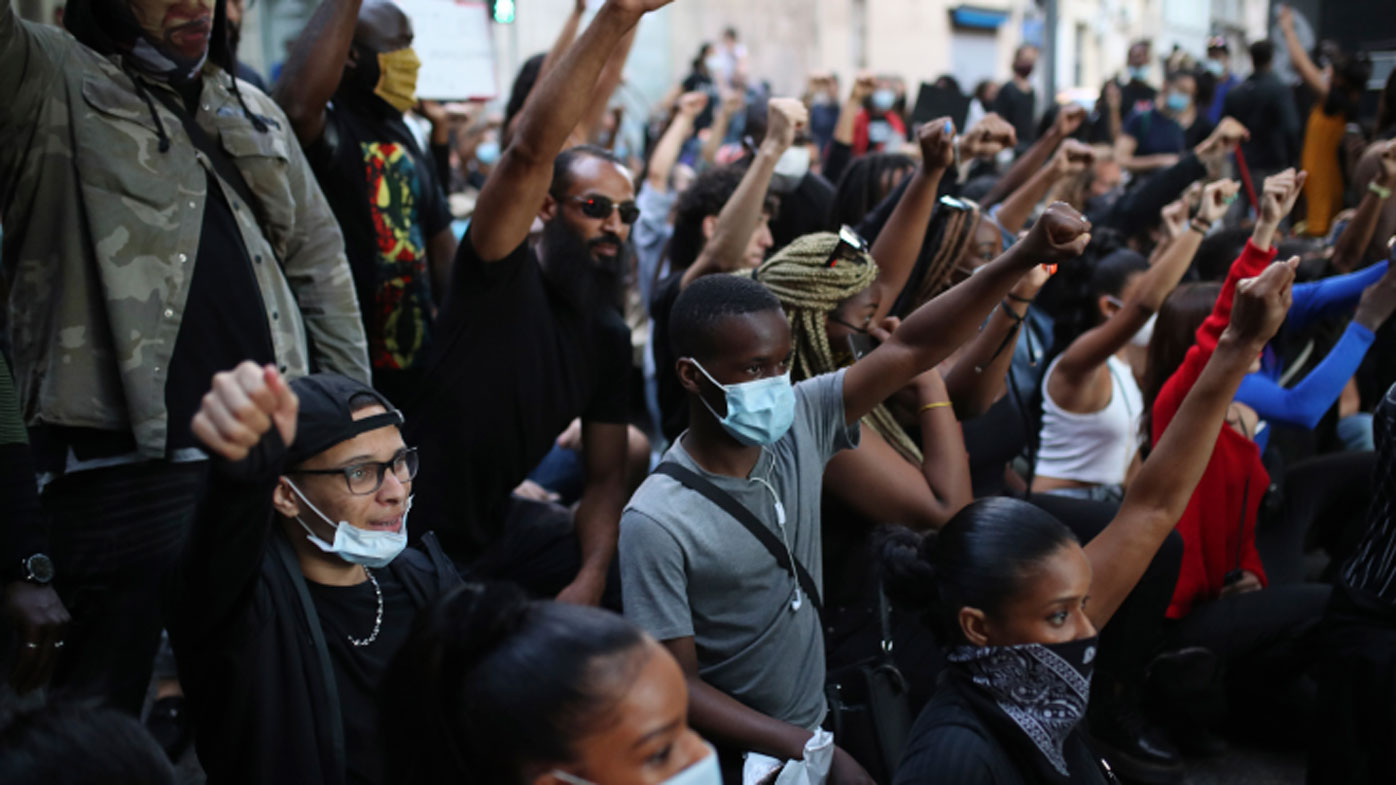 Fears of the coronavirus remain close to the surface and were the reason cited by the police for banning Tuesday's protest at the main Paris courthouse. Gatherings of more than 10 people remain banned in France as part of virus confinement measures.

But the Paris protest plans drew attention online, and demonstrators showed up anyway. Demonstrations also were held in other French cities in honor of Traore, who died shortly after his arrest in 2016, and in solidarity with Americans demonstrating against Floyd's death. 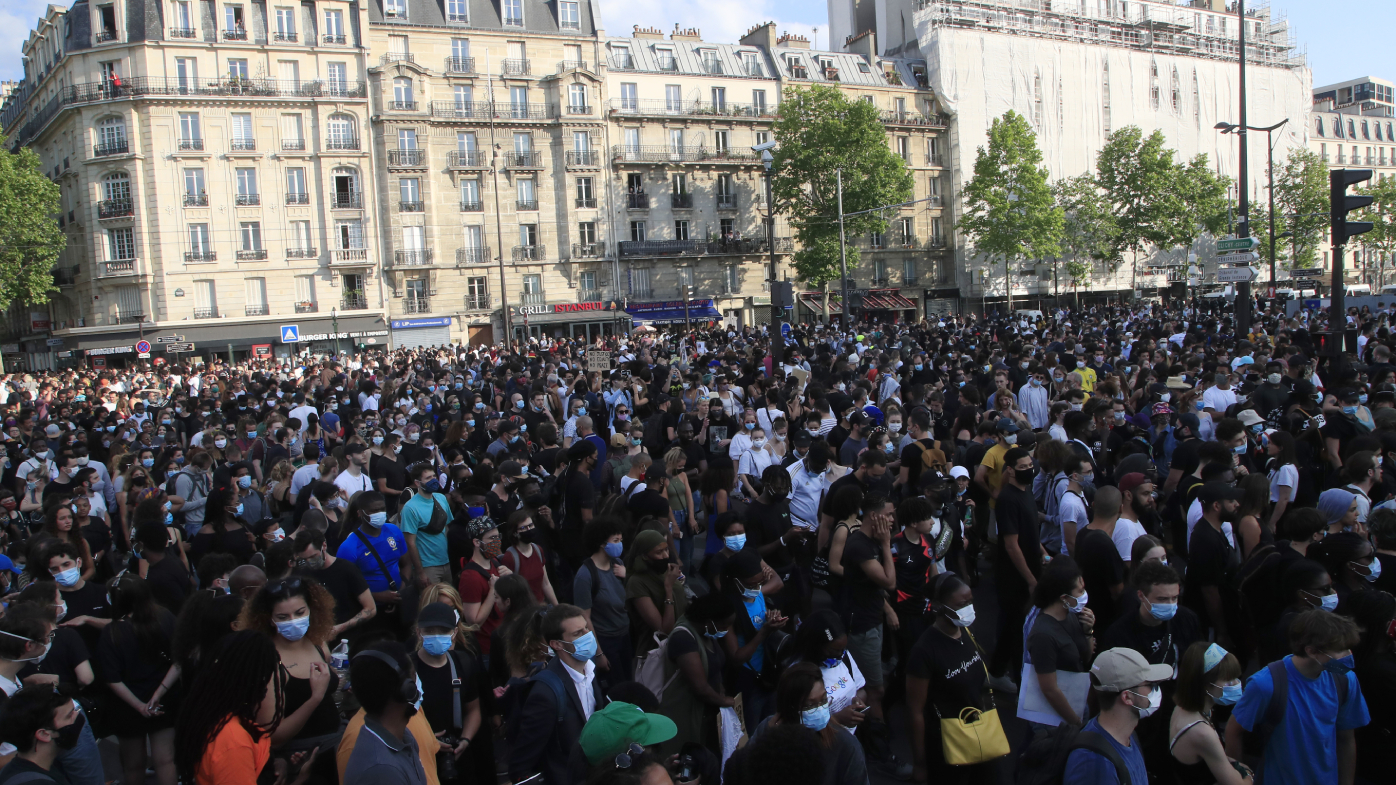 The Traore case has become emblematic of the fight against police brutality in France. The circumstances of the death of the 24-year-old Frenchman of Malian origin are still under investigation after four years of conflicting medical reports about what happened.

The lawyer for two of the three police officers involved in the arrest, Rodolphe Bosselut, said the Floyd and Traore cases "have strictly nothing to do with each other." Bosselut told The Associated Press that Traore's death wasn't linked with the conditions of his arrest but other factors, including a pre-existing medical condition.

Traore's family says he died from asphyxiation because of police tactics - and that his last words were "I can't breathe."

"I can't breathe" were also the final words of David Dungay, a 26-year-old Aboriginal man who died in a Sydney prison in 2015 while being restrained by five guards.