A man has been charged after three men were injured in a brawl that erupted after a football game in Sydney.

A man has been charged after three men were injured in a brawl that erupted after a football game in Sydney yesterday.

Riot squad police were forced to break up the fight between spectators, who were "armed with weapons" on West Botany Street, Rockdale, just after 5pm on Sunday, police said.

The National Premier Leagues NSW match between Rockdale Ilinden and Sydney United ended with the brawl spilling out onto the street, with the wild scenes filmed by onlookers. 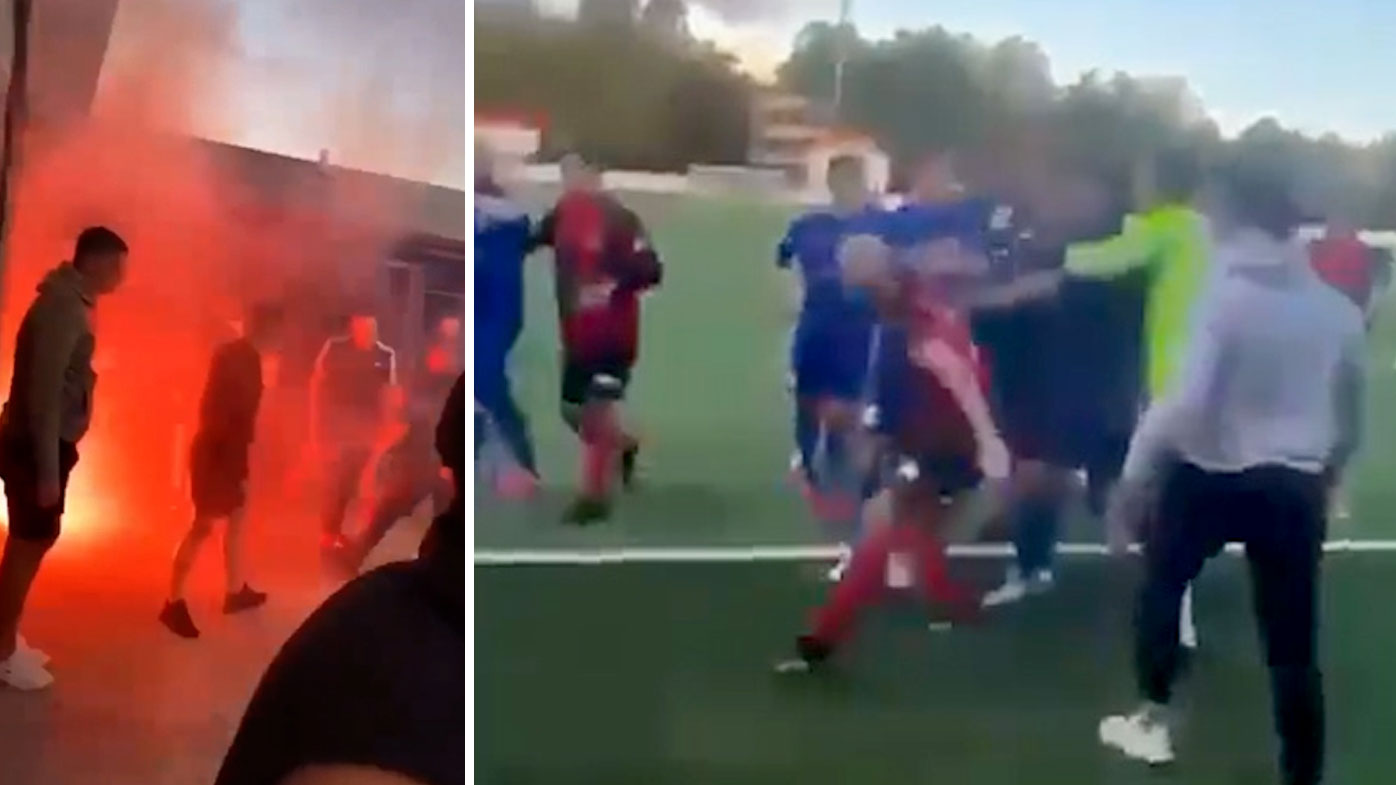 "Police have been told the men were armed with metal star pickets, bricks, flares and plastic crates," a NSW Police statement read.

The crowd started to disperse when officers from St George Police Area Command and the riot squad moved in.

A strike force, named Azure, has been formed to investigate the incident.

A 23-year-old man has been charged with being armed with intent to commit indictable offence and riot.

The man, from Granville, has been granted conditional bail to appear in Sutherland Local Court on May 18.

He is not allowed to attend any Premier League games under his bail conditions.

Two men were found with cuts to their limbs and a third man was injured after being "trampled in the melee". 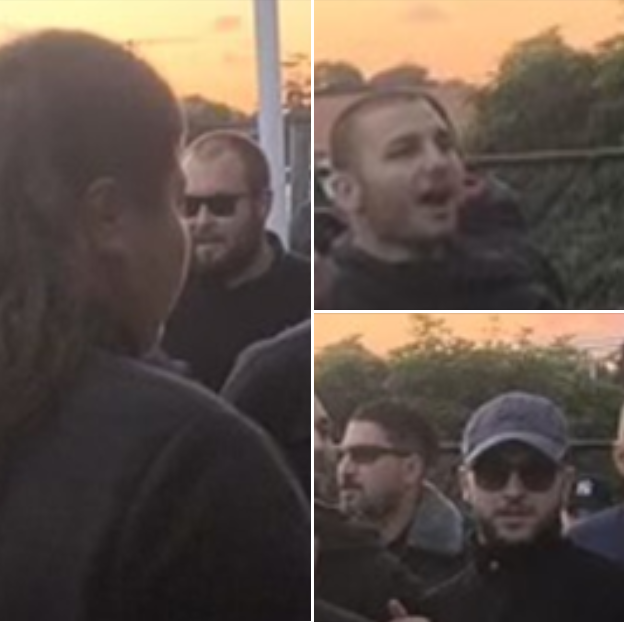 Footage filmed from the sideline appeared to show players earlier involved in a heated clash as people in the crowd shouted and heckled.

Other video showed flares being ignited in a car park beside the field as people continued to clash.

Police are still searching for two men they believe can assist with their inquiries.

The first man has a medium build and wore a black jacket, grey cap and dark sunglasses.

The second man has a medium build and wore a black jumper.