Police have charged seven men and two women over alleged gun supply as part of an investigation into a firearm syndicate.

Police have charged nine people and seized an arsenal of weapons as part of an investigation into an alleged illegal firearms syndicate operating across NSW.

During the investigation, police seized 17 firearms including rifles, shotguns, a pistol, firearm parts, hundreds of rounds of ammunition and prohibited weapons. Nine of the firearms are confirmed stolen from rural properties. 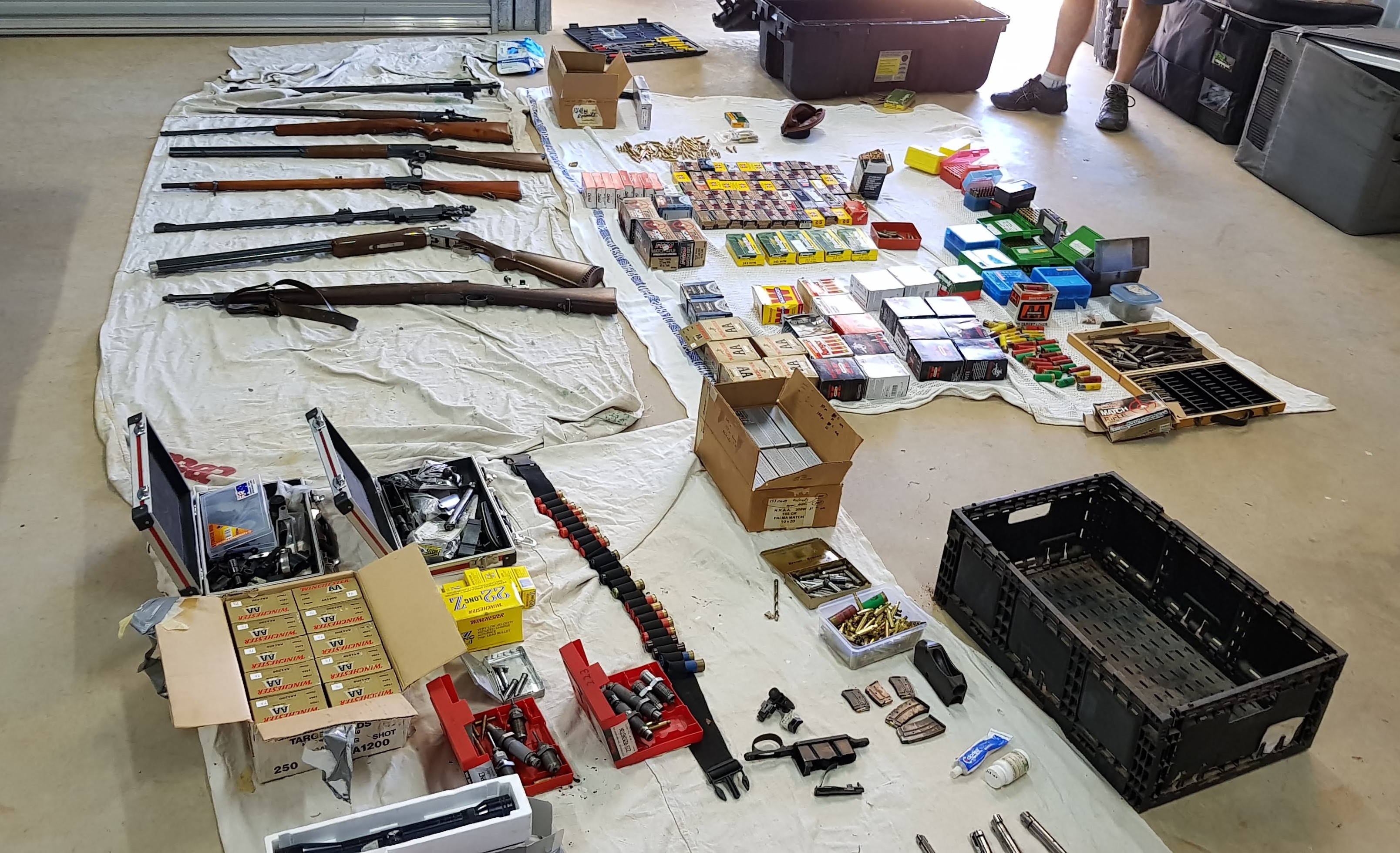 Strike force investigators arrested a 34-year-old man outside a court in Hornsby and a 22-year-old woman at a home at Woy Woy on November 7 last year.

"It will be alleged in court that a 34-year-old man supplied firearms on eight occasions, and firearms parts on three occasions, between March and October 2019, receiving nearly $60,000 for the transactions," Drug and Firearms Squad Commander, Detective Superintendent John Watson, said.

The man was taken to Hornsby Police Station where he was charged with 22 offences including two counts of use and supply of stolen firearms, supply of firearms to unauthorised persons and manufacture of firearms without a licence or permit.

He appeared at Hornsby Local Court the same day, where he was formally refused bail to reappear at Gosford Local Court on January 31. 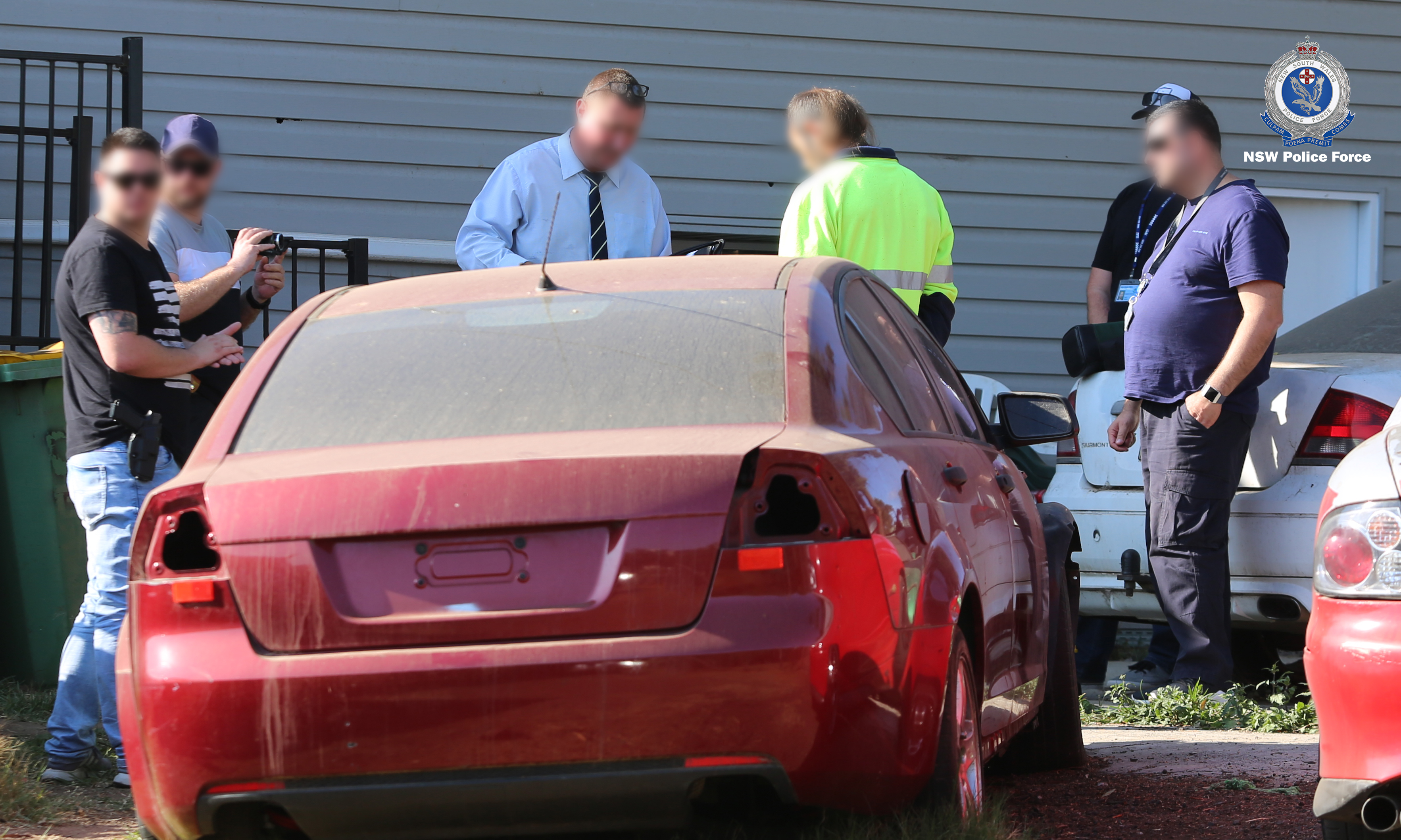 READ:  Patti Newton says Bert 'chose to live' by getting his leg amputated

She was granted strict conditional bail to appear at Dubbo Local Court on January 22.

A 23-year-old man was also arrested at a home at Wallaga Lake on November 25 and taken to Narooma Police Station.

He appeared at Batemans Bay Local Court the next day, where he too was formally refused bail to reappear at Gosford Local Court on January 31.

Just before 6.30am on December 17, strike force detectives executed a search warrant at a home in Windsor where police seized two inert hand grenades, ammunition, magazines, and two knives.

A 39-year-old man was arrested and taken to Penrith Police Station, where he was charged with supply of a pistol to a person unauthorised to possess it.

The man appeared at Penrith Local Court the same day, where he was formally refused bail to re-appear at the same court on February 11.

A 44-year-old man was also arrested at Gosford Police Station, where he was charged with supply prohibited firearm to person unauthorised to possess it.

The Penrith man was refused bail and appeared at Gosford Local Court on December 31, to reappear at the same court on January 23. Investigators arrested a ninth person – a 32-year-old man – about 2am last Saturday, where he was charged with supplying a prohibited firearm to an unauthorised person and selling a prohibited weapon to a buyer not authorised to possess.

He appeared at Bathurst Local Court the same day and was formally refused bail to reappear at the same court on March 16.

Acting on new information from investigators, officers from Police Transport Command arrested a 41-year-old Thornleigh man near Fairfield Train Station about 10.45am yesterday.

He was taken to Fairfield Police Station and charged with supplying a firearm to a person unauthorised to possess it and refused bail to appear at Fairfield Local Court today.

The men and women all remain before the courts.