Residents near a leaking dam in Queensland's south have spent a second night away from their homes as water continues to gush through a growing hole in a broken earth wall.

About a dozen rural properties were evacuated after a landowner spotted the 3.5m hole in the irrigation dam at Talgai, about 170km southwest of Brisbane, on Friday.

An emergency declaration remains in place as water continues to flow from the 433-megalitre Bolzan dam breach that is now about 4.5 to five metres in size. 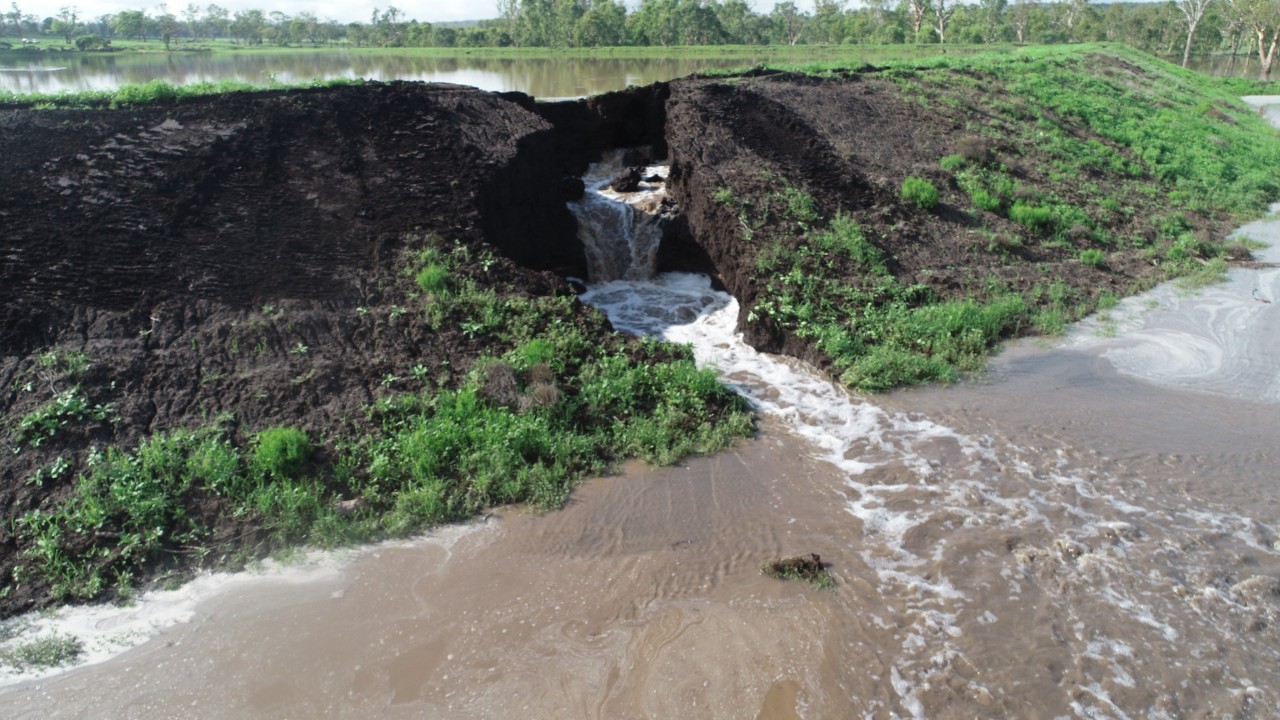 Evacuees have been advised to stay away from their homes until the threat eases.

"The hole has collapsed a little bit more."

Mr Gow said engineers were not prepared to walk out on the wall due to its instability.

"We could still have a minor or moderate outflow about a half a metre deep," he said. 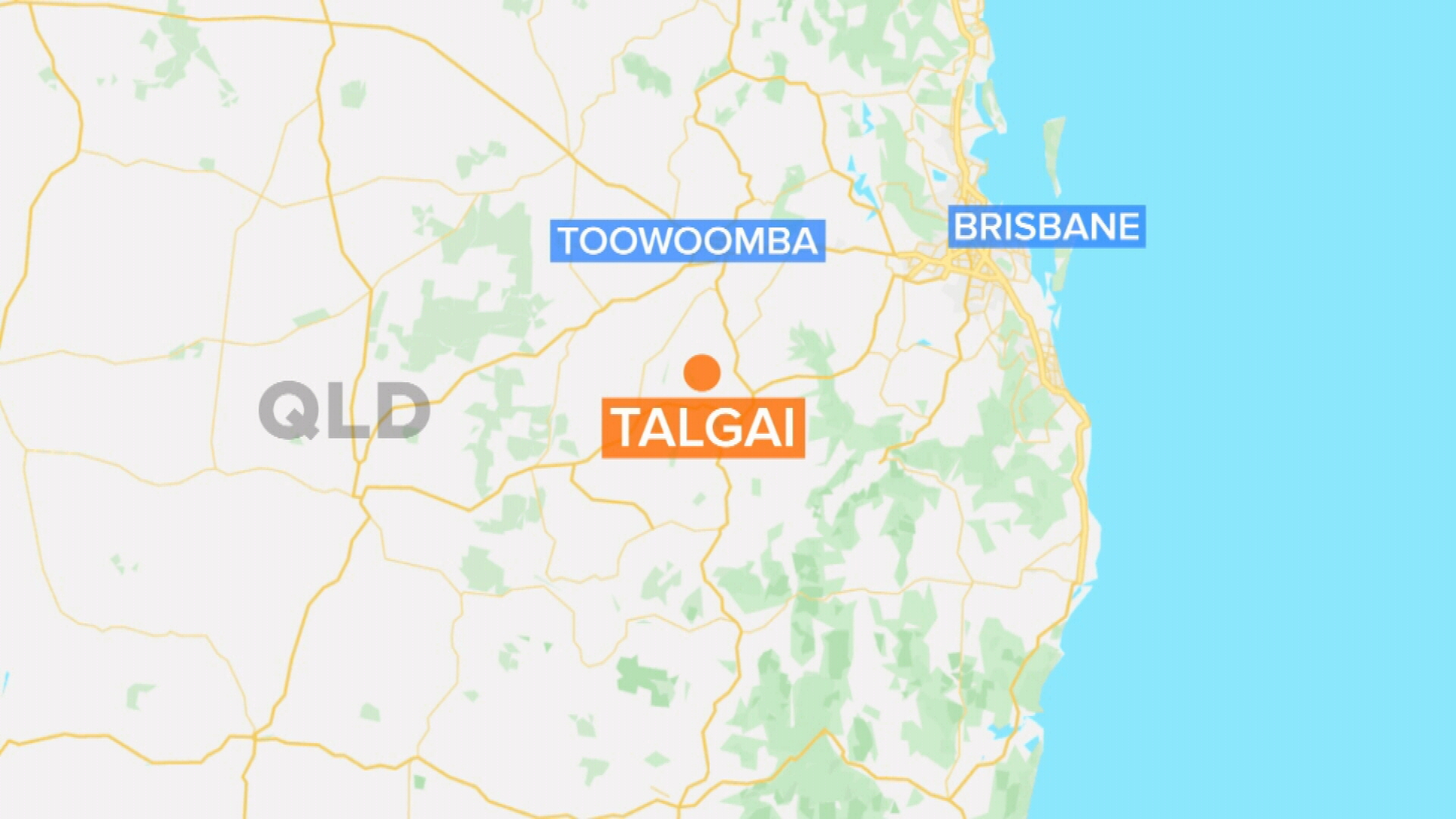 A smaller cofferdam with a 50 megalitre capacity below the main agricultural dam and a large paddock would contain some overflow should the dam burst.

On Friday night the council issued about 5000 warning messages via SMS after heavy rainfall in the region overfilled the dam.

It's understood the prolonged drought may have caused the dam's clay liner to dry out and crack leading to a breach in the wall.

However, the Bureau of Meteorology says communities around the southern interior should remain cautious of flooding over the coming days.

On the Gold Coast, police are still searching for Yang Chen, 26, who disappeared in the hinterland area while walking near Gorge Falls in the Tallebudgera Valley earlier in the week.