A three-month-old baby was among eight people injured in a fire at a high-rise residential building in Los Angeles that city fire department officials said is considered “suspicious.”

A three-month-old baby was among eight people injured in a fire at a high-rise residential building in Los Angeles that city fire department officials said is considered "suspicious."

Los Angeles City Fire Chief Ralph Terrazas said the fire began on the sixth floor and spread to the seventh floor of a 25-floor building in the Brentwood section of West Los Angeles. There are no sprinklers in the building, he said.

Firefighters working to put out a separate fire down the street noticed flames coming out of the high-rise building on Wednssday morning (local time), according to West Bureau Commander and Deputy Chief Armando Hogan. 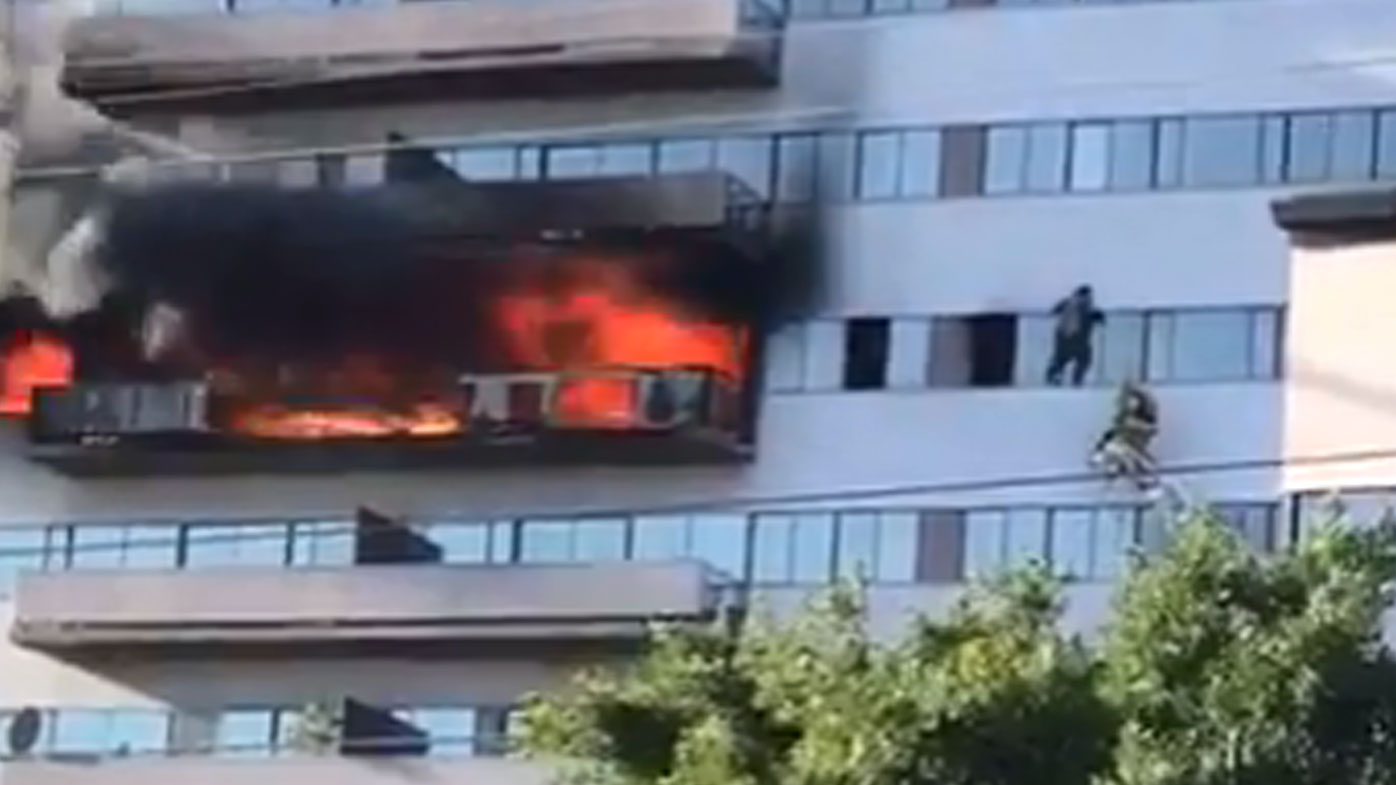 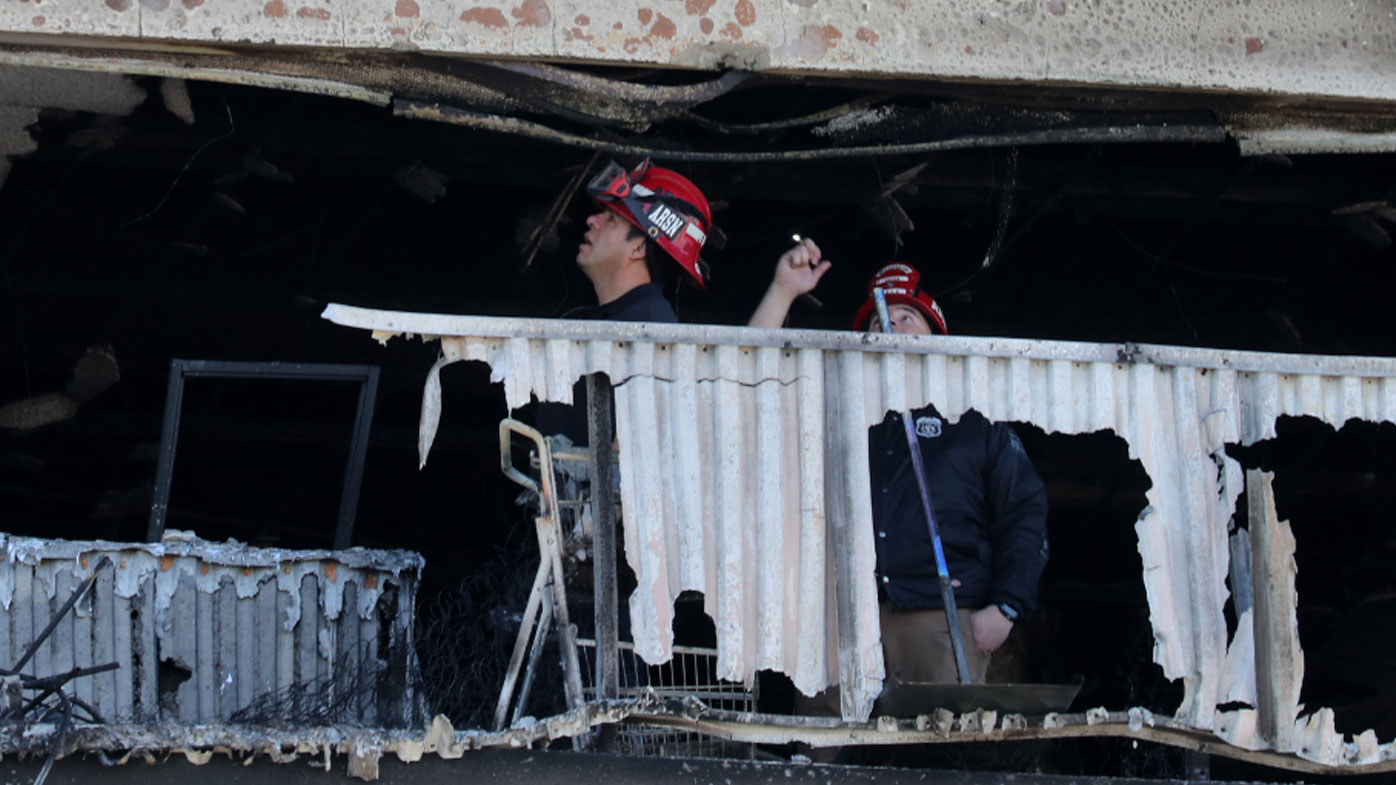 Orange flames flickered and black smoke billowed from the building around as firefighters walked on a nearby balcony, video showed.

Firefighters attacked the fire from the sixth floor as well as from a ladder truck outside, Terrazas said. They were able to put out the fire just before 10am (local time), Hogan said.

LA Fire's arson unit is investigating. Terrazas called the fire "suspicious" but declined to provide details on why.

Eight people were injured, including one who was in critical condition and transported to a hospital. Six of the injured suffered from smoke inhalation, officials said. They did not know the status of the three-month-old. 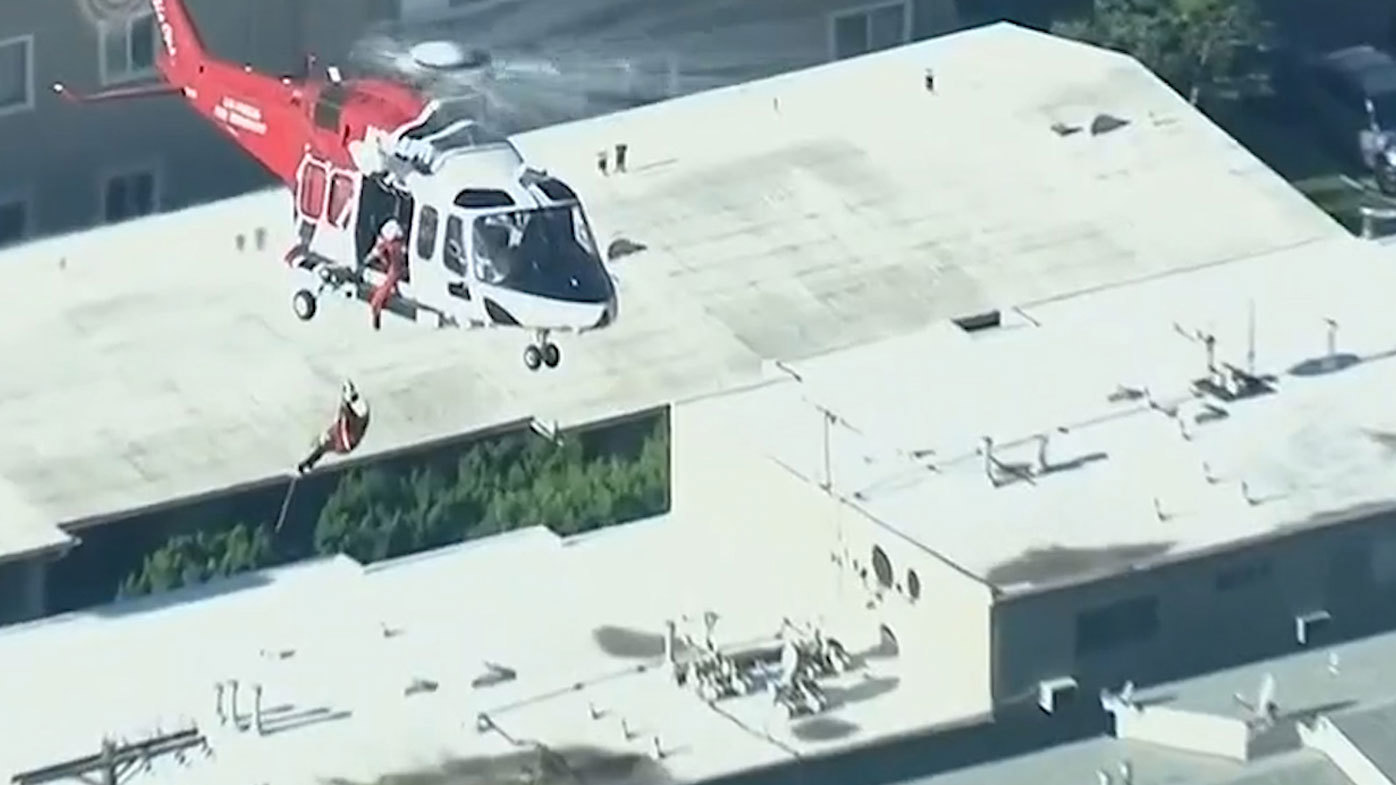 Many people have been airlifted from the rooftop of the high rise by both LA Fire and LA County Sheriff helicopters, though officials do not have an exact number.Hogan said that no one jumped from the building.

Two people were contemplating jumping, including a man that was scaling the outside edge of the building, but both were ultimately rescued by firefighters.