Billions of Tyrannosaurus rex roamed North America during their fascinating reign as top predators, according to a team of researchers that went about the daunting task of making the calculation.

Billions of Tyrannosaurus rex roamed North America during their fascinating reign as top predators, according to a team of researchers that went about the daunting task of making the calculation.

Paleontologists from the University of California, Berkeley, set out to put a number on how many T-rex lived during the Cretaceous period - about 65 million to 98 million years ago - knowing that it wouldn't be a simple task.

Fossils have long been used to deepen our understanding about extinct creatures such as dinosaurs, but experts say it can be challenging to use these remains to calculate population density and abundance. 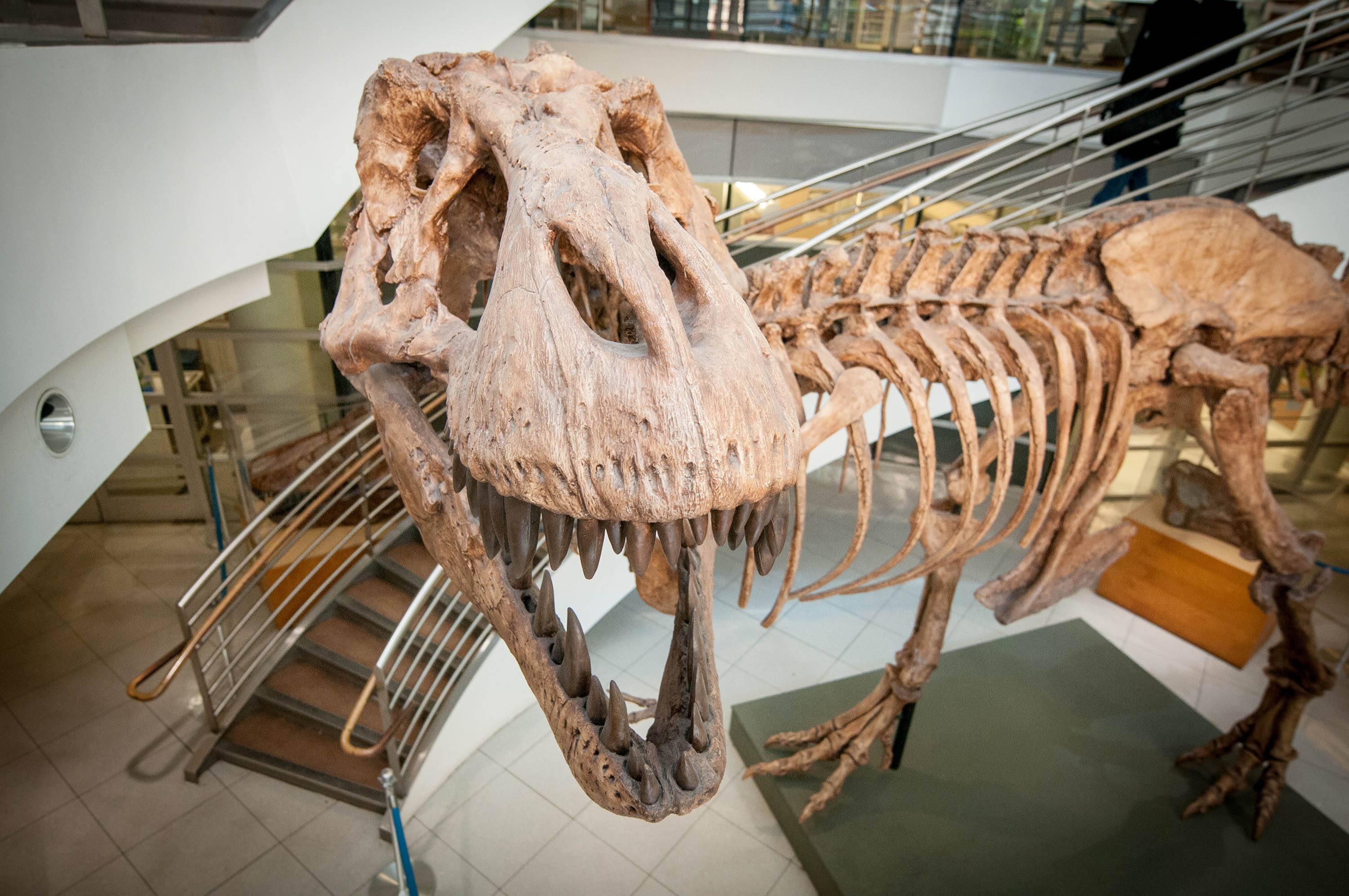 "There is just no information to make the estimate," explained Charles Marshall, director of the University of California Museum of Palaeontology, who was part of the research team.

"If you find an Easter egg in your garden, how can you estimate how many Easter eggs that have ever existed? It simply can't be done. You need information from somewhere else -- for example, the density of Easter eggs, the area over which eggs might be found, and for how many years Easter eggs have been placed in gardens."

"Previously researchers have tried to estimate things like the likely home range size of Tyrannosaurus, and its basic energetic needs, so this is a neat extension of previous work, and it includes lots of updated information on Tyrannosaurus," said Nizar Ibrahim, palaeontologist at the University of Portsmouth (UK) and National Geographic Explorer, who was not part of the research.

READ:  Snowboarders escaped monster avalanche, but not the law

"We just have to keep in mind that all of these intriguing studies come with a certain dose of uncertainty -- there is just so much we still don't know about dinosaurs, even a Hollywood star like T-rex," Mr Ibrahim added in an email. Using the fossil record, density data and data from climate models, the UC Berkeley team calculated that roughly 20,000 adult T-rex, which lived throughout North America, probably existed at any one time.

This, the researchers say in a study published in the journal Science, means that some 2.5 billion of the predators lived and died over the approximately 2.5 million years during which the dinosaurs lived.

For the first time, the team also calculated the longevity of the dinosaur: Using scientific literature and expert opinion, they estimated that the likely age of sexual maturity for a T-rex was 15.5 years, and its lifespan could reach into the late 20s.

From these estimates, the team came to the conclusion that each generation of T-rex lasted for around 19 years, with there being one dinosaur for every 100 square kilometres.

With a standing population of 20,000 of the dinosaurs, and with some 127,000 generations of the species, there would be 2.5 billion dinosaurs overall, the team determined.

READ:  Woman who stabbed husband to death has sentence reduced

The researchers' methods "seem to be very informative while also showing the present limits of what can be done with what we now know," said Jason C. Poole, head fossil preparator at Bighorn Basin Paleontological Institute and a paleontological artist, who was not part of the study. 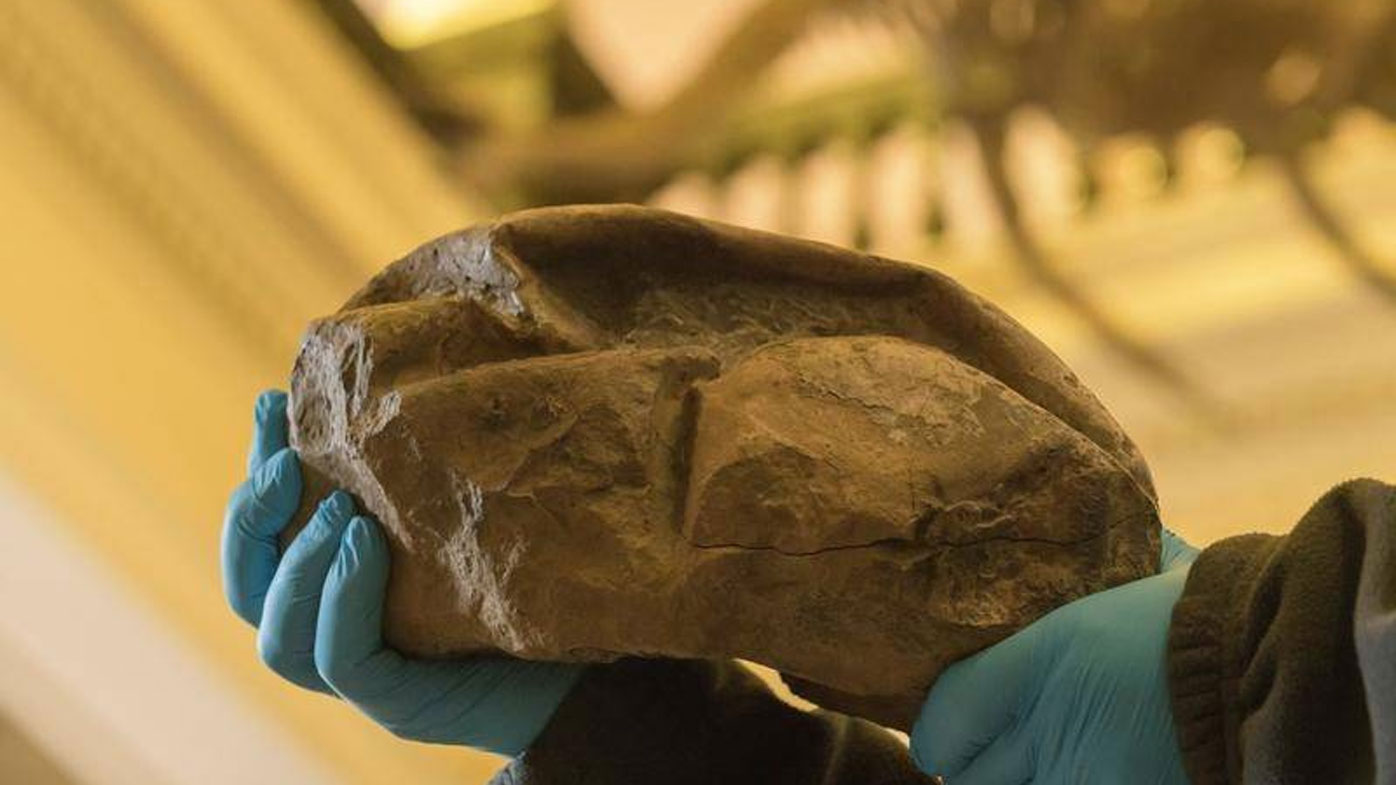 "I am sure it will open doors for getting even better focus on the questions of population density and what that means over time," Mr Poole added in an email.

"So really this could help understand things like change in a species over time as it relates to evolution and changing ecosystems."

Meanwhile, the results also allowed the report authors to determine that only about 1 in 80 million T-rex are preserved as fossilised remains.

"The great impact of this study may be that it shows just how rare fossils are, in that they only represent a small fraction of the individual organisms that existed not to mention depth of time as in how much happens in a few thousand to a million years," Mr Poole said.

"In some ways, this has been a paleontological exercise in how much we can know, and how we go about knowing it," said Mr Marshall, a study coauthor and UC Berkeley professor of integrative biology and of Earth and planetary science, in a statement.

"It's surprising how much we actually know about these dinosaurs and, from that, how much more we can compute. Our knowledge of T-rex has expanded so greatly in the past few decades thanks to more fossils, more ways of analysing them and better ways of integrating information over the multiple fossils known," he said.

Mr Ibrahim sees other possibilities stemming from this study.

"There are a lot of things we don't know about the physiology, behaviour and feeding ecology of Tyrannosaurus, but this study offers an interesting approach to estimating the abundance and preservation rate of dinosaurs, he said.

"I would love to see it applied to other dinosaurs known from abundant fossils. Looking at a wider range of dinosaurs -- predators and prey -- might enable us to better compare dinosaur-age animal communities to modern ones.

"But we are just scratching the surface, and even with this intriguing study, there is still a long way to go before we can confidently apply such approaches more broadly to the study of dinosaurs."