It was a double discovery of the toothy sharks with saw-like snouts from sample collections in the wild and from specimens in museum collections that left researchers floored.

Their scientific names Pliotrema kajae and Pliotrema annae and details of their biology were published in an academic journal this week.

The unique feature of these sharks is that they have six gills on each side, instead of the five normally found in sawsharks.

"The six-gill sawsharks are really quite extraordinary," lead author and shark researcher Simon Weigmann, with the Elasmobranch Research Laboratory in Germany, said. 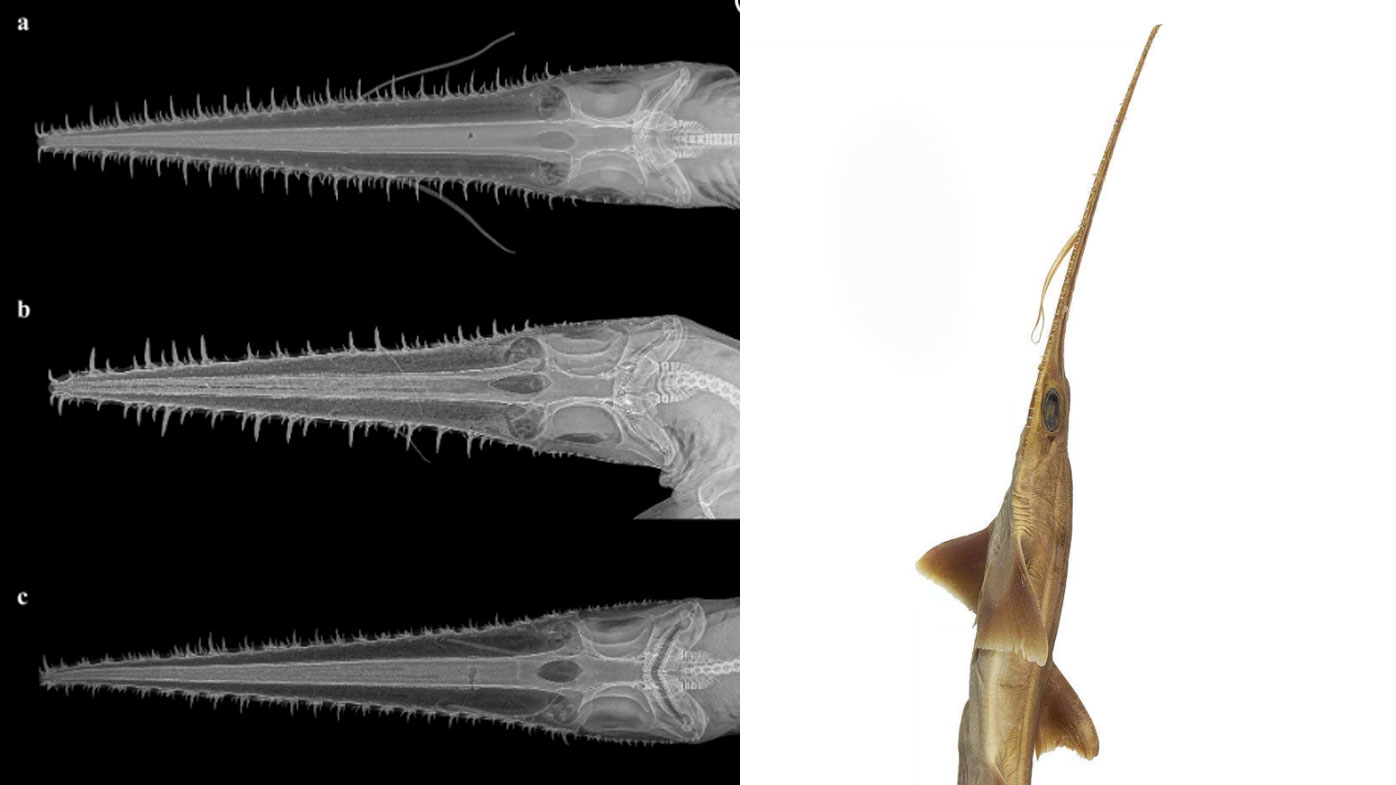 "So it was really exciting to find a new six-gill sawshark species and to find two new species - well that was simply astonishing!

"Knowledge of sawsharks in the western Indian Ocean is generally still scarce.

"But considering their known depth distributions, both new species are likely affected by fishing operations."

There was only one known sawshark species with six gills before the latest discovery, but between the three there were distinct differences that emerged via radiograph analysis.

"The discovery re-enforces both how important the western Indian Ocean is in terms of shark and ray biodiversity, but also how much we still don't know," Dr Andrew Temple, Research Associate at Newcastle University, a co-author on the paper, said. 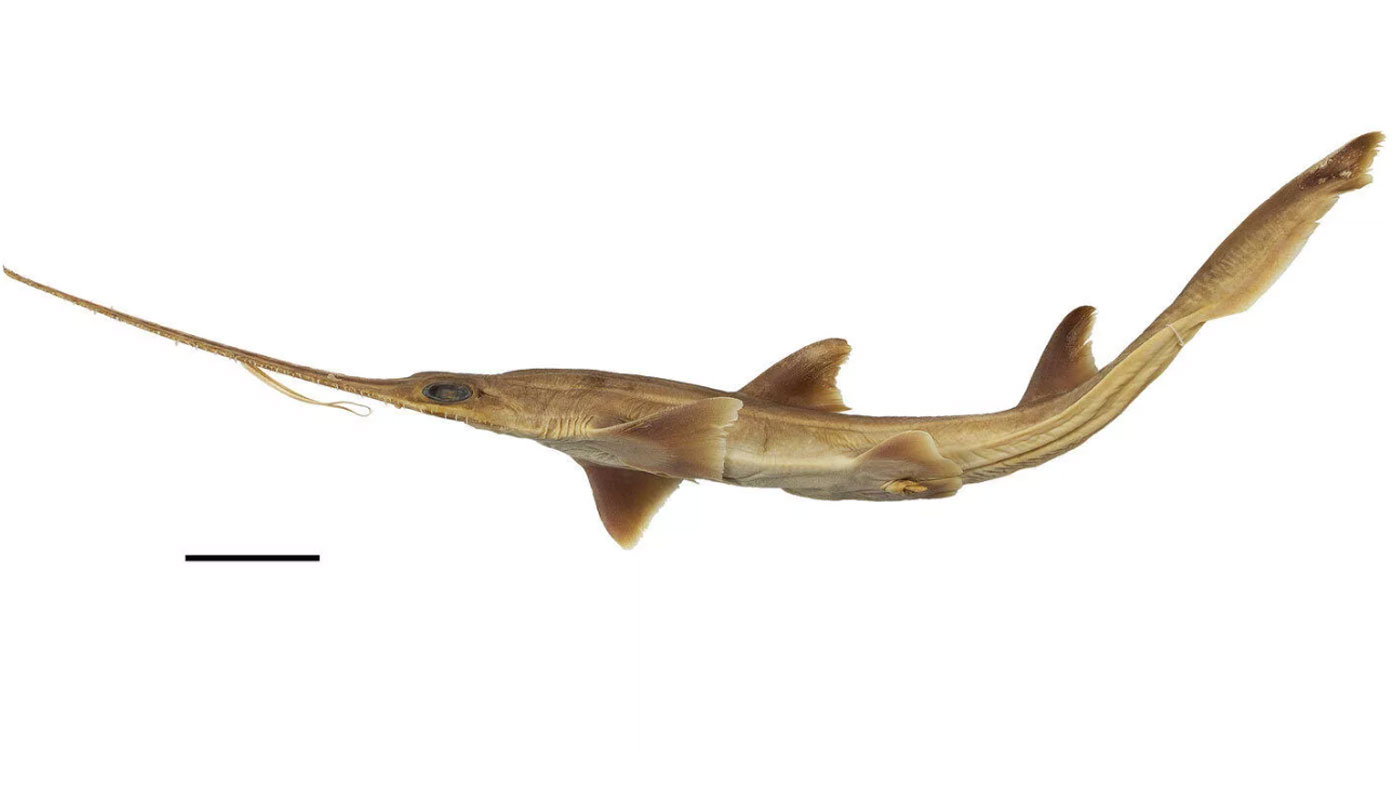 The sawshark is not to be confused with the sawfish.

Sawsharks are carnivores, they're found in temperate waters in three of the biggest oceans, they can reach a length of about 1.5 metres, and are named after their sharp teeth with a pair of barbels in the middle of their snout which the shark uses to help detect its prey.

They use their sharp snout to cut their prey into pieces to be swallowed by the shark.