The death of Supreme Court Justice Ruth Bader Ginsburg just over six weeks before the election cast has an immediate spotlight on the high court vacancy, with Senate Majority Leader Mitch McConnell quickly vowing to bring to a vote whoever President Donald Trump nominates.

The death of Supreme Court Justice Ruth Bader Ginsburg just over six weeks before the election cast has an immediate spotlight on the high court vacancy, with Senate Majority Leader Mitch McConnell quickly vowing to bring to a vote whoever President Donald Trump nominates.

Sen. McConnell, in a statement just over an hour after Justice Ginsburg’s death was announced, declared unequivocally that Mr Trump’s nominee would receive a vote, even though he had stalled President Barack Obama’s choice for months ahead of the 2016 election, eventually preventing a vote. 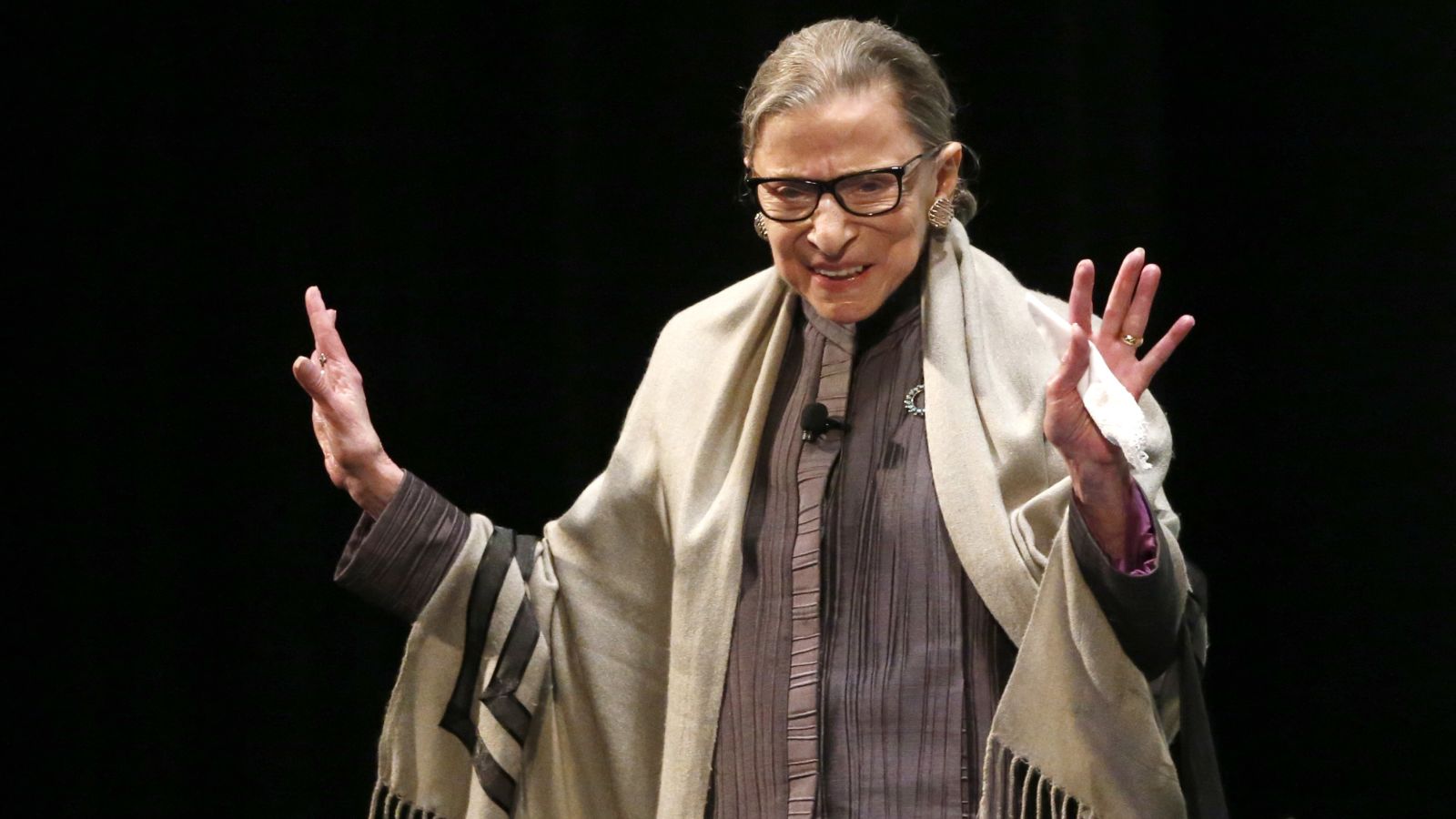 Mr Trump, in brief remarks to reporters after learning of her death, called Ginsburg “an amazing woman,” adding that "she led an amazing life”.

He had continued with a campaign speech for more than an hour after the nation learned of her death, and said later he had been unaware.

He had boasted in the speech that the next presidential term could offer him as many as four appointments to the nine-member court, whose members are confirmed for life.

Mr Biden, returning to Delaware from his own campaign stop in Minnesota, praised Justice Ginsburg upon his arrival.

Justice Ginsburg was “not only a giant of the legal profession but a beloved figure,” he said.

The process of replacing her should not begin until after the election, he made clear.

Justice Ginsburg's death could significantly affect the presidential race, further stirring passions in the deeply divided nation as the campaign pushes into its stretch run.

Mr Trump took the stage for a Minnesota rally not long before Justice Ginsburg’s death was announced.

He spoke for more than 90 minutes, never mentioning it, apparently not alerted to the development.

He spoke to reporters about her passing as he boarded Air Force One to return to Washington.

But he did say in his speech that whoever is elected in November will have the ability to potentially fill several Supreme vacancies, declaring, “This is going to be the most important election in the history of our country and we have to get it right.” 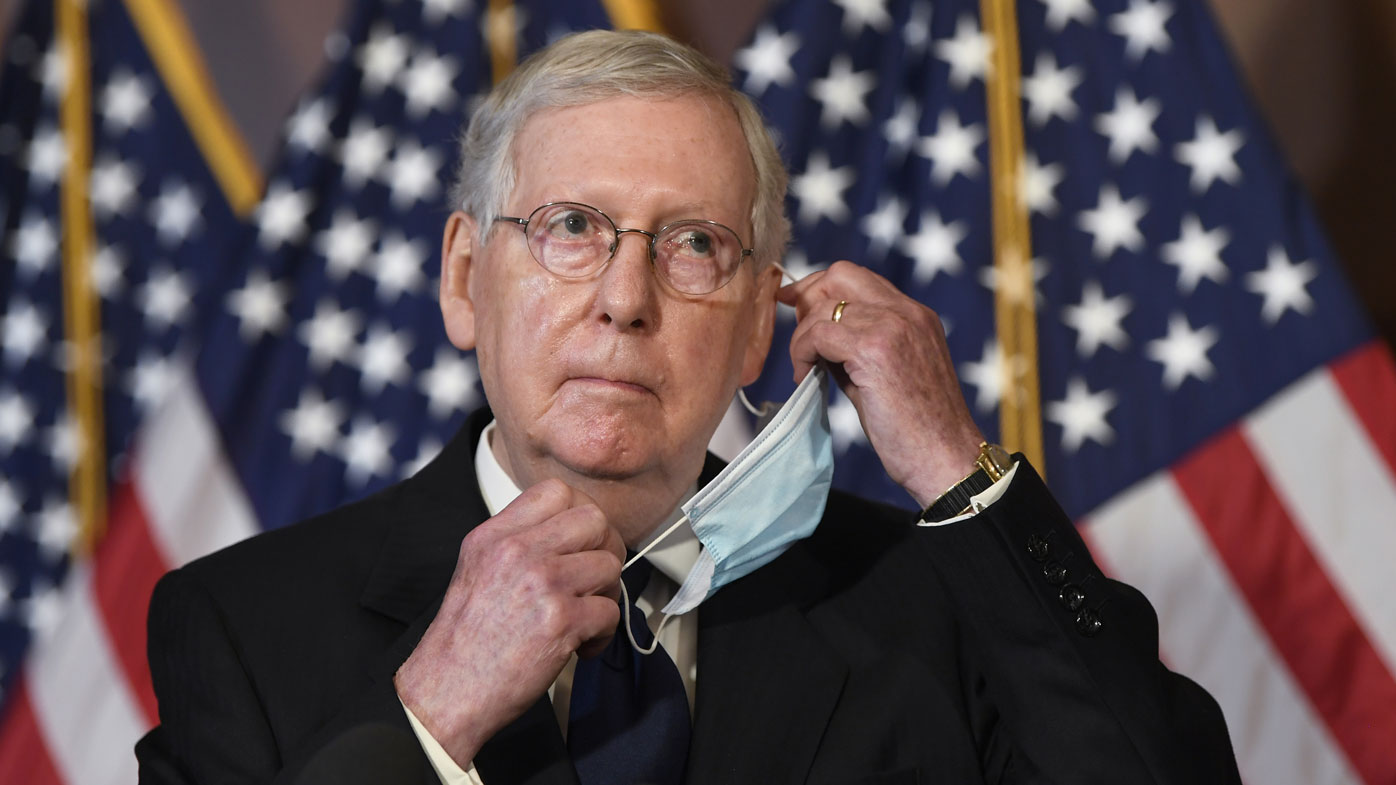 A confirmation vote in the Senate is not guaranteed, even with a Republican majority.

Typically it takes several months to vet and hold hearings on a Supreme Court nominee, and time is short ahead of the election.

Key senators may be reluctant to cast votes so close to the election.

With a slim GOP majority, 53 seats in the 100-member chamber, Mr Trump’s choice could afford to lose only a few.

Sen. McConnell did not specify the timing, but pushing a confirmation off to the post-election lame-duck session would carry other complications, including the political tangle of trying to push it through in the final weeks of the year after voters have decided control of the White House and control of the Senate.

Mr Trump has made appointments to the federal judiciary, including two Supreme Court justices, part of his legacy and said last month that he would “absolutely” try to fill a vacancy on the high court if one came up before the end of his first term.

“I would move quickly. Why not? I mean, they would. The Democrats would if they were in this position.” 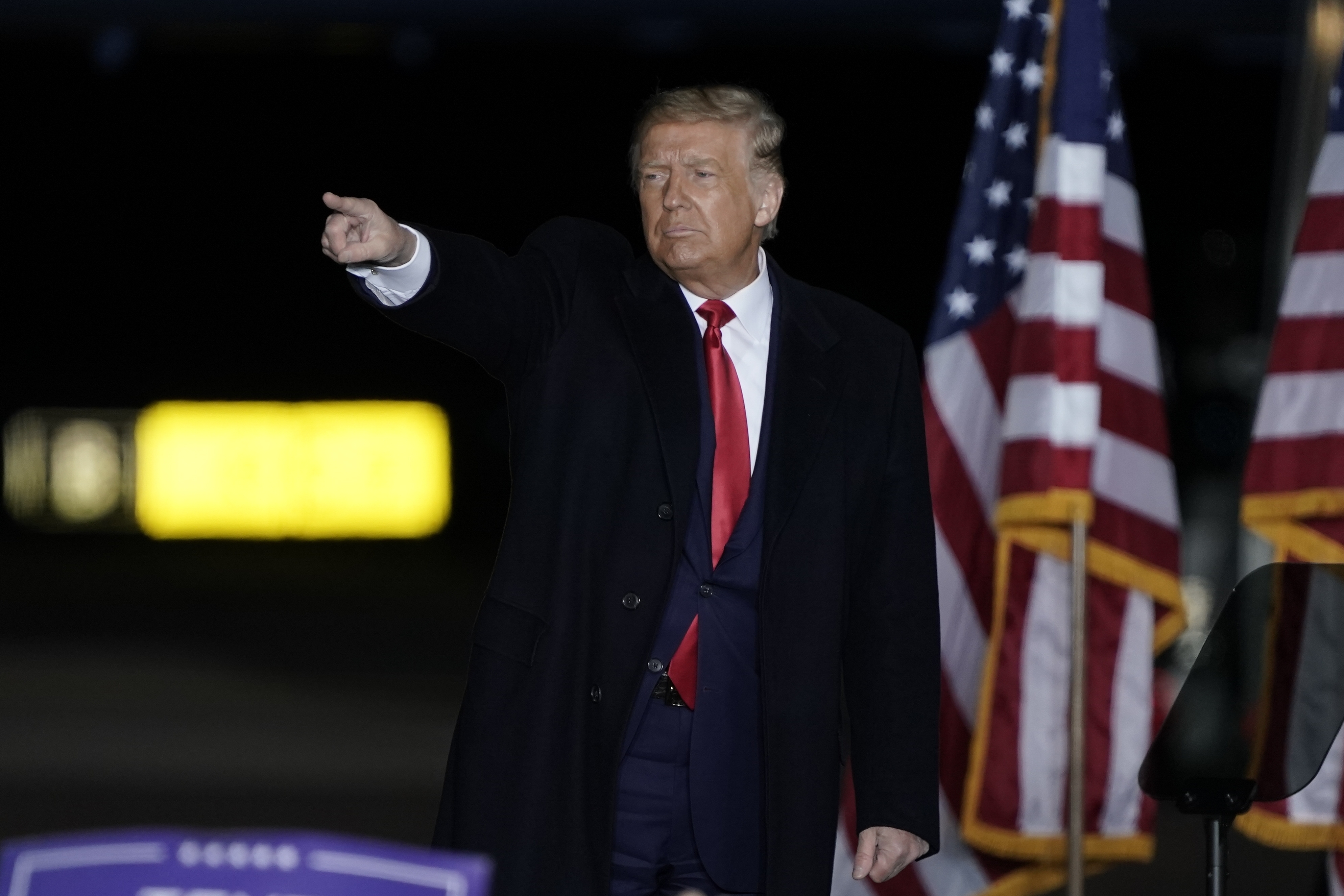 Mr Trump last week added 20 names to his list of candidates he’s pledged to choose from if he had future vacancies to fill.

Mr Trump tried to cast the list in contrast with judges who could be nominated if Mr Biden wins in November, warning Mr Biden would select “radical justices” who would “fundamentally transform America without a single vote of Congress,” even though Mr Biden has never outlined his list of potential picks and the Senate must confirm any nominee.

Naming his possible choices, less than two months before the election, is aimed at repeating the strategy that Mr Trump employed during his 2016 campaign, when he released a similar list of could-be judges in a bid to win over conservative and evangelical voters who had doubts about his conservative bonafides.

The average number of days to confirm a justice, according to the Congressional Research Service, is 69 days, which would be after the election.

Mr Biden has promised to nominate a Black woman to the high court if given the chance.

He has said he’s also working on a list of potential nominees, but the campaign has given no indication that it will release names before the election.

Democrats believe doing so would unnecessarily distract from Mr Biden’s focus on Mr Trump’s handling of the pandemic and the economy, while also giving the president and his allies fresh targets to attack.

Mr Trump, however, insisted that presidential candidates “owe the American people” a list of whom they’d consider because, aside from “matters of war and peace, the nomination of a Supreme Court justice is the most important decision an American president can make.”