A religious sect leader in South Korea at the centre of the country’s coronavirus outbreak is facing investigation by police.

A religious sect leader in South Korea at the centre of the country's coronavirus outbreak is facing investigation by police.

Authorities in the capital Seoul have asked prosecutors to charge Lee Man-hee, the founder of the Shincheonji Church, and 11 others, reports The Korean Times.

Mr Lee is accused of homicide, causing harm and disrupting the government's anti-coronavirus measures by former members of the sect.

Last week they filed a criminal probe with officials. 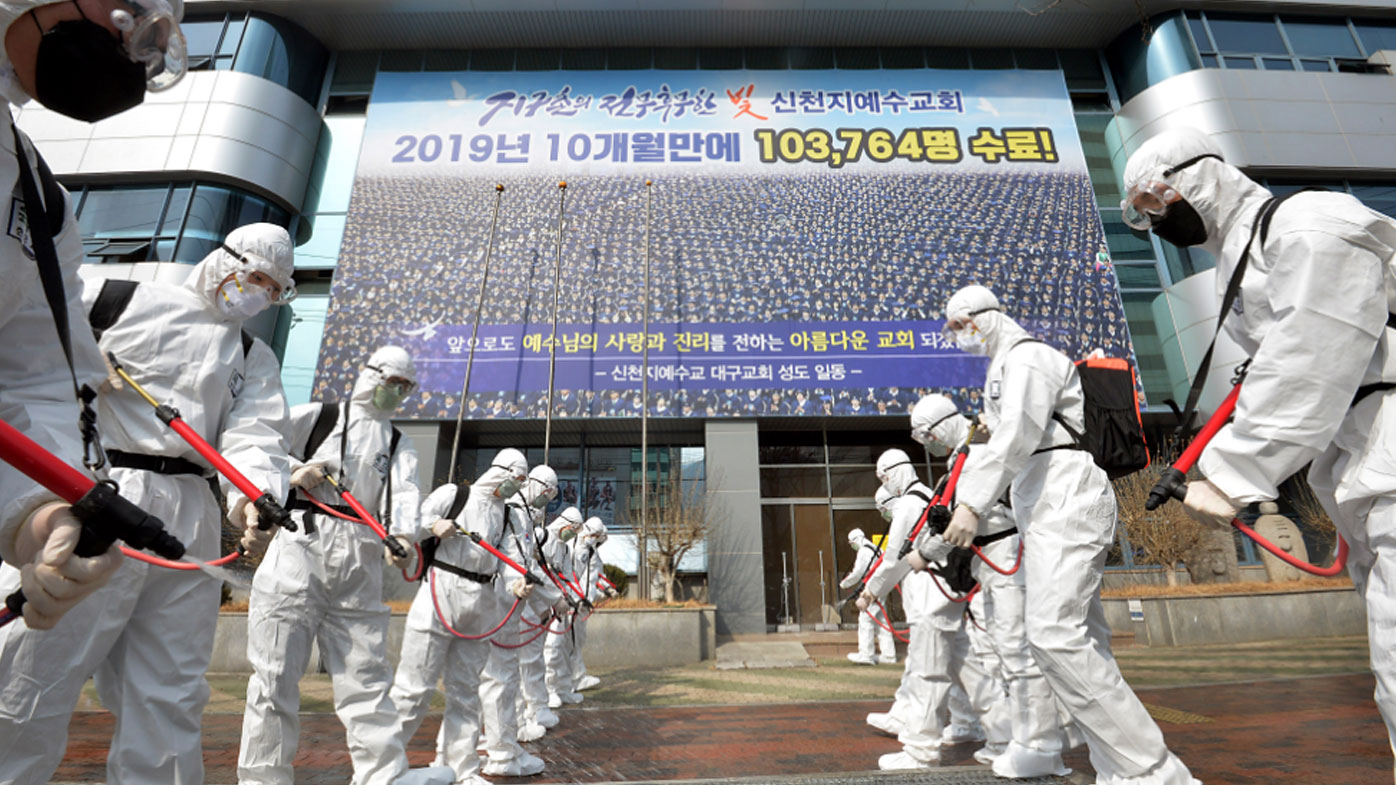 "By submitting fake documents, he has impeded the government in its epidemiological efforts against the new coronavirus," the group said.

From South Korea's 3526 confirmed patients, 2113 are Shincheonji members - a fringe Christian group - according to the governmedsnt. The country's coronavirus death toll stands at 17.

Health experts believe the Shincheonji members infected one another in the city of Daegu last month before they circulated through the country.

In the early part of the outbreak, the sect refused to share its 200,000 name membership list with the government.

Under growing pressure, the church finally handed the list to officials, but allegedly doctored it to be incomplete and inaccurate.

But Kim Shin-chang, the Shincheonji director of international missions, told CNN that members had been transparent and cooperative with officials in trying to contain the virus.

A female sect member, aged 61, who tested positive for the virus was among the first to be infected and was reported to be a "superspreader".

She initially refused to be tested and attended several church gatherings before testing positive.

Failure to comply with the government's coronavirus measures can lead to two years in jail.

READ:  Myanmar Coup: What You Need To Know

As well as being accused of the documents, the sect also lied about its missionary work in the Chinese city of Wuhan - the epicentre of the coronavirus.