The families of people killed when a missile shot down Malaysia Airlines Flight 17 over eastern Ukraine in 2014 have staged a silent protest in the Netherlands against Russia's lack of co-operation in the investigation.

They set out 298 white chairs outside the Russian embassy in The Hague on Sunday.

Each chair represented one of the victims who died when a Buk missile fired from territory held by separatist rebels shot down the Amsterdam-to-Kuala Lumpur flight on July 17 2014, killing everybody on board, including 38 Australian citizens and residents. 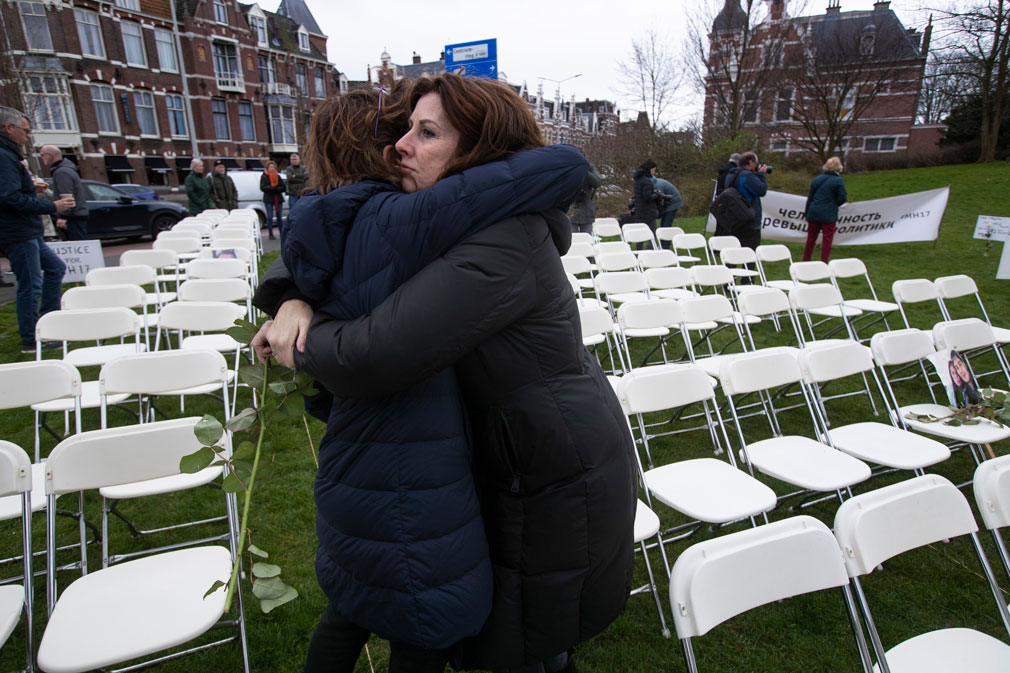 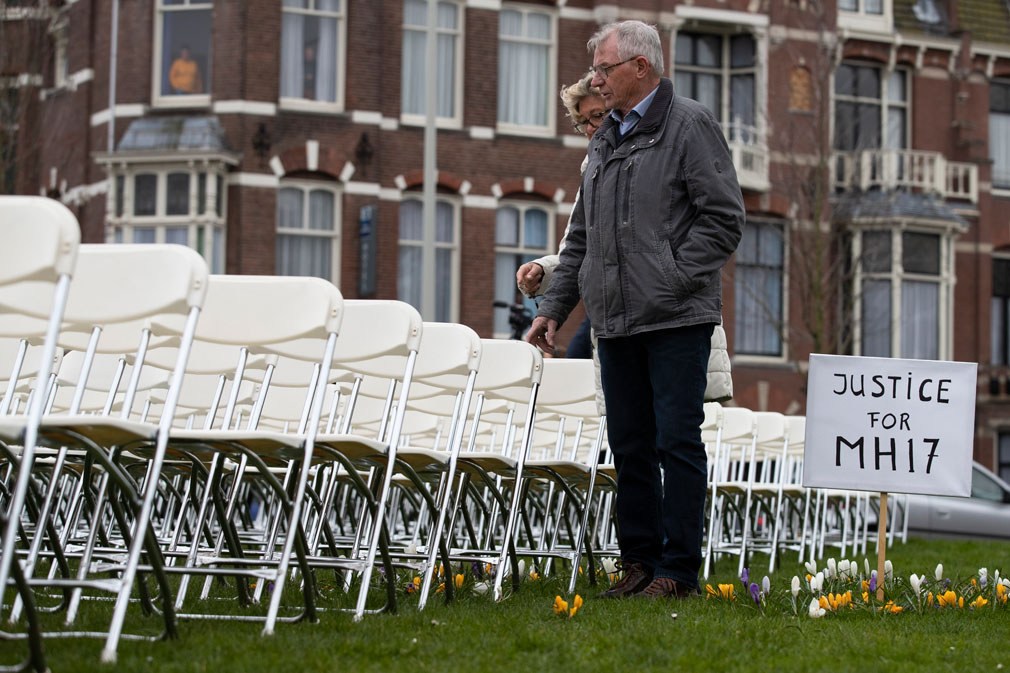 The protest came on the eve of the start of the Dutch trial of three Russians and a Ukrainian charged with murder for their alleged roles in the missile strike.

Russia has denied any involvement.

Moscow has dismissed the international investigation that led to the four suspects being charged as being prejudiced against Moscow.

In Moscow, Foreign Ministry spokeswoman Maria Zakharova accused investigators of presuming Russia's guilt before the court hearing opens on Monday and launching a "media campaign" to support the case and whitewash alleged gaps in the evidence. 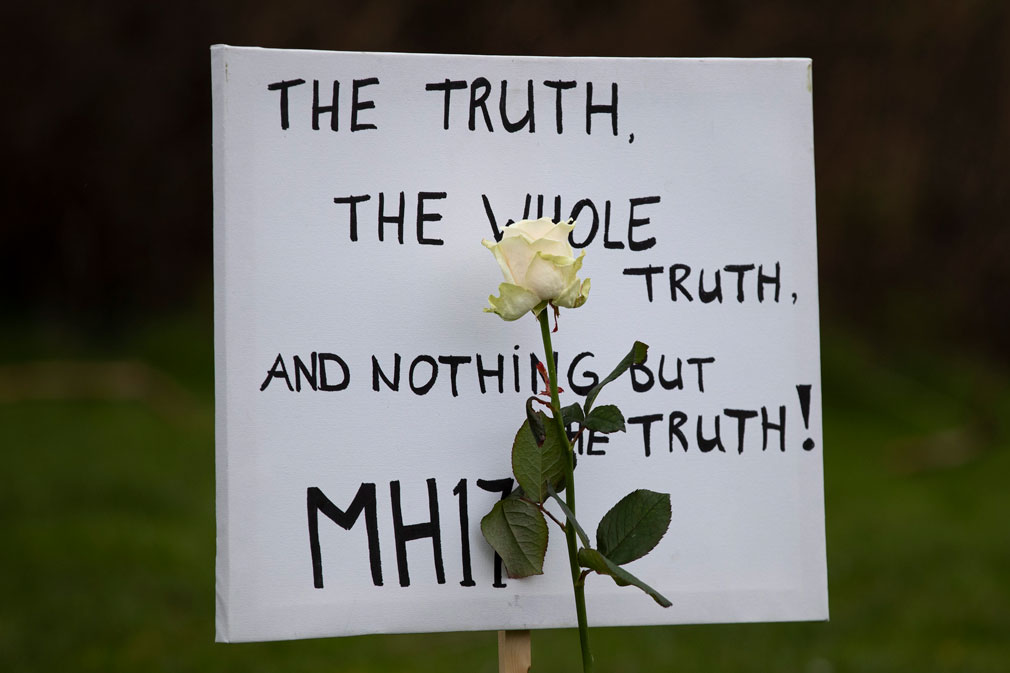 Neither Russia nor Ukraine extradites its citizens. Russia continued to deny involvement even after prosecutors alleged the Buk missile system that destroyed the passenger plane was transported into Ukraine from the Russian 53rd Anti-Aircraft Missile Brigade's base in Kursk and the launching system was then returned to Russia.

The Joint Investigation Team last year named four suspects: Russians Igor Girkin, Sergey Dubinskiy and Oleg Pulatov as well as Ukrainian Leonid Kharchenko. None of them is expected to attend the start of the trial in a courtroom near Schiphol, the Amsterdam airport from which the doomed flight took off.

The team examined the wreckage and body parts, questioned witnesses and experts, studied radar and satellite images and analysed data and intercepted communications before indicting the four suspects.

Investigators said last year there was "almost daily telephone contact" between the self-proclaimed leaders of the pro-Russia rebel Donetsk People's Republic "and their contacts in the Russian Federation" using secure phones provided by the Russian security service".