Gyms across the US are dropping their affiliation with CrossFit over the company's response to last week's protests.

Gym owners say they were dismayed by CrossFit's failure to quickly put out a statement expressing solidarity with protesters or support for black athletes, as dozens of corporations did in the days following George Floyd's death. 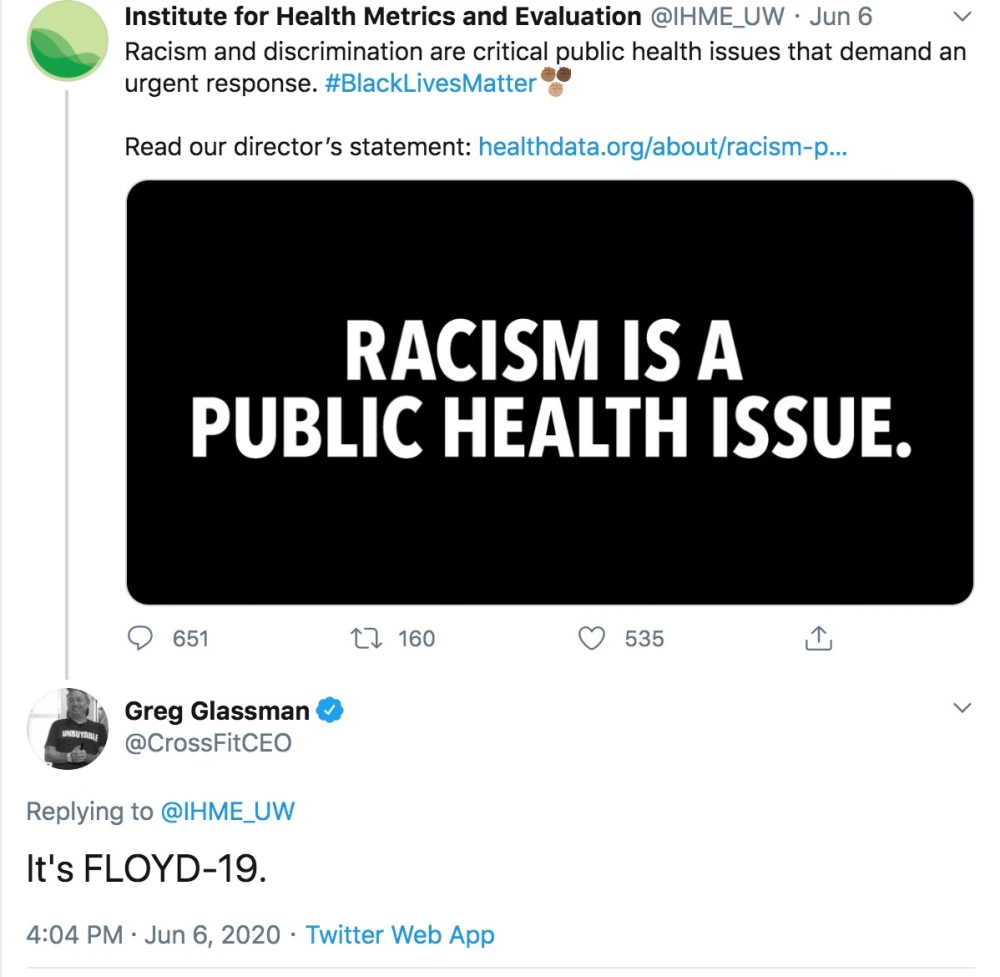 That led Reebok and other brand partners to distance themselves from CrossFit. Glassman apologised and walked back the tweets yesterday.

"I, CrossFit HQ, and the CrossFit community will not stand for racism," Glassman said on Twitter.

"I made a mistake by the words I chose yesterday. My heart is deeply saddened by the pain it has caused. It was a mistake, not racist but a mistake. Floyd is a hero in the black community and not just a victim. I should have been sensitive to that and wasn't. I apologise for that."

But many gym owners say the tweets were not the only issue - the silence before them was too.

"Watching both the Covid-19 pandemic and then the United States waking up and fighting for social justice in a really big way and watching CrossFit say nothing was really painful," said Alyssa Royse, owner of Rocket Community Fitness gym in Seattle, Washington.

CrossFit did not respond to requests for comment on this story.

Royse changed the name of her gym from Rocket CrossFit to Rocket Community Fitness.

CrossFit affiliate gyms pay an annual fee to the company to use the brand in their names and in descriptions of CrossFit-style workout classes, but otherwise the gyms function independently of the company.

"As a brand, Rocket couldn't be aligned with a bigger brand that wasn't on the right side of history ... It's this huge global behemoth that just said nothing," Royse said.

CrossFit industry blog Morning Chalk Up said it had compiled a list of 210 gyms that had dropped their affiliations as of Monday afternoon. CNN Business could not independently verify that figure. 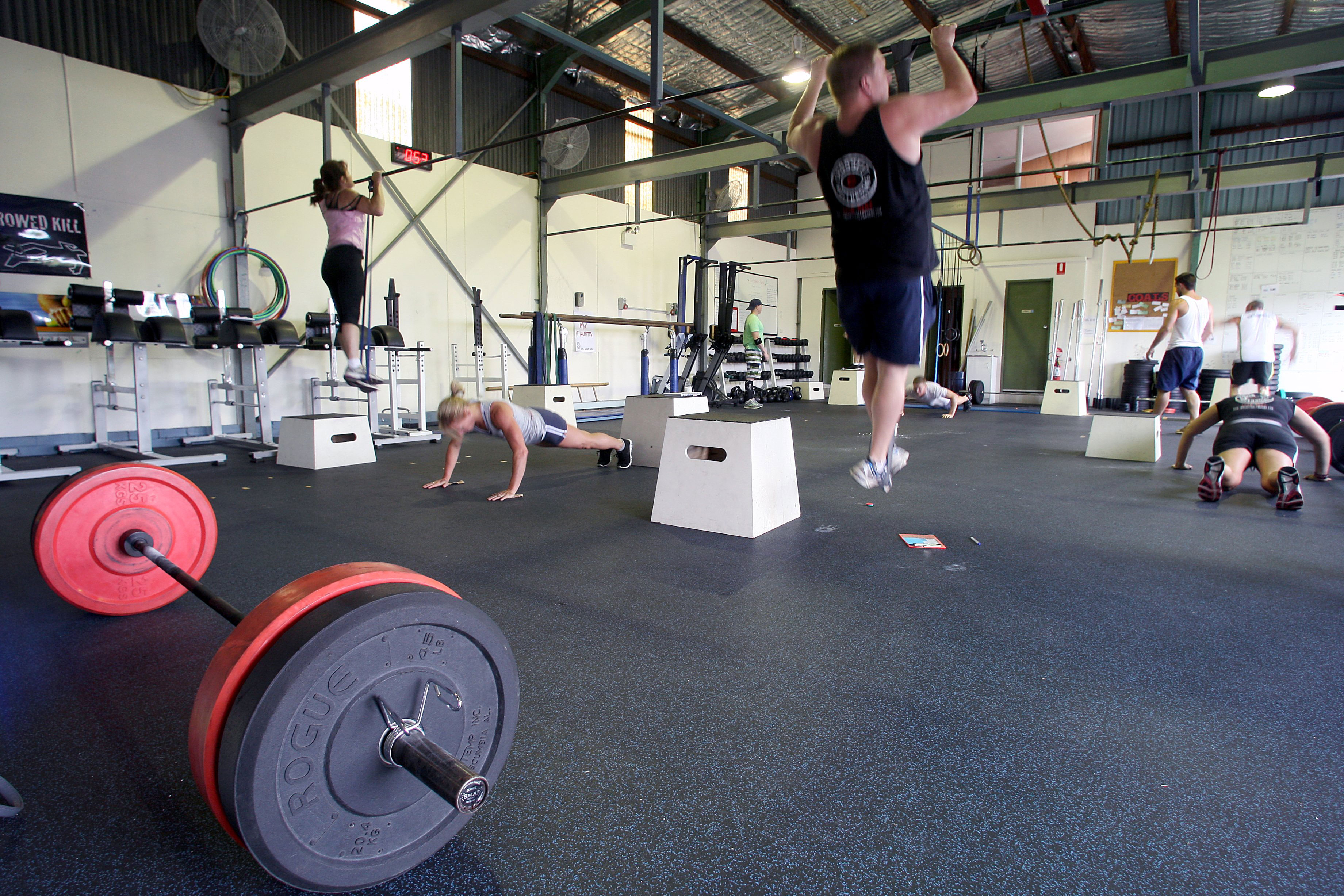 Soon after protests began during the last week of May, CrossFit gym owners and athletes began wondering on online forums when the company would put out a statement.

"Many gyms were emailing and posting about it," said Lieven DeGeyndt, owner of Petworth Fitness in Washington, DC, formerly Petworth CrossFit.

"We're not looking to them to lead protests or become an activist, but we were looking for something," DeGeyndt said. "As a business owner, I understand it's a challenge, but there's a line between right and wrong here."

Royse says she sent executives at CrossFit an email on June 3 explaining her decision to drop the affiliation and calling on the company to speak up.

"I had a long relationship with upper leadership at HQ," Royse said. "I was really worried that they were making this colossal misstep not only in the arc of justice but in the health of the brand."

DeGeyndt's Petworth Fitness posted a statement to Instagram on June 5 explaining its decision to drop its affiliation with CrossFit.

"This is a difficult letter to write, but we wish to inform [CrossFit] and as many other affiliates as we can: The inaction of CrossFit regarding anti-racism work is unacceptable, and as a result, we are choosing to disaffiliate from CrossFit. As a brand that has preached about being 'for all,' the deafening silence on current and past issues of racism tells us all we need to know."

Petworth's US $3,000 annual affiliation fee to CrossFit was due this month.

Instead, the gym plans to donate the money to Black Lives Matter and to Know Your Rights, a nonprofit founded by former San Francisco 49ers quarterback Colin Kaepernick.

On June 5, CrossFit finally released a statement saying it had been "having uncomfortable discussions on injustice, racism, and all forms of hate," asking how it could better support the black CrossFit community.

"Members of this community feel neglected, left out, trapped, and hurt. Some are isolated, angry, and confused, while others are actively seeking ways to effect real change. We see you. We hear you," the statement read.

But the following day, June 6, Glassman again drew criticism for several tweets in which he criticised the Institute for Health Metrics and Evaluation's statement that racism is a public health issue.

In a follow-up tweet, Glassman said the health research institute's coronavirus model "failed," and he criticised it for modelling a "solution to racism."

"George Floyd's brutal murder sparked riots nationally. Quarantine alone is 'accompanied in every age and under all political regimes by an undercurrent of suspicion, distrust, and riots,'" he tweeted. 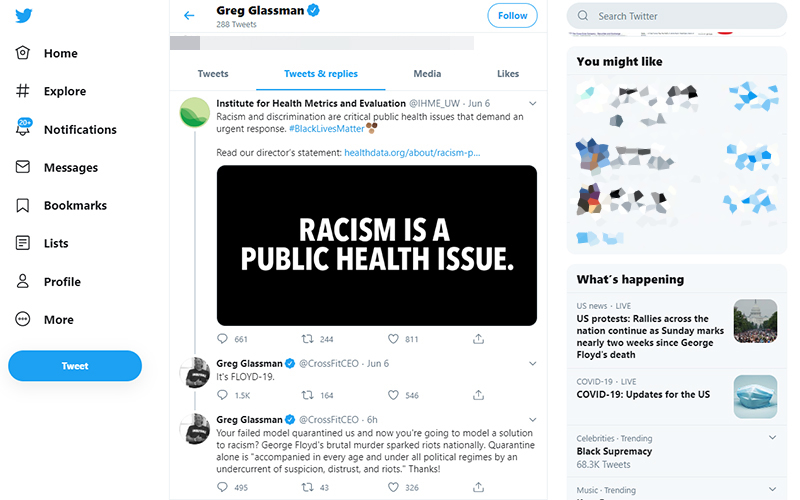 Following Glassman's tweets, Reebok said it would not renew its brand partnership with CrossFit.

"Our partnership with CrossFit HQ comes to an end later this year," Reebok said in a statement to CNN Business.

"Recently, we have been in discussions regarding a new agreement, however, in light of recent events, we have made the decision to end our partnership with CrossFit HQ. We will fulfil our remaining contractual obligations in 2020."

Sports equipment maker Rogue Fitness also distanced itself from the company, and said in a statement it plans to reevaluate its work with the company going forward.

"Rogue does not support the latest statements made by the CrossFit CEO, Greg Glassman," the statement reads. "His comments are unacceptable under all conditions."

"West Fitness does not support the racially insensitive comments from CrossFit CEO Greg Glassman," the owner of West Fitness (formerly CrossFit West) in Santa Cruz, California, said on Instagram yesterday in announcing his decision to disaffiliate.

"His comments are unacceptable and not one of a leader we want to represent."