Betelgeuse, the red supergiant star that acts as the shoulder of Orion's constellation, is set to explode according to astronomer predictions.

Scientists say the brightest star in the constellation is having a moment and has been dimming in brightness since last month.

It's a matter of when, not if, the star goes supernova - but with Betelgeuse growing fainter over time, astronomers are theorising it could happen very soon. 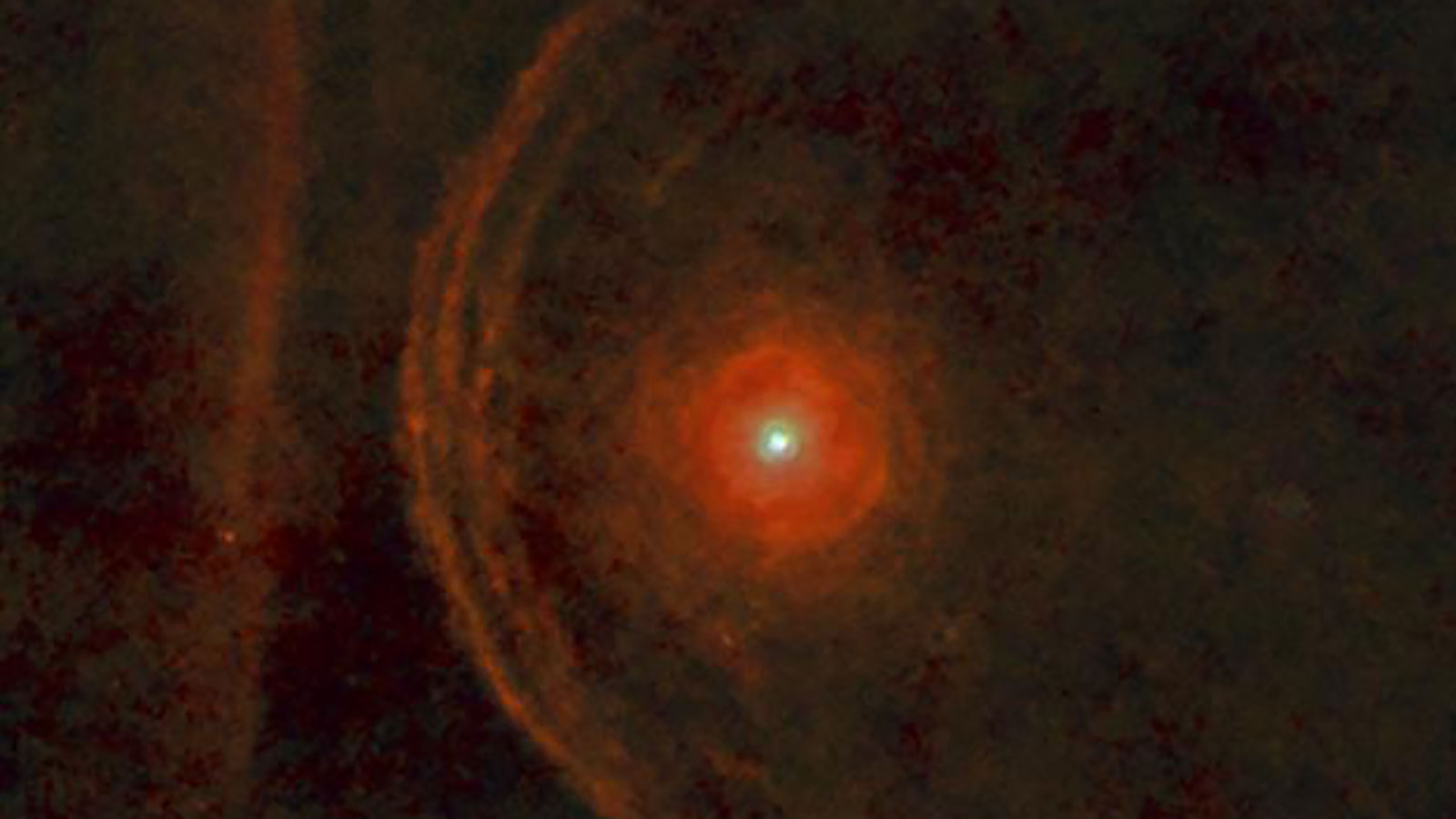 Edward Guinan, a professor at Villanova University's Department of Astronomy and Astrophysics, said that the university has been monitoring the star since 1981.

It was one of his favourites to observe as a child, so you could say Prof. Guinan has kept an eye on the star for most of his life.

Although the star experiences variability and the initial dimming was expected, it just kept growing darker rather than returning to normal brightness, Prof. Guinan said.

Then, LIGO, the Laser Interferometer Gravitational-Wave Observatory, detected gravitational waves on January 14 that seemed to come from the direction of Orion. The astronomy community initially thought this might signal the end of Betelgeuse.

If the star goes supernova, it would produce a gravitational wave burst that could be detected.

When Prof. Guinan read about the detection, he ran outside and looked up. Betelgeuse was still there and if it had blown up, it would appear as bright as Venus in our sky. As days passed and more details were analysed about the gravitational wave burst, Prof. Guinan said the waves appeared to come from a source that was 10 degrees away from the star - not near enough.

But astronomers, including Prof. Guinan, estimate that it could explode anytime in the next few weeks - or the next 100,000 years. 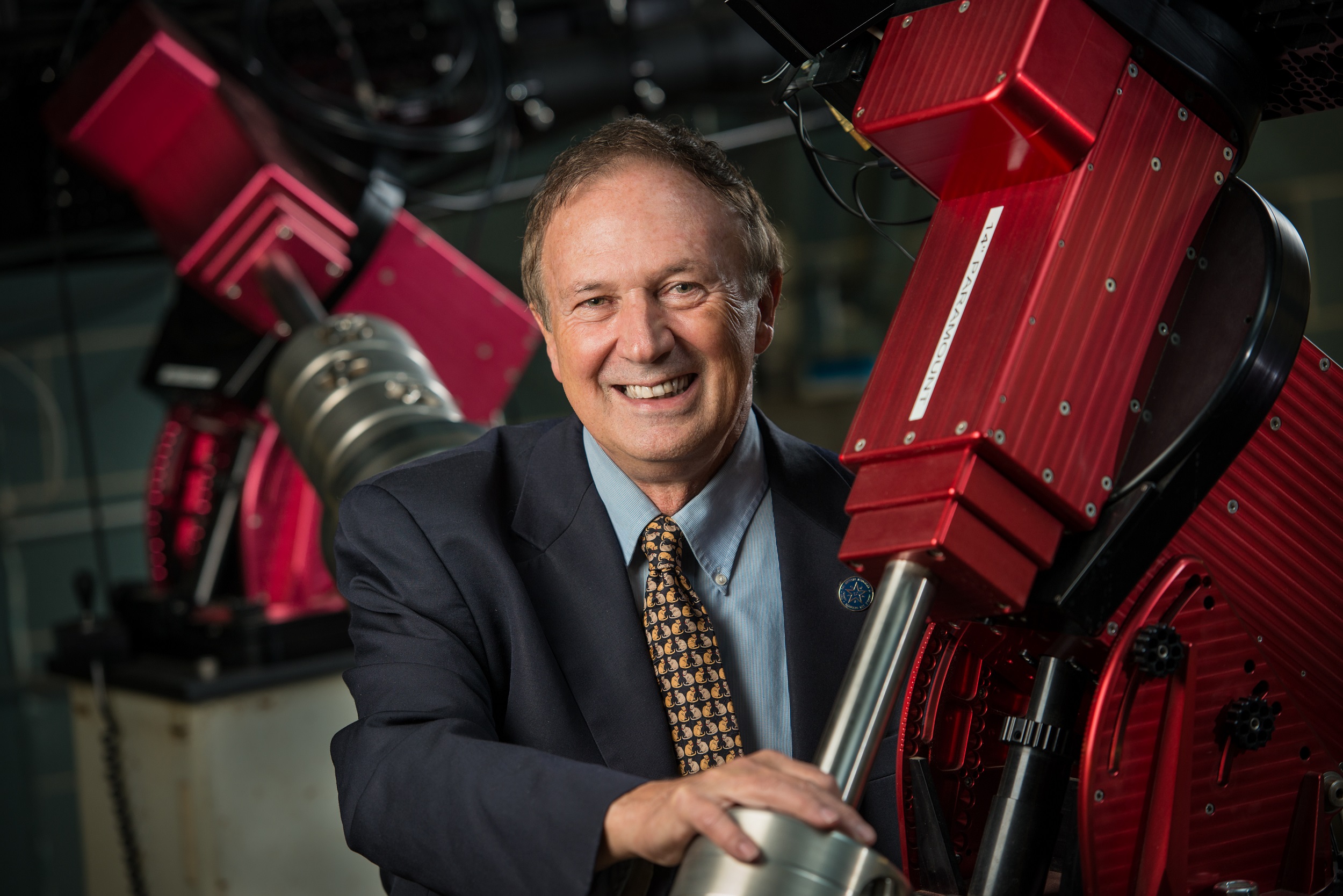 A very long, or short, countdown

Why the uncertainty? Because there are multiple factors we just don't know about Betelgeuse; the star is so bright it makes it harder to observe and study using telescopes.

We do know that Betelgeuse is estimated to be a few million years old and is about 700 light-years away.

According to NASA, the "supergiant" name is no joke: the star is thought to be somewhere between the diameter of Mars and Jupiter's orbits in size.

It's estimated to be between 11 to 12 times the mass of our sun. But neither the mass nor its distance is definite.

Factors like mass, brightness and distance can tell us how far along it is evolutionarily, Prof. Guinan said.

Prof. Guinan worked on a study that essentially tracked Betelgeuse from its current location back to its birthplace. Initially, it was born in a star cluster by the Orion Nebula, surrounded by other young stars. The star interacted with another one before it was kicked out of the cluster.

Together, Prof. Guinan and Villanova astronomer Richard Wasatonic have been observing the lone star for decades.

About two or three nights a week, when it's perfectly clear, Wasatonic observes the star with his backyard telescope for an hour. He uses four different filters to capture varied data about the star and its dimming.

They expected it to begin dimming in December because the star experiences periods of dimming and subsequent brightening every 425 days.

Given how long it's been since the star did anything really intriguing, they were actually debating if they should keep observing it or not.

"But stars are nasty when you stop observing them," Prof.  Guinan said.

READ:  Police believe mother was responsible for all four deaths at Melbourne home

"That's the way it happens."

December came and the star began to dim. But instead of rising in brightness again, it has grown to become two-and-a-half times fainter, Prof. Guinan said.

Prof. Guinan and Prof. Wasatonic looked back over data from the previous two centuries of observations including Betelgeuse -- luckily, it's a favourite star in a popular constellation.

Nothing they saw matched the behaviour they're seeing now.

They plan to keep observing the star and update the Astronomer's Telegram, a publication used to alert other astronomers about potential supernovae or comets.

Prof. Guinan said that to him, it appears that the star is levelling off, because the rate of change in its brightness isn't as steep as it was a month ago.

They don't expect it to supernova right now, but if it keeps dimming over the next two to three weeks, that could be a sign that something extraordinary is happening, Prof. Guinan said.

Of course, theories abound. This type of star is unstable, with huge, nuclear reactions occurring inside that cause bubbles the size of the sun to form.

The dimming could even be attributed to a blob of material on the surface of the star that is sinking below. But all astronomers know for sure is that while tracking its variability, it went out of bounds.

At the recent American Astronomical Society meeting in Hawaii, Prof. Guinan spoke with different astronomers about their theories.

They are divided on when they think it will blow up, but supernovae aren't easy to model.

One said his model showed that the star would grow fainter before exploding, but it may be a year or so before it does.

READ:  Van that was 'deliberately' exploded in US city revealed

The star swelled to its current size because it burned through the hydrogen in its core and switched to fusing helium instead. Once that runs out, it will switch to carbon. When it burns through its silicon, that's the end of the line.

All that will be left is the star's iron, but iron can't fuse so the star will run out of energy. When that happens, the iron collapses and causes the supernova.

The star will implode, releasing shockwaves and neutrinos, or ghostly particles, and blow apart.

Astronomers estimate it will likely become a condensed neutron star, but it could also turn into a black hole.

When that supernova happens, it will appear as bright as the full moon in our sky and remain that way for weeks before declining in brightness. It would be visible with the naked eye for at least six months.

After mid-April, the star will be harder to observe because its track sends it toward the sun.

But Prof. Guinan points out that if the supernova were to occur at that point, we could actually see the explosion during the day as long as it wasn't too close to the sun.

Meanwhile, Prof. Wasatonic, Prof. Guinan and a whole host of astronomers using a variety of telescopes are observing the star as much as possible -- in case they can watch a supernova take place in real time.

If this happens, it would be a first; astronomers usually only spot the supernova itself. Although given its distance, we would be watching an explosion that occurred about 700 years ago.