Videos out of Peterborough in the state's mid-north show apocalyptic-like scenes where wind gusts of up to 85 kilometres an hour rattled cars and shook trees.

There is minimal visibility on both country roads and the main street.

In the town of Renmark, in the state's northeast, a red glow hangs over the River Murray.

Across the border at Broken Hill residents couldn't escape the grips of the dust.

The Bureau of Meteorology expects these conditions to continue into the evening with the winds to calm when the sun sets and the temperature drops. 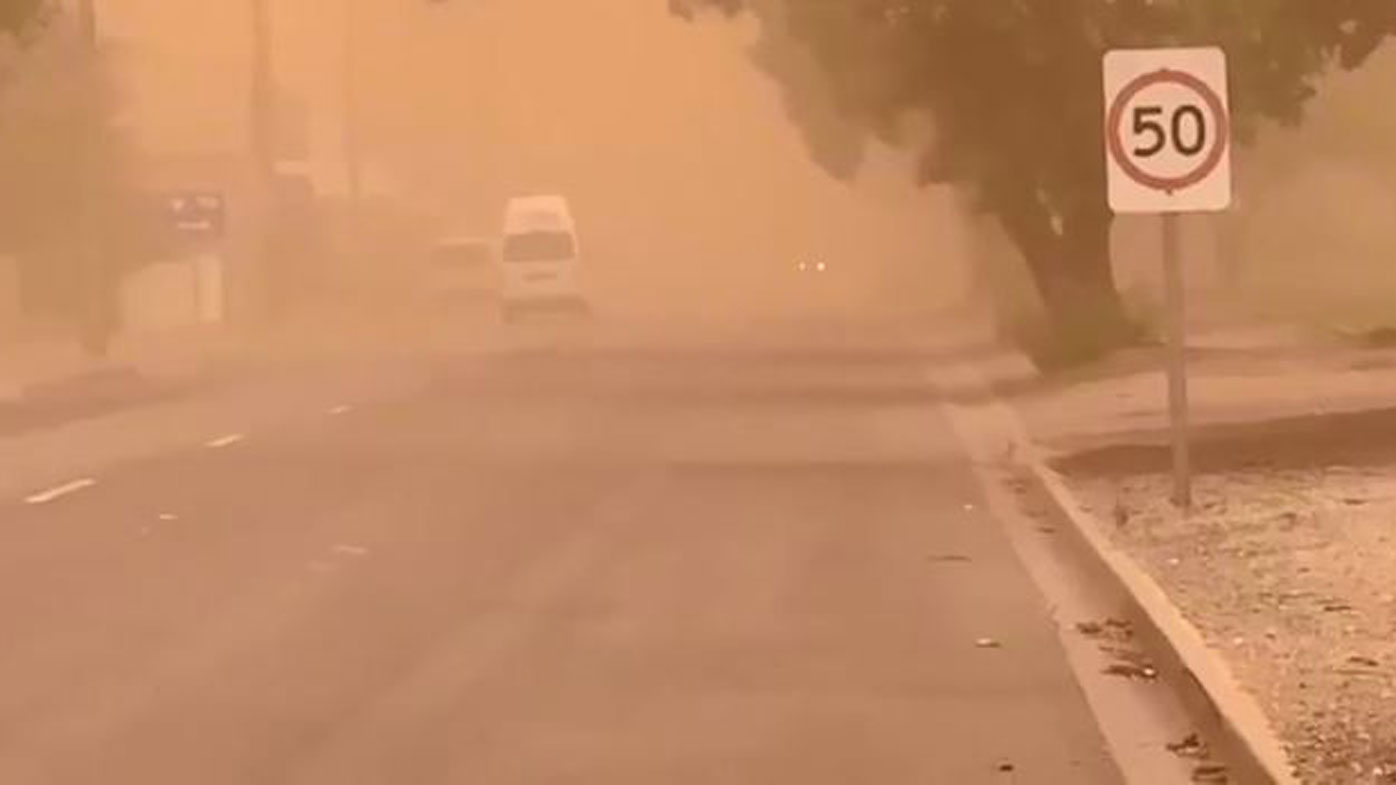 "An extensive area of dust has been picked up by the strong and gusty winds ahead of a cold front moving across South Australia," BOM South Australia said in a tweet.

"The dust extends into NSW and Victoria and covers an estimated area of over 275,000 square kilometres. Conditions easing overnight."

An enormous dust storm swept through NSW's Central West over the weekend, bringing premature darkness and blanketing communities in a thick coat of red dust.

Images and video posted to social media showed a cloud of dust many times the height of buildings baring down on Dubbo.

The massive dust cloud first hit the town of Narromine, 40 kilometres to the west, before descending on Dubbo and then arriving in Parkes, 120km to the south.

Months of unusually dry weather have parched the soils, making it easier for winds to lift dust particles high into the air.

Severe dust storms can pose a range of health risks to human, with reduced visibility often causing an increased number of traffic accidents while inhaling dust can cause or exacerbate respiratory problems.