A highly-venomous red-bellied black snake was found inside a Queensland school but safely removed before students got a fright.

A highly-venomous red-bellied black snake was found inside a Queensland school but safely removed before students got a fright.

The metre-long predator was captured at the school at Nambour on the Sunshine Coat by snake catcher Stuart McKenzie.

He posted footage of Tuesday's slick operation on Facebook.

Mr McKenzie told nine.com.au the unwelcome visitor had curled itself up inside a door frame.

"This has happened a few times lately with these exact doors, where snakes get up into the side of them and wedge themselves in the gap," Mr McKenzie told nine.com.au 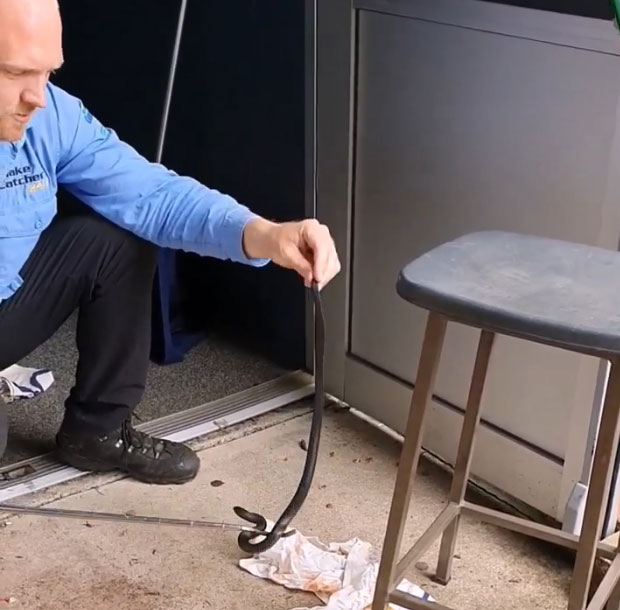 "It's usually pythons which have the ability to curl themselves up and hide. But this red belly was also able to do the same."

The red belly only moved from its cosy lodging when Mr McKenzie pushed a nearby hose through the door frame.

"It was a bit of a tricky job but it was all over in about 15 minutes - before the kids came out of class," he said.

The red belly's natural habitat is forest and swampland but it is a frequent visitor to urban areas. While not naturally aggressive, it can attack if provoked.

He advised people to ensure their doors and windows are closed, or fitted with fly screens.

"Remember to keep your doors, windows and screen doors shut and make sure there are no gaps under them so snakes can't get inside your home."

READ:  Millie Bobby Brown: The 'Sexualization' And 'Insults' Hurled At Me Are Painful
Shares
Share This
Finance Advice 2021