Singapore authorities are concerned about COVID-19 transmission among migrant workers after the city state reported a record 2268 new cases.

Singapore authorities are concerned about COVID-19 transmission among migrant workers after the city state reported a record 2268 new cases.

From the new cases reported on Wednesday, 2258 are locally transmitted including 448 in migrant worker dormitories, the Ministry of Health reported.

There were also eight further deaths. 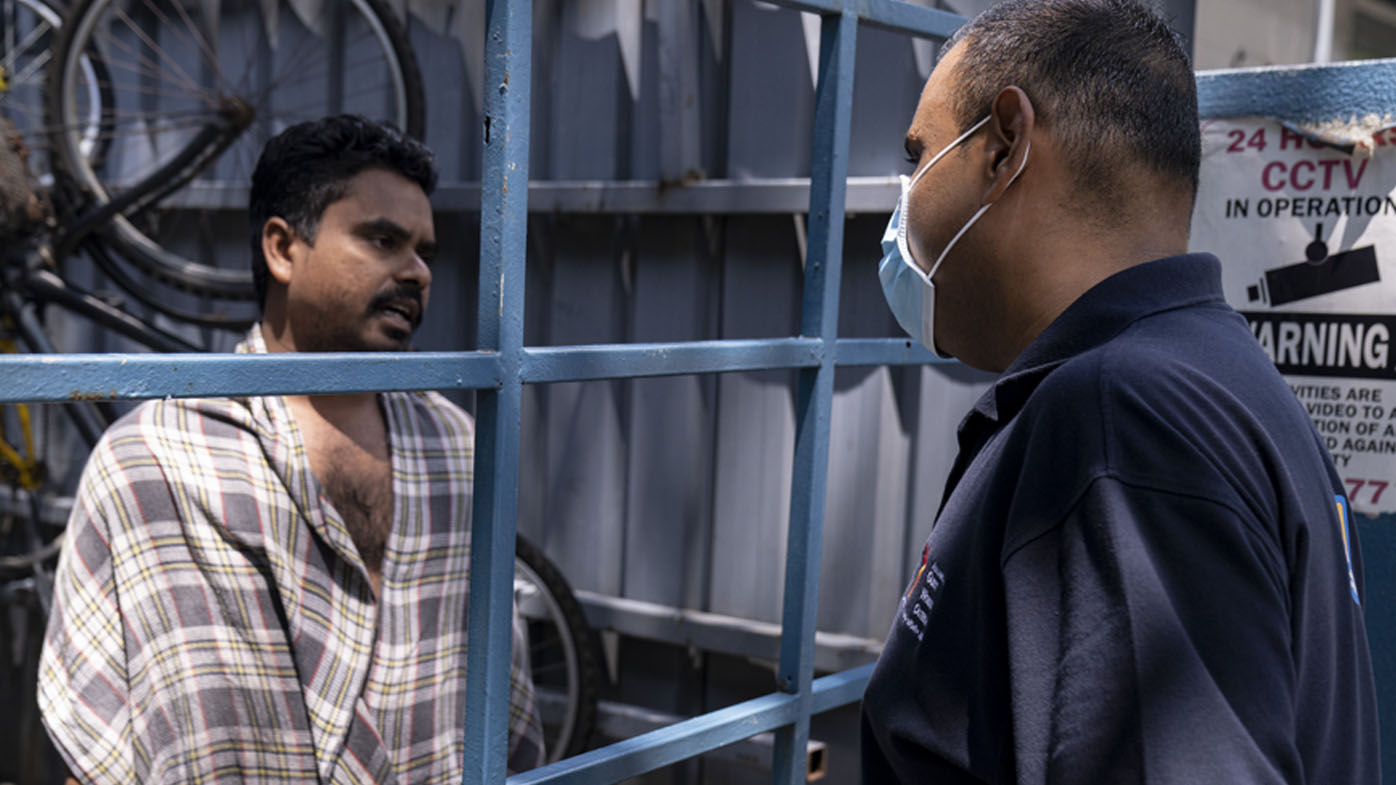 Singapore is one of the most vaccinated countries - with 82 per cent of its population receiving both COVID-19 jabs.

But authorities remain concerned about transmission among the city state's migrant workers who live in cramped dormitories. Despite being fully vaccinated, they have been under strict regulations since the start of the pandemic last year.

The Ministry of Health said on Wednesday it was "closely monitoring" 12 active large clusters, including three dormitory clusters.

About 300,000 migrant workers, many of whom come from Bangladesh and India, have been confined to their workplaces and dormitories since the start of the pandemic last year.

They do vital manual work such as building roads, buildings and other infrastructure. 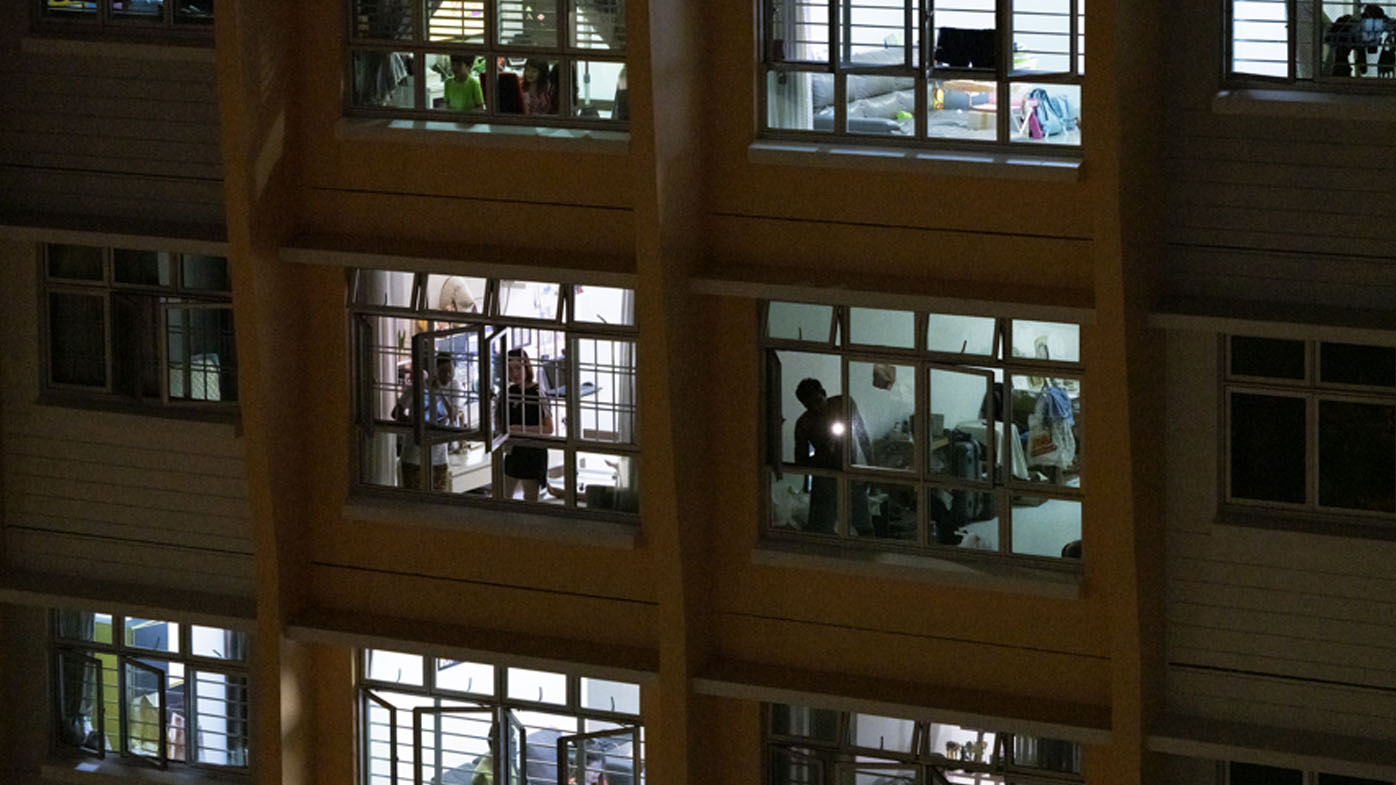 But many of the migrant workers have complained that being confined to cramped dormitories was like being in prison.

But in June, the government announced it was planning to move toward a living with COVID strategy - attempting to control outbreaks with vaccines and monitoring hospitalisations rather than restricting citizens' lives.

However even then, migrant workers were excepted from the larger freedoms. 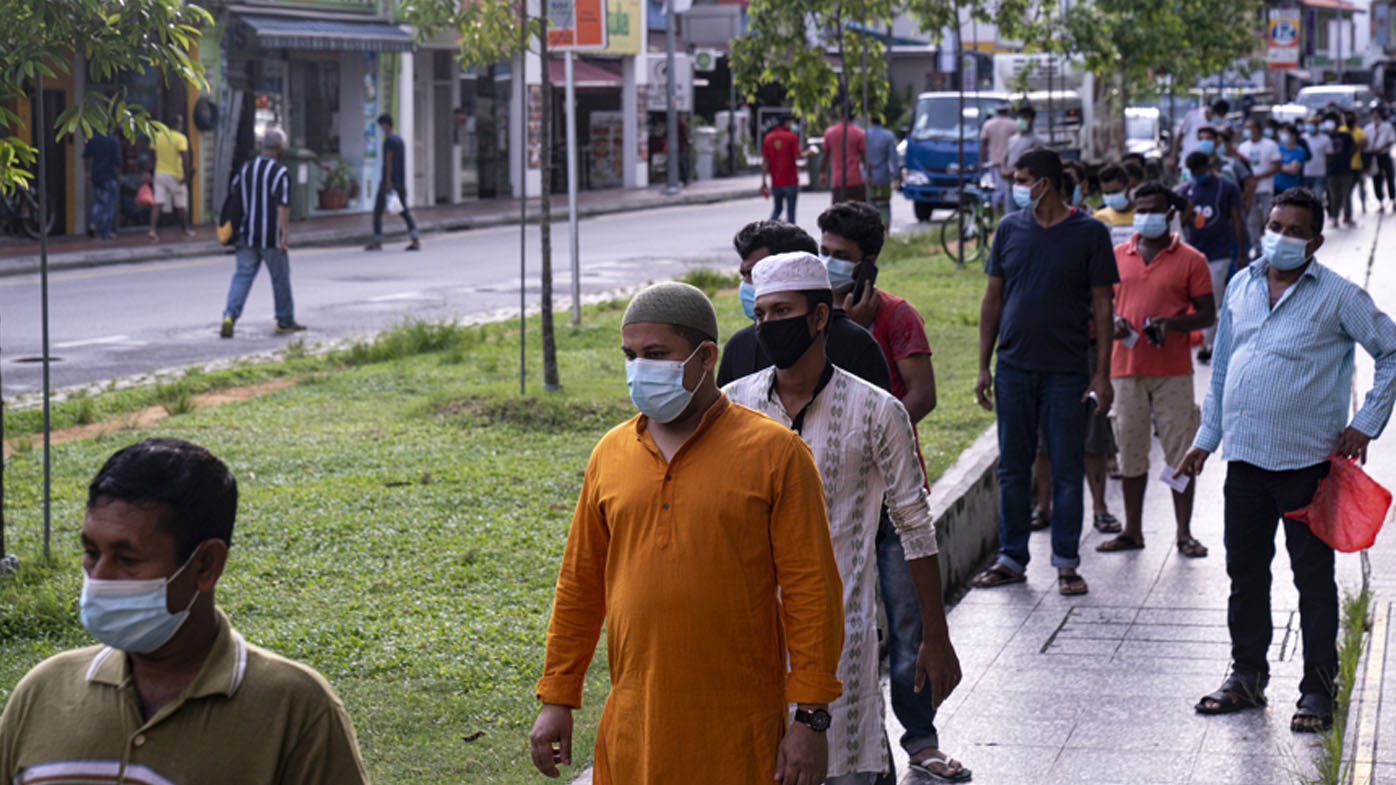 Last month, Singapore's government said it would allow a small number of workers to go out in a pilot scheme.

Singapore has one of the highest COVID-19 vaccination rates in the world, with more than 80 per cent of the population fully vaccinated.

But in response to rising cases, Singapore authorities this week tightened restrictions for the general population until October 24 in a bid to combat the spread of the virus.