There are warnings of “significant delays” at vaccination centres in Victoria after computer systems crashed this morning.

There are warnings of "significant delays" at vaccination centres in Victoria after computer systems crashed this morning.

Some hubs in Melbourne have waits of more than five hours, according to the government website, but out of the city in places such as Bendigo, some have just 15 minute waits.

Victoria's coronavirus testing chief Jeroen Weimar said technical issues this morning caused "disruption" but were sorted out by 10.30am. 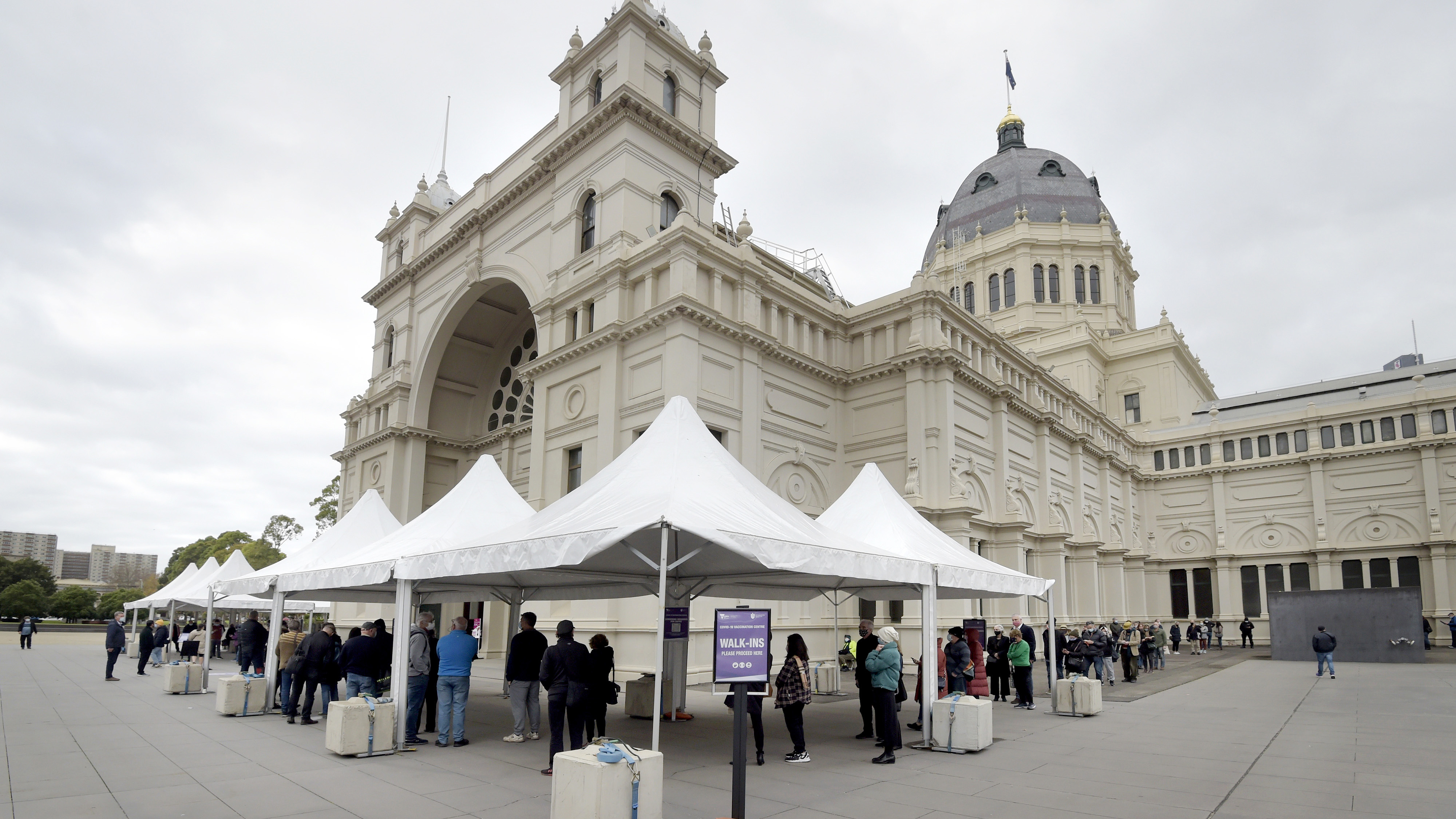 He said people were "welcome" to just turn up but should check the official website for the latest waiting times.

He said the call centre was taking a "record" number of calls.

He said the level of around 20,000 a day can be sustained for the weeks ahead, compared with the vaccines they have in stock.

"We are keen to maintain this intensity," he said.

"We can only go as fast as the supply of vaccine allows us to go."

He said he was "frustrated" that some staff were unable to log into the new computer system at two vaccine hubs.

But he said they would not yet be launching an online booking system for people.

"We will launch the online portal when we are confident it will be a good option for people to use."

Victorian Health Minister Martin Foley told people not to give up trying to get through to the vaccination booking line and to maybe try again later.

He reminded people they could also contact their GP about booking, with more due to join the vaccination program.

Around half the vaccinations given yesterday were Pfizer and half were AstraZeneca.

The state yesterday recorded its biggest single day of vaccinations - as the federal opposition leader called for more advertising to encourage people to get the jab.

Over 21,000 people received a jab yesterday - as the age range was expanded to include people aged 40-49. 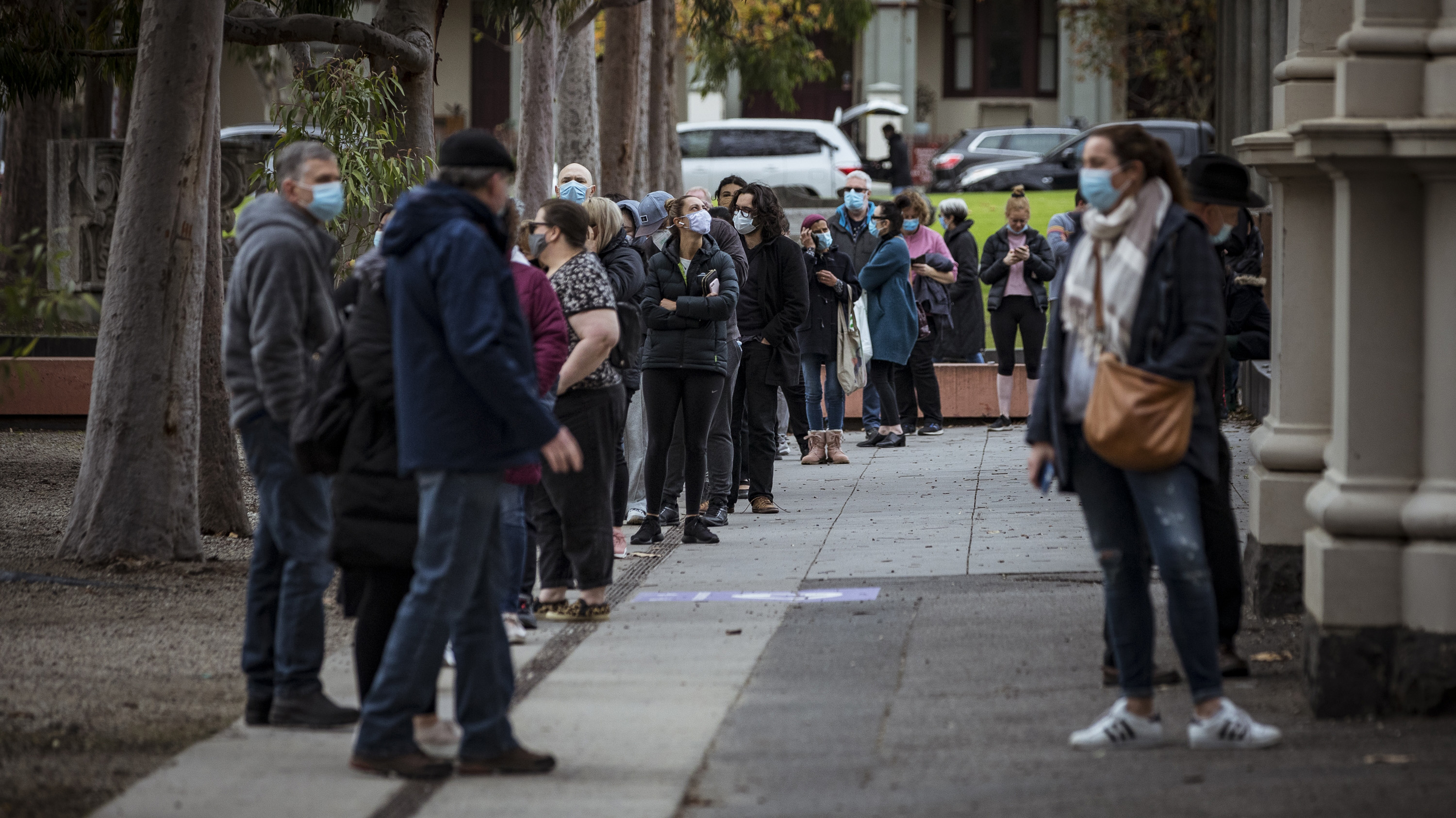 That's despite complaints of people struggling to get through on the phone booking line, and some being turned away when they went to try and get one in person without an appointment.

The Royal Melbourne Hospital, which runs one of the biggest hubs at the Royal Exhibition Centre, told people not to turn up today without a booking.

The Federal Government is giving people in aged care homes and disability homes the vaccine while states and territories are covering the rest of the population.

Director of epidemiology at the Doherty Institute Professor Jodie McVernon said the numbers today were a welcome sign.

"All of us are aware of anecdotes over recent weeks of empty vaccine centres," she told Today. 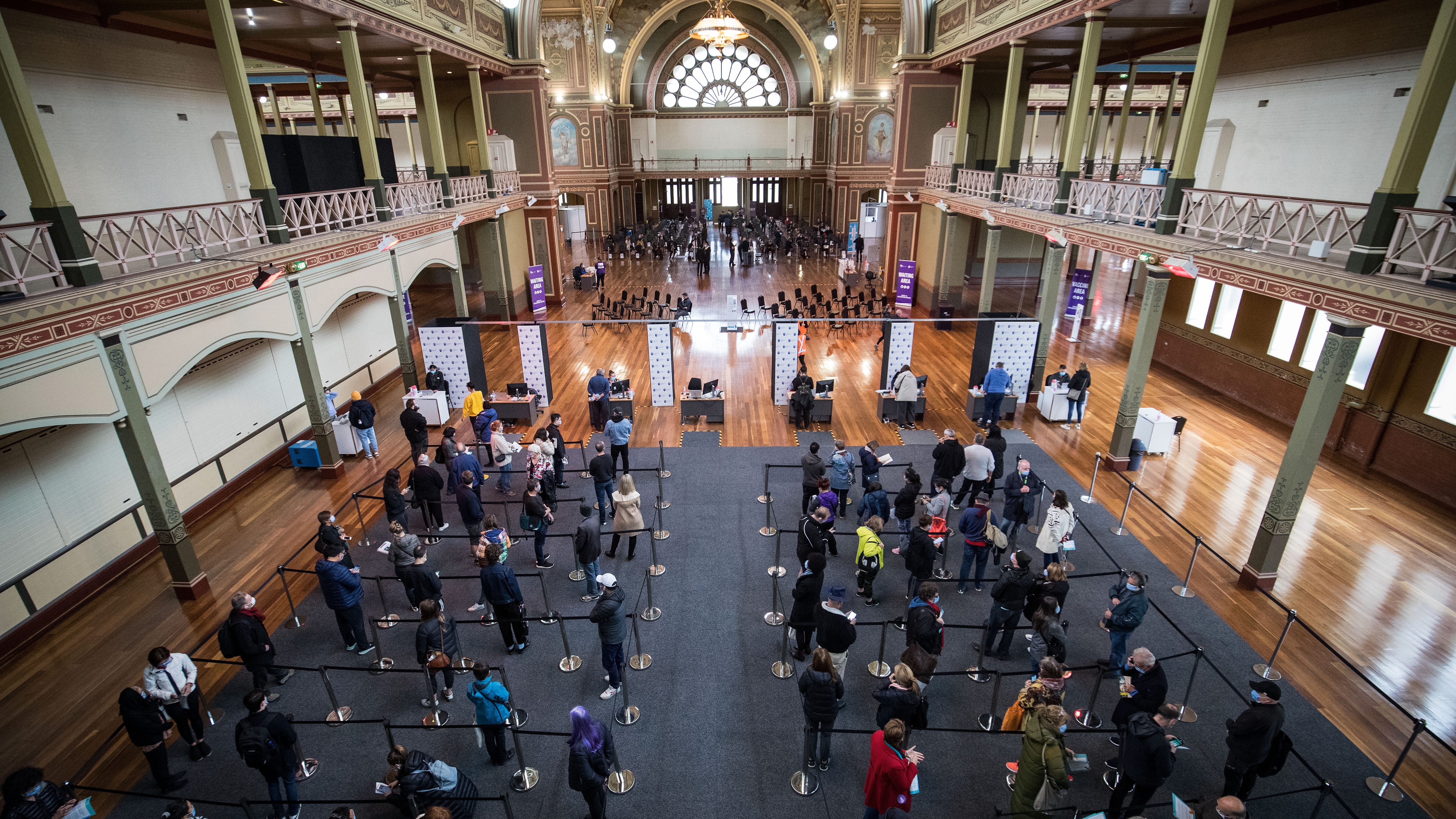 "The vaccines have been there and the Commonwealth has made more vaccines available to Victoria as well.

"So this expanded recommendation is great and obviously concern about COVID itself is a reality in Victoria at the moment as we are dealing with this latest outbreak and working through this latest lockdown." 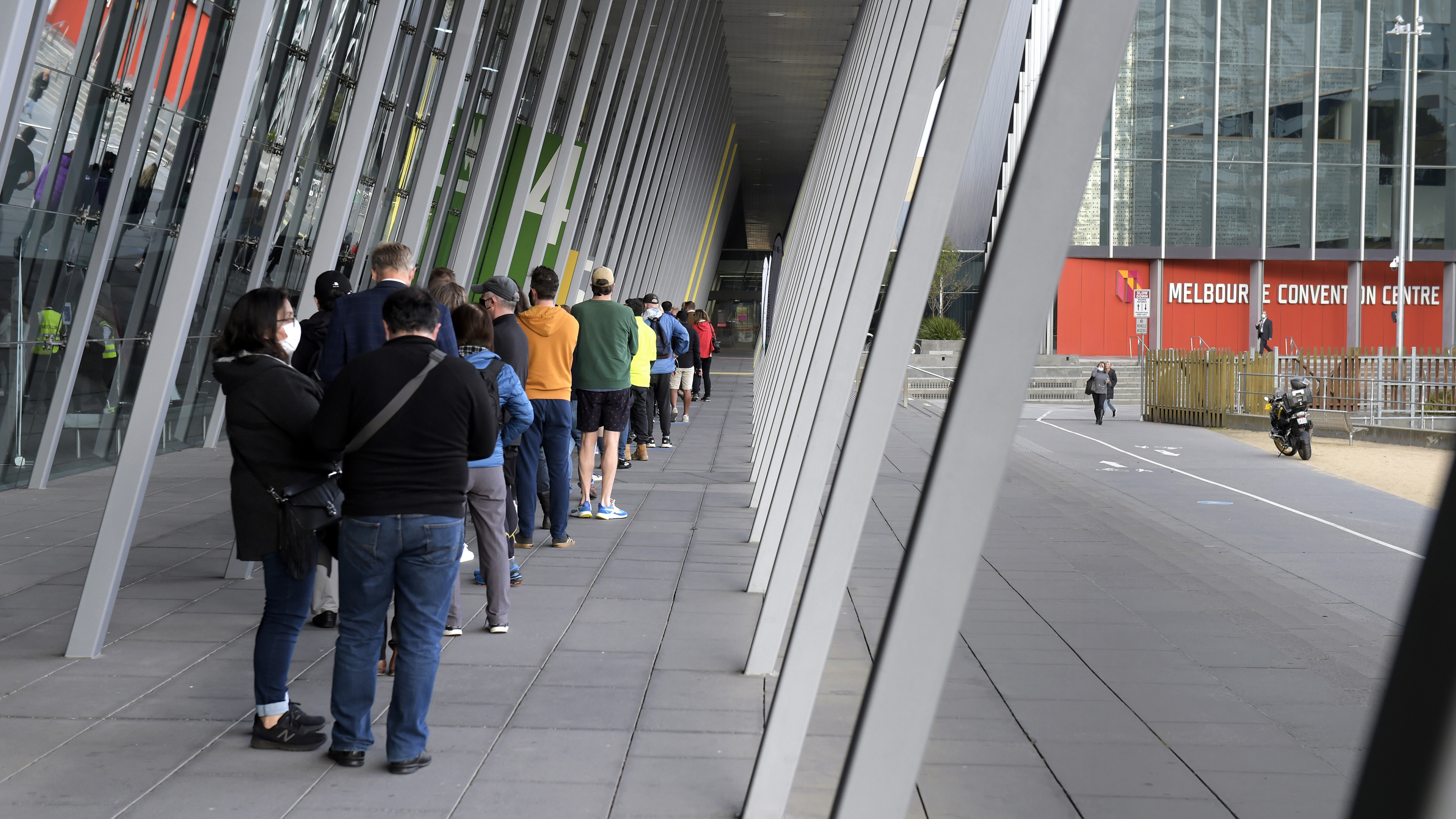 The state's Acting Premier James Merlino has said the lockdown might not have been needed if more people had been vaccinated, with the State and Federal governments facing ongoing criticism over the rollout and their refusal to set new targets after abandoning earlier landmarks.

READ MORE: Village-style quarantine hub in Victoria to be approved by PM

The total number of vaccine doses given out across the nation is 4,031,539, according to the Australian Government.

NSW also gave out its highest number of vaccinations so far yesterday - a total of 14,119.

But Prof McVernon said there is no "magic number" of vaccinations that need to be done. 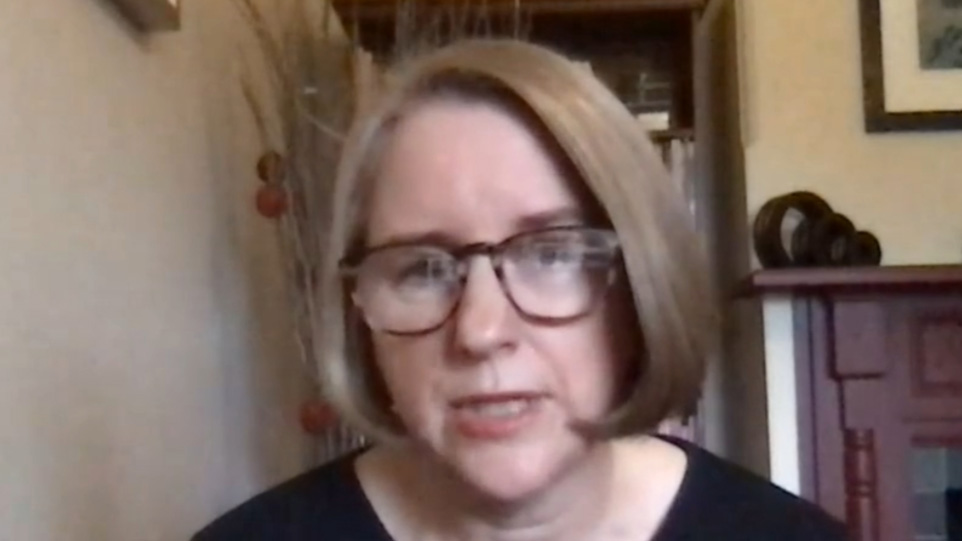 "We need a more nuanced and mature discussion," she said.

"It takes a high level of vaccine coverage for the spread of COVID to get to very low levels that we think might be manageable without the needs for lockdowns and other measure.

"But as more and more people in the population become vaccinated, that level will slow down the spread."

Opposition Leader Anthony Albanese today called for a public campaign to inform the public about vaccinated.

"We need to have an appropriate public information campaign to encourage vaccinations," Mr Albanese said.

"We've seen nothing, we still see more ads for Harvey Norman in a day than we see for the rollout of the vaccine and the people to get vaccinated than we've seen in a year." 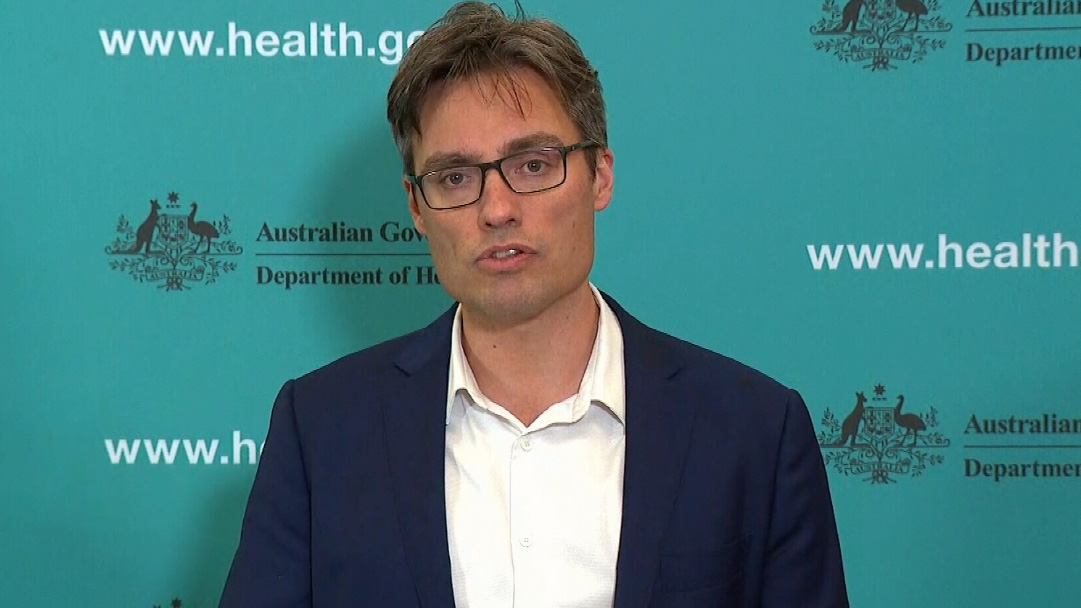 Meanwhile, the Professor agreed with Dr Nick Coatsworth, former top government doctor who said Australia needs to live with the virus, stop locking down and prepare to open the borders.

READ:  Chrissy Teigen Updates Fans Following Miscarriage: 'We Are Quiet But We Are Okay'

"This virus is not something we can't lock up fortress Australia and wait for the storm to pass. It's with us," she said.

"It's around us in the world.

"As we become more confident of our ability to control the disease and as we ultimately increase easing our borders and re connecting with the outside world, the infection will be here."

She added that opening vaccinations to 40-49s, when most people who die from the virus are older, was "encouraging" as they are more "socially active".

Only half of over 70s in Victoria have been vaccinated it has been revealed, with many aged care homes in the state not having receiving vaccines earlier this week.

However, she backed the week-long lockdown.

More places visited by people with the virus across the state have been added to the list of exposure sites, which is over 100.

"We saw how quickly those exposure sites stacked up and they were all over the metropolitan Melbourne and into the regions," she said.