A meteor was caught on camera soaring across the ocean in Tasmania, lighting up the sky and breaking into pieces.

A meteor was caught on camera soaring across the ocean in Tasmania, lighting up the sky and breaking into pieces.

The vision, captures by a livestream camera on board a CSIRO research ship, shows the extremely bright meteor racing across the sky before breaking into pieces.

Those onboard the RV Investigator say they were astounded by what they'd seen. 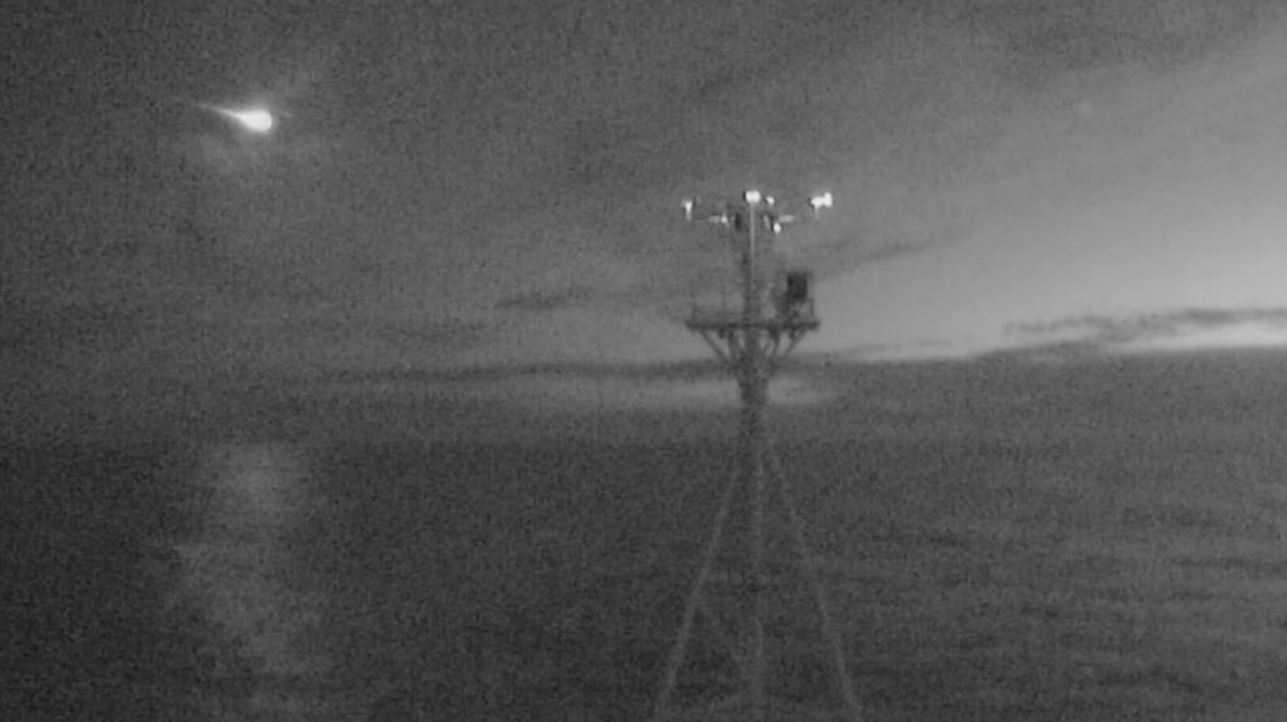 "What we saw on reviewing the livestream footage astounded us, the size and brightness of the meteor was incredible," CSIRO Voyage Manager John Hooper said.

"The meteor crosses the sky directly in front of the ship and then breaks up – it was amazing to watch the footage and we were very fortunate that we captured it all on the ship livestream."

The footage captures a phenomenon rarely seen by the human eye.

"Most of it goes unseen as it occurs over an unpopulated area like the southern ocean.

"When a meteor enters the Earth's atmosphere at high-speed, it is the friction of rock with the atmosphere that makes them burn, as their kinetic energy is converted to other forms like heat, light and sound."