A rare disease that still affects humans today has been found in the fossilised remains of a duck-billed dinosaur that roamed the Earth at least 66 million years ago.

A rare disease that still affects humans today has been found in the fossilised remains of a duck-billed dinosaur that roamed the Earth at least 66 million years ago.

Researchers at Tel Aviv University noticed unusual cavities in two tail segments of the hadrosaur, which were unearthed at the Dinosaur Provincial Park in southern Alberta, Canada.

They compared the vertebrae with the skeletons of two humans who were known to have a benign tumor called LCH (Langerhans cell histiocytosis), a rare and sometimes painful disease that affects children, mainly boys. 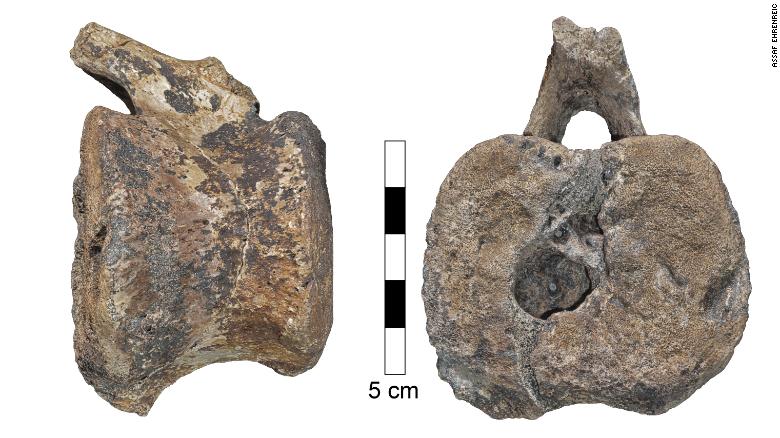 "Diagnosing diseases in skeletal remains and fossils is complicated as in some cases different diseases leave similar marks on bones. LCH, however, has a distinctive appearance that fit to the lesions found in the hadrosaur," Dr Hila May, head of the Biohistory and Evolutionary Medicine Laboratory, at TAU's Sackler Faculty of Medicine said.

"New technologies,such as the micro CT scanning, enabled us to examine the - structure of the lesion and reconstruct the overgrowth as well as the blood vessels that fed it," Dr May told CNN.

"The micro and macro analyses confirmed that it was, in fact, LCH. This is the first time this disease has been identified in a dinosaur." 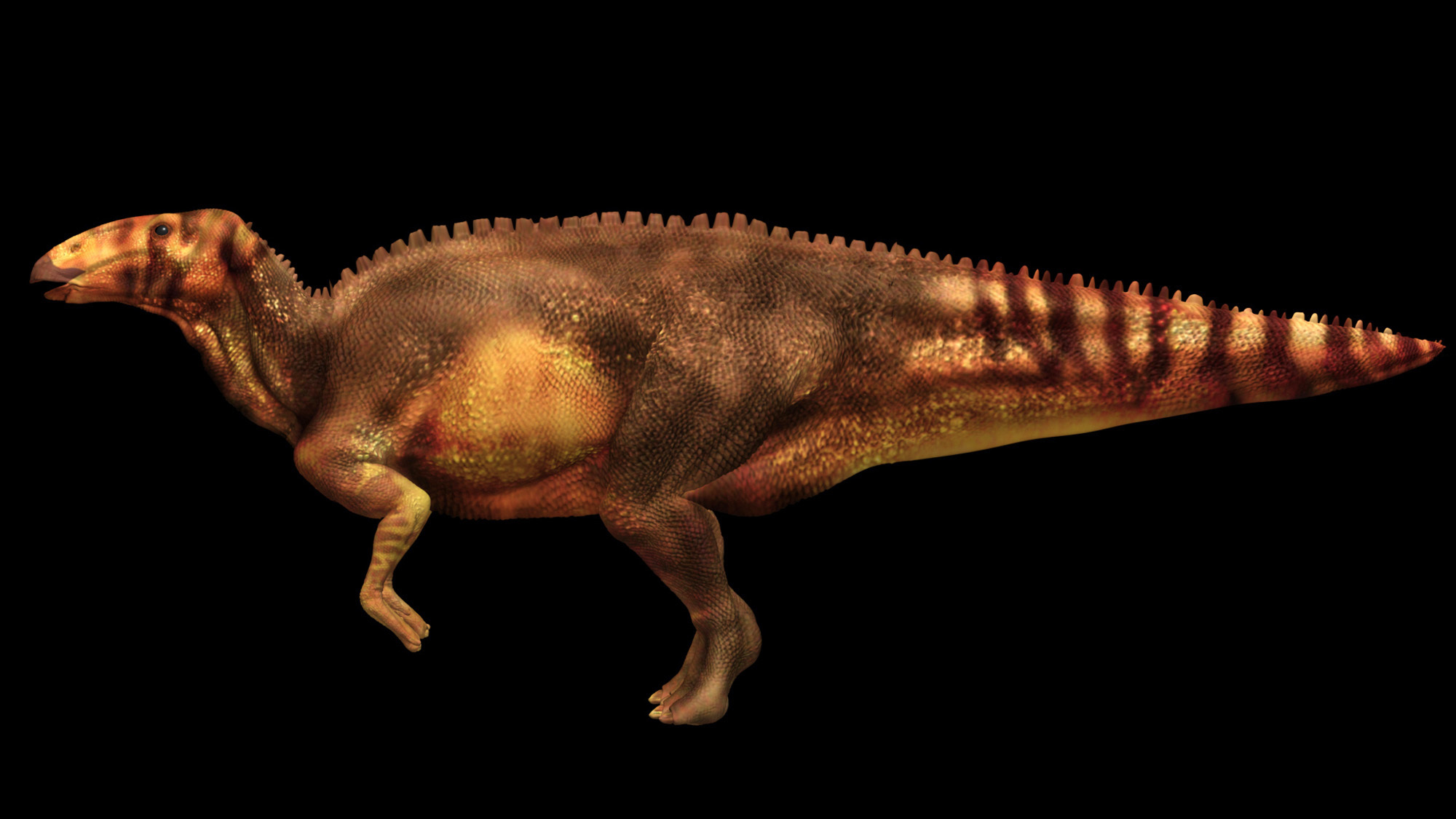 In humans, LCH is sometimes described as a rare form of cancer but Dr May said that there are different opinions among experts as to whether it is definitively a cancer or not because in some cases its passes spontaneously.

"Most of the LCH-related tumors, which can be very painful, suddenly appear in the bones of children aged two -10 years. Thankfully, these tumors disappear without intervention in many cases," she said.

Hadrosaurs would have stood about 10 metres high and weighed several tons. They roamed in large herds 66 to 80 million years ago, the study, which published this week in the journal Scientific Reports said.

Like us, dinosaurs got sick but evidence of disease and infection in the fossil record -- a field known as paleopathology -- has been scant.

Studying disease in fossils, independent of the species, is a complicated task.

It is even more complicated when dealing with those of animals that are extinct as we do not have a living reference, May explained.

The authors said the finding could help further evolutionary medicine -- a new field of research that investigates the development and behaviour of diseases over time.

Given that many of the diseases we suffer from come from animals, such as coronovirus, HIV and tuberculosis, Dr May said understanding how they manifest themselves in different species and survive evolution can help find new and effective ways to treat them.

"When we know that a disease is independent of species or time, it means the mechanism that encourages its development is not specific to human behaviour and environment, rather [it's] a basic problem in an organism's physiology," Dr May said.

Reproduced with permission from CNN.

READ:  Statement on events and sponsorships amid COVID-19
Shares
Share This
Finance Advice 2021