The coin, a silver shilling with a portrait of King Charles I, was created by the royal mint in the Tower of London back in England in 1634.

A silver coin found in the US after almost 400 years provided a big clue for archaeologists searching for St Mary's Fort - one of the earliest English settlements in the New World.

The coin, a silver shilling with a portrait of King Charles I, was created by the royal mint in the Tower of London back in England at around the time the fort was settled in 1634, according to Travis Parno, the director of research and collections at the Historic St. Mary's City museum.

"It didn't exactly have the date printed on it, but it was pretty much the next best thing," Mr Parno said. 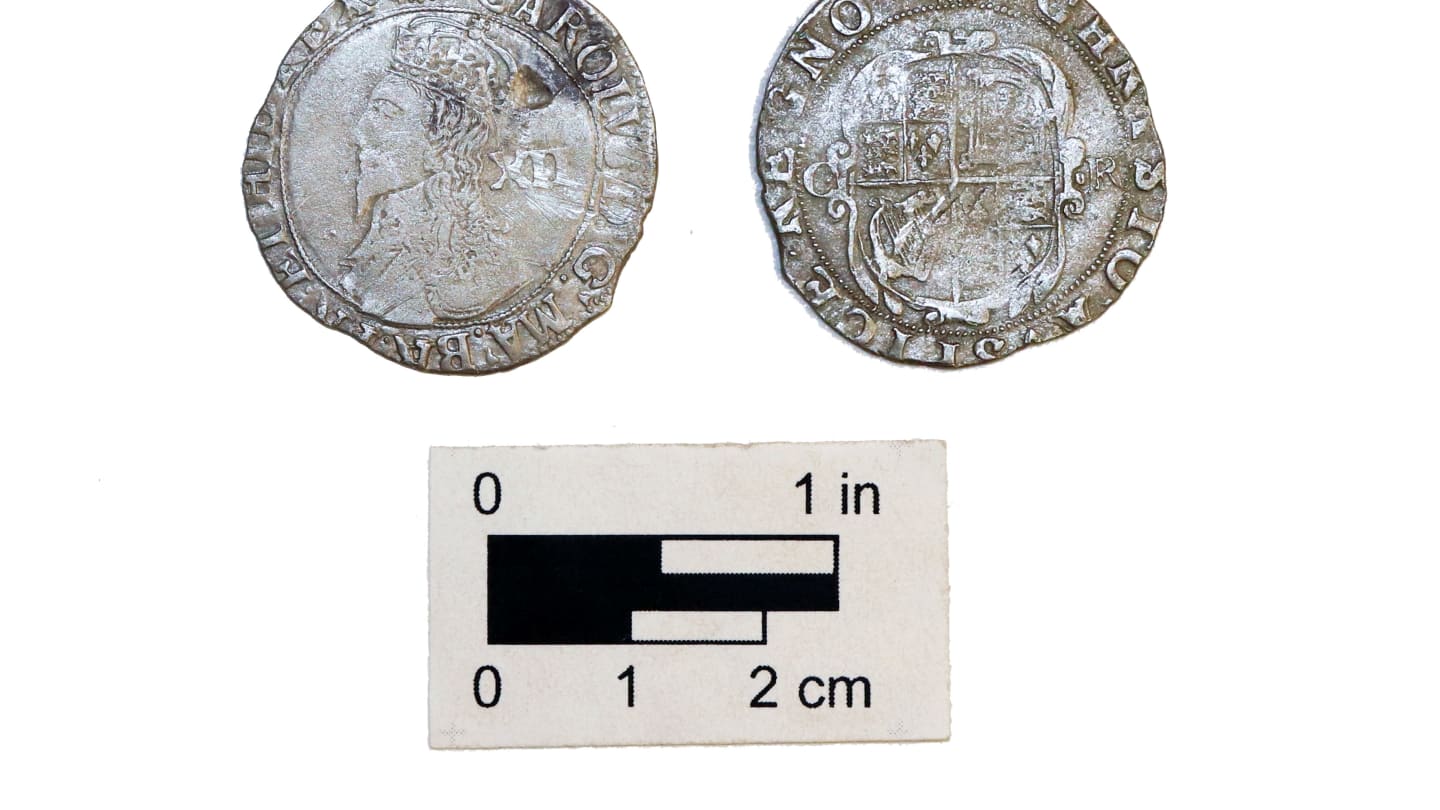 Coins were uncommon at the time, Mr Parno said, because people would often pay for goods, services and even land with tobacco, which was becoming wildly popular in Europe.

Mr Parno said one of the original 150 English settlers at the fort most likely carried it to Maryland and then lost it.

Archaeologists found the coin in November near a building site where they were working in St Mary's Fort, which was the first home to English settlers in Maryland.

Mr Parno and his team announced in March that they had located the original fort after years of searching.

Experts with ground-penetrating radar and other tools found the original palisade -- a sturdy fence made of buried logs -- that was built to protect the fort, which was about the size of a football field. There was a bastion at one corner for a canon, Mr Parno said.

READ:  One Of Trump's Personal Valets Tests Positive For Coronavirus

The archaeologists then dug in the area for several months and found other artefacts that indicate that the site was used in the early 17th century.

"At this point, we've got a confluence of data that says this is without a doubt, the remains of St Mary's Fort," Mr Parno said. "The coin definitely helped. It was kind of like the cherry on top."

St Mary's City was Maryland's first capital city and is about 112 kilometres south of Annapolis on the St Mary's River.

It was the fourth English colony in the United States after Jamestown, which was founded in 1607, Plymouth in 1620 and Massachusetts Bay in 1630, according to the museum's website.

Archaeologists are still working to excavate part of the fort and Mr Parno said that work will continue for the foreseeable future.

The site is open to the public.

Historic Saint Mary's City is also working with members of the Piscataway community and other groups on the People to People Project, which will tell the story of the interaction between the English colonists and the Native people who lived in the area.

Mr Parno said that there are two Native sites near the fort -- one is about 2000 years old and the other dates back about 5000 years.

"Our goals are to treat all three of these sites, that are all kind of right next to each other, as the subject of our study, to trace the entire history of human occupation in this part of Maryland, back thousands of years," Mr Parno said.