A centuries old coin bought on a hunch for less than a dollar at a French flea market has turned out to be worth almost $150,000.

A centuries old coin bought on a hunch for less than a dollar at a French flea market has turned out to be worth almost $150,000.

The rare Continental dollar coin was made in 1776 when the United States was a fledgling nation.

The lucky owner was unfamiliar with the coin when he bought it for just 50 Euro cents and only discovered he could have snapped up a treasure when he Googled it later, Fox News reports. 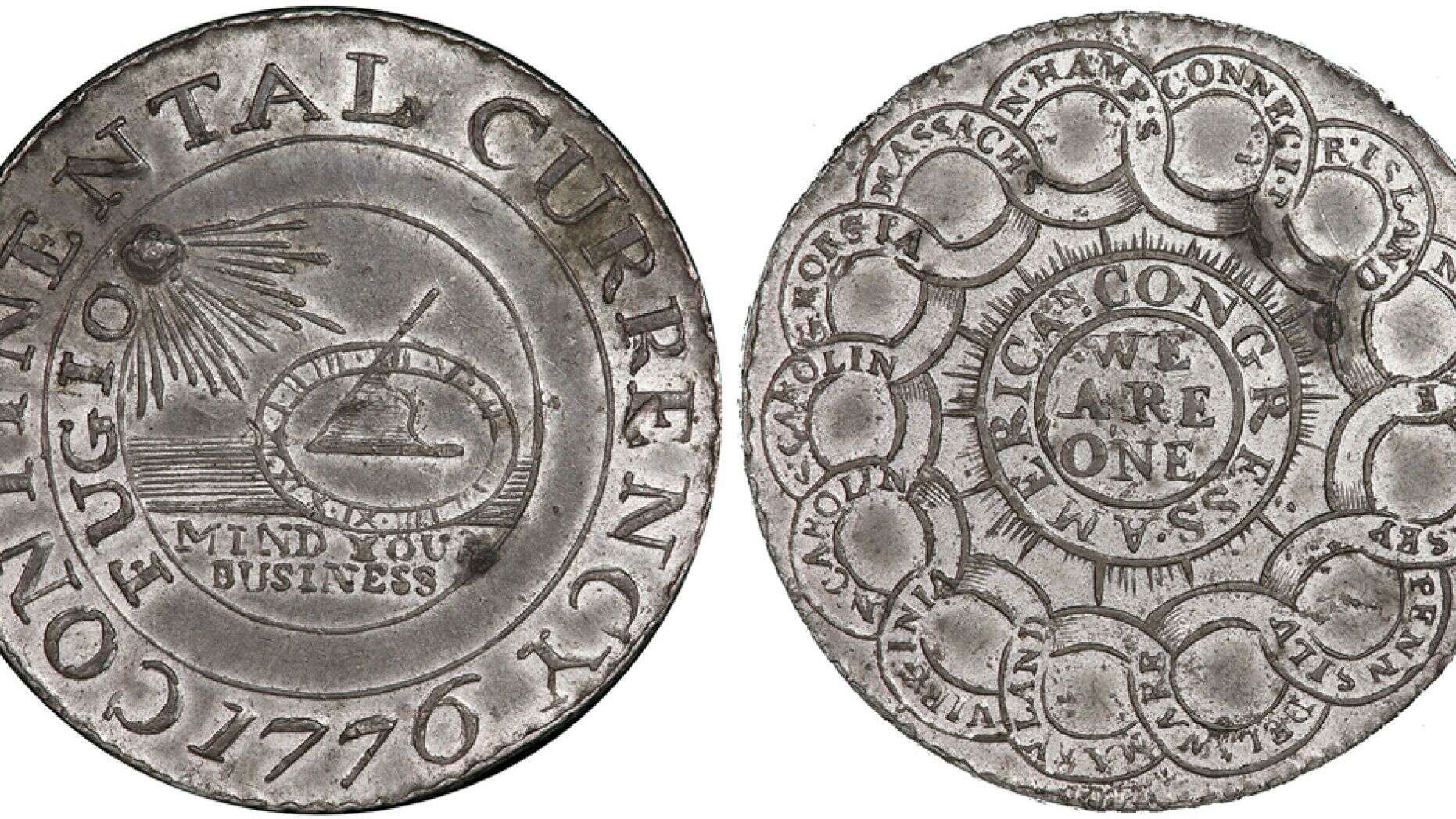 "The seller had a cookie box full of coins and medals for sale and, while the buyer was looking through it, the seller pulled out another box of coins with this coin on top," Professional Coin Grading Services, who valued the coin, said.

"The buyer unfamiliar with this piece asked a price, and the seller said 50 [Euro] cents. The coin was purchased, and the new owner later Googled 'Continental Currency' and '1776' to discover what he had.

"Believing he had found a treasure, he took it to a local coin dealer for authenticity, who was unsure and suggested he send it to the United States for authentication."

The rare coin is made from pewter and shows a sundial in a centre ring with "mind your business" written below. Written on the outer rings, are the words "Fugio", "Continental Currency" and the date 1776.

The reverse side of the coin features the names of the 13 colonial states and the messages "we are one" and "American Congress".

The origin of Continental currency remains unclear, with some historians suggesting they were made in England as satire, in a bid to mock the new US nation.

However, the coins were still highly valuable and showed a rare piece of history, Professional Coin Grading Services said.

"While the origin of these pieces is still under debate, the 1776 Continental Dollars are important early coinage celebrating the birth of the brand-new nation of the United States," it said in a statement.