One of the last Sandro Botticelli portraits left in private hands sold at auction for a record $120.1m (after fees) at Sotheby’s New York on Thursday morning.

One of the last Sandro Botticelli portraits left in private hands sold at auction for a record US$92.2 million ($120.1m) (after fees) at Sotheby's New York on Thursday morning.

The 15th-century painting "Young Man Holding a Roundel" became the most expensive work by the Renaissance artist ever to appear at auction, and the most valuable Old Masters work ever sold at a Sotheby's, the auction house announced.

Believed to have been produced in the late 1470s or early 1480s, the portrait was purchased by its previous owner in 1982 for just £810,000 (a little over $1.3 million in today's money). It depicts an unidentified young man holding a small circular painting known as a roundel. 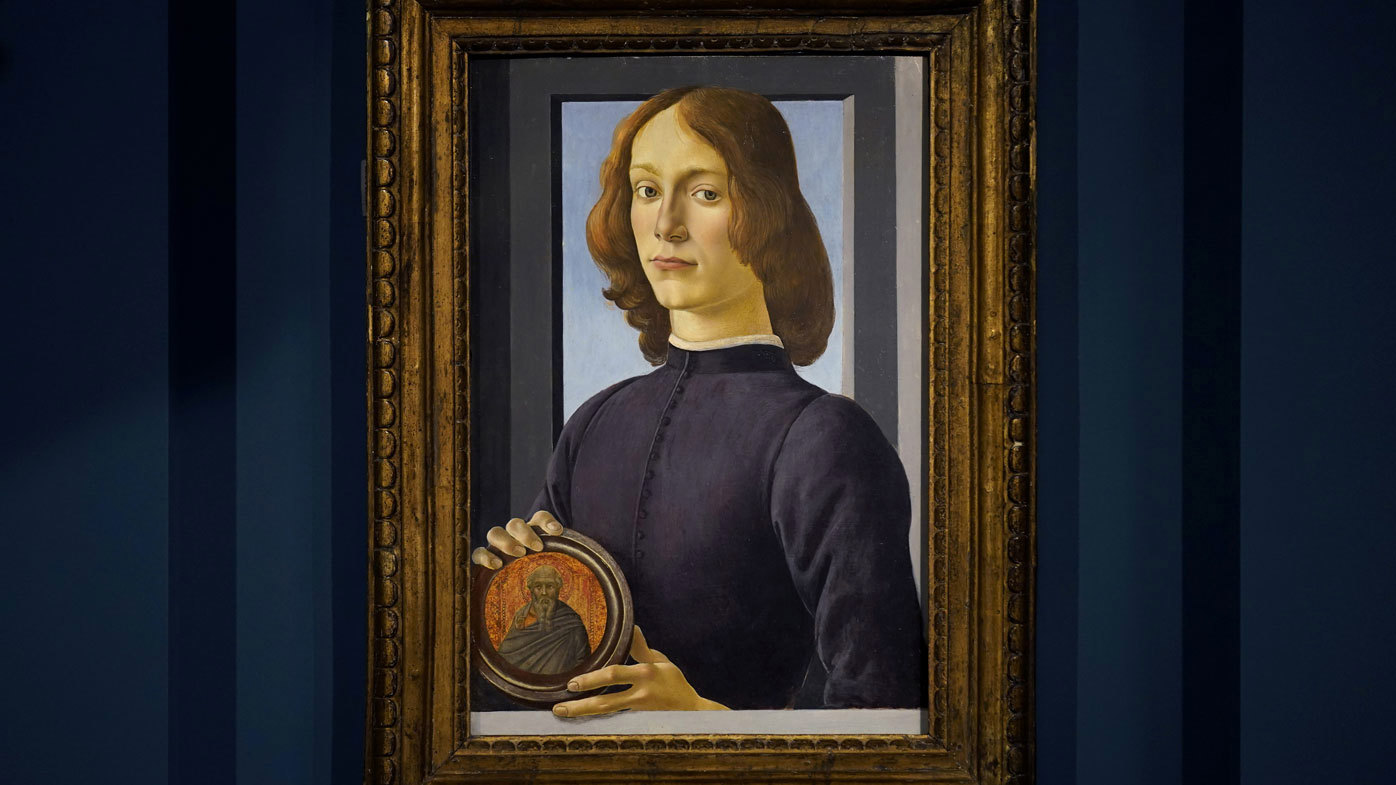 The roundel itself contains a miniature religious portrait by 14th-century Sienese painter, Bartolomeo Bulgarini, that Botticelli incorporated into the work.

"This painting is not just the greatest Botticelli in private hands but is to be considered amongst the finest Renaissance paintings in private ownership," head of Sotheby's Old Master painting department, Christopher Apostle, said in an email prior to the sale.

Having billed the work as "one the most significant portraits of any period ever to appear at auction," Sotheby's initially estimated bids in excess of US$80 million ($104m). But Apostle also predicted that it could "very well be the next painting to surpass the rarified US$100 million ($130m) threshold".

Had it done so, it would have become the first painting to achieve a nine-figure sum at auction since Claude Monet's "Haystacks," which fetched over US$110 million ($160m) in 2019. 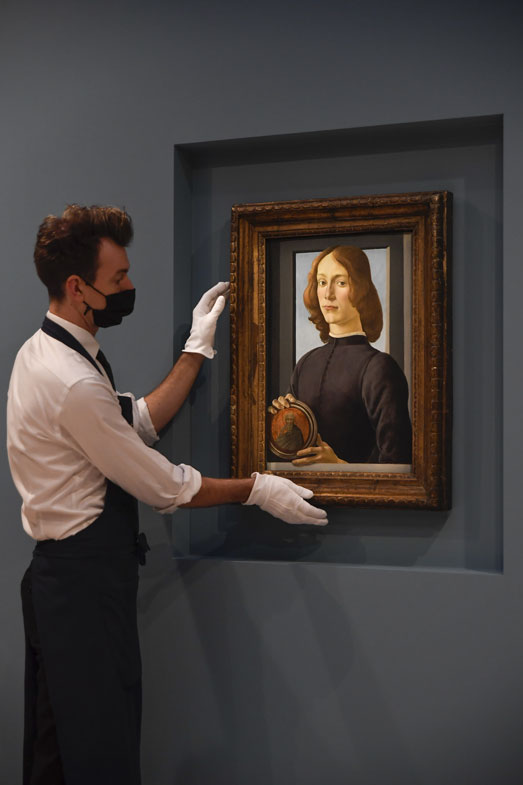 Though not as well-known as Botticelli masterpieces like "The Birth of Venus" and "Primavera," the portrait sold on Thursday "depicts the quintessential Renaissance man," Apostle said. "It has a very modern feel, largely thanks to its astonishing condition and setting," he said.

Although celebrated during his lifetime, Botticelli's legacy faded after his death in 1510. It was only in the late 19th century that interest in his oeuvre was reignited.

Today, however, he is considered a key figure in the Western art tradition. A blockbuster exhibition featuring around 40 of the painter's works, due to open September at the Musée Jacquemart-André in Paris, is among 2021's most anticipated art shows.

Botticelli rarely produced portraits, focusing most of his career on religious scenes and paintings of classical mythology. Only a dozen or so are known to have survived, with almost all now found in museum collections.

Prior to Thursday's sale, the auction record for one of his paintings was the US$10.4 million ($13.55m) paid for "Madonna and Child with Young Saint John the Baptist" — also known as "The Rockefeller Madonna" — at Christie's in New York in 2013. 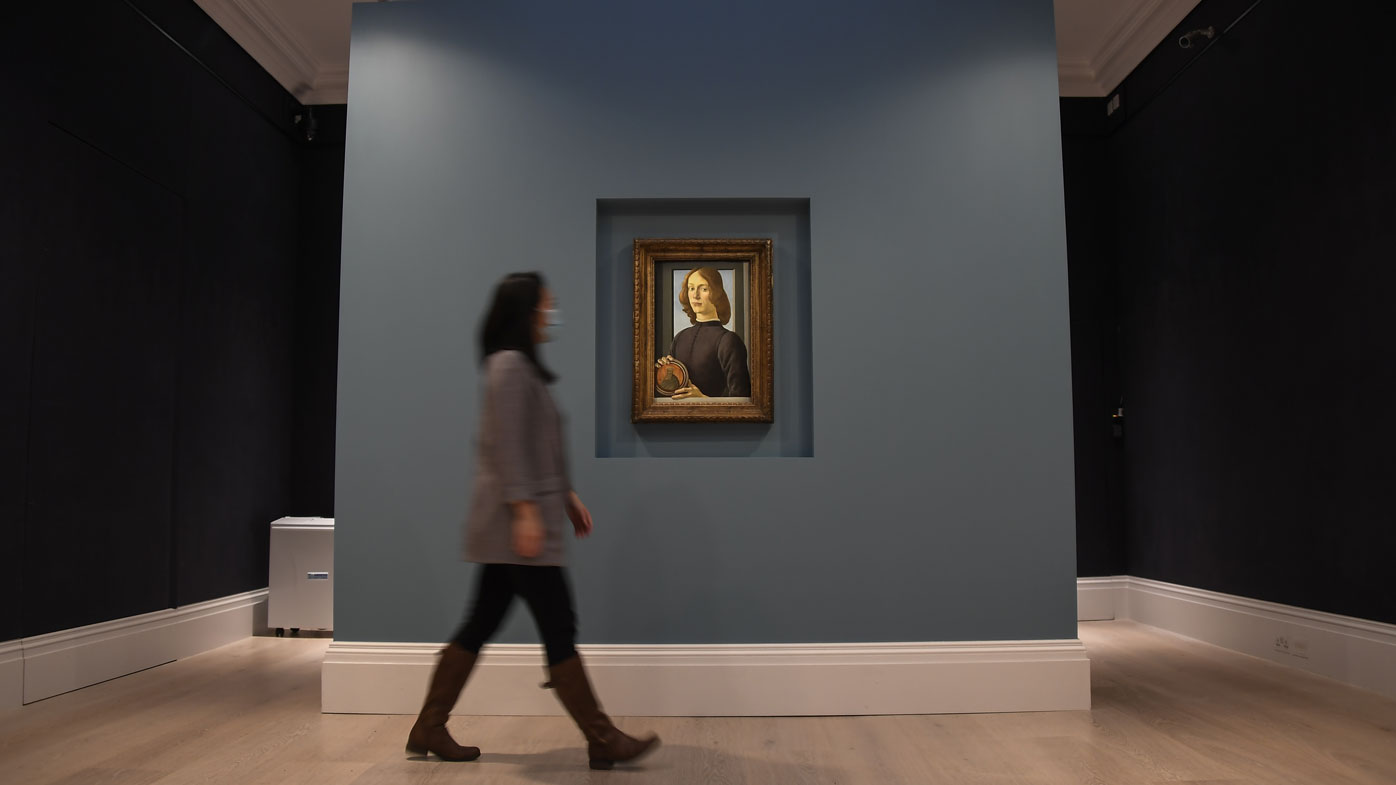 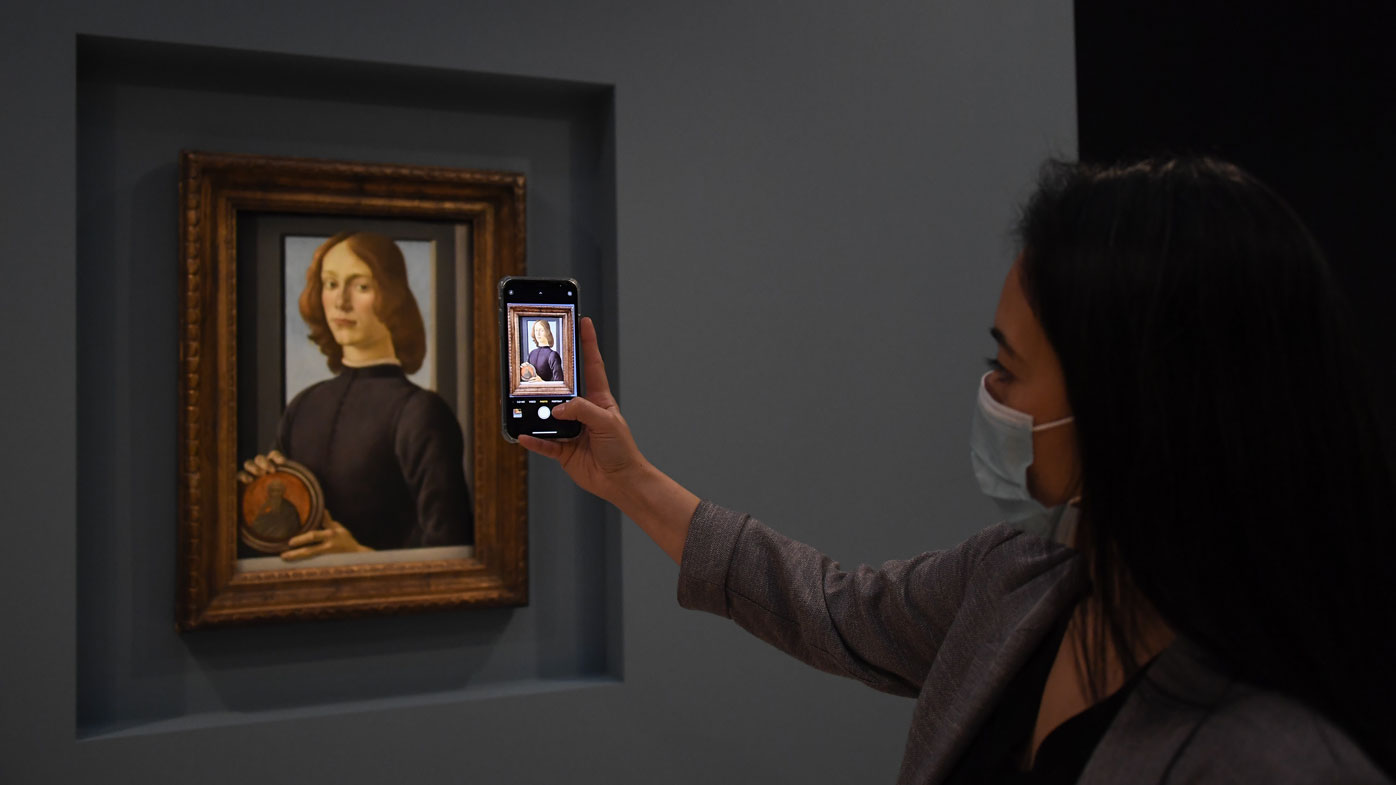 "Young Man Holding a Roundel" was the star of Sotheby's "Master Paintings and Sculpture" sale, which brought together still life paintings and portraits by celebrated European artists.

The other standout lot, a rare biblical scene by Rembrandt titled "Abraham and the Angels," which had not appeared at auction since the 1840s, was one of four works withdrawn just before the sale began.

Other items still to sell as part of the auction house's Masters Week series include a 17th-century sculpture by Pietro and Gian Lorenzo Bernini, estimated to sell for between US$8 million and US$12 million ($10.4m - $15.6m), and a triptych by Flemish painter Pieter Coecke van Aelst that is expected to make up to US$3.5 million ($4.5m).