A thick lawyer of fog shrouded Sydney this morning ahead of what is expected to be a wet weekend for the eastern states of Australia.

Images taken from Nine's chopper show Sydney's CBD hidden beneath a thick layer of cloud which has lifted letting in some sun after heavy rain drenched the city yesterday and overnight. 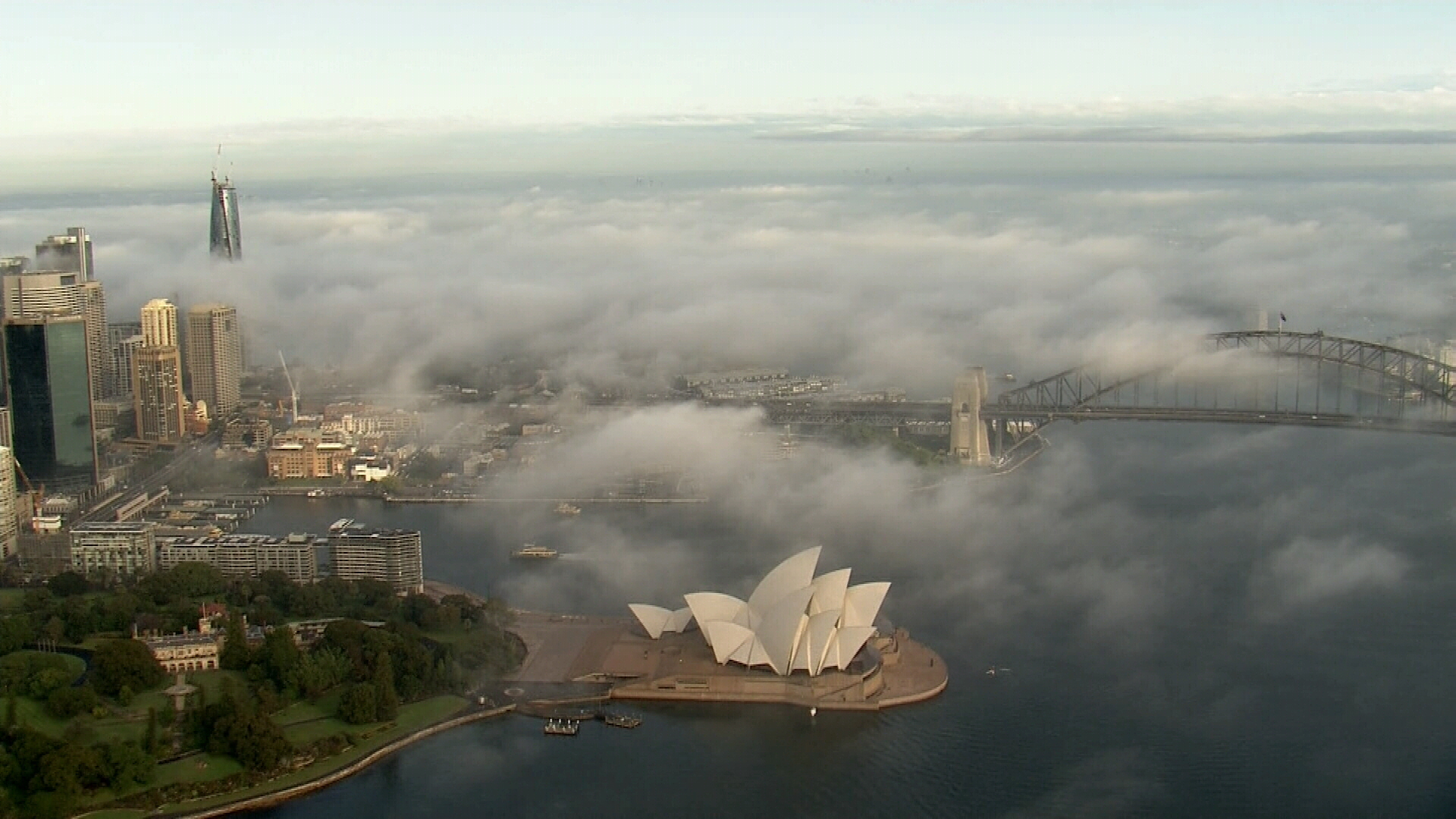 This wet and wild weather is the result of a complex frontal system that's also expected to dump showers on South Australia. 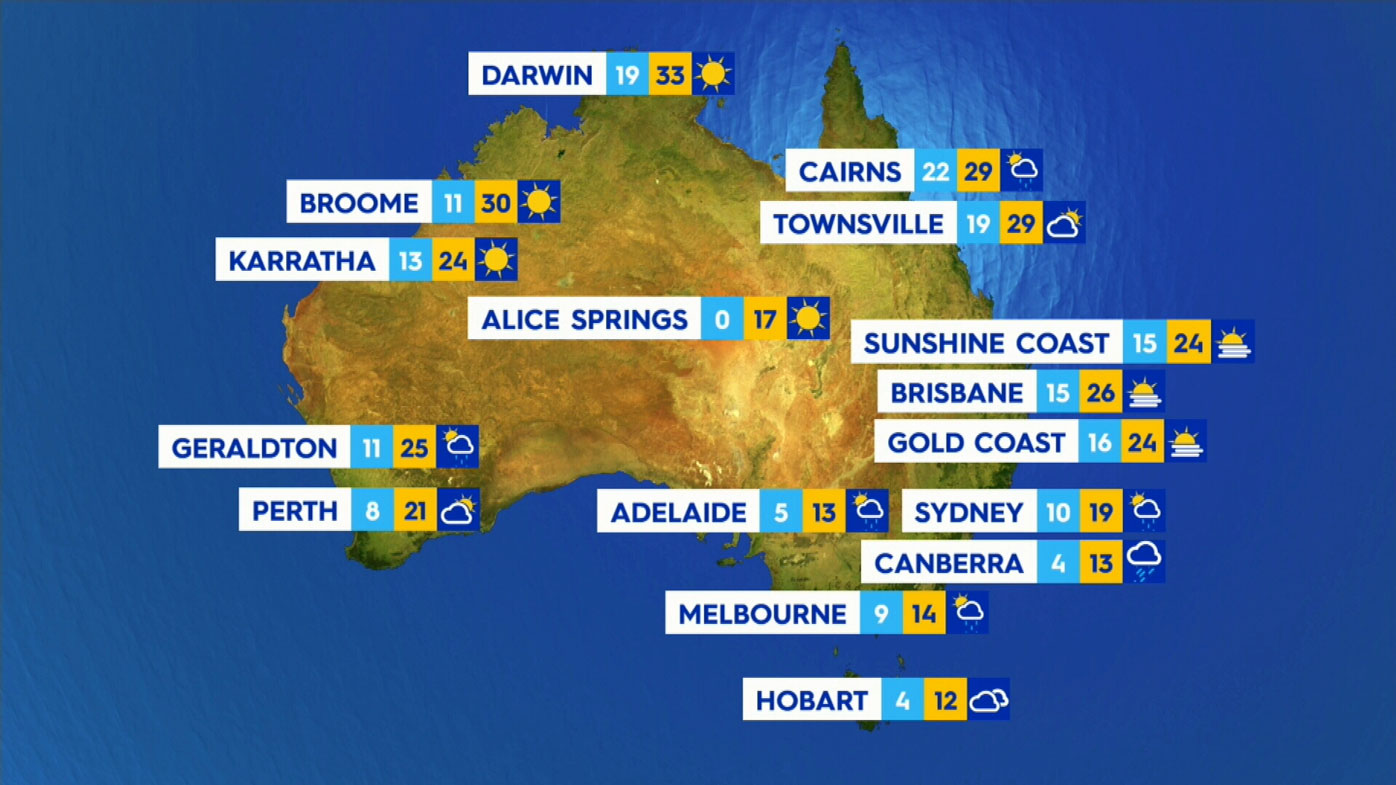 An unstable onshore flow meanwhile is expected to cause showers over southern parts of Western Australia.

High pressure will keep other areas dry and settled.

Here's the weather across Australia on Saturday, August 8, 2020.

Partly cloudy in Sydney with a high chance of showers and chance of a thunderstorm in the morning and afternoon.

Cloudy in Canberra with a very high chance of rain, most likely in the morning and afternoon. A low of 4C and a high of 13C. 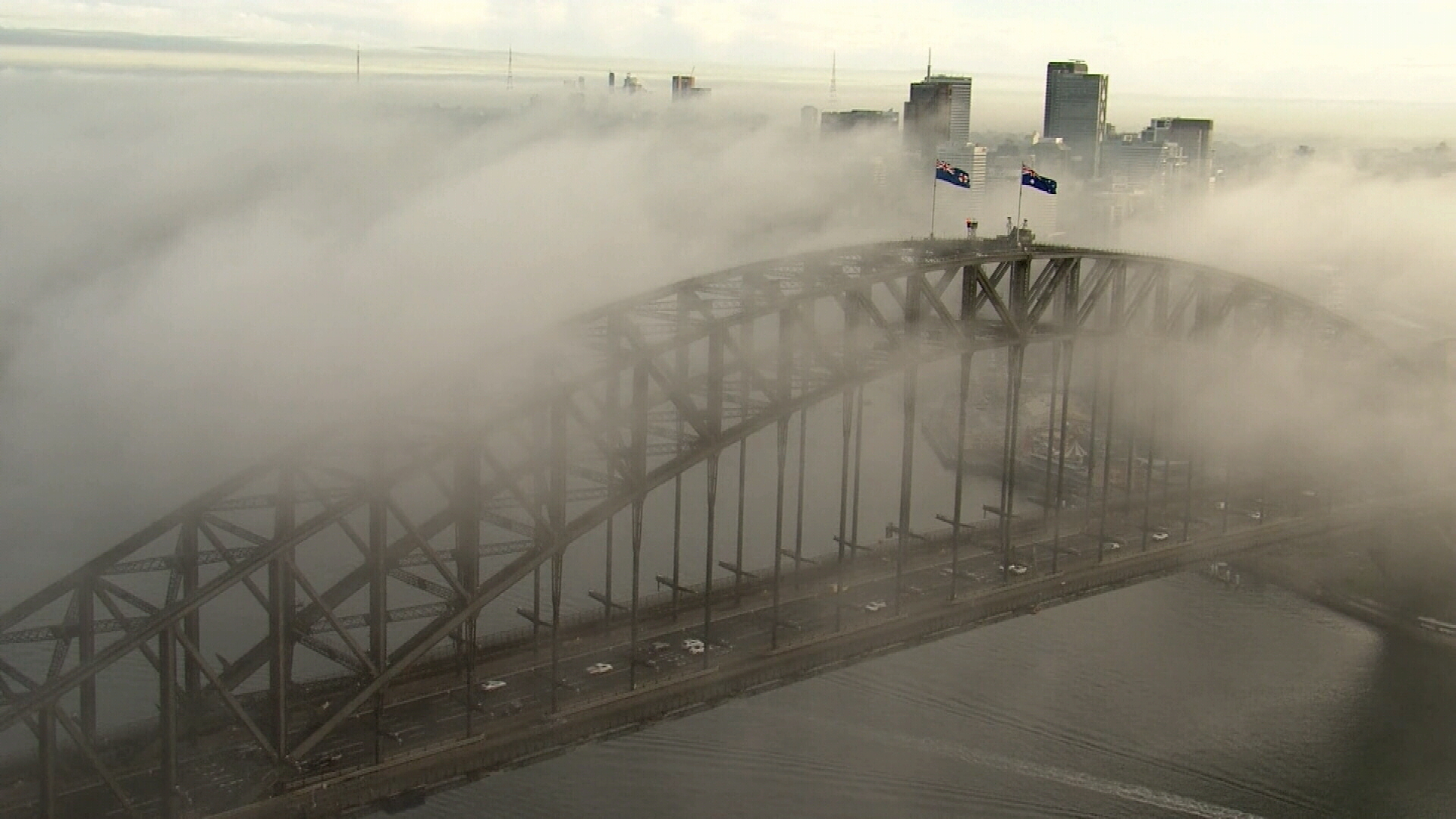 The chance of a thunderstorm in the late morning and afternoon. Winds E/SE 15 to 25 km/h becoming light in the morning.

A hazardous surf warning is in place for New South Wales, in addition to a flood watch for the South Coast and Queanbeyan River.

Showers and cold weather across the southwest, southeast, northwest and northeast regions, with snow on the Alps.

An initial flood watch is current for the Gippsland and Upper Murray catchments.

Partly cloudy and medium chance of showers, most likely in the morning. Light winds. The mercury will dip as low as 15C, before climbing to 26C.

An initial minor flood warning has been issued for the Bulloo River.

Cloudy in Adelaide, and temperatures spanning 5C to 13C.

READ:  Sharks 'functionally extinct' from one in five coral reefs

It comes after a unique set of weather conditions caused snow to settle on South Australia's Flinders Ranges overnight into yesterday morning.

While welcome rain has soaked parts of South Australia, some elevated areas in the state's north have been treated to a rare cover of snow.

These wintry scenes were made possible by a unique weather setup: a low pressure system passing from South Australia into NSW that caused cold low-level air to interact with a deep layer of moisture over South Australia late on Thursday and into yesterday morning.

Cloudy in Hobart, with the mercury dropping down to 4C and hitting highs of 12C. Areas of fog and frost in the morning. Light winds.

Meanwhile, a new record has been set for Tasmania, after Liawenee has registered a bone-chilling minimum temperature of -14.2C yesterday morning.

A minor flood warning is current for the Macquarie and Jordan rivers.

Less humid and sunny in Darwin with a low of 19C and a summit of 33C. Light winds becoming E/SE 20 to 30 km/h in the morning, then becoming light in the early afternoon.

A fire weather warning has been issued for Darwin and Adelaide River fire forecast area.

READ:  In historic vote, Washington, D.C., poised to become 51st state in the US