Heavy rains and storms will lash Far North Queensland this week as the rest of the country faces another heatwave.

Heavy rains and storms will lash Far North Queensland this week as the rest of the country faces another heatwave.

Severe flood warnings are in place, with downpours of 100mm to 200mm forecast over the next 48 hours.

The tropical low sitting near the Gulf of Carpentaria is considered a low chance of intensifying into a tropical cyclone today as it drifts briefly over water.

Further rain is expected between Mackay and Ingham and inland to Charters Towers, with parts of the Flinders Highway closed because of flooding.

The towns of Normanton and Burketown are two communities the Bureau of Meteorology have highlighted as possible areas of flooding.

A heavy rainfall warning which was in place for the Townsville region has been dropped, quelling fears of another flood similar to last year which devastated the region.

Drought-stricken areas are also likely to get some much-needed rain, but so far only 50mm has fallen in the dams.

The Paroo River, which flows through south-west Queensland and deep into north-west NSW, has a moderate chance of flooding.

Three-day rainfall totals of 207mm were recorded at Mackay, 147mm at Cairns, 123mm at Winton, 122mm at Mt Isa along with many other coastal and northern inland locations in Queensland receiving more than 100mm over the long weekend. 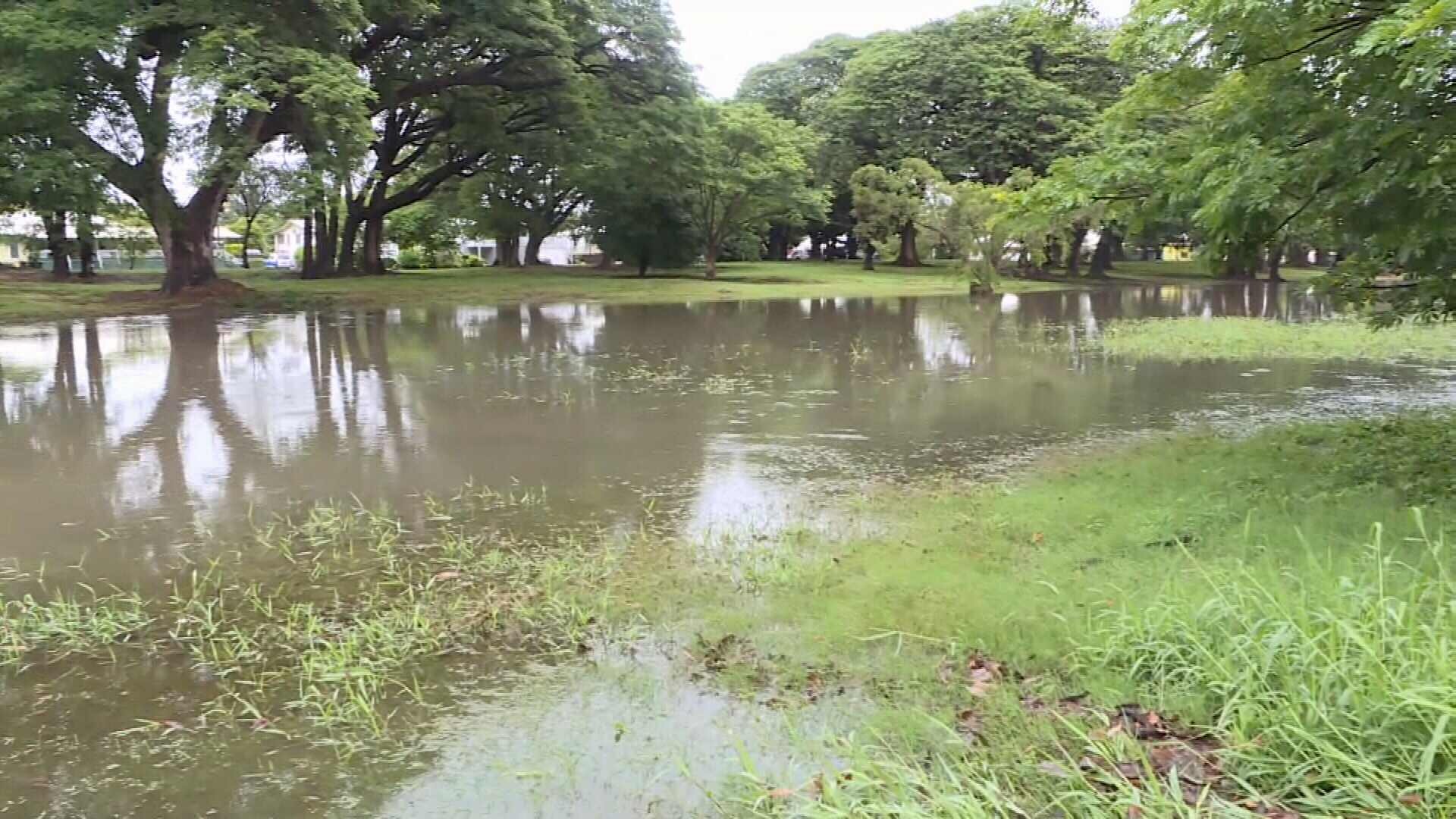 And one rural property, Obahn Station, south-west of Mount Isa, became like an inland lake after 135mm of rain fell over the weekend.

And a train narrowly avoided disaster near Charters Towers when its driver stopped just in time before a rail bridge that was at risk of collapsing after heavy rain.

READ:  School formals and graduations could go ahead in NSW in term four

The train was travelling along the Townsville to Mount Isa line yesterday when it was forced to stop before the bridge at Prairie.

A Queensland Rail spokesperson said the train was moved to dry ground but the line remains closed.

Repair crews have yet to reach the site because of floodwater, they said.

Meanwhile, the rest of the country is facing dry heatwave conditions as hot air moves across from Western Australia.

This will see temperatures rise across South Australia south-east Victoria, parts of NSW and parts of Tasmania over the next few days. 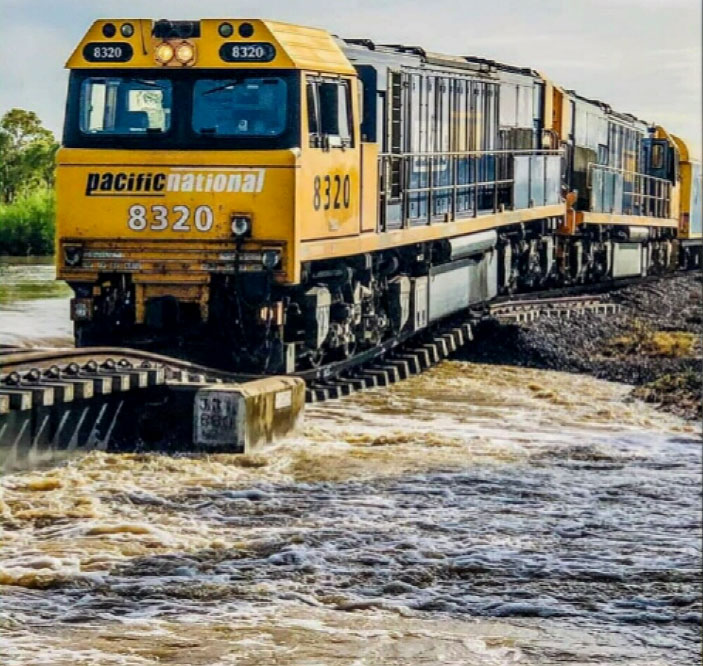 The weekend in Sydney is forecast to be scorcher, heating up to 35C on Saturday and 37C on Sunday, while in Sydney's west, temperatures have been forecast to reach the 40s.

A severe heatwave is forecast for Adelaide from today, with the blistering temperatures to remain until Friday.

In Adelaide, temperatures will reach a top of 37C today, with tomorrow peaking at a blistering 40C and Friday a top of 39C. 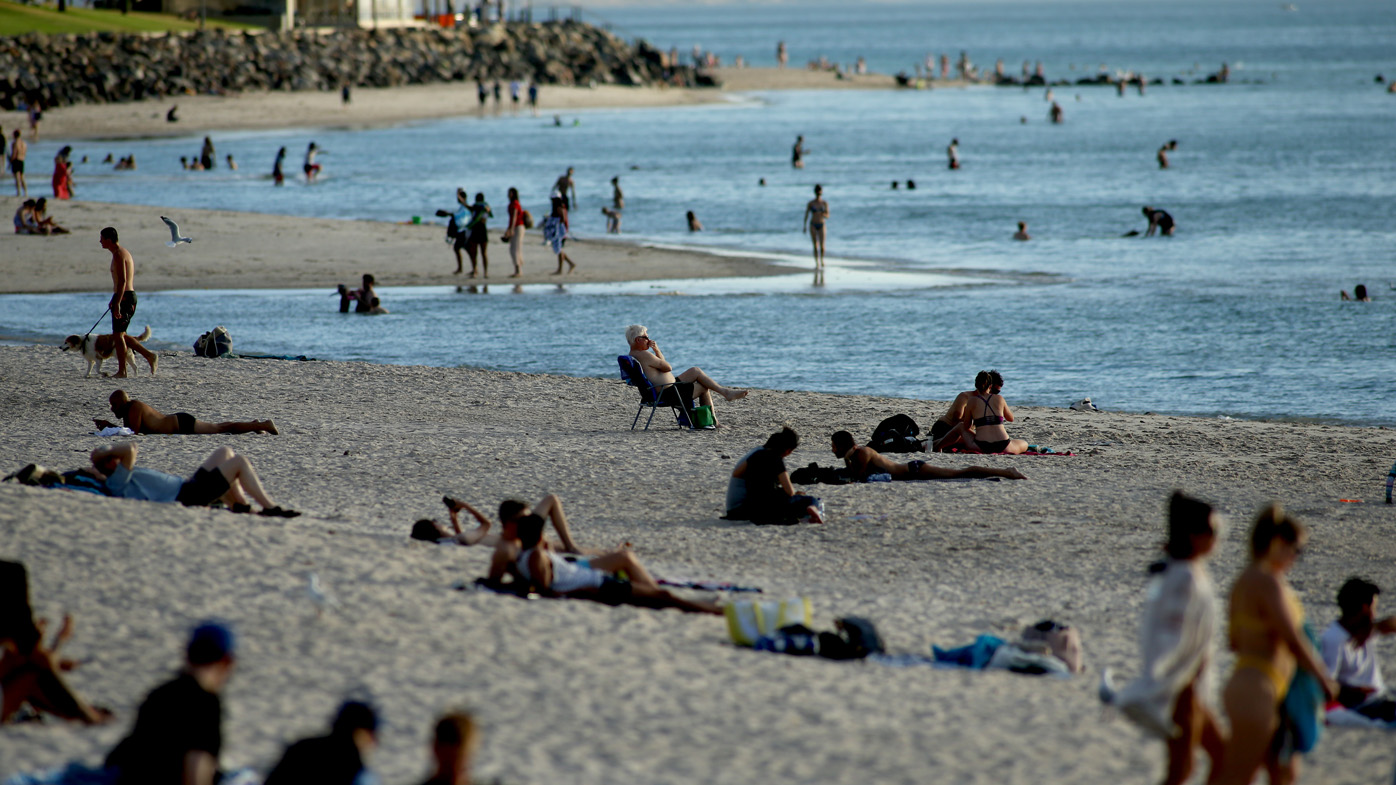 Brisbane is set to have consistent temperatures this week, with a top of 31C on most days.

Temperatures will rise to 33C today, before dropping back to 31C for the remainder of the week.

And in an almost unprecedented weather event, Hobart will be hit with an extreme heatwave on Friday with a top of 38C.

Victorians will swelter through a 36C day tomorrow, with temperatures stepping up to a 41C high on Friday, before dropping to 32C on Saturday. 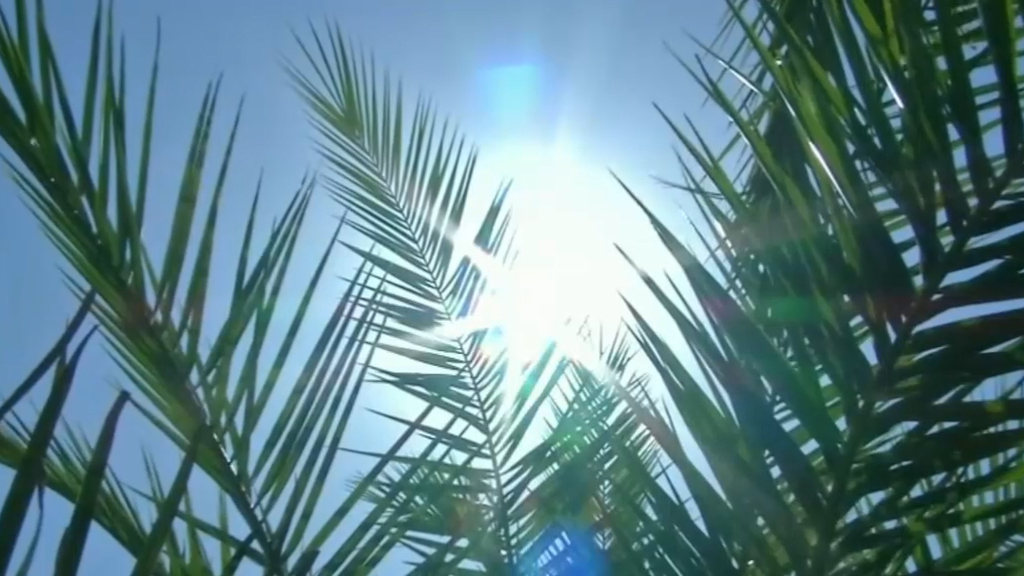 Perth can expect a top of 33C today, before temperatures drop to 23C tomorrow.

The heatwave is expected to hit Canberra the hardest starting from today, with a top of 36C.

Temperatures will remain in the high 30s throughout the week. A top of 37C is forecast tomorow, before exceeding into the 40s on Friday and Saturday.