Education Secretary Betsy DeVos on Sunday refused to say whether schools should follow guidelines from the US Centers for Disease Control and Prevention on reopening, saying those guidelines are meant to be “flexible.”

The Trump administration in the US is pushing for schools to re-open, but a quote misattributed to Secretary of Education Betsy DeVos has sparked outrage.

Ms DeVos, a top donor to Mr Trump's 2016 campaign and herself a billionaire, has been a strong advocate to re-open schools, claiming on CNN that the Centre for Disease Control's health guidelines were "flexible" despite the nation's COVID-19 cases seemingly spiralling out of control.

The CDC guidelines for schools to reopen contain steps to keep children safe, including keeping desks placed six feet apart and for children to use cloth face coverings. 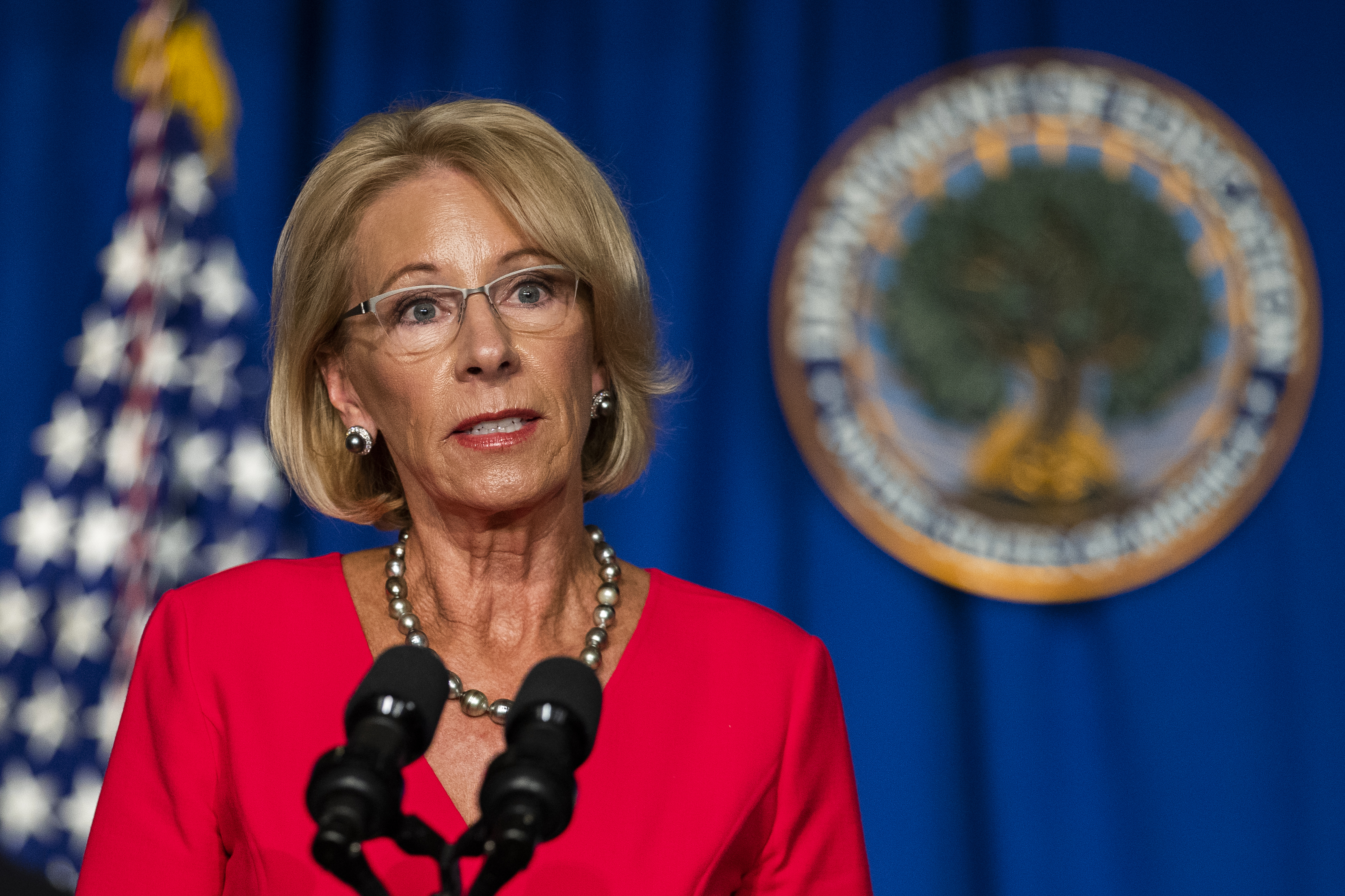 The CDC suggests the closing of communal areas like dining rooms and playgrounds and the installation of physical barriers like sneeze guards where necessary.

"There is nothing in the data that would suggest that kids being back in school is dangerous to them," Ms DeVos said.

But health advice claims children are at highest risk when meeting in full-sized, in-person classes.

A viral tweet, however, threatens to divert the discussion.

Appearing on several Twitter profiles and spreading to other social media sites was the claim Ms DeVos said "only 0.02 percent of children are likely to die" when schools re-opening.

The US government's own statistics showed that late last year, 56.6 million children were set to attend school.

Taking that as a rough estimate, 0.02 percent would constitute 11,320 dead children - with Twitter posters claiming the figure would be closer to 15,000, using unknown student numbers.

But there's one big problem - Ms DeVos does not appear to have said that at all.

A similar comment was actually made by the White House's coronavirus response coordinator, Dr Deborah Birx, at a task force briefing where Ms DeVos also spoke. However, Dr Birx was speaking about the risk to children and people under 25 in general, saying mortality rates were "under 0.1 percent".

Ms DeVos and the Trump administration have been strongly criticised for their push to open schools even as infection rates across the US continue to climb.

President Donald Trump and the White House recently pushed for the CDC to revise its school reopening guidelines, but the agency's director, Dr Robert Redfield, said last week that they will not be loosened.

"Kids need to be in school. They need to be learning, they need to be moving ahead. And we can't - we cannot be paralysed and not allow that or not be intent on that happening," Ms DeVos said.

Pressed repeatedly on whether schools should implement remote learning in the event that there is a flare-up of coronavirus cases in their district, Ms DeVos said: "I think the go-to needs to be kids in school, in person, in the classroom."

"Where there are little flare-ups or hotspots, that can be dealt with on a school-by-school or a case-by-case basis," she said, without providing any recommendations for what schools should do if outbreaks occur.

Internal documents from the CDC warned that fully reopening K-12 schools and universities would be the "highest risk" for the spread of coronavirus, The New York Times reported last week.