A video shows police and security taking down the man in the middle of C-BUS stadium following the incident at the end of a rugby league grand final on the Gold Coast.

A referee has allegedly been punched by a disgruntled football fan on the field of a rugby league grand final on the Gold Coast.

A video shows police and security taking down the man in the middle of Cbus stadium, handcuffing him and marching him away.

A 27-year-old Bilinga man was later arrested and charged over the incident, a police spokesperson told 9News.com.au. 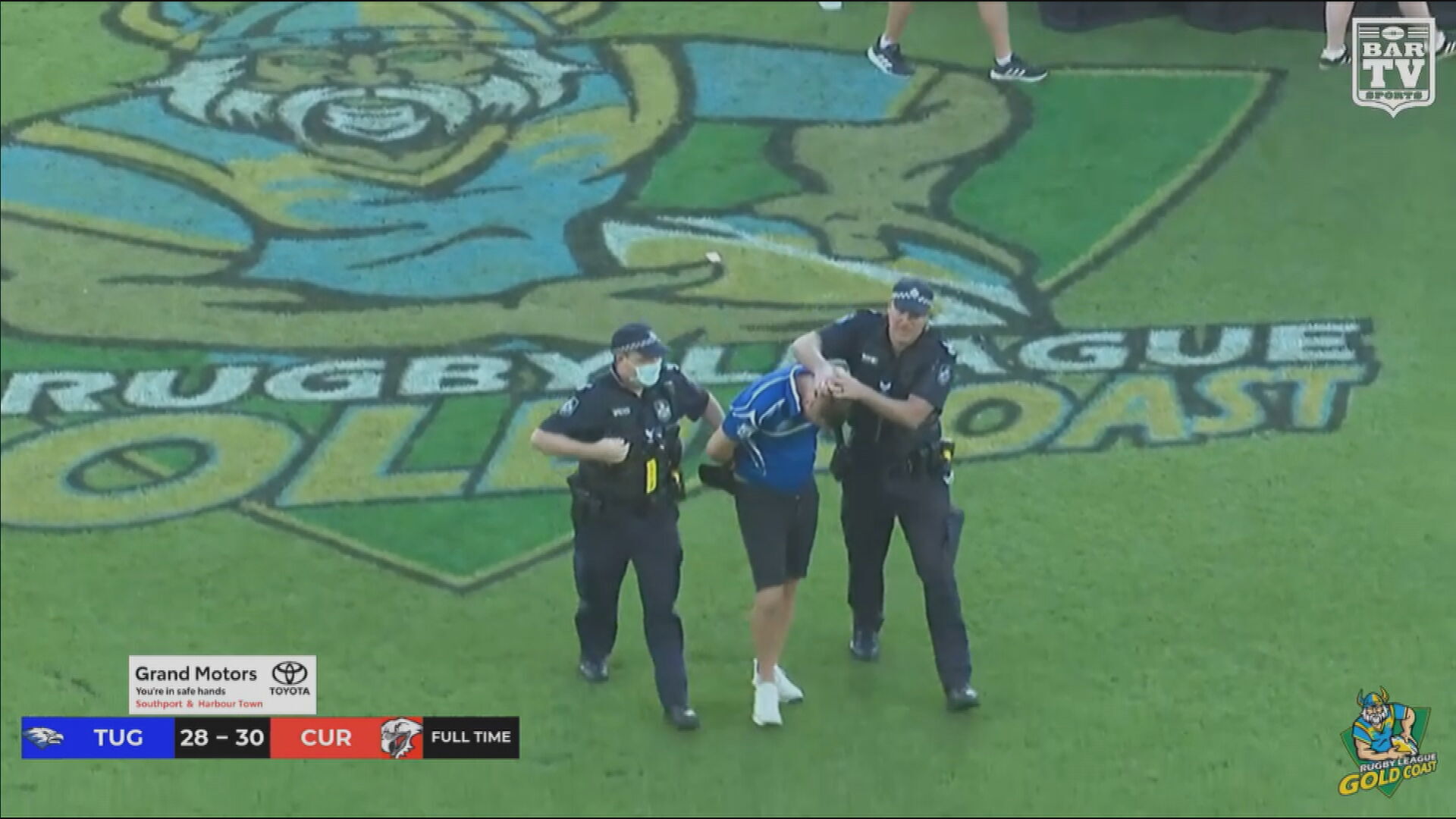 "Just after 5pm special duties police tasked to an event at a stadium on Centreline Place, Robina arrested and charged a 27-year-old Bilinga man with common assault and interfere with a person engaged in sport after he ran onto the field and allegedly punched a referee," the spokesperson said.

"He has been issued a Notice to Appear and has been released."

The reserve grade game between Tugun and Currumbin was in overtime, when Currumbin kicked the winning goal.

The referee was checked over at the scene and escorted off the field.