Forecasters have warned millions of Aussies of possible blizzard conditions and heavy rain with flood potential as the country gets its first real taste of winter.

Parts of New South Wales have registered their coldest day in over two decades with residents warned of blizzard-like conditions on the state's roads over the long weekend.

Cooma dropped to 1.8C, the coldest day in 17 years, and Dubbo recorded a minimum of 7.8C, the lowest daytime temperature in 16 years. 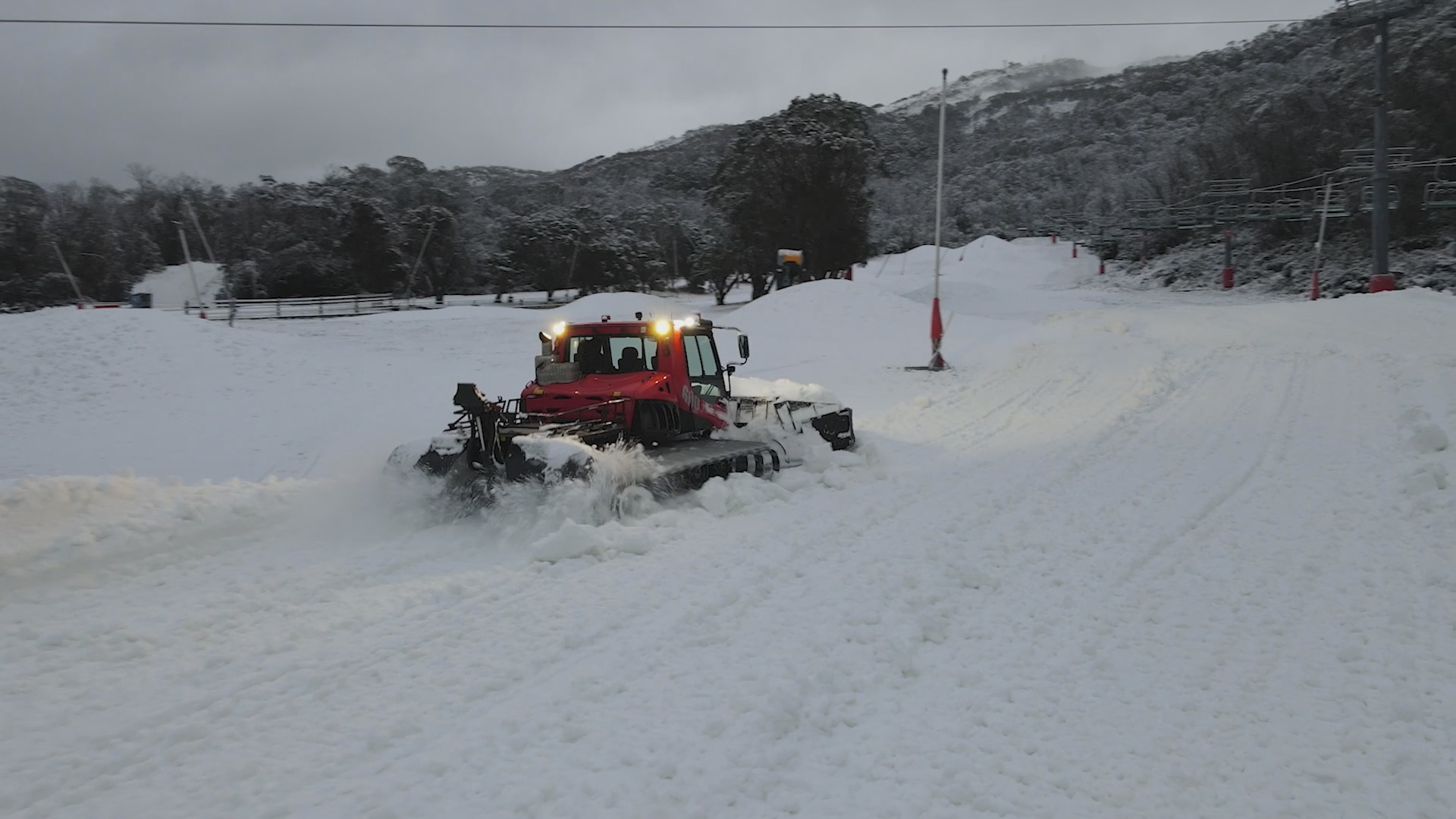 In the Sydney region, after a mostly clear night on Wednesday, cloud should rapidly increase on Thursday morning with showers from around mid-morning, limiting heating significantly and the mercury struggling to reach double figures.

If the maximum temperature in the city does not exceed 13.4C, it would be the coldest day since June 2016.

The Bureau of Meteorology (BoM) has forecast a cold front gripping the state to worsen later today, with snow, black ice and heavy rain possible over coming days.

"What we're going to see is a very complex low pressure system developing this afternoon and into tonight," meteorologist Gabrielle Woodhouse said.

"As the wind and snowfall combines, we're going to be more likely to see trees and power lines down. "This is a risk to the community and is something we should be aware of."

Ms Woodhouse said roads could be particularly dangerous and that driver should be "wary".

"On the roads, it could be quite dangerous with snow and black ice ... which makes it slippery and dangerous, even in places you may not expect it," she said.

Temperatures plummeted 10C below average in Queensland, while towns across NSW and South Australia have been blanketed in snow for the first time this winter.

Here's a breakdown of the weather warnings issued as the Antarctic weather phenomenon moves north. 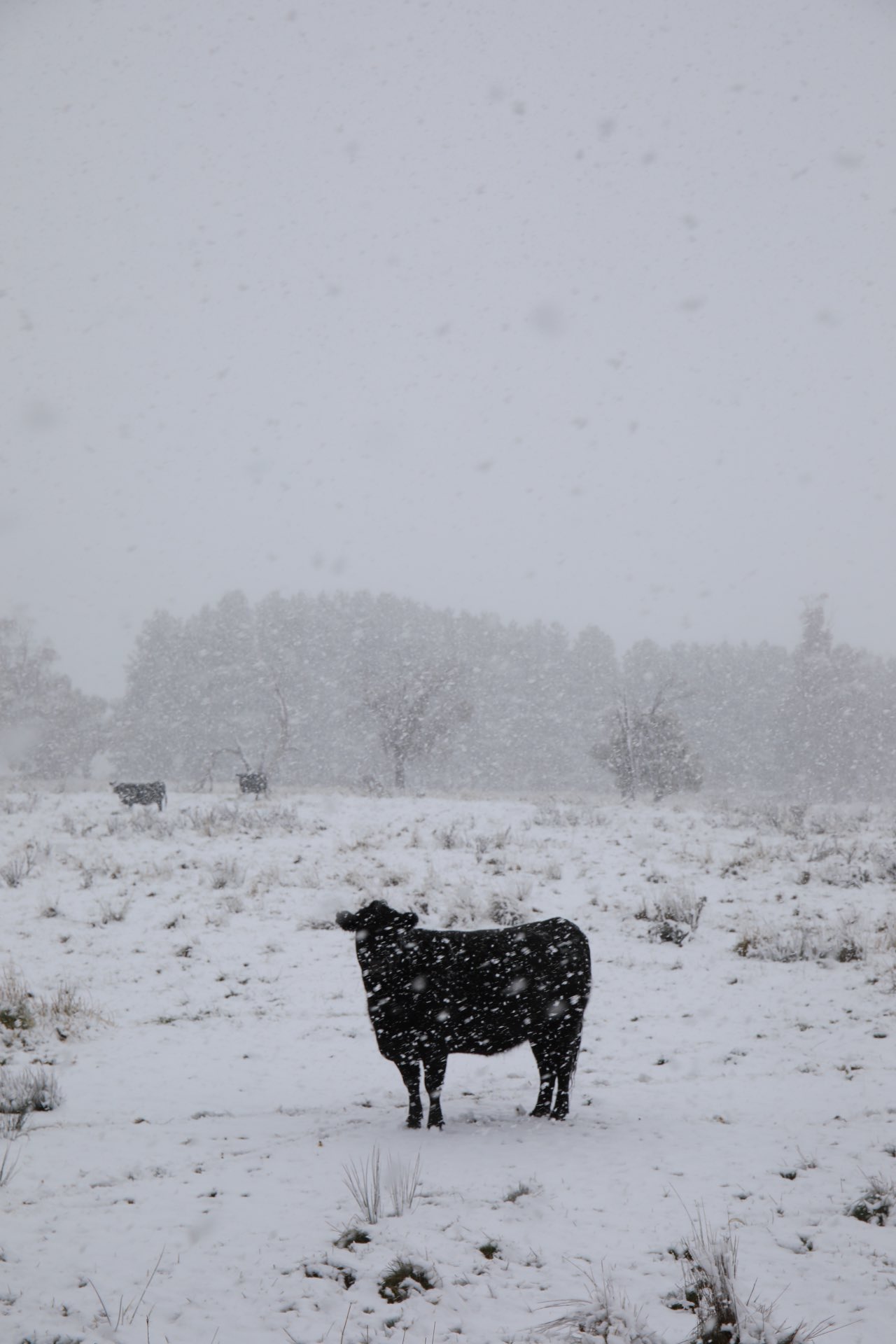 Towns across regional NSW - including Orange and Oberon - have enjoyed the first snowfall of winter today after temperatures dropped below zero overnight.

The cold front has driven a strong start for the 2021 snow season, with heavy falls of around 10 centimetres at resorts in Thredbo and Perisher.

The BoM has forecast similar conditions for the remainder of the week in the Northern Tablelands, Central Tablelands and Southern Ranges. 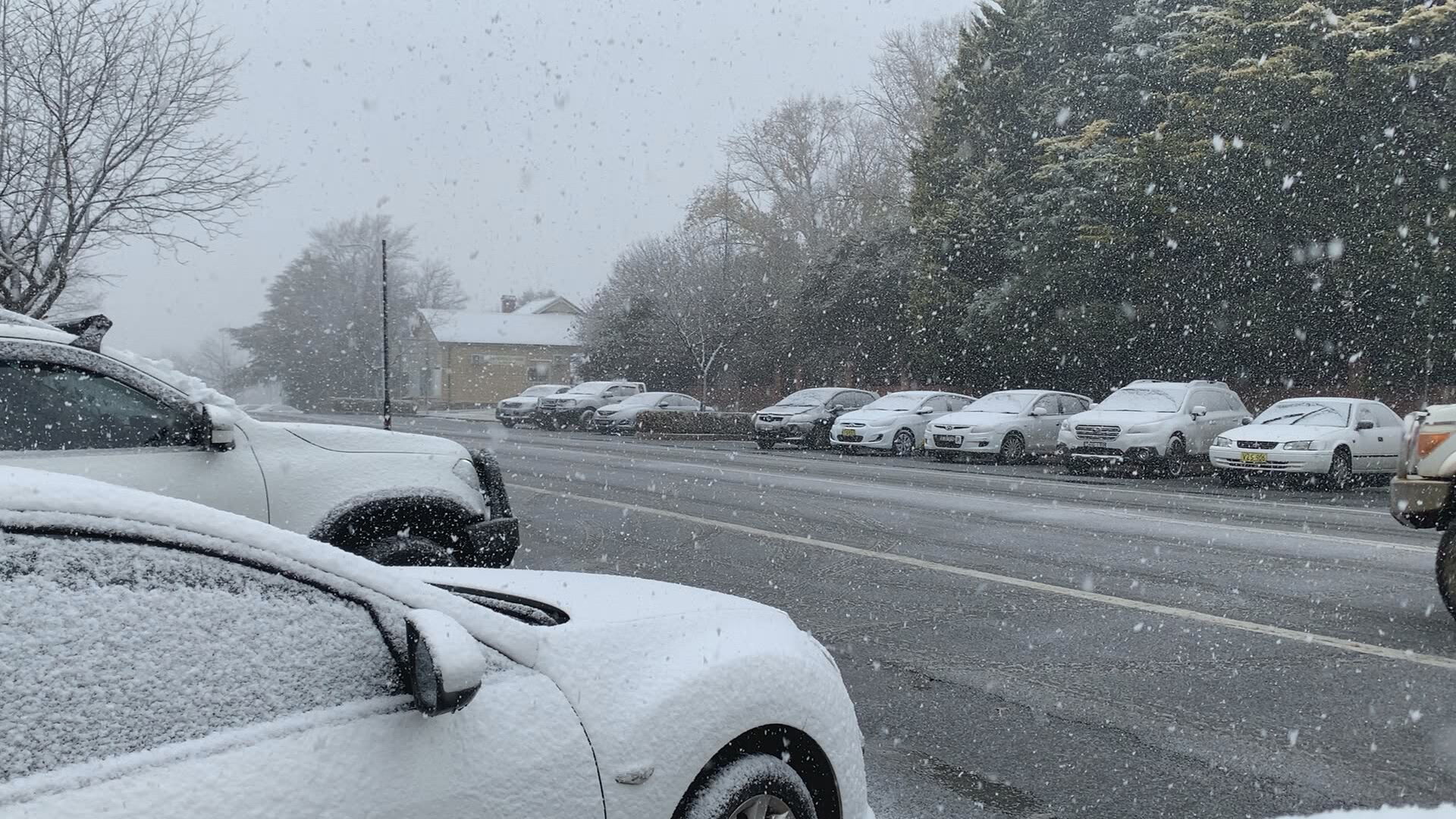 "Temperatures are generally going to be about five to ten degrees below average ... we could see some places get toward their June record for lowest minimum temperature," Ms Woodhouse said.

"We're also expecting fairly widespread snow all across the ranges toward the Queensland border."

Snow will continue for the ranges and Central Tablelands with up to 15 centimetres of snow expected accumulate in some areas.

Perisher was able to open a week early, with forecasters predicting more than a metre of snow over the alps as the long weekend approaches.

Towns on the Northern Tablelands, such as Glen Innes and Armidale, could see snowfalls exceeding 5 cm throughout the day tomorrow, whereas Katoomba and Orange may register 2-4cm of snow.

The nation's capital is also in line to get a dusting this week with temperatures only hovering at around 1C early this morning.

Areas which missed out on the snow have copped a deluge of rain instead with widespread falls along the NSW coast.

Nundle, located in the state's northeast, recorded 43mm over the last 24 hours with several places above 30mm through the North West Slopes and Plains. 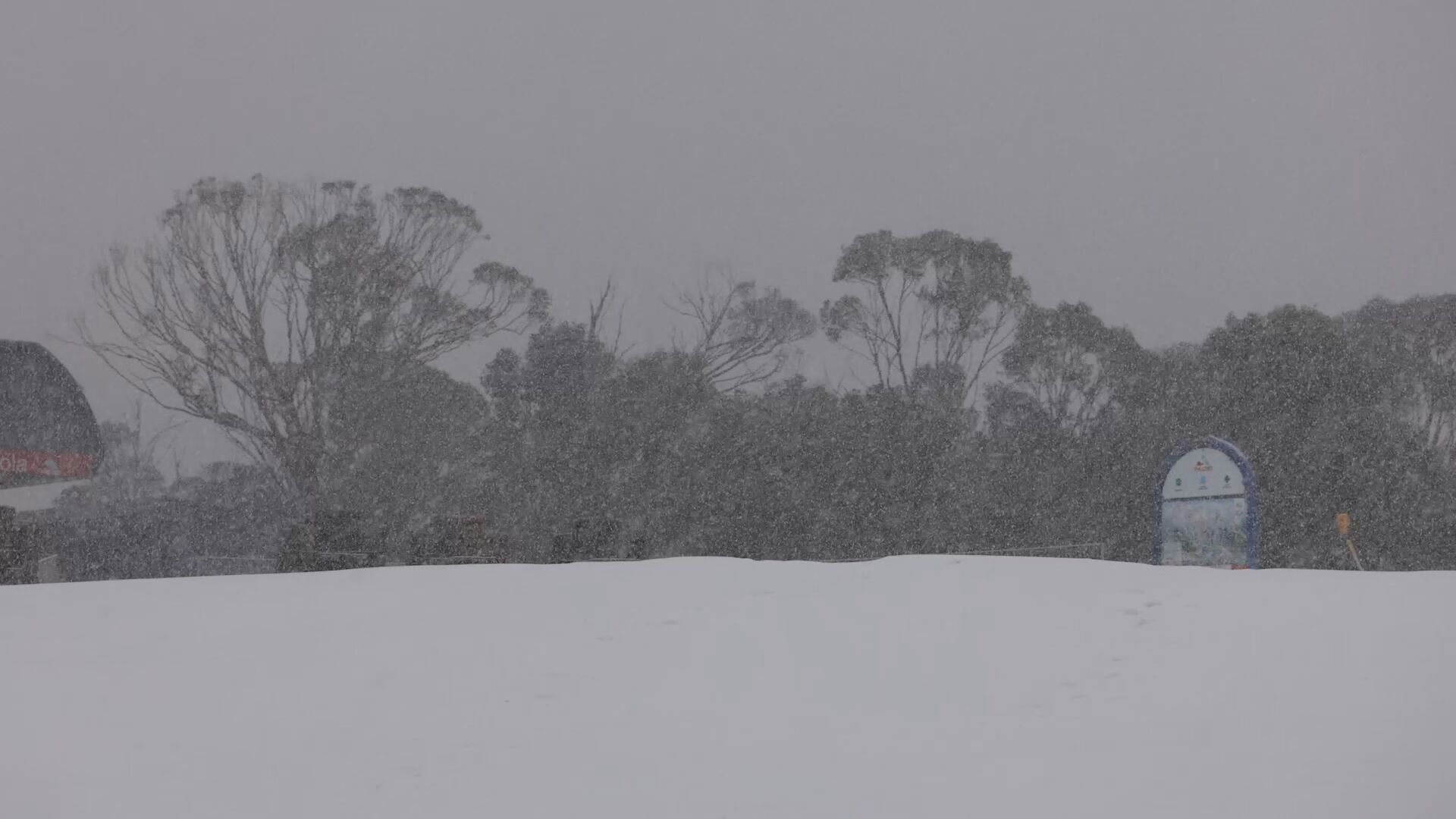 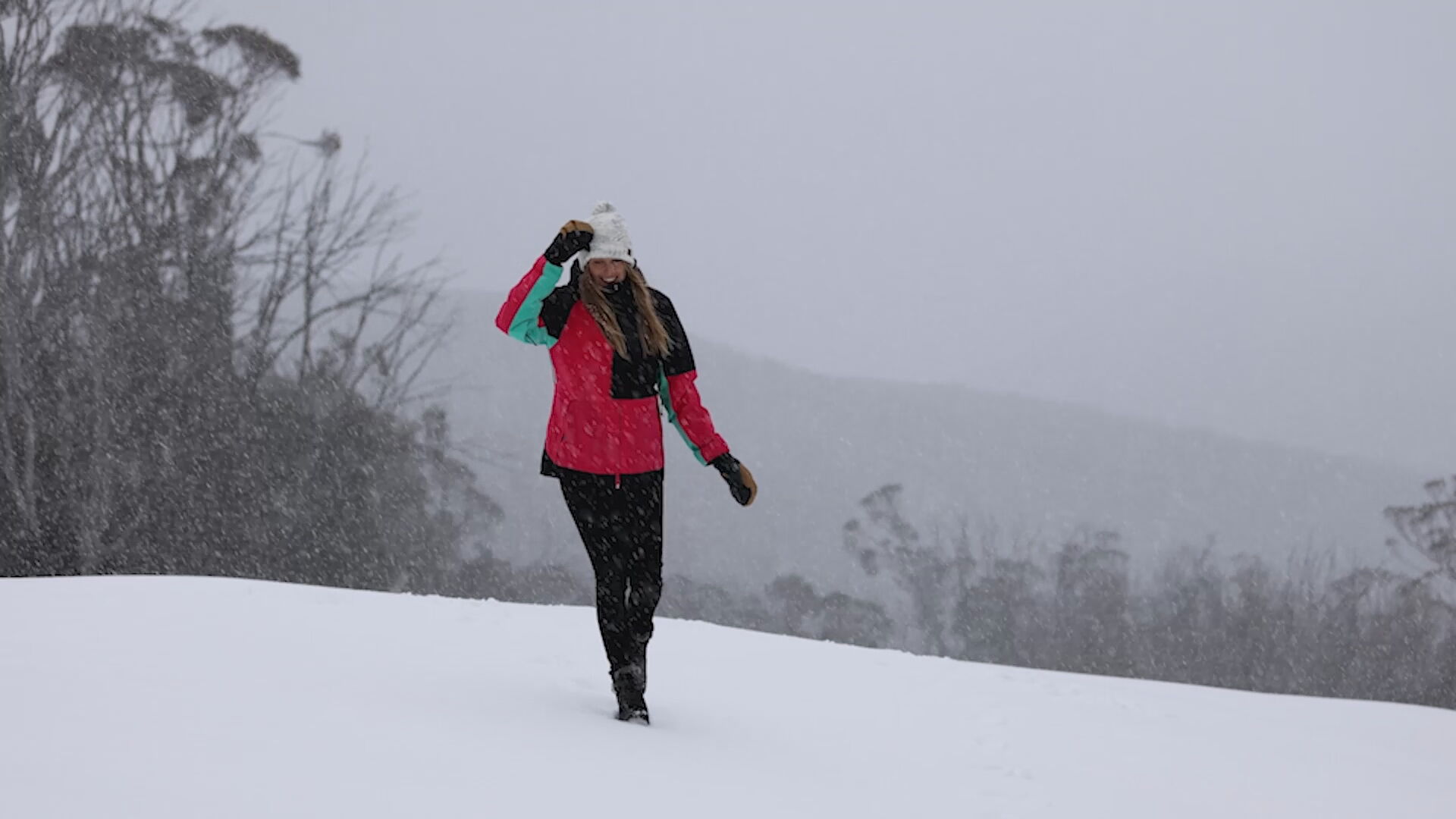 Sydney BoM meteorologist Stephen Stefanac said there could be up to 20 centimetres of snow in the Northern Tablelands and 50 centimetres to a metre in the Snowy Mountains by the end of the week.

Lead BoM meteorologist Matthew Bass said there was a chance of snow in the hills around Canberra but with snowfall only expected to 800 metres, nothing was guaranteed for the capital itself.

"There's a slight risk. I wouldn't rule it out completely," he said.

A severe weather warning remains in place for Victoria with blizzard conditions possible about the alpine regions today and tomorrow.

Damaging winds will contract to southern parts of Gippsland during Thursday morning before easing below warning thresholds by early Thursday afternoon.

A separate warning for heavy rain is also current for West and South Gippsland and parts of Central, North Central and North East Forecast Districts with Warrnambool, Bendigo, Seymour, Maryborough, Ballarat, Geelong, Melbourne and Traralgon all in the firing line.

Flurries could fall in the Sunshine State as early as this afternoon or evening but the coldest air would arrive tomorrow, with snow down to 900 metres on the Granite Belt.

That would be enough for snow at Wallangara, Giraween National Park and Eukey but not enough to match the 2015 dump that turned Stanthorpe and Ballandean into a winter wonderland.

"I think it probably is shaping up to be the biggest snow event since 2015 based on our records here," he said.

The picture should be even cooler and whiter south of the border, where tomorrow is also expected to be the colder day, with big dumps expected in the Alps and even further north.

"I can't remember recent times where we'd expect that much snow up there (Northern Tablelands)," he said.

"It doesn't happen every year that far north."

Conditions are easing slightly in SA today after the state bore the brunt of the cold front yesterday.

The weather phenomenon brought rain, hail and snow to South Australia's mid-north, with Hallett and Jamestown both impacted hard.

Temperatures plunged to well below 10C and heavy hail coated the ground on the Mount Lofty Ranges east of Adelaide. 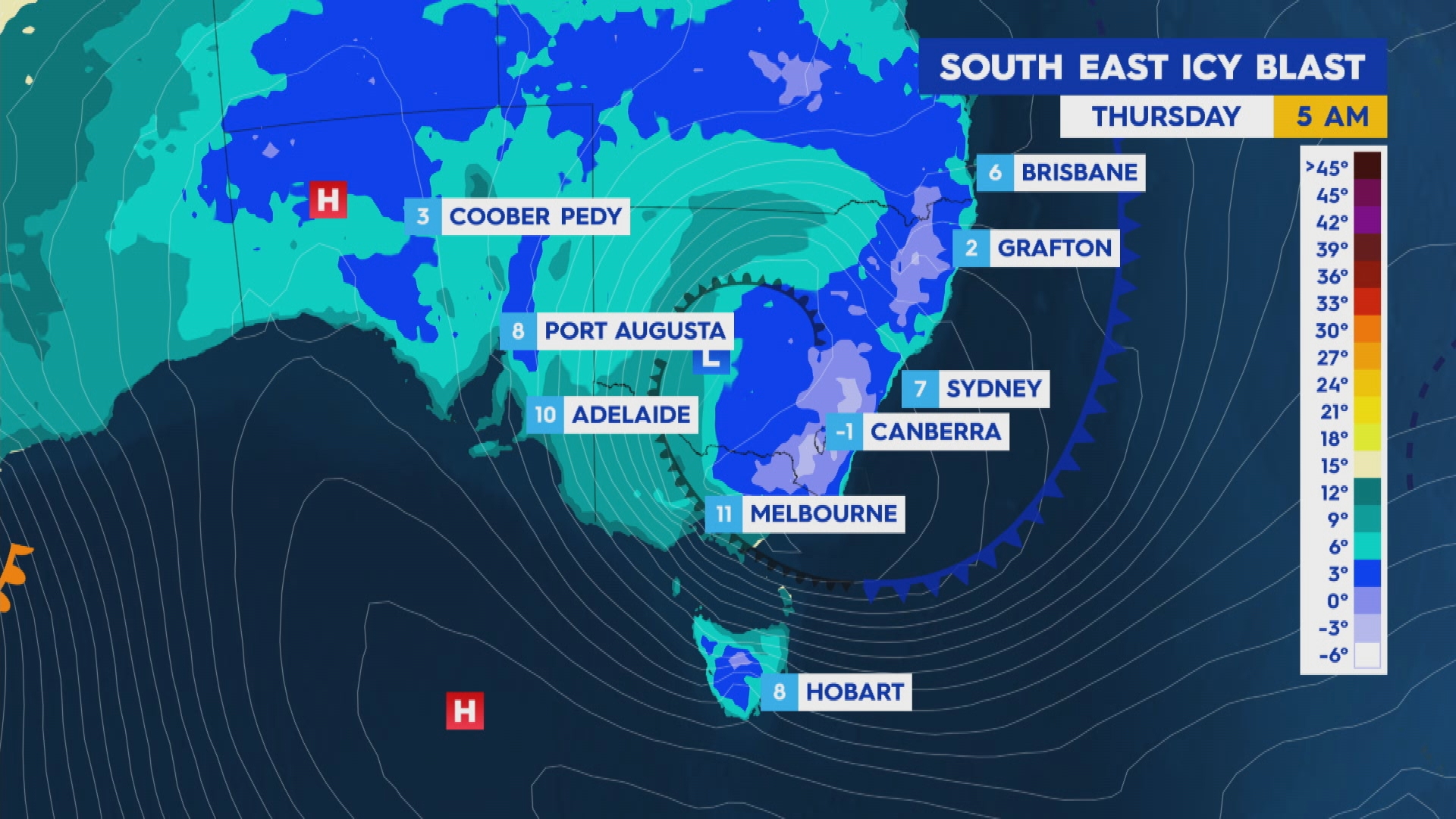 Winds and showers are easing today however temperatures will remain cold in the southeast.

The cold weather is also impacting WA today and tomorrow with a deep low approaching the southwest, causing winds to strengthen and bringing a few showers and thunderstorms, mainly in southwestern WA.

A second burst of showers and storms is expected on Wednesday night on the west coast, spreading into inland areas during Thursday, as the low directs a trough.

The system can also generate damaging north/northeasterly winds between Mandurah and Lancelin.