A Queensland couple woke to a horror scene this morning with a two-metre python lying at the foot of their bed.

Justin Tozer got the fright of his life when he nearly stepped on a "monster snake" on the floor of his bedroom in his home in the Gap, Queensland.

"I got up at 6am to go to work and the thing was just lying there on the floor in front of my dresser," Mr Tozer told Nine.com.au. 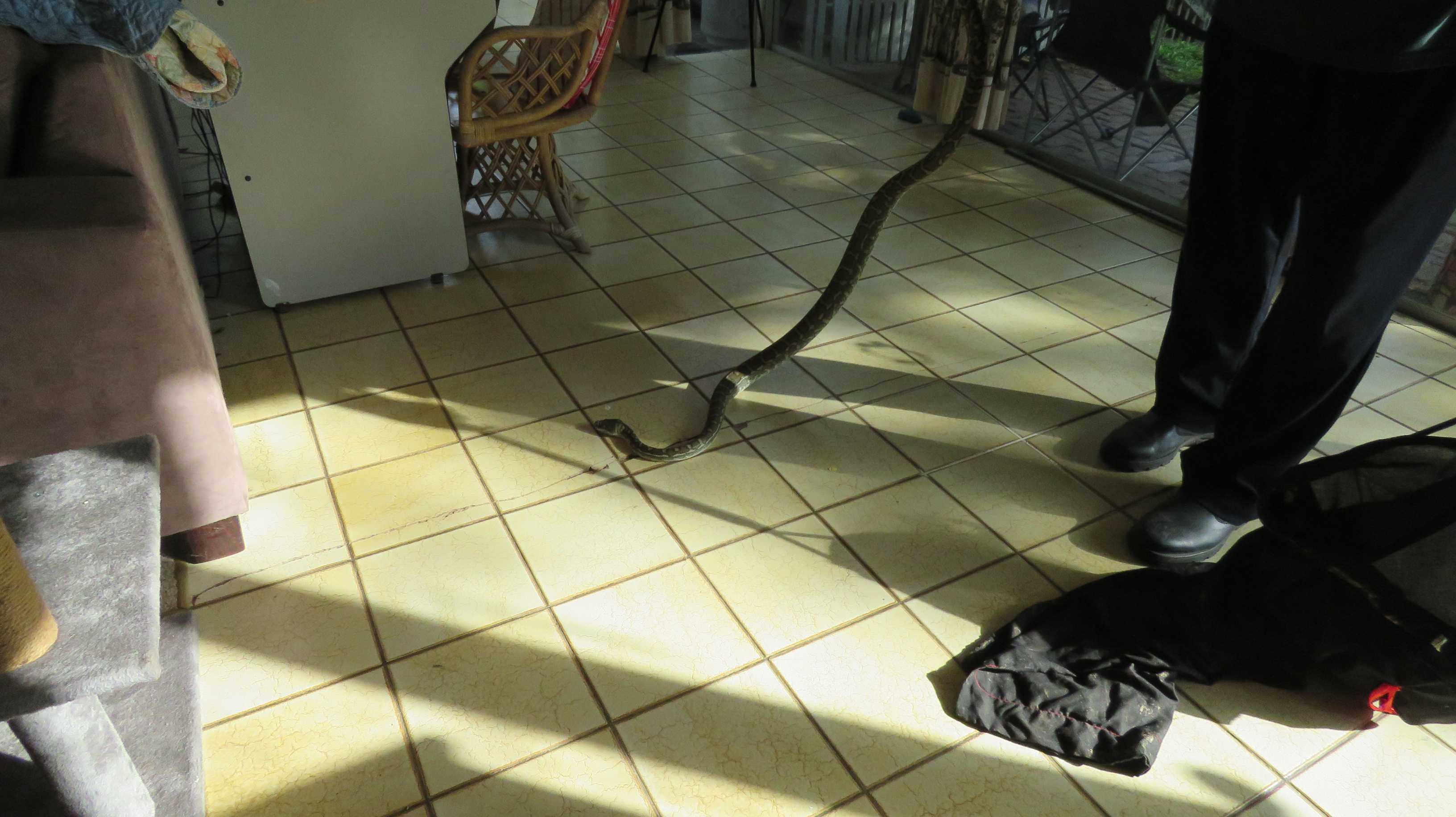 "I was standing right next to it," he said.

"I am not exaggerating. I saw it all stretched out, it is definitely seven foot if not longer."

His wife, Lauren Tozer, who is from Texas, was sleeping soundly when her husband woke her with the news a giant snake was in their bedroom.

"I had to wake her up and she absolutely freaked out," Mr Tozer said. 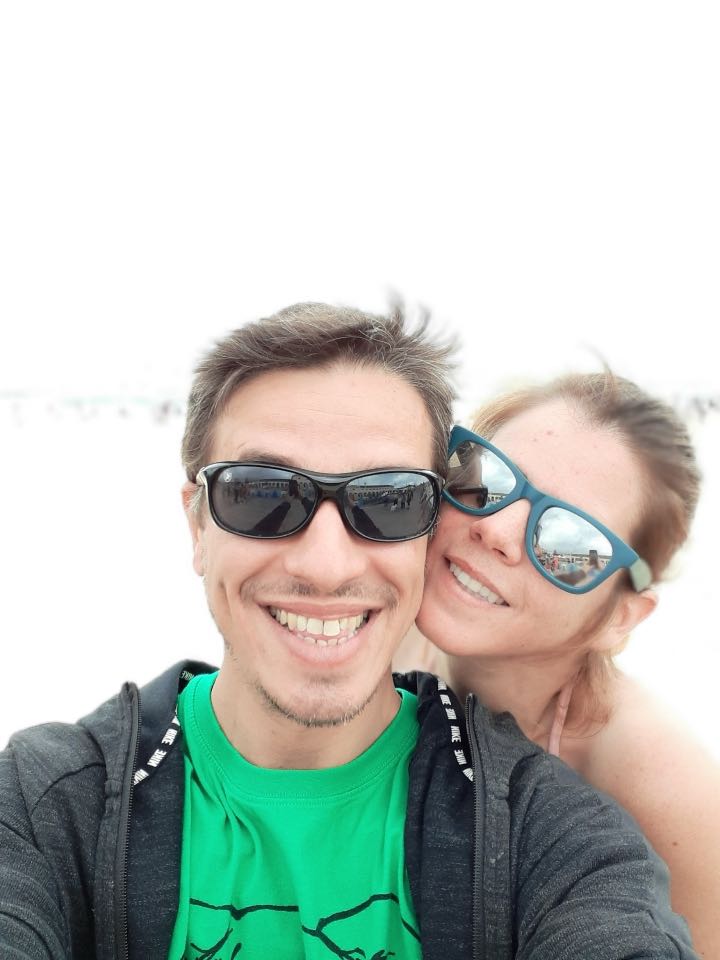 "Were both shaking and we're both absolutely petrified of snakes."

But this wasn't the first time the giant reptile had paid the Tozer's a visit. The couple had spotted the snake just two nights earlier, peering through their window. They'd even tried to have it removed.

"We called local council, state government and the police to see if someone would get rid of it but no would do it and told us we had to get a private snake catcher," Mr Tozer said.

Being unable to afford the $250 fee to have the snake removed through a private service, all the couple could do was hope the snake would just slither away.

"We spoke to all our neighbours and called all our friends and they said it would be totally fine, and that snakes wouldn't bother us, and it would just go away," he said.

When the snake appeared inside their home, Mr and Mrs Tozer decided it was simply too close for comfort and managed to find a snake catcher who charged a lower price.

Even then, the couple said they were fortunate to have the money and weren't sure what they would have done had they been unable to afford it.

"We were just lucky we had the money for this snake catcher," Mr Tozer said. 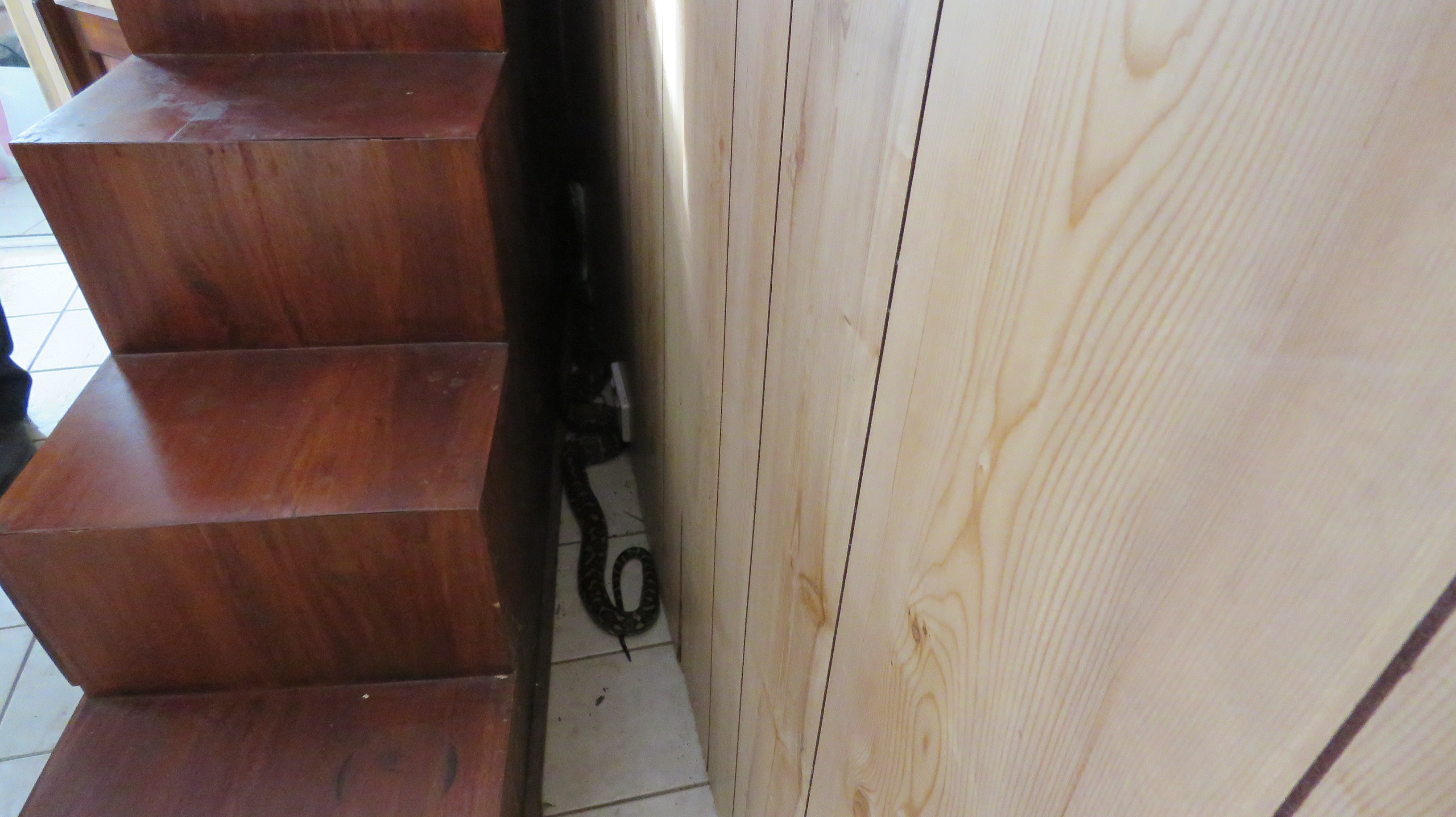 The question still playing on both their minds is how did the huge snake get in?

"The doors were shut all night and the only time they were open was yesterday when my wife was home, so it might have slipped right past her without her noticing," Mr Tozer said.

After such a close encounter, Mr Tozer said he and his wife are still recovering from the shock but are grateful they and their two small cats were unharmed.

"It sounds crazy but we're lucky we weren't bitten, and our cats are okay," he said.