June Dally-Watkins was a leading Australian model of her generation who went on to teach several generations the skills of modelling, etiquette, grooming and deportment.

Australia's Model of the Year in 1949 was never content to be just a pretty face. She used her fame to start a business empire, based on her belief that young people needed to present themselves the best way.

She died at the age of 92 on Saturday night, with her family by her side. 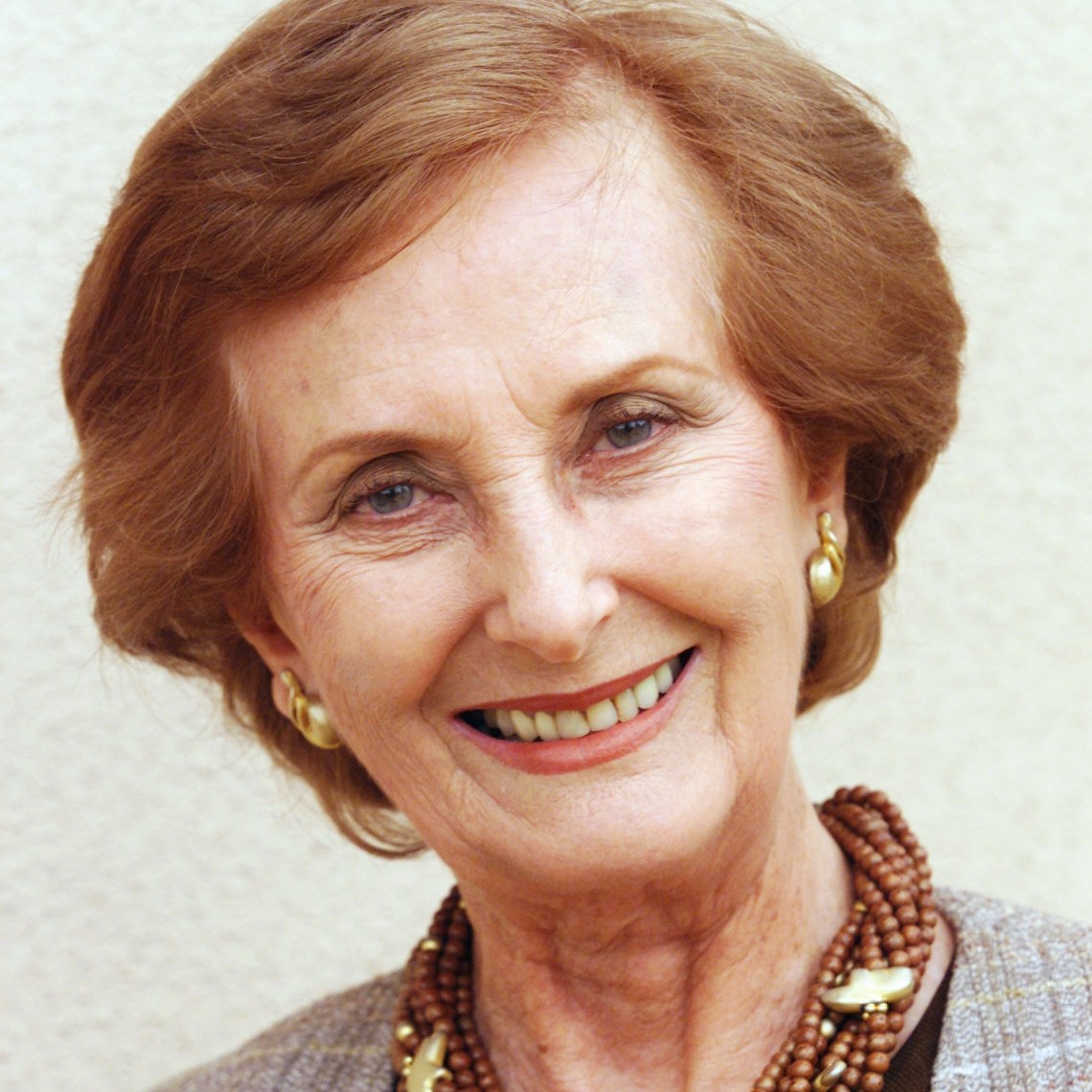 In 1950 Dally-Watkins founded a personal-development school - claimed to be Australia's first. The following year she established a modelling agency.

She later expanded the June Dally-Watkins School of Education and Training to teach young men and women to be "the best you can be" in business. In 2013 it opened a branch in China.

Dally-Watkins invariably claimed to be 25, but she was born June Marie Skewes on June 12, 1927. Her unmarried mother, Caroline Mary Skewes, had left the family sheep property at Watsons Creek, in the NSW New England region, to give birth in Sydney.

Caroline returned home with baby June, who was raised with the help of grandparents. In later life June learnt her natural father was Bob Monkton, who had met her mother during a rabbit-hunting trip to Watsons Creek.

The stigma of illegitimacy lingered. Dally-Watkins wrote in her 2002 autobiography, Secrets Of My Smile, that "the hush-hush surrounding my father and my identity became deafening and continued to echo throughout my life ... So I masked my shame and buried my self-consciousness with a smile - something I've done all my life, on and off the catwalk." 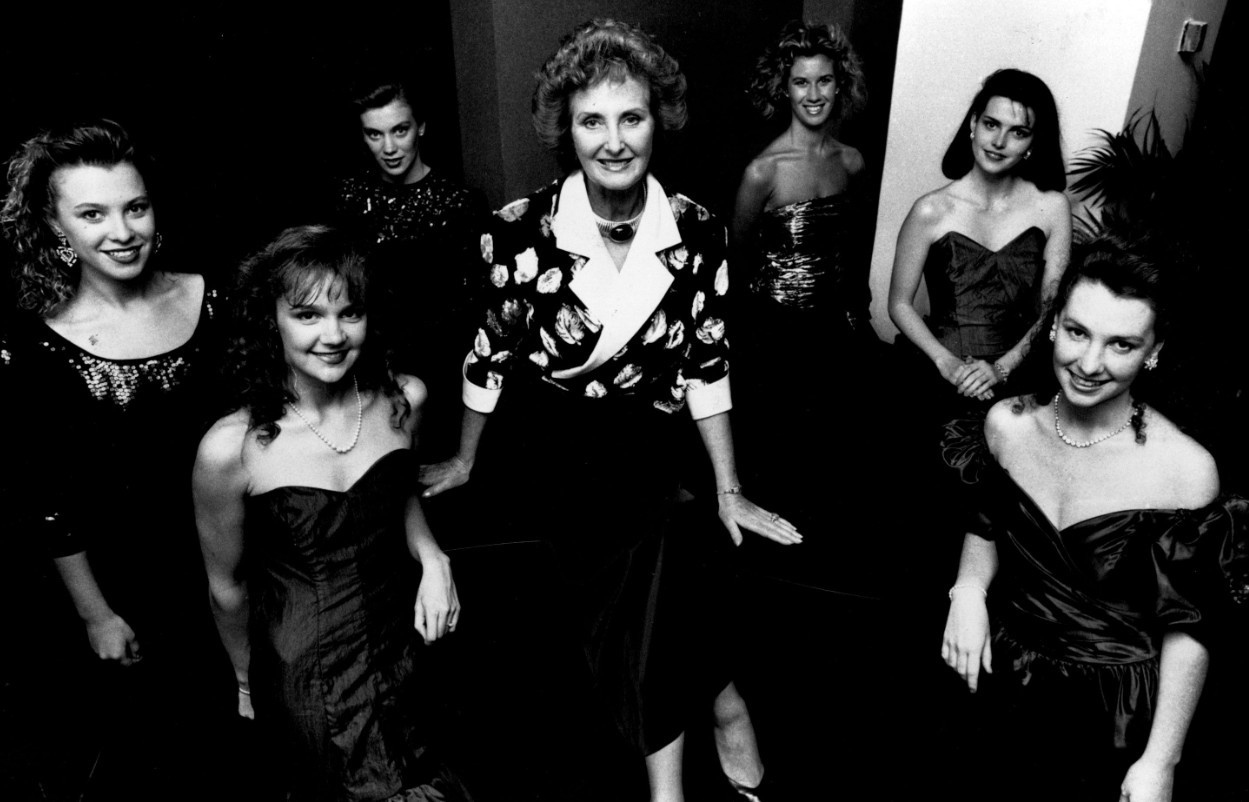 In 1940 her mother married David Dally-Watkins, a turf accountant who had been a World War I army captain.

June moved to Sydney, enrolled at Willoughby Girls' High School and changed her name to Dally-Watkins. The marriage did not last, but June's new surname did.

When Japanese invasion threatened in 1942, June and her mother moved to Tamworth.

Local photographer Jan Solomons, who had taken snaps of the pretty 16-year-old, suggested she try her luck as a model in Sydney. Dally-Watkins recalled her mother's reaction: "Let's go."

The pair arrived in 1944 with "nothing except Jan's photos, our clothes and a little money my mother had saved".

Modelling work was scarce, so mother and daughter worked initially in a dress shop. Mrs Dally-Watkins marched into Farmer's one lunchtime and convinced the department store to hire her daughter as a model. Her first assignment - half a day modelling hats - paid 10 shillings and sixpence.

The camera loved Dally-Watkins' fine features and slim frame, but her height (about 168cm) would be too short for a model today.

The following year she entered the Miss Australia Quest, but withdrew because she lacked the time and network to do the obligatory fundraising.

Dally-Watkins featured in fashion parades and catalogues for many department stores and designers. At 17 she innocently modelled "The Gasper" negligee for Mark Foy's, unaware that the bodice applique resembled groping hands.

But her success and sophistication grew and in 1950 she started her personal-development school. Six students did the first course, but numbers grew rapidly.

In 1952 she travelled to the US and Europe, devising a "one-woman fashion show" to fund her travels as she visited overseas model agencies and charm schools. She met many Hollywood stars on the trip, and had a brief romance with Gregory Peck in Rome.

In private life she became Mrs Clifford, but in business she remained June Dally-Watkins, running the modelling agency by day, and teaching at her school at night.

"Most wives didn't work in those days," she wrote in her autobiography. "John, however, had no qualms about me pursuing my passion, even in the event of motherhood."

Much of Australian society disapproved, especially when she returned to work after the birth of each of her four children - Carel, Timothy, Marc and Lisa.

The media tut-tutted, and Dally-Watkins received letters predicting her children would become delinquents. Though her perfect smile and demeanour never cracked, inside she seethed.

In The Secrets Behind My Smile, she wrote: "I was made to feel a failure as a wife and mother, but I resolved to never give up the right to live my own life. Had I bowed to the status quo and stayed at home it would have destroyed me."

The marriage ended in 1969, but Dally-Watkins had no regrets about her decision to keep working: "The business was my first baby and my children's oldest sibling."

In 1969 she published The June Dally-Watkins Book of Manners For Moderns - and became Australia's go-to expert on correct behaviour.

"The things that cost nothing are the most important - dignity, self-respect, speech, good posture, good manners, kindness, a smile, talking eye to eye and the greatest of all, love!" she said. 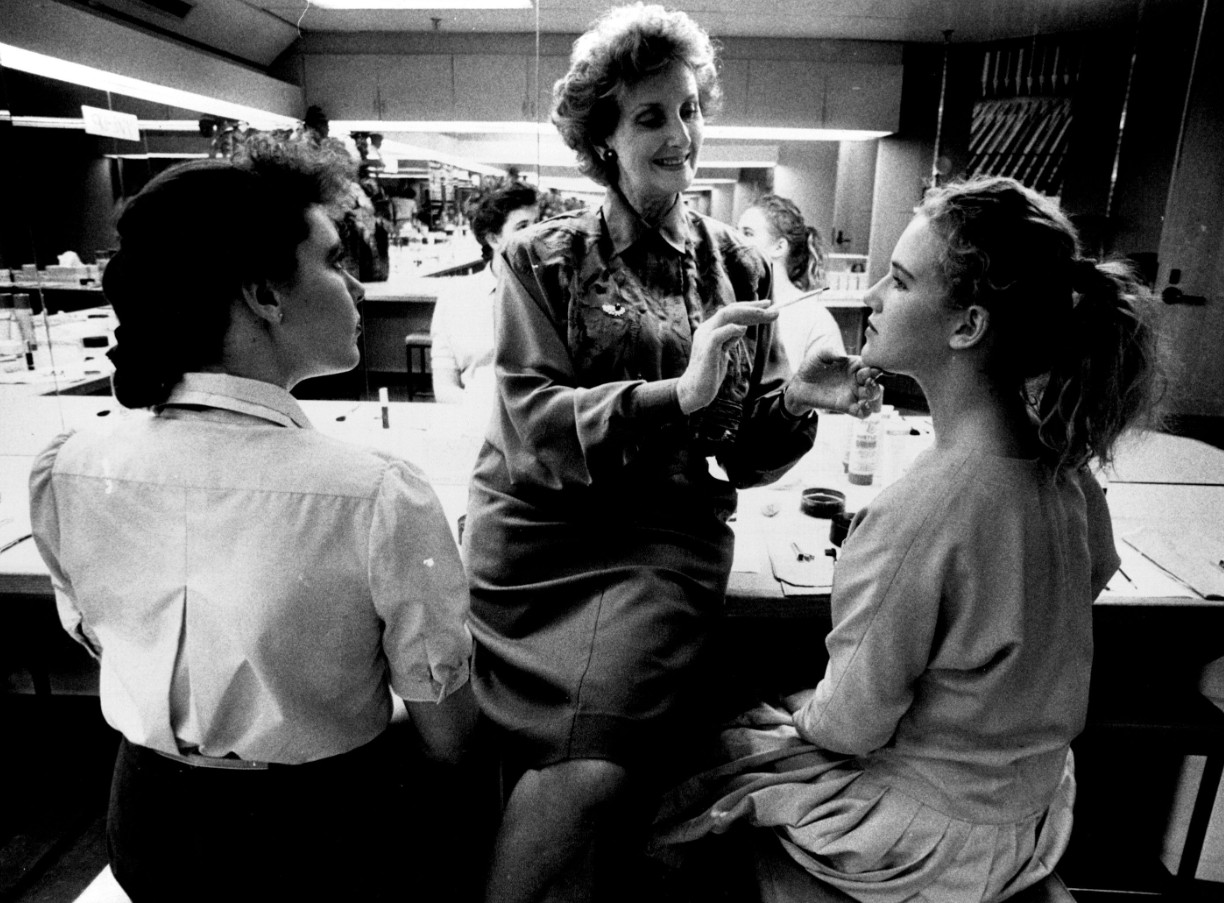 She claimed that 11 of her students had won Miss Australia, Miss World, Miss Universe or Miss Teen International titles. She was also involved in the first Australian Fashion Week.

Dally-Watkins steered her school through changing times, gradually shifting its focus more to the corporate sector. In 1988 she launched her Business Finishing College.

In 1993 she was awarded the Medal of the Order of Australia (OAM), and in 1998 was awarded Business Woman of the Year.

In 2009 she was a NSW state finalist for Senior Australian of the Year.

Dally-Watkins was ambassador at large for the charity Crossroads International, which helps the destitute in Third World countries.

She remained actively involved in her schools, and vowed she would never retire because "work is too much of an exciting challenge". In November 2015, aged 88, she was a judge in the Miss World China competition.

She is survived by her four children, seven grandchildren, and one great-grandchild.