Shaun Greentree, from the NSW central coast, was injured on the sporting field last October and is now a quadriplegic.

A 27-year-old football player is one of the first in the country to use a new exoskeleton to help him overcome paralysis.

Shaun Greentree, from NSW, was injured on the sporting field last October and is now a quadriplegic.

"I was playing AFL football on the central coast and had a collision with the opposition player resulting in fractures to my C3, 4 and 5 vertebrae," Mr Greentree told 9News. 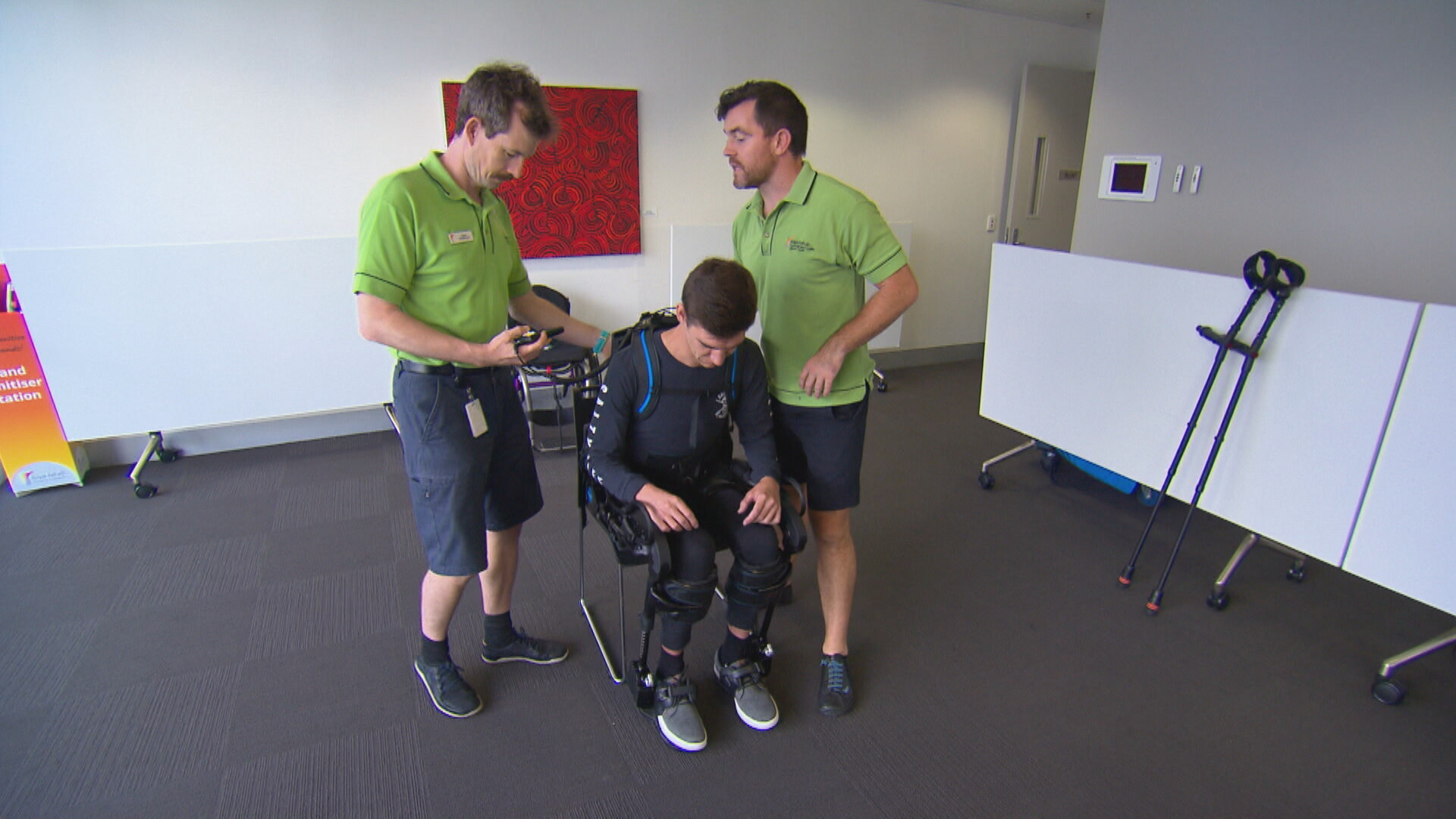 But this advanced device from United States robotic company Ekso Bionics, called an EksoNR, has made his recovery easier, and faster.

Instead of using a harness and up to four people to assist, the exoskeleton gives real time feedback on patients' progress.

The robotic technology has been acquired by Sydney's Royal Rehab to help their patients recover from spinal cord injury, stroke and even Parkinson's disease. 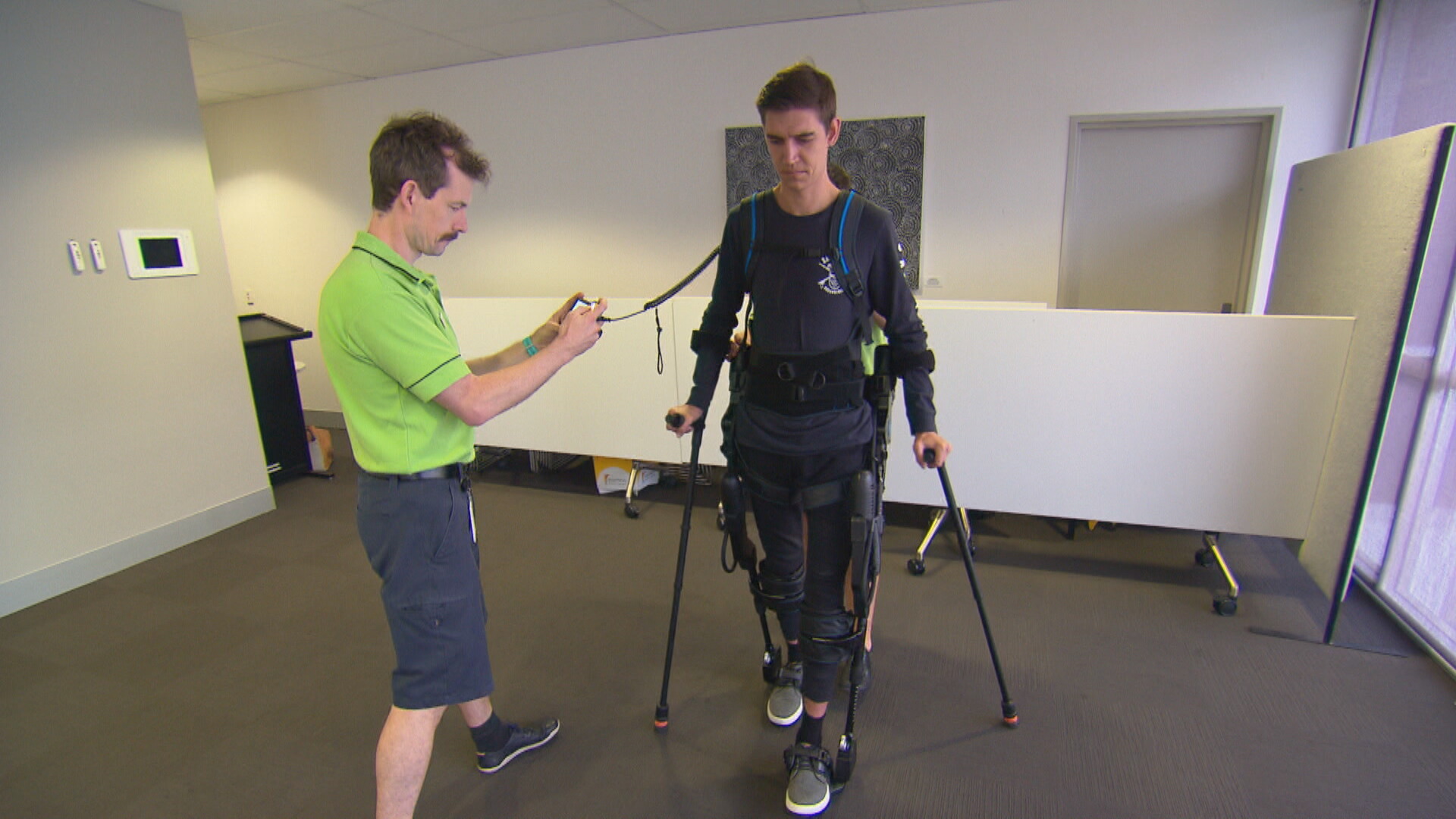 "We can get them to work for longer and for harder during the therapy," Senior Physiotherapist at Royal Rehab Jason Redhead told 9News.

Royal Rehab sees about 1500 patients each year and the new exoskeletons are all part of the centre's plan to deploy more sophisticated technologies.

"This is only the start", Royal Rehab CEO Matthew MacKay said.

"We are going to turn a large space of this current building into something the likes of Australia has never seen before."