A Queensland snake catcher has issued a dire warning for pet owners after a huge python ate a pet cat whole.

Stuart McKenzie, from Sunshine Coast Snake Catchers, said as soon as he saw the python, he knew the animal inside was too big to be a possum.

"It was amongst some bushes in the backyard, then I saw the food item and I thought that's a fat food item whatever that is," Mr McKenzie told nine.com.au. 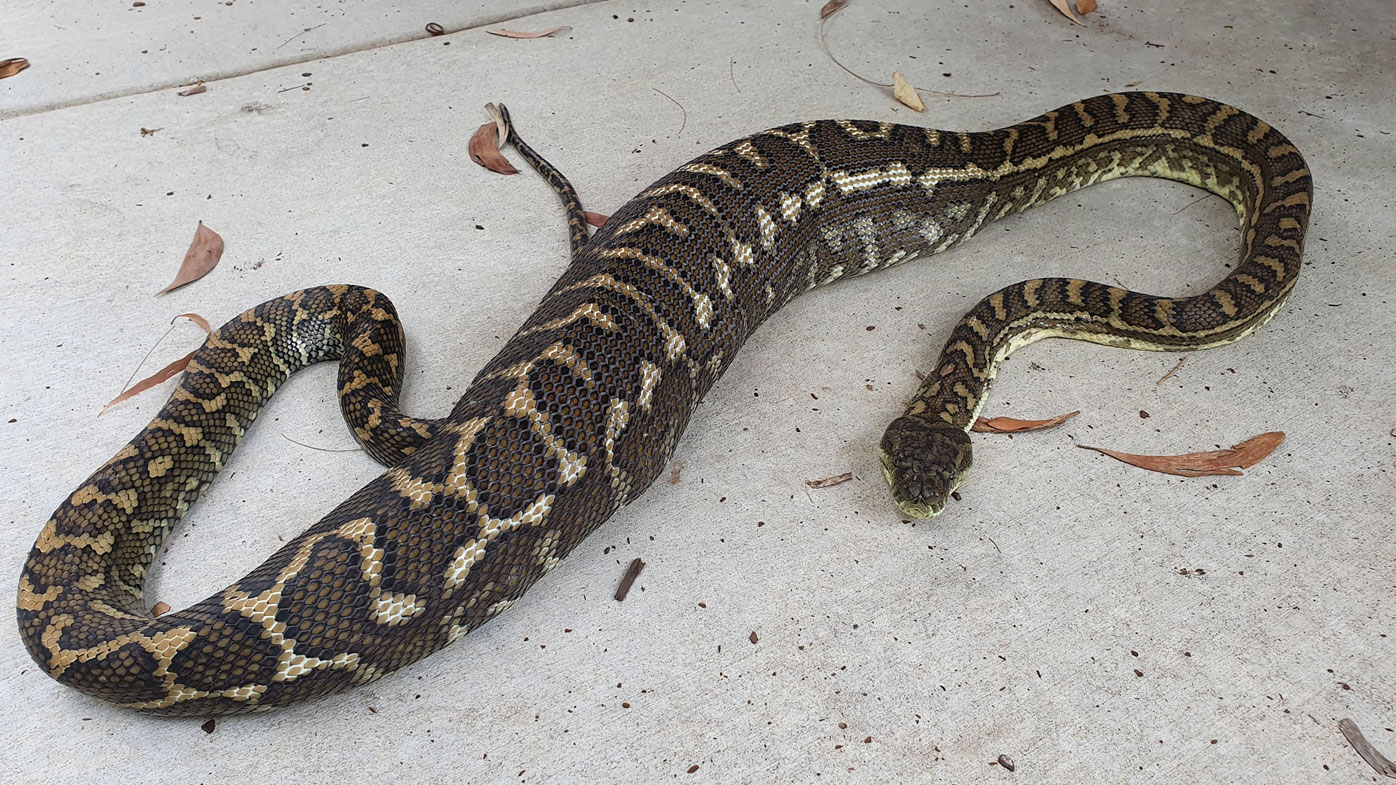 "I thought it must be a big possum, but it just kept going and going.

"That's when I instantly thought, 'oh this is probably a pet'".

He took the snake to the local vet where they confirmed it was a pet cat, and the owner was contacted.

Mr McKenzie said the owner told him the cat was kept indoors most of the time but allowed out during the day.

He said the unfortunate incident was a warning for cat owners to keep their animals inside, even during the day.

"Just be as responsible as possible, if you can either build a cat run, or when they're outside just be there and supervise," he said.

He said he only sees bigger pets such as cats and small dogs eaten by snakes about twice a year. It's more common for Guinea pigs, chickens and other birds to become a meal.

The python was released back into the bush away from homes and roads.