Vladimir Putin has responded to Joe Biden’s description of the Russian leader as a killer by citing America’s past and present troubles, from slavery and the slaughter of Native Americans to racial injustice.

President Vladimir Putin has responded to US President Joe Biden's description of the Russian leader as a killer by citing America's past and present troubles, from slavery and the slaughter of Native Americans to racial injustice.

Mr Biden was asked in an interview this week whether he thought Mr Putin was a killer, and he replied, "I do", a remark that prompted Russia to recall its ambassador in Washington for consultations and warn about further retaliation.

Mr Biden has taken a tough stance on Russia, saying that the days of the US "rolling over" to Mr Putin are done, contrasting his style with the approach of former President Donald Trump, who avoided direct confrontation and frequently spoke about Mr Putin with approval. Mr Putin was asked about Mr Biden's comment during a video call marking the anniversary of Russia's 2014 annexation of Crimea, and he responded with an "it-takes-one-to-know-one"-style remark, saying his counterpart's words reflected the United States' own problems.

At the same time, he offered to have a phone call with Mr Biden to discuss issues of mutual interest.

Mr Putin pointed at the US atomic bombing of Japan during World War II, as well as its history of slavery and slaughtering Native Americans, noting the painful legacies weighing on the United States.

"Otherwise, where would the Black Lives Matter movement come from?" he said, citing racial injustice and the killing of African Americans.

The exchange of tough statements follows a declassified report from the US national intelligence director's office that found Mr Putin authorised influence operations to try to help Mr Trump in his failed bid to win reelection in November.

The Kremlin has dismissed the report as baseless.

"(Putin) will pay a price," Mr Biden said in the interview, asked about the declassified report. Mr Biden's administration warned that Russia would face sanctions soon over its attempt to influence last year's US election and the massive Solar Wind hacks.

The spiralling tensions have brought US-Russian relations to the point where they were at the end of President Barack Obama's administration, a chilly strain that differed markedly from Mr Trump's efforts to court Mr Putin.

Asked what he would tell Mr Biden in response to his remarks, Mr Putin said: "I would tell him: 'Be well.' I wish him health, and I say that without any irony or joking."

Recalling his youth, Mr Putin said that he and his friends would respond to insults with the taunt: "The names you call are what you are yourself" — a Russian version of the childhood riposte, "I'm rubber, you're glue; what you say bounces off me and sticks to you."

"It's not just a rhymed childish joke; it has a deep psychological meaning: We see our own qualities in another person, we think he's like us and judge him accordingly," he added. 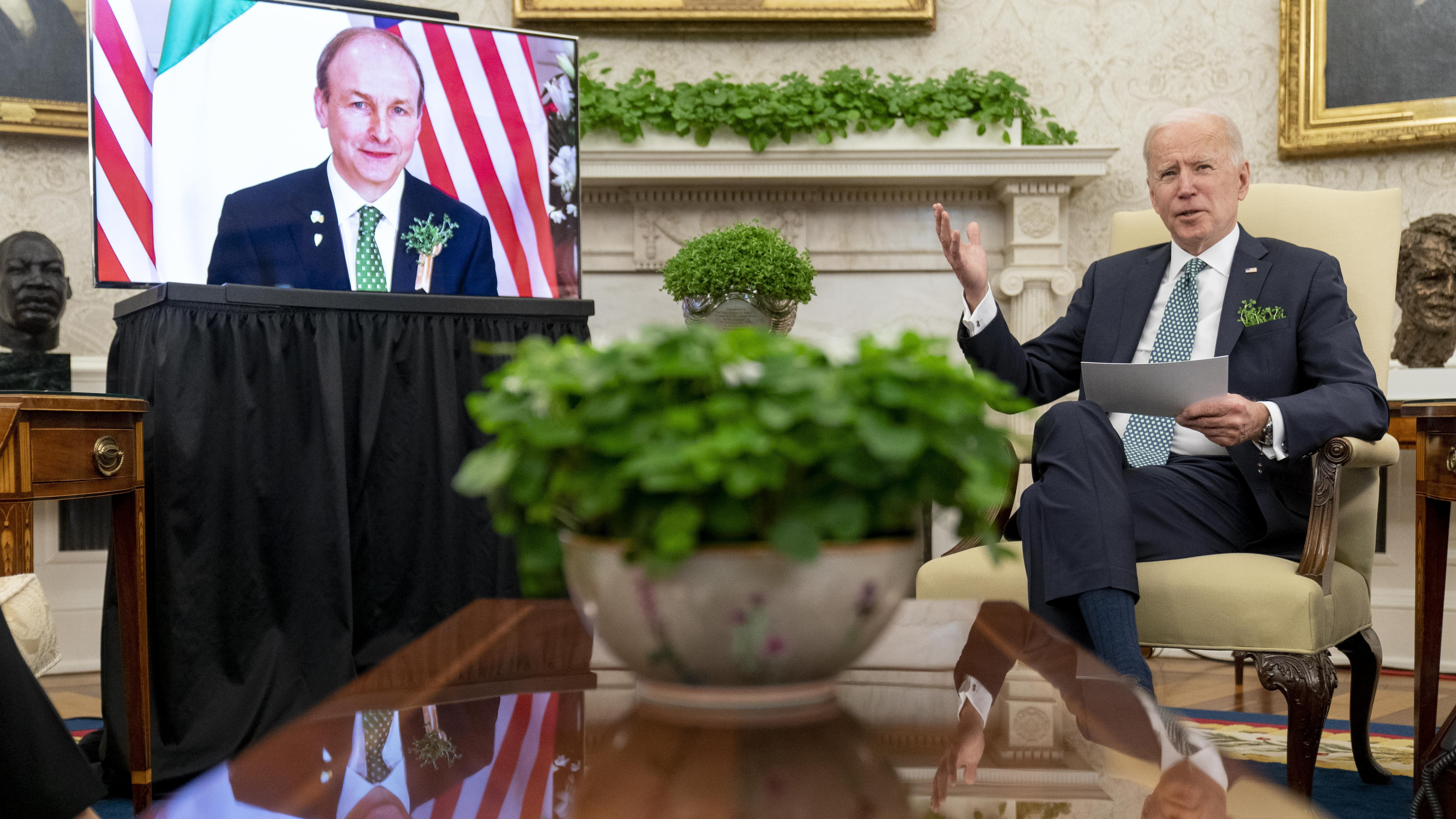 Mr Putin said the US establishment likes to air accusations against other countries as part of its efforts to "solve domestic and foreign policy problems."

He noted that Russia would still cooperate with the United States where and when it supports Moscow's interests, adding that "a lot of honest and decent people in the US want to have peace and friendship with Russia."

"We are aware of it, we value it and will rely on them in the future," Mr Putin said.

"I know that the US and its leadership is generally inclined to have certain relations with us, but only on issues which are of interest to the US and on its conditions," Mr Putin said.

"But we know how to defend our own interests, and we will work with them only in the areas we are interested in and on conditions we see as beneficial to ourselves. And they will have to reckon with it."

Speaking in separate comments, Mr Putin said he would ask the Foreign Ministry to arrange a call with Mr Biden in the next few days to discuss the coronavirus pandemic, regional conflicts and other issues.

"I wouldn't delay it for long, I would like to go to the taiga for a quick break over the weekend, so we can do it tomorrow or Monday," Mr Putin said in televised remarks, without specifying where in Siberia he plans to visit. 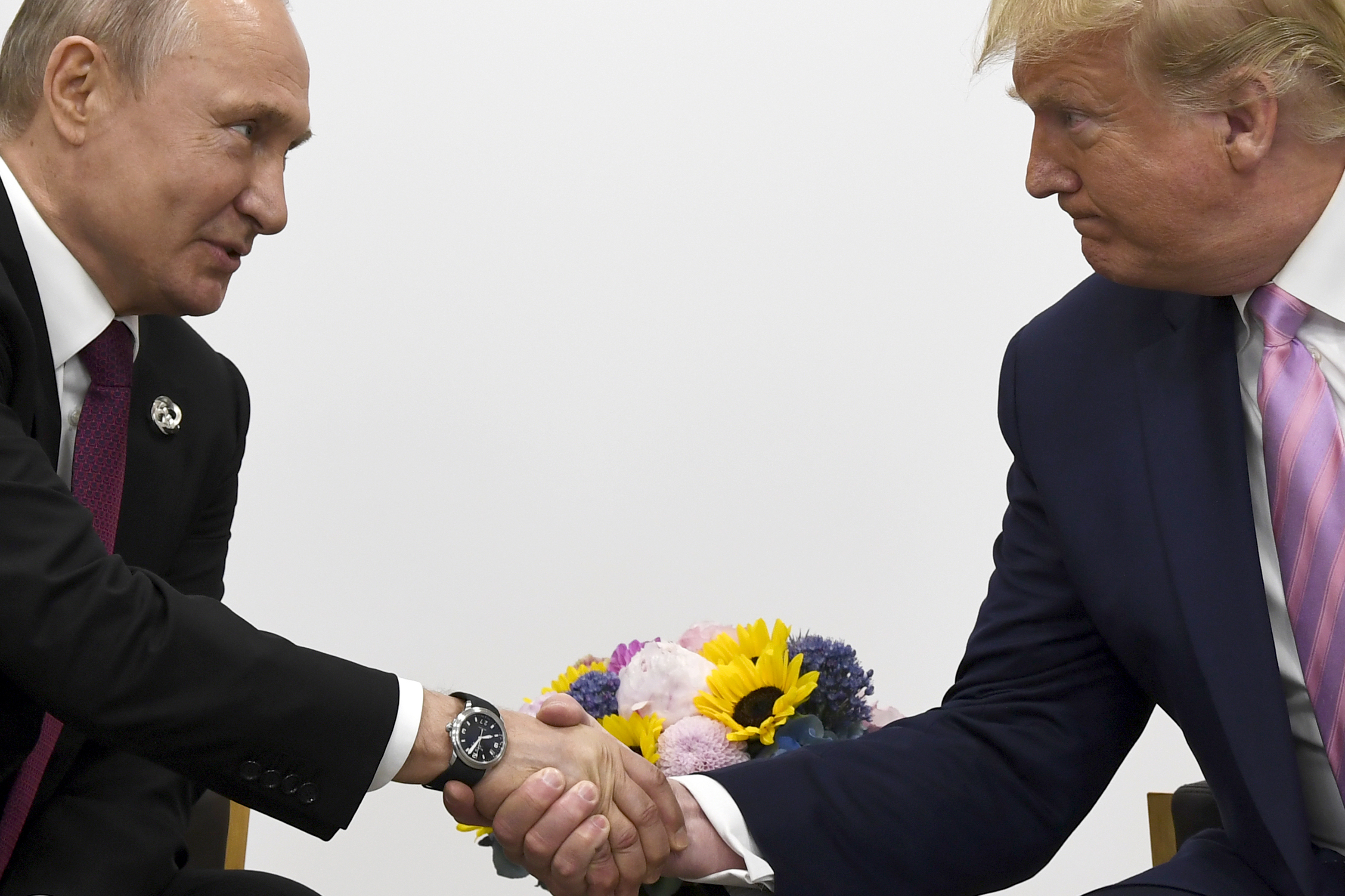 "We must continue our relations," he noted.

"Last time, President Biden initiated a call and now I would like to offer President Biden to continue our discussions. It would be in the interest of both Russian and the US people and other countries, bearing in mind that we bear a special responsibility for global security as the largest nuclear powers."

Other Russian officials and lawmakers were less diplomatic.

Dmitry Medvedev, the deputy head of Russia's Security Council who served as president in 2008-2012 when Mr Putin had to shift into the premier's job because of term limits, said that "time hasn't spared" the 78-year-old Mr Biden and cited Sigmund Freud as saying, "Nothing costs so much in life as illness and stupidity."

And Andrei Turchak, the leader of the main pro-Kremlin United Russia party, described Biden's remarks as a reflection of "the US political marasmus and its leader's dementia."

Kremlin spokesman Dmitry Peskov deplored what he called "very bad remarks by the US president" that made it clear that "he doesn't want to normalise relations."

"We will proceed accordingly," Mr Peskov said in a conference call with reporters, noting that "there was nothing like that in history."

He wouldn't answer if Russia could go as far as to break diplomatic ties with the United States.

Konstantin Kosachev, a deputy speaker of the Russian parliament's upper house, said Mr Biden's "boorish statement" marks a watershed in Washington's relations with Moscow, warning that Russia's response wouldn't be limited to recalling its ambassador "if the American side fails to offer explanation and excuse." 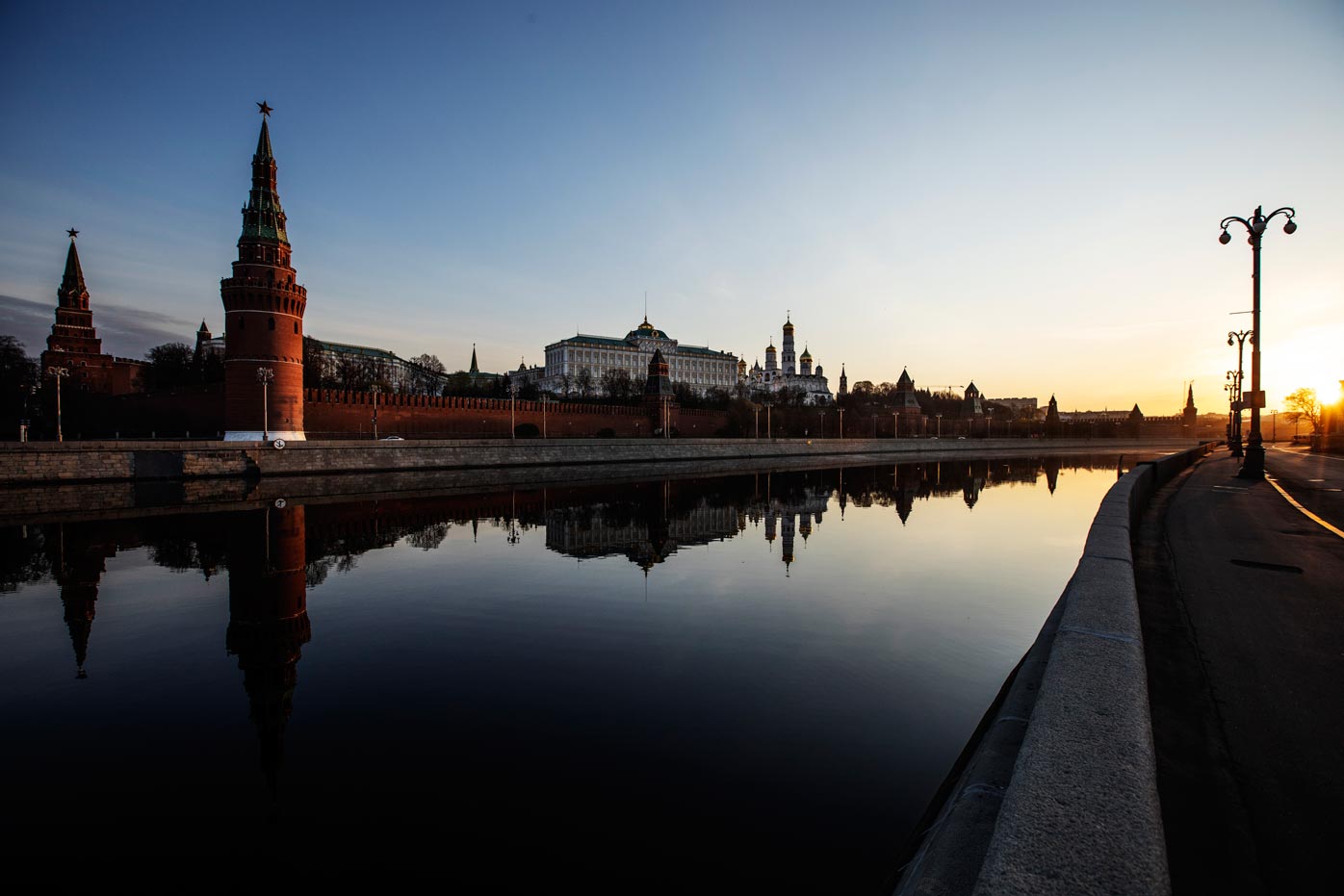 Commenting on the Russian move Wednesday, White House spokeswoman Jen Psaki emphasised that "we will be direct, we will speak out on areas where we have concerns, and it will certainly be, as the president said last night — certainly, the Russians will be held accountable for the actions that they have taken."

Russia's relations with the United States and the European Union already have plunged to post-Cold War lows after Moscow's annexation of Ukraine's Crimean Peninsula, election meddling, hacking attacks and most recently, the jailing of Russia's opposition leader Alexei Navalny that followed his poisoning he blamed on the Kremlin.

Asked about Mr Biden's remark on Mr Putin, German Foreign Minister Heiko Maas said Berlin expects "a clear language in Washington toward Russia," but emphasised that "there needs to be dialogue and agreement" on issues such as climate change and disarmament, noting that Mr Biden quickly extended the New START arms control agreement with Russia.