The Pussycat Dolls suffered a rather unfortunate tech blunder during a performance on The One Show on Wednesday night.At the end of the show, the chart-topping girl group swung by the BBC’s studios to give their new song React its first full TV p…

The Pussycat Dolls suffered a rather unfortunate tech blunder during a performance on The One Show on Wednesday night.

At the end of the show, the chart-topping girl group swung by the BBC’s studios to give their new song React its first full TV performance.

Things didn’t get off to the best start, though, as they apparently didn’t hear the track had started, with all five girls continuing to face the back of the stage long after the song’s introduction was over.

A few seconds in, lead singer Nicole Scherzinger’s pre-recorded vocals suddenly began playing, after which the performance came to an abrupt halt, and presenters Matt Baker and Alex Jones suddenly had to introduce them for a second time. 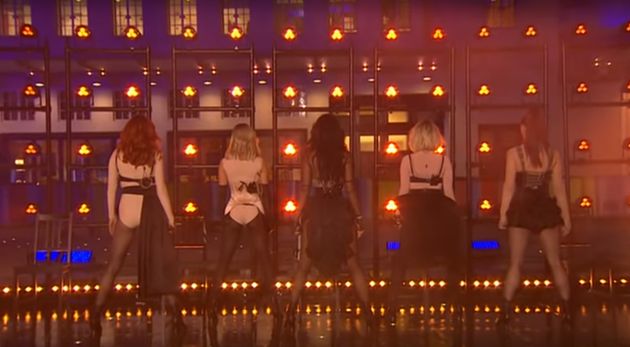 Fortunately, it was a case of second time lucky for the Don’t Cha singers, and after their initial false start, the performance went off without a hitch (and by the way, we should note that Nicole sounded spot on, too).

Shortly after their One Show appearance, the band posted a video of the performance on their Twitter page, though notably without the mishap at the beginning.

THANK YOU @BBCTheOneShow!!! 😻 We just performed #REACT and had the best time!! 💋 Head over to BBC iPlayer to catch our full performance! #TheOneShow
pic.twitter.com/KGMsiMqPky

Last year, almost a decade after their split, the Pussycat Dolls announced that they were reforming as a five-piece, and would be heading on a UK arena tour in 2020.

To mark the occasion, they performed a string of their hits – and a snippet of new song React – during the final of X Factor: Celebrity.

The performance received a mixed reaction from viewers, more than 400 of whom complained to Ofcom about their revealing outfits and provocative choreography.

Over the weekend, the band appeared alongside Ant and Dec’s Saturday Night Takeaway, and appeared to poke fun at the controversy during a performance at the end of the show.