Victorian Premier Daniel Andrews will make his highly anticipated return to work on Monday, with punters betting on what he will wear and say at his first press conference.

Victorian Premier Daniel Andrews will make his highly anticipated return to work on Monday, with punters betting on what he will wear and say at his first press conference.

Sportsbet has revealed his famous North Face jacket is considered a $3.75 chance to return, ahead of a suit jacket at $1.25, while punters have supported a "no-tie" option at $1.50.

Doctors, nurses and first responders top the market for the first people the premier will thank at $1.85, with "Cath and the kids" at $2.75, followed by "all Victorians" at $4 and Acting Premier James Merlino at $6. 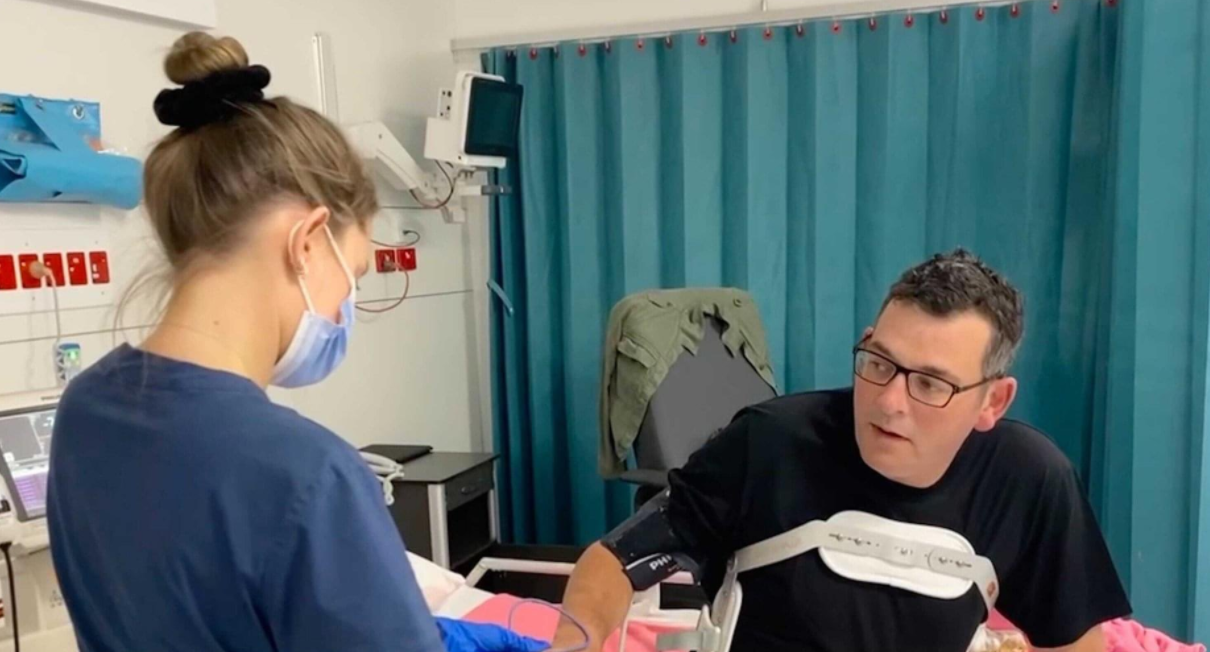 Mr Andrews informed Victorians earlier this month he had received "good news" from his care team at The Alfred following another round of scans that he could return to work on June 28.

The premier suffered broken ribs and spinal damage after falling on wet stairs at a house in Sorrento on March 9.

"My vertebra has almost fully healed and my ribs are well on track. The team taking care of me has given me the all-clear to get back to work soon," he said earlier this month.

"To Cath, the kids and the doctors, nurses, ambos and physios who've taken care of me — I can't thank you enough.

Police Minister Lisa Neville has extended her leave of absence due to a "severe flare-up" of her Crohn's disease.

The minister advised she would be extending her medical leave with hopes of returning to her role in August, rather than in June as originally planned.

"Based on advice from my doctors I am not physically able to return to work at the end of June, as originally planned," Ms Neville said.

"This additional delay has been personally very disappointing to me, but my doctors have a plan and I anticipate that all going well, I will be able to return at some point in August – subject to medical advice."

READ MORE: Liberals 'should be ashamed' over Andrews accident questions Ms Neville had her first surgery on April 6, with her small bowel in a critical condition at the time.

She was hospitalised for four weeks after surgery and spent one week in intensive care "given the seriousness" of her condition.

"I am working hard to rebuild my physical and mental strength, after so long battling this flare-up and the toll the surgeries and complications have taken," Ms Neville said.

"To say this experience shook me is an understatement.

"Particularly my week in ICU.

"Despite the best possible medical care, finding out I had reached that level of seriousness gave me a very real scare."

The minister underwent more surgery on April 15 following a complication, which required her to be admitted into hospital for another week after she returned home in late May.

Crohn's disease is a type of inflammatory bowel disease which Ms Neville has managed for the past 32 years.

MP Danny Pearson has temporarily taken over her portfolios of police and emergency services until she returns.

READ:  Former US Defense Secretary Donald Rumsfeld has died at the age of 88

"I miss work, but these jobs are not something you can do part-time. You have to be able to give it your all," she said.