The fatal shooting of a black man by a white Atlanta police officer and the death of another black man found hanging from a tree outside a city hall in California ignited new anti-racism protests over the weekend.Early Sunday, Atlanta police announced … 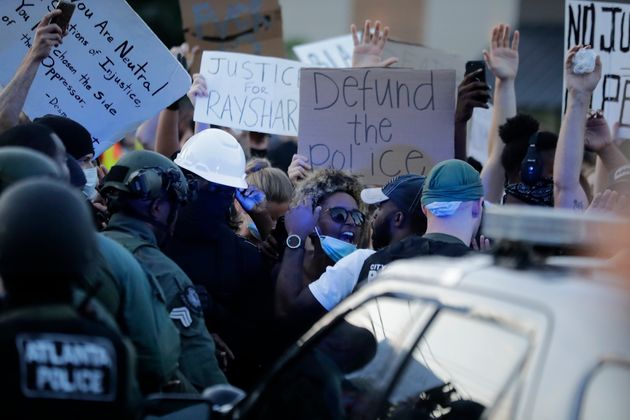 The fatal shooting of a black man by a white Atlanta police officer and the death of another black man found hanging from a tree outside a city hall in California ignited new anti-racism protests over the weekend.

Early Sunday, Atlanta police announced that an officer, Garrett Rolfe, had been fired following the fatal shooting of Rayshard Brooks, 27, on Friday night, and another officer, Devin Brosnan, had been placed on administrative duty. On Saturday, Mayor Keisha Lance Bottoms had called for the immediate firing of the officer who opened fire on Brooks and announced that she had accepted the resignation of Police Chief Erika Shields.

“I do not believe that this was a justified use of deadly force,” Bottoms said.

Roughly 150 protesters marched outside the Wendy’s restaurant outside where Brooks was shot, reigniting demonstrations that had largely simmered in the Georgia capital nearly three weeks after George Floyd, another black man, died after a white Minneapolis police officer pressed a knee to his neck. Both Rolfe and Brosnan are white. 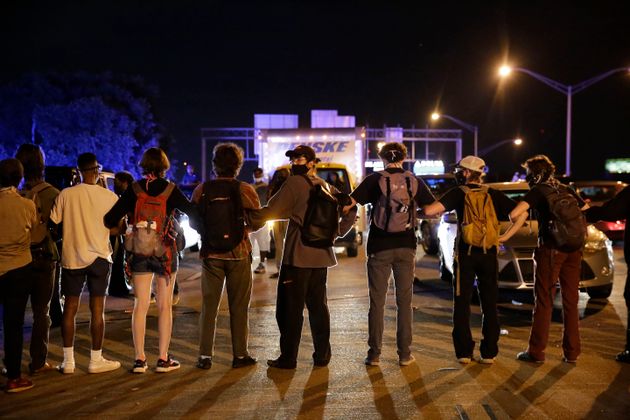 The Wendy’s was set aflame at one point Saturday night, although the fire was out before midnight. The Georgia Bureau of Investigation said that Brooks, who was seen on body camera video sleeping in a car blocking the Wendy’s drive thru, failed a sobriety test and was shot in a struggle over a police Taser.

Atlanta police said Sunday that 36 people had been arrested in connection with the protests, but gave no further details. 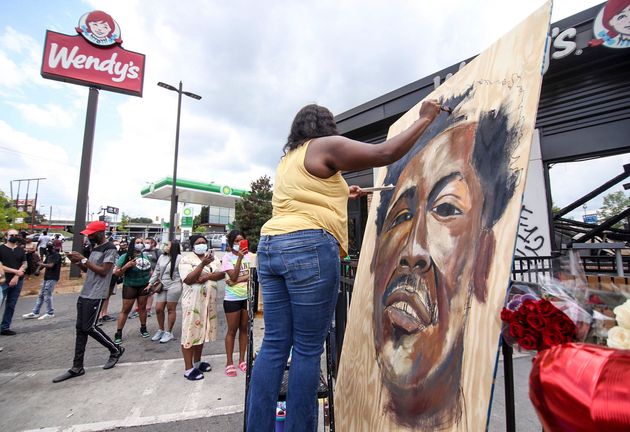 In Palmdale, California, hundreds of people on Saturday marched to demand an investigation into the death of Robert Fuller, 24, who was found hanging from a tree early Wednesday near city hall. The protesters marched from where the body was found to a sheriff’s station, with many carrying signs that said “Justice for Robert Fuller.”

Authorities said the death appeared to be a suicide, but an autopsy was planned. The city said there were no outdoor cameras that could have recorded what happened.

Fuller’s death has brought to light the death of another black man found hanging from a tree on May 31 in Victorville, a desert city 45 miles (72 kilometres) east of Palmdale. A sheriff’s spokeswoman, Jodi Miller, told Victor Valley News foul play was not suspected in 38-year-old Malcolm Harsch’s death but the man’s family said they were concerned it will be ruled a suicide to avoid further attention.

Meanwhile, the rapidly unfolding movement to take down Confederate statues in the U.S. grew over the weekend. In Richmond, Virginia, a police SUV drove up on a curb and struck multiple protesters who were blocking the vehicle’s path during a demonstration Saturday night at the Robert E. Lee statue, which has become a gathering place for racial justice demonstrations. 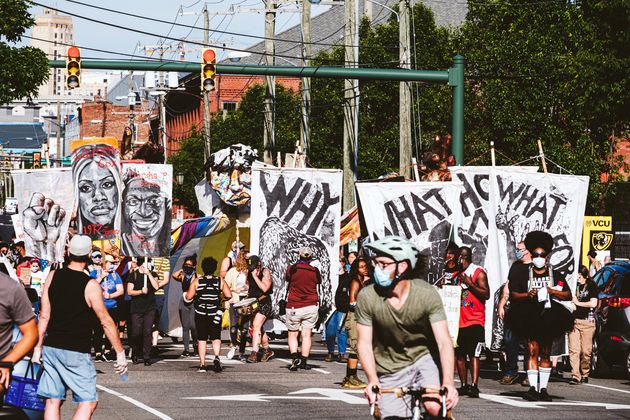 The Richmond Times-Dispatch reports that no one appeared to be seriously injured. In messages posted on Twitter early Sunday morning, the Richmond Police Department said police are investigating the incident, including what it called “a possible assault” on an officer who was inside the vehicle. The department said it is also investigating reports on social media “that a person in the crowd may have been struck by the vehicle.”

Spokespersons for the department did not immediately respond to an email seeking comment Sunday morning.

In Philadelphia, a group of about 100 people, some carrying guns and baseball bats, gathered around a statue of Christopher Columbus in Philadelphia on Saturday, saying they intended to protect it from vandals amid recent protests.

READ:  Experts Predict How Coronavirus Will Change The Way We Travel

“It would be over my dead body before they got to this statue,” Anthony Ruggiero, 41, told The Philadelphia Inquirer. “This is a part of history.”

Mayor Jim Kenney condemned the “groups of armed individuals ‘protecting’” the statue in a Twitter post on Sunday.

Meanwhile, three people were charged in the vandalism of a Christopher Columbus statue in Providence, Rhode Island.

Protesters in New Orleans tore down a bust of a slave owner Saturday who left part of his fortune to New Orleans’ schools and then took the remains to the Mississippi River and rolled it down the banks into the water. 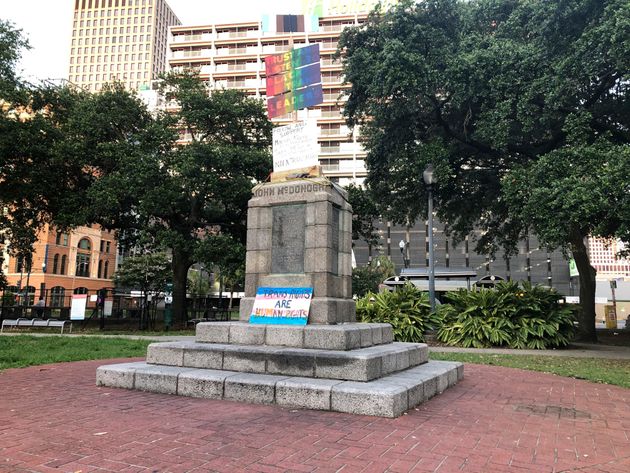 And in Tahlequah, Oklahoma, the Cherokee Nation’s principal chief watched as two Confederate monuments were removed that were placed in its tribal headquarters nearly a century ago by the Daughters of the Confederacy.

Also on Saturday, members of the Clemson University football team led hundreds of demonstrators on the school’s campus in South Carolina. The march came a day after Clemson trustees voted to rename its honours college, stripping from the program the name of former vice president and slavery proponent John C. Calhoun.

European protesters sought to show solidarity with their American counterparts and to confront bias in their own countries on Sunday. The demonstrations also posed a challenge to policies intended to limit crowds to prevent the spread of the coronavirus.

In Milan, Italy, protesters scrawled ‘’rapist’’ and ‘’racist’’ in Italian on the statue of a late Italian journalist who had acknowledged having had a 12-year-old Eritrean bride while stationed in the Italian colony on the horn of Africa in the 1930s. The statue of Indro Montanelli, inside a Milan park that bears his name, has been a flashpoint in Italy’s Black Lives Matter protests.

READ:  Hotel quarantine to remain for some time even with COVID-19 jab

In Germany, protesters in Berlin on Sunday formed 5 ½-mile (9-kilometre) chain in a message against racism, among a range of other causes. Demonstrators were linked by coloured ribbons, forming what organisers called a “ribbon of solidarity” that stretched southeast from the Brandenburg Gate to the Neukoelln neighbourhood.

This story corrects the summary to reflect that announcement of officer’s firing was Sunday, not Friday. The story also corrects the last name of the fired officer to Rolfe.