Two people, including a teenage boy, are expected to be charged after a disruptive Extinction Rebellion protest stopped traffic on a Melbourne freeway this morning.

Two people, including a teenage boy, are expected to be charged after an Extinction Rebellion protest stopped traffic on a Melbourne freeway this morning.

The climate activists put a chokehold on the West Gate Freeway on their fifth day of action, shutting down the road during peak hour.

Images from the scene showed traffic banked up after the protest closed the Kings Way exit. 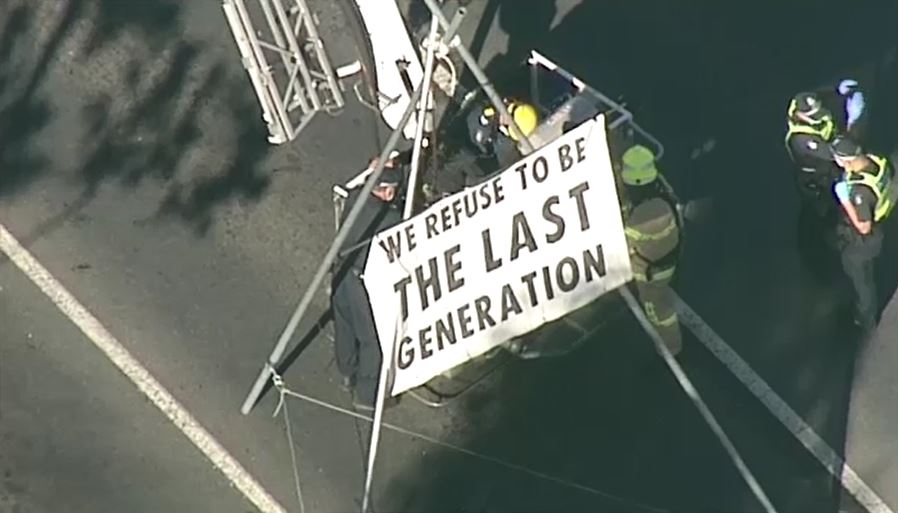 Protesters rigged up what appeared to be a six-metre-high metal tripod on the road, hanging a sign from it that read: "We refuse to be the last generation."

One protester sat in a chair slung from the apex of the tripod, before he was taken down by police and fire crews just before 10am.

He is expected to be bailed to appear at a children's court at a later date. 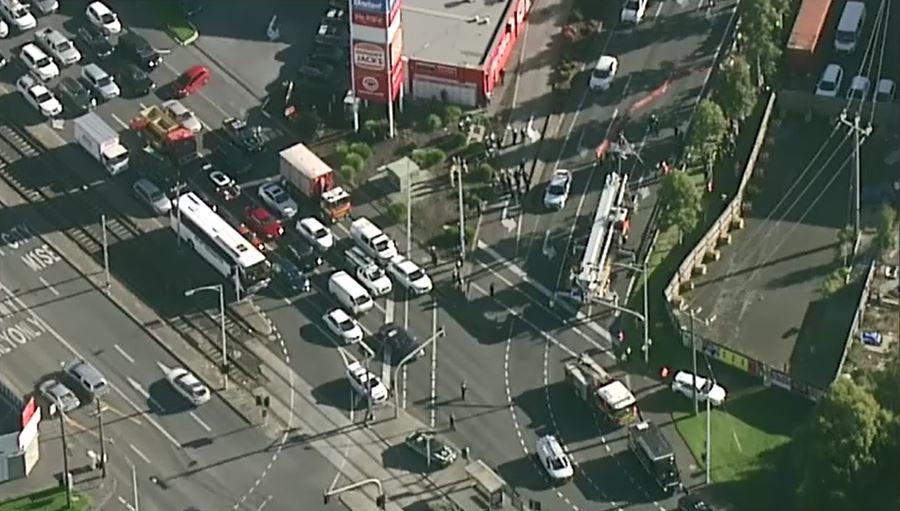 A 26-year-old woman is also expected to be charged with breach of bail and failing to wear a helmet after attending a bike protest from Carlton Gardens to St Kilda Road this morning.

Traffic was earlier brought to a standstill as protesters caused gridlocked traffic inbound on the freeway, with motorists urged to find an alternate route.

Department of Transport spokesman Chris Miller said the demonstration was the "most impactful" blockage by the protesters this week.

Earlier this week, activists rallied at Victoria's State Parliament, blocking Spring Street and Bourke Street, with some pretending to lie dead on the road with white sheets covering their bodies and wearing toe tags.

Two men were also arrested after locking themselves to a roof of a truck in the middle of a Flinders Street intersection on Friday.

The protesters pledged to wreak havoc every day this week in the city as they call for climate intervention.