Two people will front court after allegedly jumping on car rooftops during a heated gathering at a Brisbane hotel where asylum seekers are detained.

Two people will front court after allegedly jumping on car rooftops during a heated gathering at a Brisbane hotel where asylum seekers are detained.

A woman, 27, and a man, 21, are facing public nuisance charges after they alleged damaged parked cars near the Kangaroo Point Central Hotel.

Police were called after reports 20 to 40 people were fighting and screaming in Main Street, with some even jumping on car roofs, causing damage.

The same hotel has been the scene of previous protests against the detention of asylum seekers. On Thursday, Premier Annastacia Palaszczuk warned people not to attend a Free the Refugees protest planned at Kangaroo Point on Saturday due to coronavirus fears.

Meanwhile NSW authorities have promised a heavy police presence in Sydney on Saturday, after the Supreme Court ordered a protest by the same group should not proceed because of coronavirus risks.

One detainee at the Brisbane hotel told the ABC the protesters intervened physically to prevent his transfer to the Brisbane Immigration Transit Accommodation Centre at Pinkenba on Thursday night. 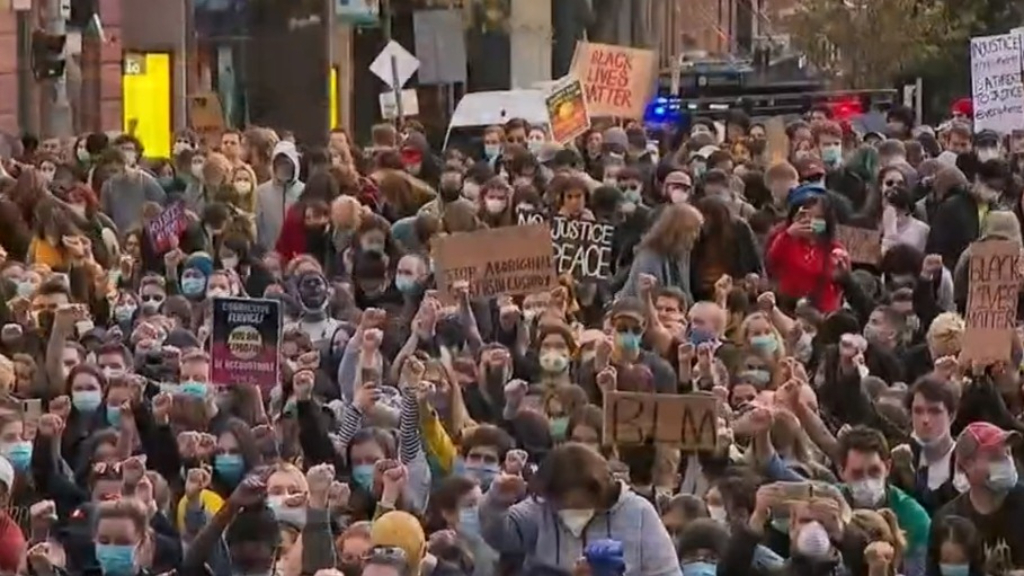 The man, identified only as Fahad, said he was told to pack his things because he was to be moved.

When he asked why he was being transferred, he said he was told it was because protesters had mentioned his name.

"I prepared and packed everything. These protesters they jump in and stop the car (from) taking me back," he said on Friday.

Fahad believes authorities will try to move him again and that he's being singled out because he's spoken to the media about the situation he and about 120 others are in.

"It was just me. I do believe the reason is in my case being outspoken and talking to the media, and trying to show what is the reality of this system and how we get treated," he said.