A man who was fatally shot after supporters of President Donald Trump clashed with left-wing protesters on the streets of Portland, Oregon, was a supporter of the right-wing group Patriot Prayer, its founder said.

A man who was fatally shot after supporters of President Donald Trump clashed with left-wing protesters on the streets of Portland, Oregon, was a supporter of the right-wing group Patriot Prayer, its founder said.

Joey Gibson, head of the group based in Washington state, identified the fatally shot man as Jay Bishop in a social media post.

Friends say the Jay Bishop was an alias and other sources have identified him as Aaron Danielson. 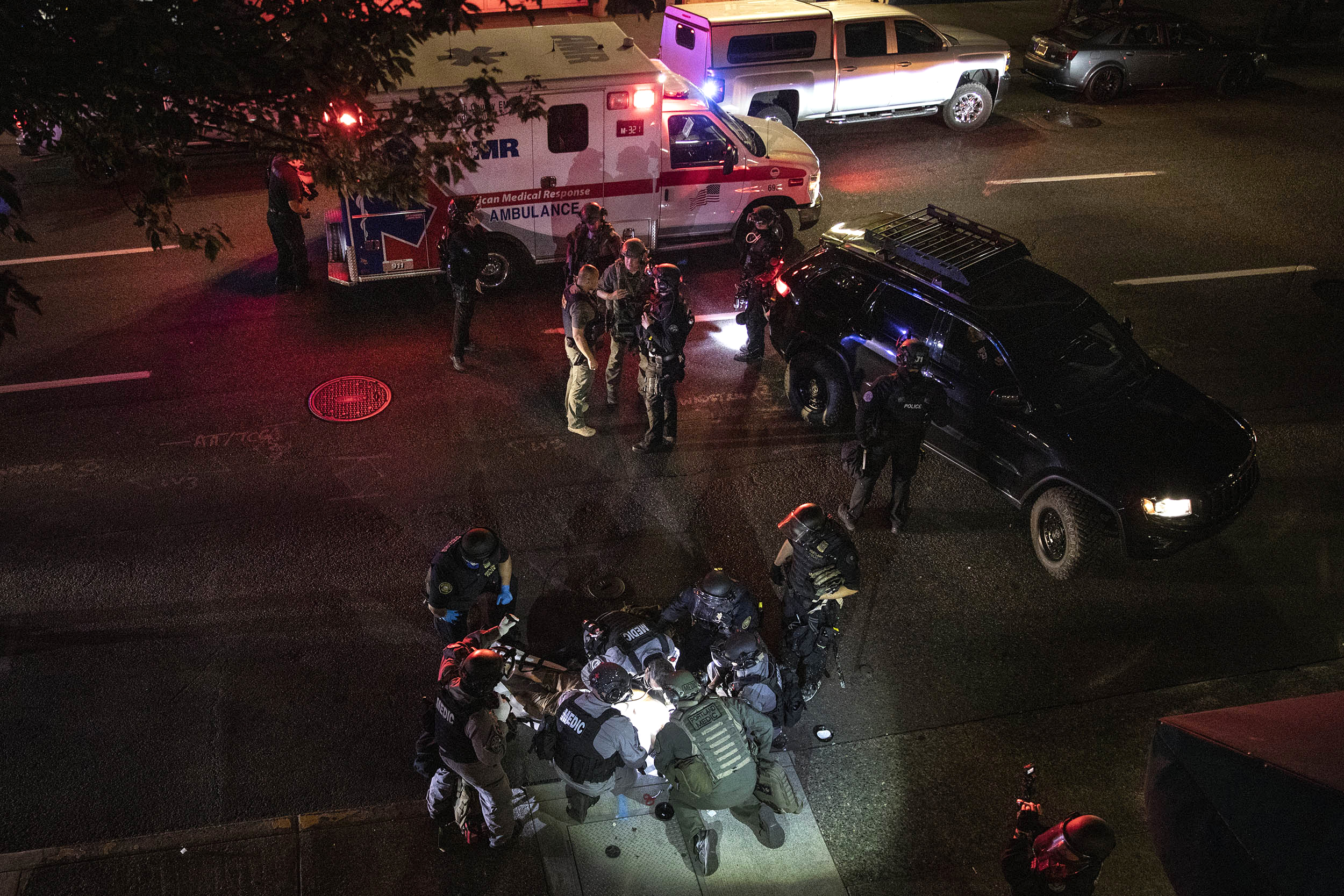 After the identification, Mr Trump posted on Twitter, "Rest in Peace Jay".

On Sunday, Mr Trump and Portland Mayor Ted Wheeler blamed each other for the violence.

Mr Trump called Wheeler a "fool" on Twitter and said to "Bring in the National Guard!" while Mr Wheeler blamed the president for creating such a toxic environment.

"It's you who have created the hate and the division," the Democratic mayor said of Mr Trump.

"You've tried to divide us more than any other figure in modern history. And now you want me to stop the violence that you helped create."

Mr Trump had earlier issued a flurry of tweets and retweets, including several blaming Mr Wheeler for the death and one in which the president appeared to be encouraging his supporters to move into Portland.

"GREAT PATRIOTS!" Mr Trump wrote as he shared video of his supporters driving into Portland to confront the protesters.

Mr Gibson said he was in Portland on Saturday night when the Trump supporters clashed with Black Lives Matter protesters downtown.

Mr Gibson arrived at the scene of the shooting shortly after it happened and video from the scene showed he was briefly corralled in a nearby gas station by angry protesters.

"I can't say much right now. All I can do is verify that he was a good friend and a supporter of Patriot Prayer," Mr Gibson said of the shooting victim in a text exchange.

He said he would make a fuller statement later Sunday (local time).

Police issued a plea for any information related to the killing, including videos, photos or eyewitness accounts.

The shooting happened about 15 minutes after a caravan of about 600 vehicles that were part of a pro-Trump rally left downtown.

It wasn't clear if the shooting was related to the clashes between Trump supporters and counterprotesters in Portland, which has become a flashpoint in the national Black Lives Matter protests since George Floyd was killed in May and an increasing centrepiece in Mr Trump's law-and-order re-election campaign theme.

Police have not released any information about the case but said they were aware of videos on social media that showed the shooting.

An Associated Press freelance photographer heard three gunshots and then saw police medics attending to the victim, who appeared to be a white man. 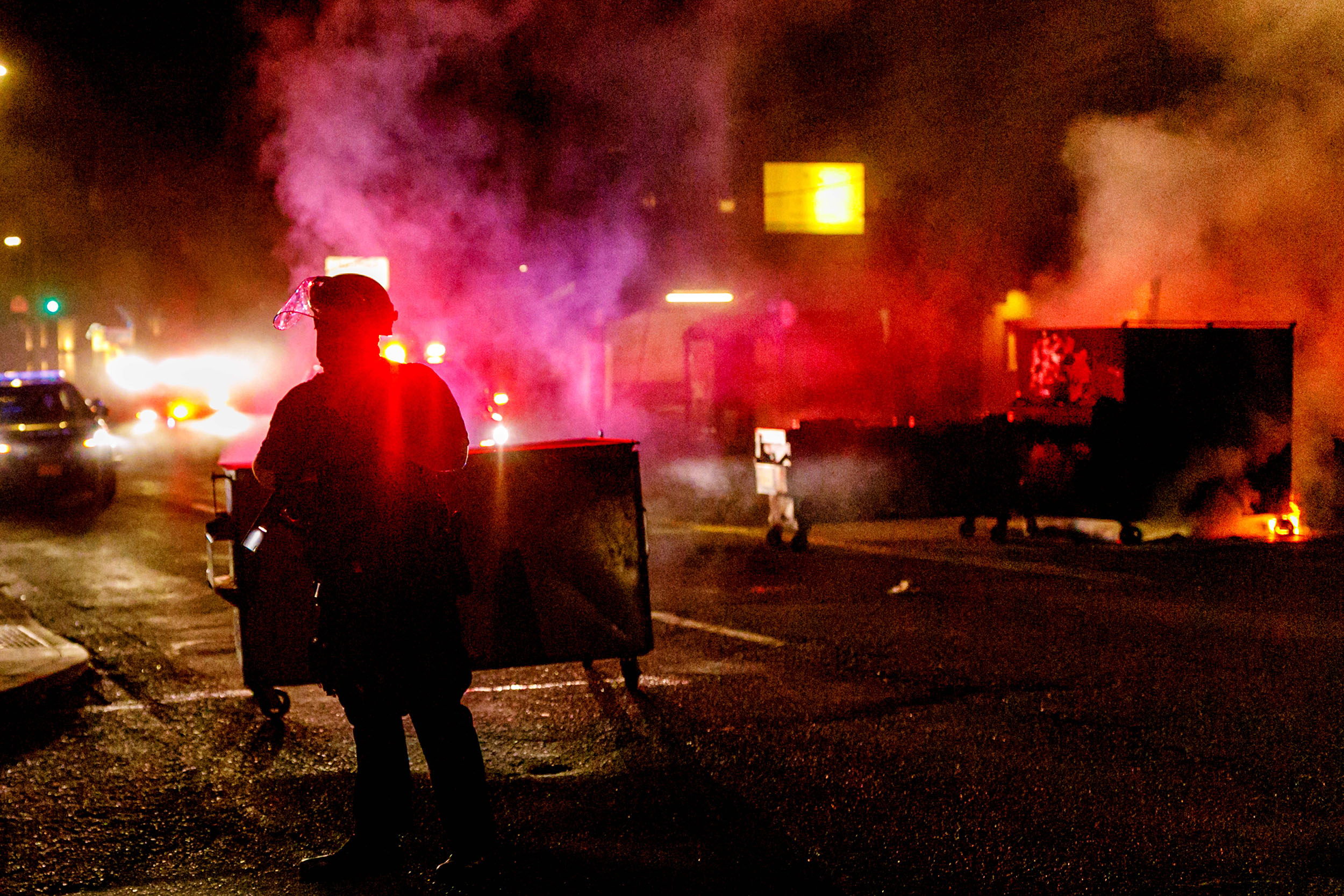 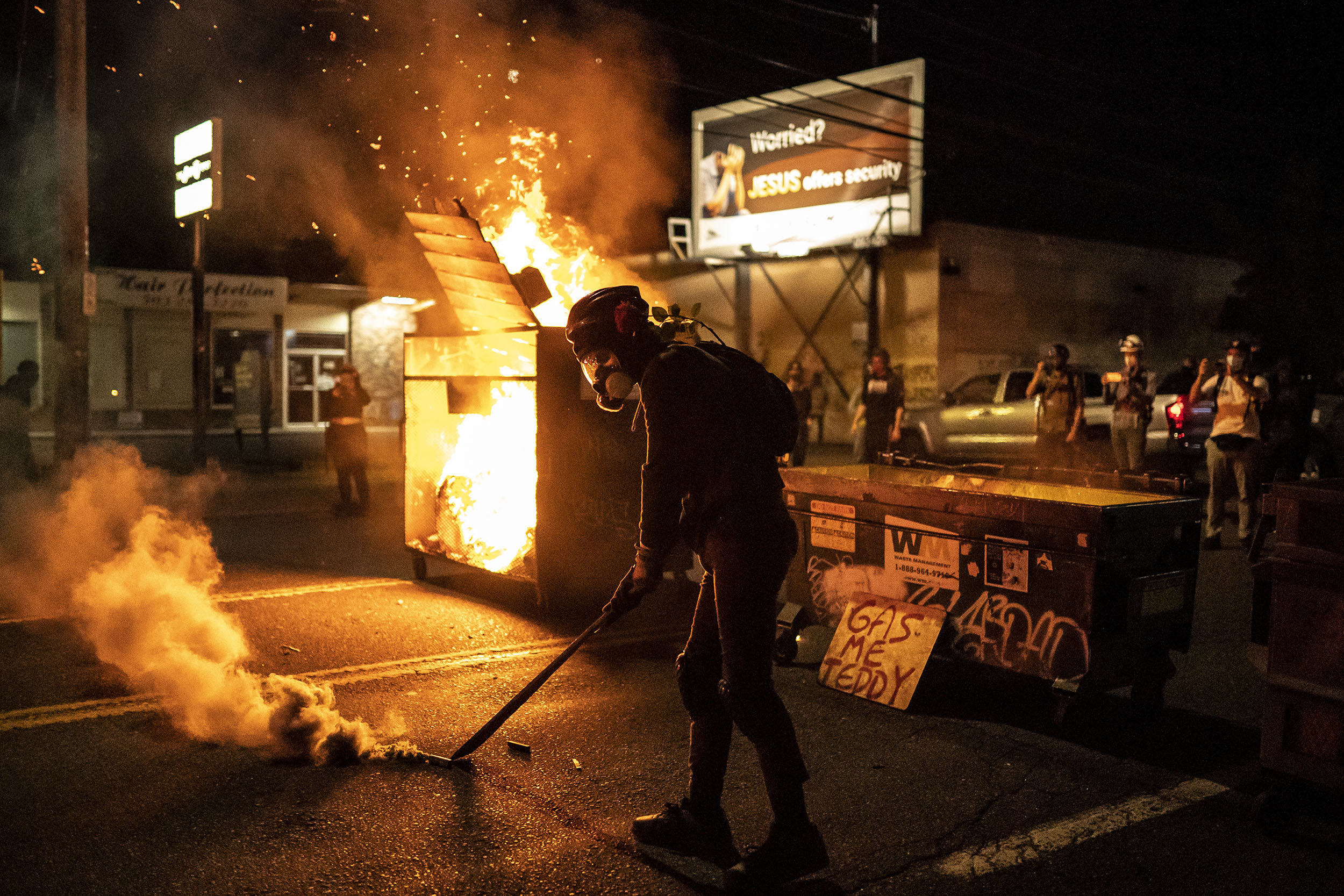 The freelancer said the man was wearing a hat bearing the insignia of Patriot Prayer.

Police said the man was shot in the chest. He was not immediately identified. It's unclear who shot him.

Portland has been the site of nightly protests for more than three months since the police killing of Floyd in Minneapolis.

Many of them end in vandalism and violence, and hundreds of demonstrators have been arrested by local and federal law enforcement since late May.

The right-wing group Patriot Prayer has a history in Portland and has repeatedly rallied supporters for pro-Trump rallies beginning in 2017.

READ:  Why is domestic travel so expensive and when will it get cheaper?

The group was founded by Mr Gibson and is based in Washington state; supporters periodically cross into Oregon for rallies and marches.