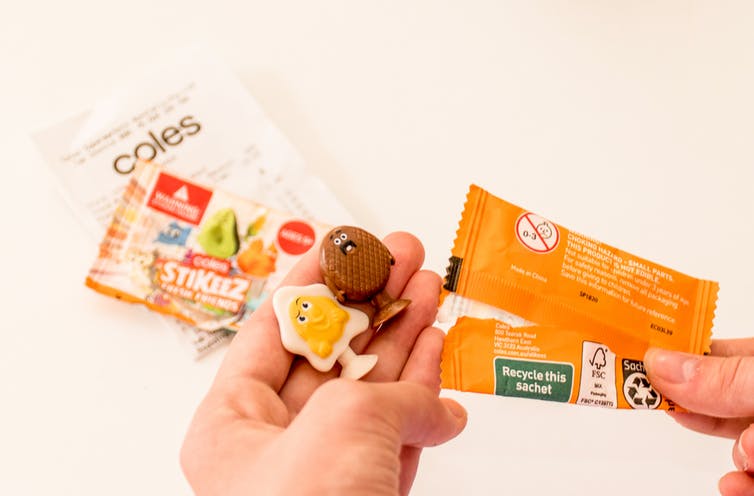 Supermarket giant Coles has 16 stores across Tasmania, not including ColesExpress outlets. Along with Woolworths, they have been known to use their market position to exploit farmers and drive independent supermarkets out of business. And along with Woolworths they have a track record of dubious promotions. Carla Liuzzo from Queensland University of Technology’s School of […]

Supermarket giant Coles has 16 stores across Tasmania, not including ColesExpress outlets. Along with Woolworths, they have been known to use their market position to exploit farmers and drive independent supermarkets out of business. And along with Woolworths they have a track record of dubious promotions. Carla Liuzzo from Queensland University of Technology’s School of Business takes a look at their latest load of plastic. 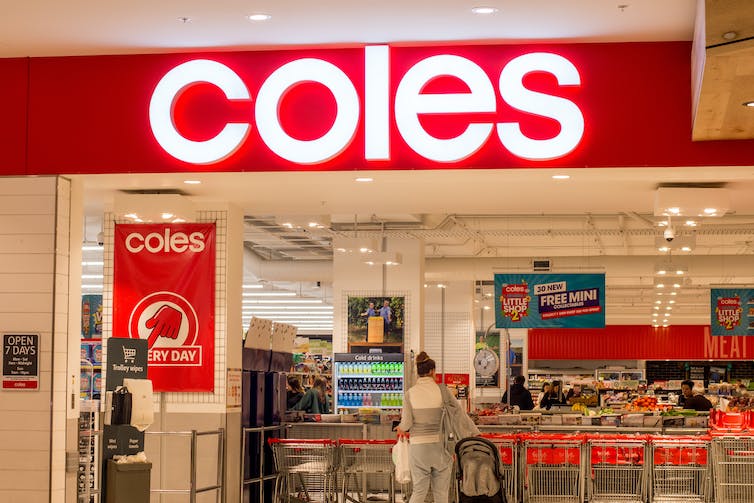 As a parent, I find it so frustrating to take my children shopping, reusable bags in hand, only to be offered plastic toys at the checkout. It’s an incredibly confusing message to be sending kids. And it seems Coles is confused too.

Last year the company stated it wants to be ‘Australia’s most sustainable supermarket‘. But with last week’s relaunch of ‘Stikeez’ – yet another plastic collectables range off the back of their Little Shop promotion – Coles is showing dogged commitment to unsustainable marketing.

Stikeez are 24 plastic characters (plus four rare ones) in the shape of fruit and vegetables, aimed at encouraging kids to eat healthy food.

After petitions against previous plastic ‘mini’ campaigns by Coles and Woolworths, Coles will make the Stikeez characters returnable in store for recycling.

But this misses the point. Coles is generating waste needlessly in the first place. Surely it’s time to move beyond plastic freebies as a way of boosting sales?

Read more: Why and how retailers turn everyday items into ‘must-have’ collectables

We have a waste problem in this country. Australians are the third highest producers of waste per person, after the US and Canada. Some councils are having to stockpile plastic, there’s a federal plan to phase out exporting waste overseas and we have high rates of contamination of recyclables. 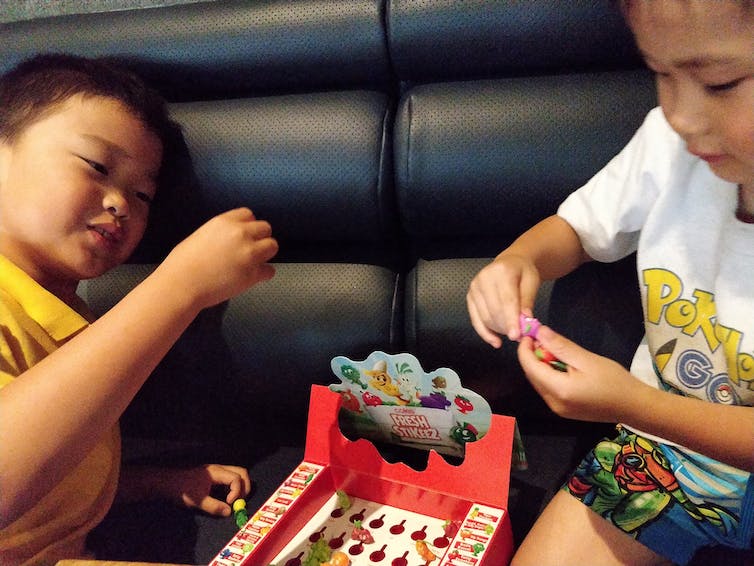 But after their Little Shop collection provoked a consumer backlash, Coles took steps to reduce waste generated from their latest campaign. Stikeez wrapping contains partially recycled content, and Coles is providing in-store collection points where Stikeez can be returned and repurposed into shoe soles, in partnership with Save Our Soles.

Certainly this is preferable to throwing the items into the rubbish, but repurposing the plastic is not without environmental cost. Fuel is required to transport the waste and the process of repurposing plastic uses energy.

What’s more, asking shoppers to bring back their Stikeez puts the onus on consumers, rather than the company, to dispose of the items responsibly. And as we’ve seen by the low rates of recycling of soft plastics on a national level – recycling soft plastics is also offered in store – it’s far more convenient to throw items in the bin.

Coles is also missing the point of the consumer backlash. When a company already generates huge quantities of waste in its core business and says it wants to be Australia’s most sustainable supermarket, it cannot generate additional waste on plastic marketing.

Last year Coles’ Little Shop put many parents offside. But Coles earned around A$200 million in extra revenue as a result of the original promotion.

Coles reported an increase in the first quarter of 2019 in sales of 5% and gained a competitive advantage over rival Woolworths, which managed only 1.5% in the same period. Obviously the bump in sales was too hard for Coles to resist.

Last year, Coles said 94% of Little Shop collectables were either kept or given to family or friends. But University of Tasmania marketing expert Louise Grimmer discredited this data, saying it was not based on any meaningful longitudinal research that would allow such claims. 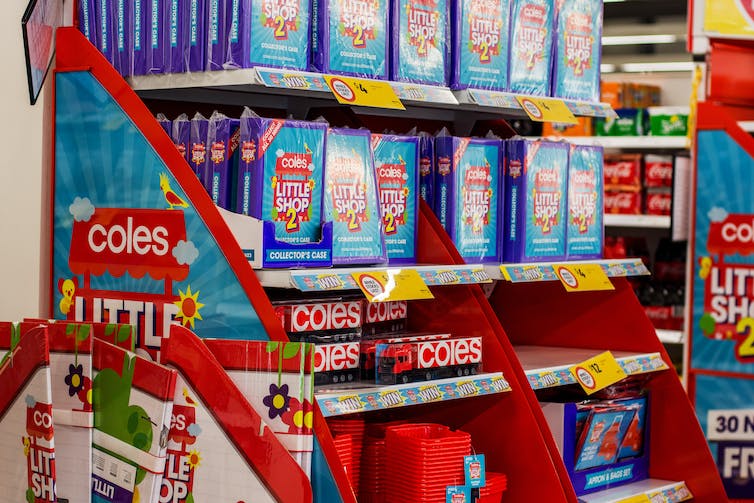 If organisations produce plastic for marketing purposes, it’s difficult to see how we can achieve plastic recycling rates of 70% by 2025. This target – set by federal and state governments and which Coles has signed on to meet – also stipulates the removal of “problematic and unnecessary” single use plastic packaging.

Federal Assistant Minister for Waste, Trevor Evans, said finding a sustainable way to manage plastics was a major challenge and requires a coordinated effort. As a powerful household brand, Coles must unequivocally be part of this effort.

Coles’ environmental policy says it’s “committed to doing business in an environmentally responsible manner”. But plastic freebies fly in the face of this policy.

Read more: How recycling is actually sorted, and why Australia is quite bad at it

Voluntary initiatives for companies to reduce packaging and plastic waste, which Coles have signed on to, have not produced meaningful results.

Currently only one-third of all plastic packaging in Australia is recycled. Overseas countries have moved away from voluntary frameworks to more structured and enforceable regulations to reduce plastic production and waste. In fact, Europe voted to ban single use plastics last year.

As long as Australia lags on waste regulation, organisations such as Coles will continue to contravene their own environmental policies.

The Conversation contacted Coles for comment. Its response is as follows:

Customers have told us that they use Stikeez as a fun tool to encourage kids to eat more types of fresh foods. The collectibles form part of the Coles Fresh 5 Challenge which encourages kids to eat all the Five Food Groups daily. We made changes to the Stikeez campaign this year to ensure it’s more environmentally sustainable.

Stikeez collectibles, including those customers have from last year, can now be recycled at all Coles supermarkets. We have partnered with Australian recycling group Save our Soles so that Stikeez can be recycled through the same process that is used to recycle footwear in Australia since 2010 to create useful products like anti-fatigue mats, gym matting, retail flooring and carpet underlay.