Princes Harry and William have briefly joined forces to speak out against a story “speculating” about their relationship. The brothers released a rare joint statement on Monday in response to an unnamed story that they viewed as &ldquo…

Princes Harry and William have briefly joined forces to speak out against a story “speculating” about their relationship.

The brothers released a rare joint statement on Monday in response to an unnamed story that they viewed as “potentially harmful.”

“Despite clear denials, a false story ran in a UK newspaper today speculating about the relationship between The Duke of Sussex and The Duke of Cambridge,” according to their statement, released on Monday and shared with HuffPost.

“For brothers who care so deeply about the issues surrounding mental health, the use of inflammatory language in this way is offensive and potentially harmful,” the statement said.

While the brothers didn’t name the story in particular, multiple outlets have reported that the story in question seems to be a report from the U.K.’s Times that says the Duke and Duchess of Sussex were on the receiving end of a “bullying” attitude from the Duke of Cambridge. 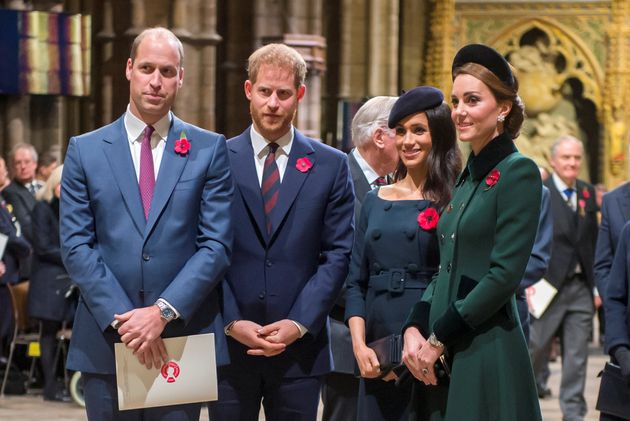 A Sunday Times re​port released over the weekend claimed that William told a friend he’s “sad” he and Harry are now “separate entities.” Harry and Meghan Markle announced Wednesday in a groundbreaking statement that they are planning to step back as “senior” members of the royal family.

“I’ve put my arm around my brother all our lives and I can’t do that any more; we’re separate entities,” William reportedly said, per The Sunday Times. “I’m sad about that.”

“All we can do, and all I can do, is try and support them and hope that the time comes when we’re all singing from the same page. I want everyone to play on the same team,” the Duke of Cambridge added.

The report comes just after it was announced on Saturday that William, Harry and Prince Charles are expected to meet with Queen Elizabeth on Monday for an emergency family meeting. Meghan, who flew back to Canada to be with the couple’s son, Archie, will reportedly dial in to the talks.

The Duke and Duchess of Sussex announced Wednesday