US authorities have formally requested Prince Andrew answer questions as a witness in a criminal probe into sex offender Jeffrey Epstein – but the duke’s lawyers have insisted he already offered to help on three occasions. The Departme… 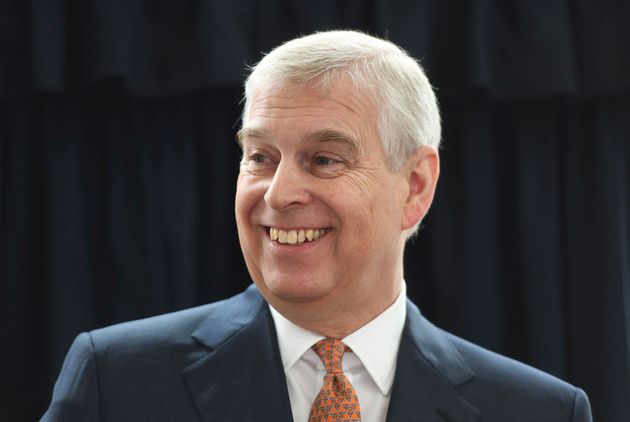 US authorities have formally requested Prince Andrew answer questions as a witness in a criminal probe into sex offender Jeffrey Epstein – but the duke’s lawyers have insisted he already offered to help on three occasions.

The Department of Justice (DoJ) has submitted a mutual legal assistance (MLA) request to the Home Office as federal prosecutors investigate disgraced financier Epstein’s offending, the Sun newspaper and US broadcasters reported.

MLA requests are used to obtain assistance in an investigation or prosecution of criminal offences when cooperation cannot be obtained by law enforcement agencies.

But in a statement released on Monday, the Duke of York’s lawyers Blackfords said Andrew had offered to assist the US DoJ three times this year, and the authority first requested his help on January 2.

The statement said: “Importantly, the DoJ advised us that the duke is not and has never been a ‘target’ of their criminal investigations into Epstein and that they sought his confidential, voluntary cooperation.

“The Duke of York has on at least three occasions this year offered his assistance as a witness to the DoJ. Unfortunately, the DoJ has reacted to the first two offers by breaching their own confidentiality rules and claiming that the duke has offered zero cooperation. In doing so, they are perhaps seeking publicity rather than accepting the assistance proffered.”

The statement added that an attempt by the DoJ to seek mutual legal assistance from the Home Office would be “disappointing”.

It said: “The Duke of York is not a target of the DOJ investigation and has recently repeated his willingness to provide a witness statement. It is hoped that this third offer has not been the cause of the most recent leak about the Duke of York. We do not intend to make any further public statement at this time as we wish to respect the rules of confidentiality under both English law and the US guidelines.”

It comes just weeks after a Netflix documentary on Epstein was released featuring Virginia Giuffre, also known as Virginia Roberts, who has alleged she had sex with the duke in 2001 after being trafficked to the UK by the American.

Giuffre has urged Andrew to speak to authorities but a US lawyer said in March that the duke had “completely shut the door” on co-operating with investigators over the probe.

The duke categorically denies he had any form of sexual contact or relationship with Giuffre.

Andrew stepped away from royal duties following his disastrous Newsnight interview in November about his relationship with Epstein, who killed himself in his jail cell while awaiting trial for sex trafficking.

Four days after last year’s Newsnight interview, Andrewsaid in a statement he was “willing to help any appropriate law enforcement agency with their investigations, if required”.

But Geoffrey Berman, who is leading the Epstein inquiry, told reporters in March: “Contrary to Prince Andrew’s very public offer to co-operate with our investigation into Epstein’s co-conspirators, an offer that was conveyed via press release, Prince Andrew has now completely shut the door on voluntary co-operation and our office is considering its options.”

Giuffre alleges the duke had sex with her on three separate occasions, including when she was 17, still a minor under US law.

She also said in an interview with BBC Panorama that she was left “horrified and ashamed” after an alleged sexual encounter with Andrew in London in 2001.

According to Home Office guidance, it is “usual policy” that the existence of a MLA request is neither confirmed or denied.