Eight houses and a slab of land have been swept into the sea by a mudslide in Arctic Norway.

A mudslide in Arctic Norway has swept eight houses and the piece of land on which they had stood into the sea.

The homes and land have sunk into swirling waters, footage posted on social media shows. Nobody was hurt when the houses, near the town of Alta in northern Norway, were uprooted on Wednesday in the 650-metre long mudslide. 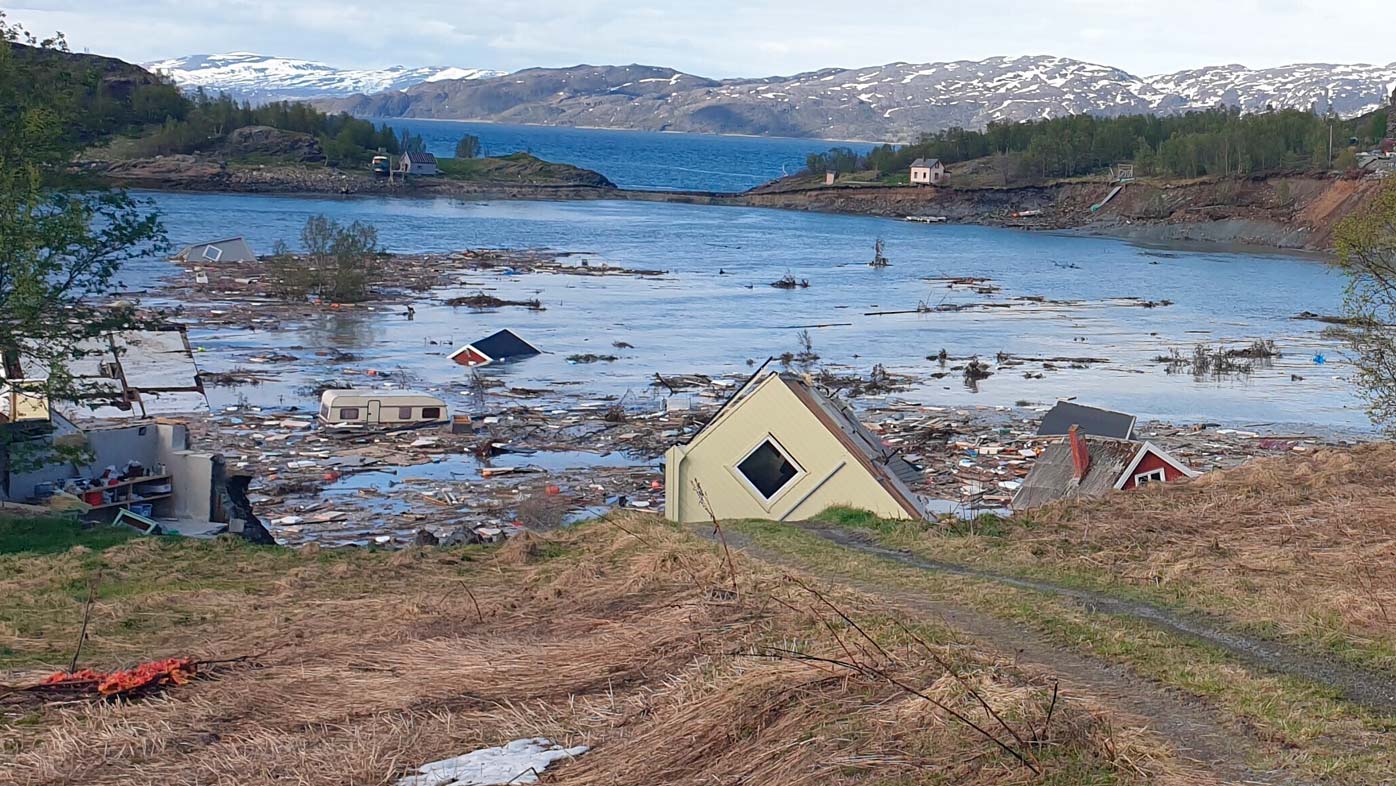 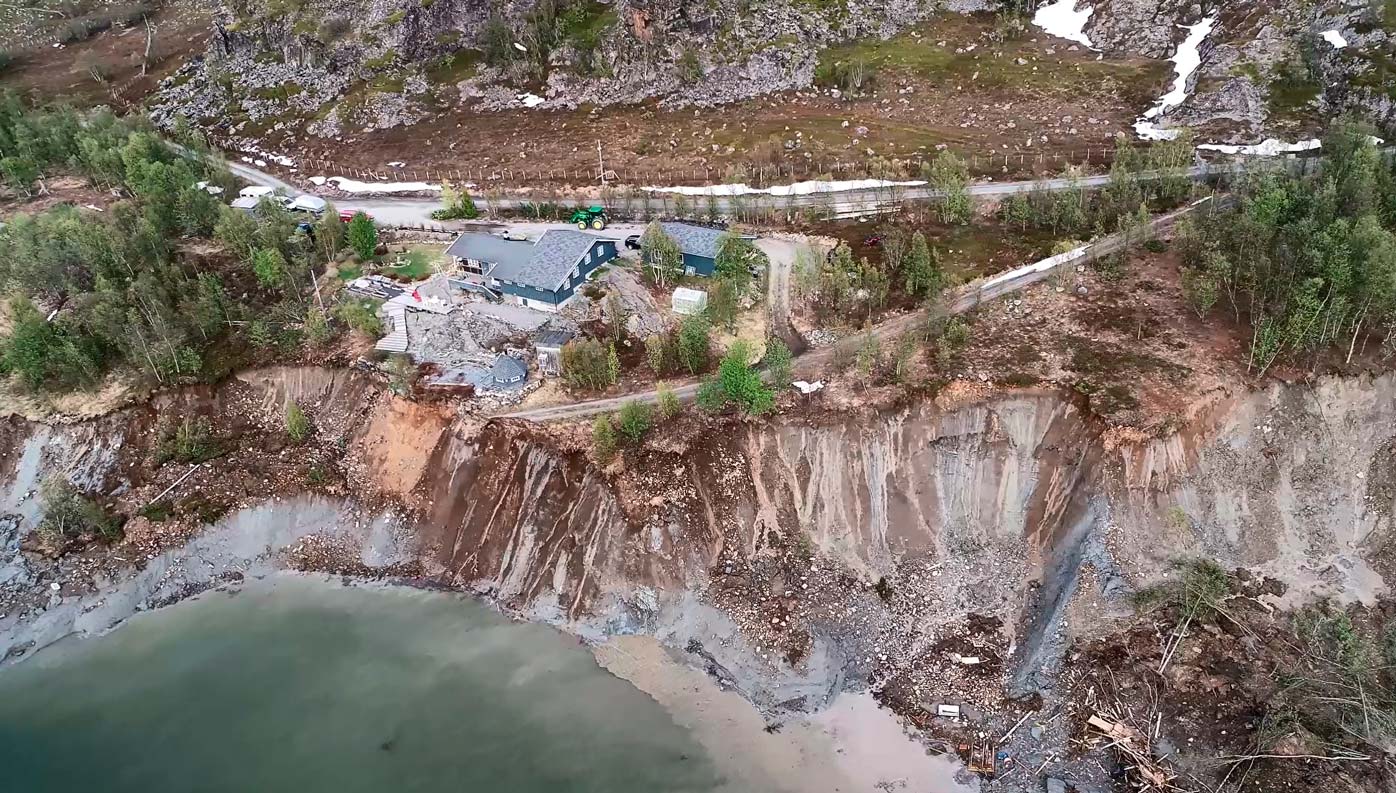 "It appears no humans were in the area when it happened," local police officer Torfinn Halvari told Norwegian news agency NTB.

Anders Bjordal, a Norwegian Water Resources and Energy Directorate engineer, told CNN mudslides of this scale "seldom happen in Norway, maybe every one or two years".

"Here in Alta there has never been a slide that big," he said. 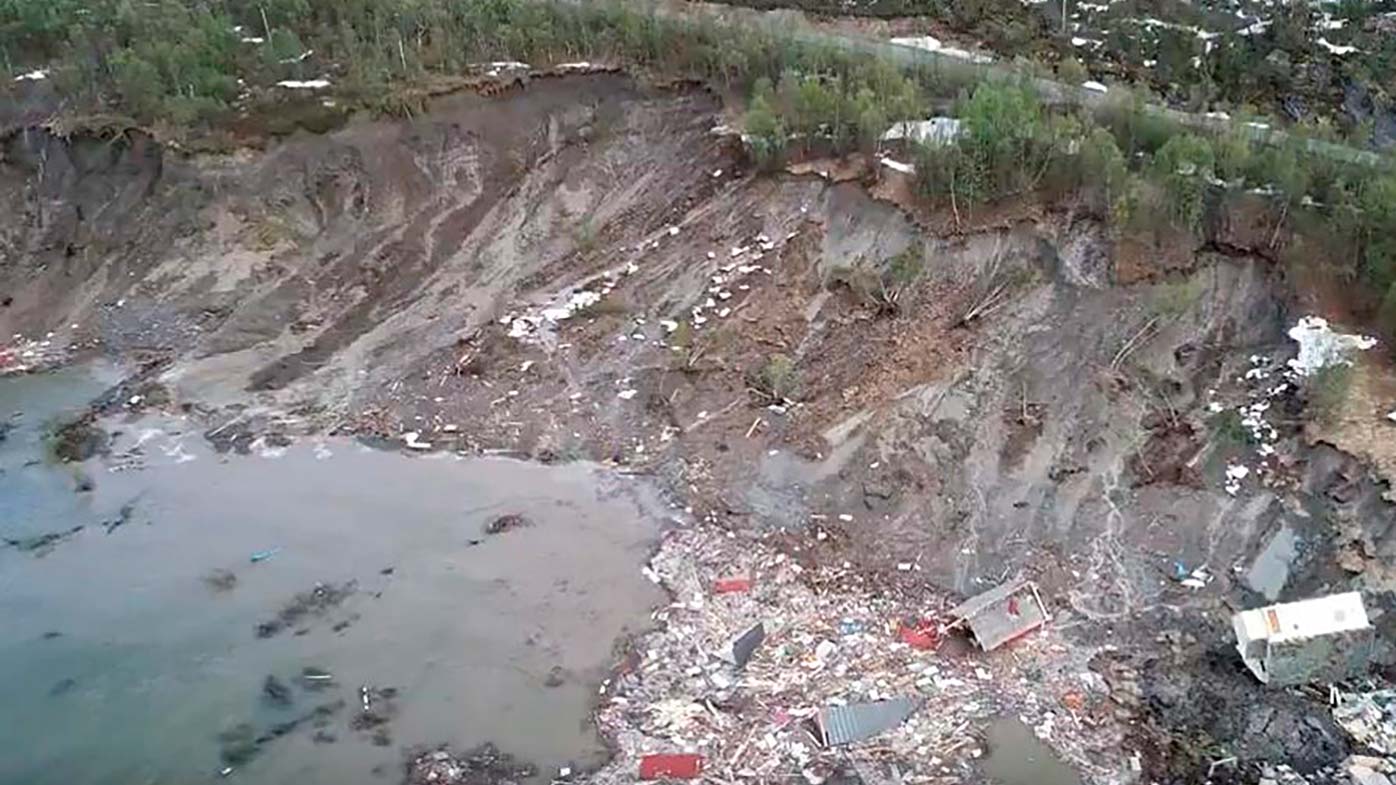 With AAP and CNN.