Hurricane Ida has blasted ashore as one of the most powerful storms ever to hit the US, leaving one dead and all of New Orleans without power.

Hurricane Ida has blasted ashore as one of the most powerful storms ever to hit the US, leaving at least one person dead and all of New Orleans without power.

The hurricane blew off roofs and reversed the flow of the Mississippi River as it rushed from the Louisiana coast toward New Orleans and one of the nation's most important industrial corridors.

Ida has been downgraded to a category two storm, with sustained winds at 177km/h, CNN reports. 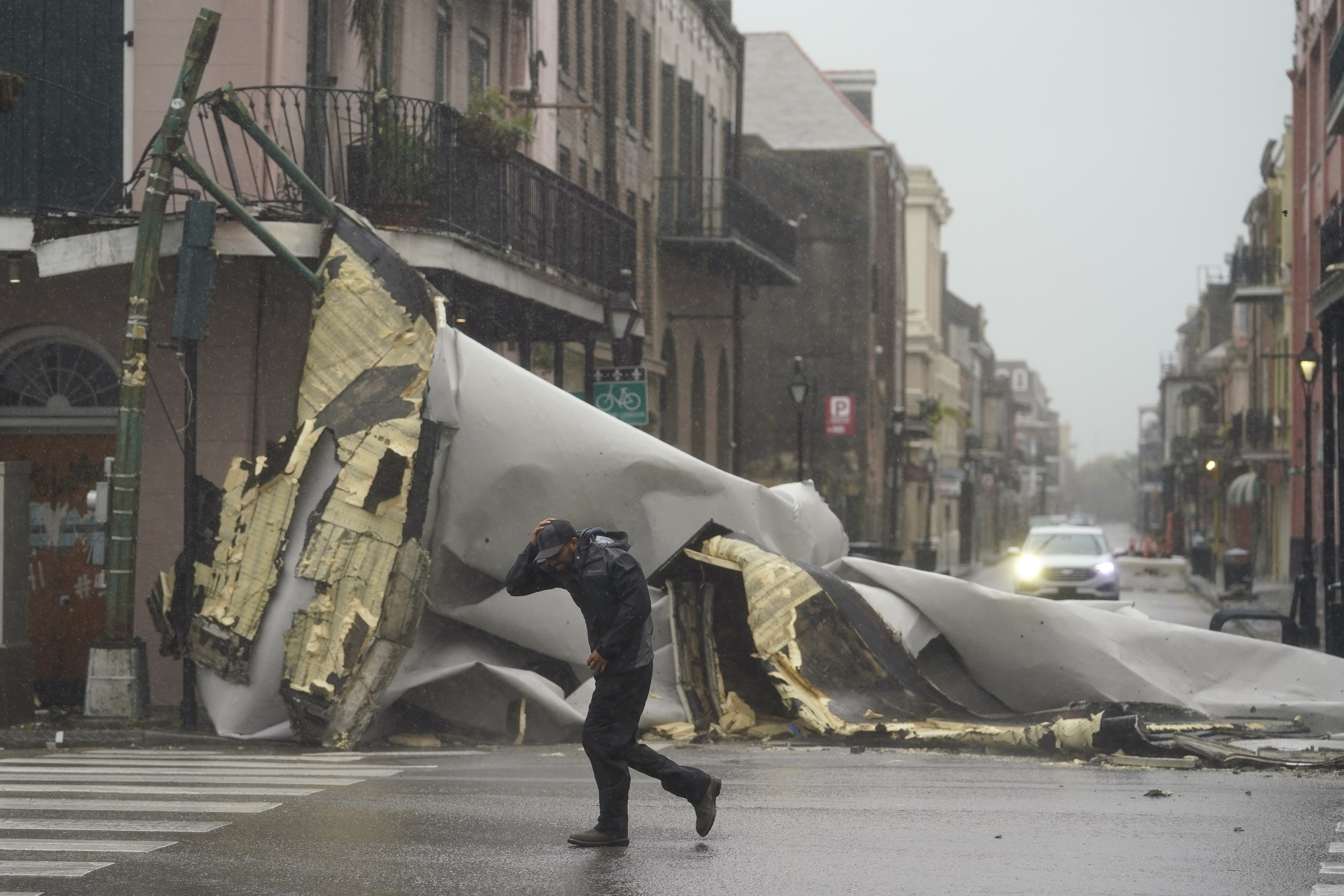 Another wind gust of 159km/h was recorded north-east of Raceland, Louisiana in the past hour.

Local police in Louisiana reported a fallen tree has killed one person.

"Shortly after 8.30pm (local time) deputies received reports of a citizen possibly injured from a fallen tree at a residence off of Highway 621 in Prairieville," the Ascension Parish Sheriff's Office said in a post on their Facebook page.

"Deputies arrived on scene and confirmed that the victim is now deceased."

All of New Orleans is without power, according to NOLA Ready, New Orleans' emergency preparedness campaign.

If anyone in the area has power, it's coming from a generator, NOLA Ready says.

Across Louisiana, more than 700,000 customers are without power as Hurricane Ida continues to pound the coastal state.

Power outages are expected to continue increasing as the storm moves inland.

St Bernard Parish president Guy McInnis told CNN that he has reports of 22 barges that have broken loose because of Hurricane Ida.

Ida's 230km/h winds tied it for the fifth-strongest hurricane to ever hit the mainland US.

It dropped hours later to a category three storm with maximum winds of 200km/h as it inched closer to New Orleans.

The rising ocean swamped the barrier island of Grand Isle as landfall came just to the west at Port Fourchon.

Ida made a second landfall about two hours later near Galliano.

The hurricane was churning through the far southern Louisiana wetlands, with more than two million people living in and around New Orleans and Baton Rouge under threat.

"This is going to be much stronger than we usually see and, quite frankly, if you had to draw up the worst possible path for a hurricane in Louisiana, it would be something very, very close to what we're seeing," Governor John Bel Edwards told The Associated Press.

People in Louisiana woke up to a monster storm after Ida's top winds grew by 72km/h in five hours as the hurricane moved through some of the warmest ocean water in the world in the northern Gulf of Mexico.

Wind tore at awnings, water spilled out of Lake Ponchartrain in New Orleans, and boats broke loose from their moorings.

Engineers detected a "negative flow" on the Mississippi River as a result of storm surge, US Army Corps of Engineers spokesman Ricky Boyette said. 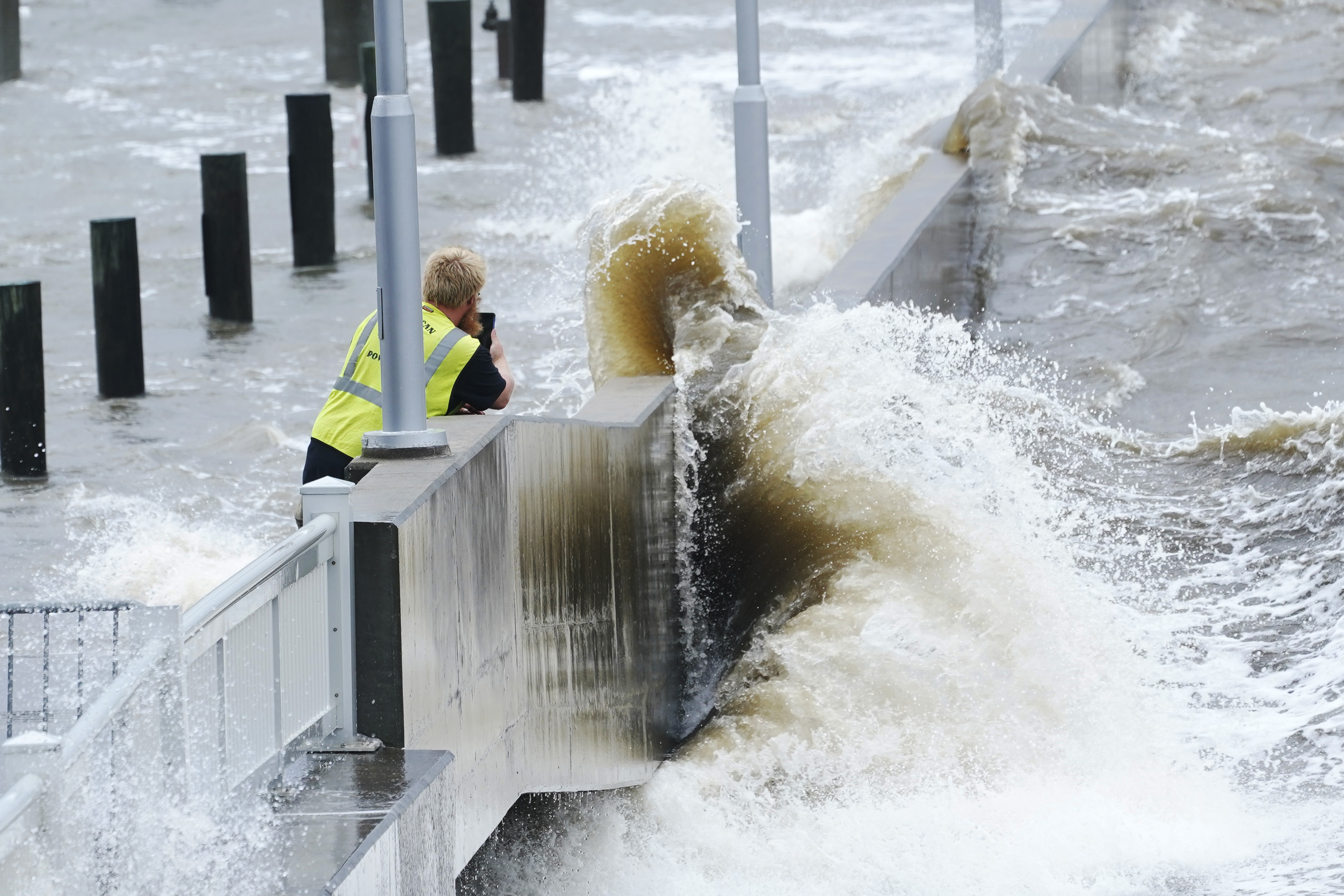 "The storm surge is just tremendous. We can see the roofs have been blown off of the port buildings in many places," Mr Edwards told the AP.

Officials said Ida's swift intensification from a few thunderstorms to a massive hurricane in just three days left no time to organise a mandatory evacuation of New Orleans' 390,000 residents.

Mayor LaToya Cantrell urged residents remaining in the city on Sunday to "hunker down".

Marco Apostolico said he felt confident riding out the storm at his home in New Orleans' Lower 9th Ward, one of the city's hardest-hit neighbourhoods when levees failed and released a torrent of floodwater during Katrina.

His home was among those rebuilt with the help of actor Brad Pitt to withstand hurricane-force winds. But the memory of Katrina still hung over the latest storm.

"It's obviously a lot of heavy feelings," he said.

"And yeah, potentially scary and dangerous."

The region getting Ida's worst includes petrochemical sites and major ports, which could sustain significant damage.

It is also an area that is already reeling from a resurgence of COVID-19 infections due to low vaccination rates and the highly contagious delta variant.

New Orleans hospitals planned to ride out the storm with their beds nearly full, as similarly stressed hospitals elsewhere had little room for evacuated patients.

And shelters for those fleeing their homes carried an added risk of becoming flashpoints for new infections. 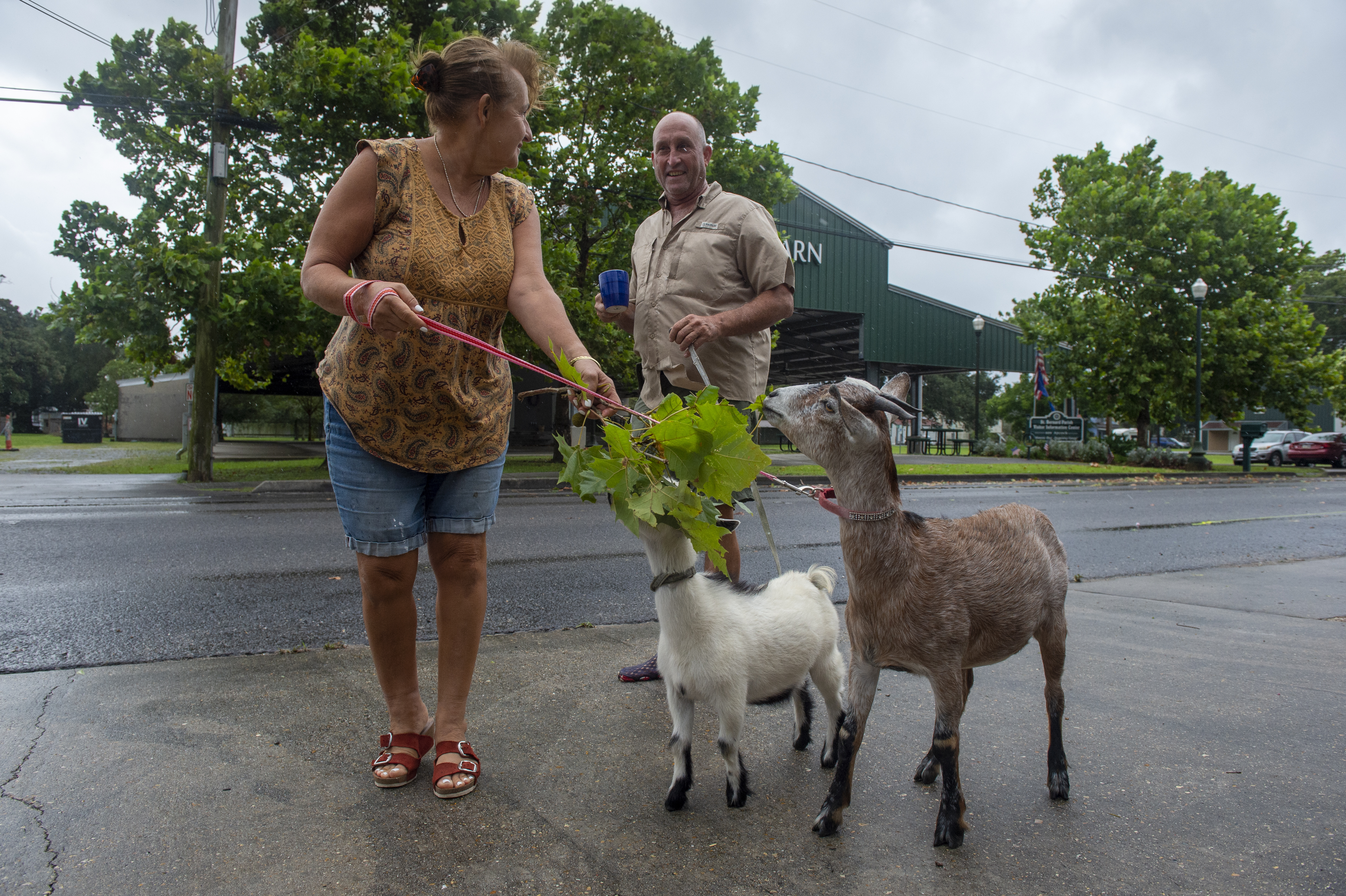 Forecasters warned winds stronger than 185km/h threatened Houma, a city of 33,000 that supports oil platforms in the Gulf.

"I'm praying I can go back to a normal home like I left," she said.

"That's what I'm praying for. But I'm not sure at this point."

Comparisons to the August 29, 2005, landfall of Katrina weighed heavily on residents bracing for Ida. 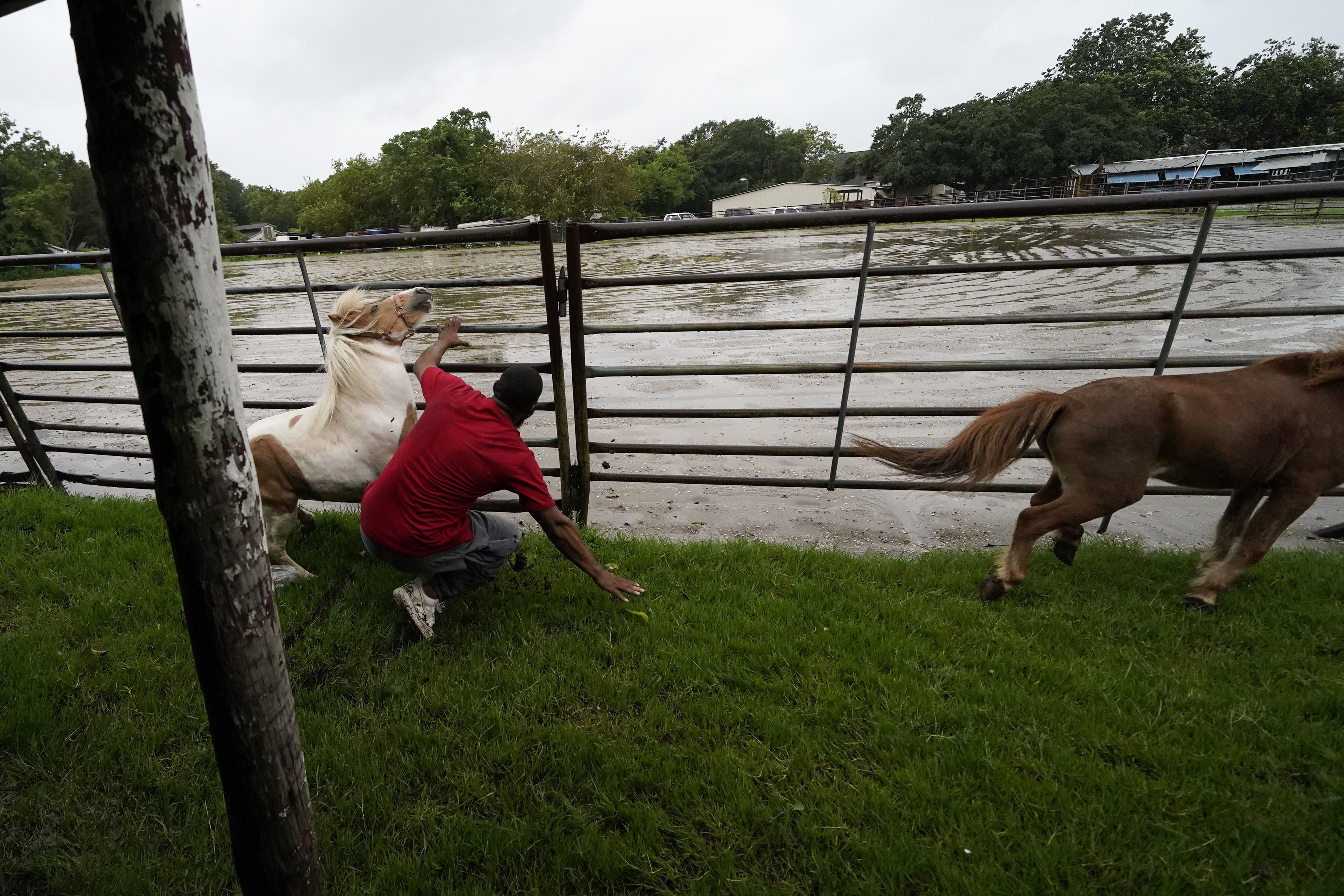 Katrina was blamed for 1800 deaths as it caused levee breaches and catastrophic flooding in New Orleans.

Ida's hurricane-force winds stretched 80 kilometres from the storm's eye, or about half the size of Katrina, and a New Orleans' infrastructure official emphasised that the city is in a "very different place than it was 16 years ago".

The levee system has been massively overhauled since Katrina, Ramsey Green, deputy chief administrative officer for infrastructure, said before the worst of the storm hit.

While water may not penetrate levees, Mr Green said if forecasts of up to 50 centimetres of rain prove true, the city's underfunded and neglected network of pumps, underground pipes and surface canals likely won't be able to keep up.

About 590,000 customers were already without power late Sunday afternoon, according to PowerOutage.US, which tracks outages nationwide.

The Louisiana Department of Environmental Quality was in contact with more than 1500 oil refineries, chemical plants and other sensitive facilities and will respond to any reported pollution leaks or petroleum spills, agency spokesman Greg Langley said.

He said the agency would deploy three mobile air-monitoring laboratories after the storm passes to sample, analyse and report any threats to public health.

Louisiana's 17 oil refineries account for nearly one-fifth of the US refining capacity and its two liquefied natural gas export terminals ship about 55 per cent of the nation's total exports, according to the US Energy Information Administration. 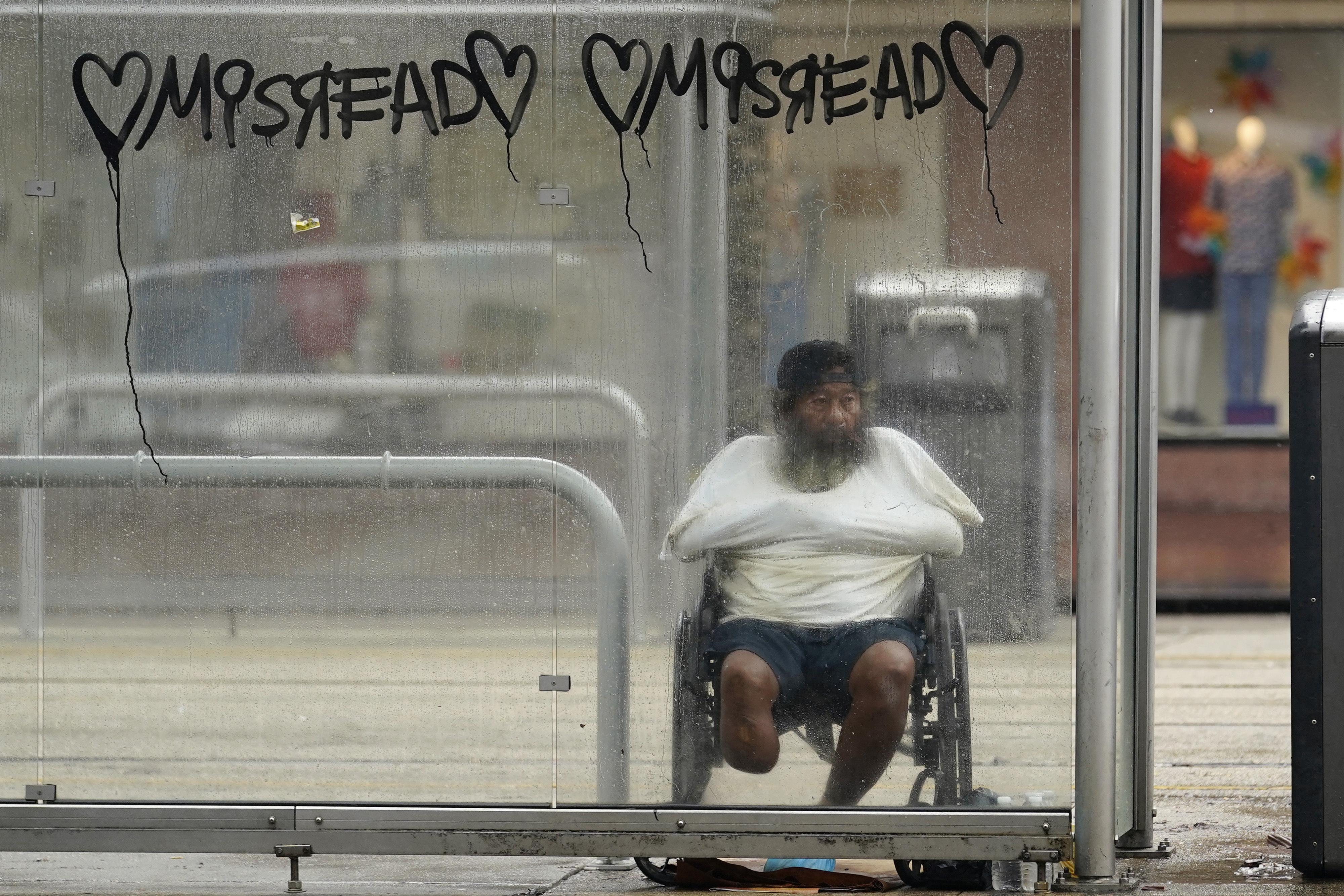 Government statistics show that 95 per cent of oil and gas production in the Gulf Coast region was shut down as Ida made landfall on Sunday, according to energy company S&P Global Platts.

Louisiana is also home to two nuclear power plants, one near New Orleans and another about 43 kilometres north-west of Baton Rouge.

He said Sunday the country was praying for the best for Louisiana and would put its "full might behind the rescue and recovery" effort once the storm passes.

Mr Edwards warned his state to brace for potentially weeks of recovery.

"Many, many people are going to be tested in ways that we can only imagine today," the governor told a news conference.