Maybe this year’s Ig Nobels, the spoof prizes for dubious but humorous scientific achievement, should have been renamed the Ick Nobels.

Maybe this year's Ig Nobels, the spoof prizes for dubious but humorous scientific achievement, should have been renamed the Ick Nobels.

An anthropologist who tested an urban legend by fashioning a knife out of frozen human feces, and a man who found that spiders oddly give scientists who study insects the heebie-jeebies, are among the 2020 winners.

Because of the coronavirus pandemic, Thursday's 30th annual Ig Nobel ceremony was a 75-minute prerecorded virtual affair instead of the usual live event at Harvard University. Even so, it managed to maintain some of the event's traditions, including real Nobel Prize laureates handing out the amusing alternatives. 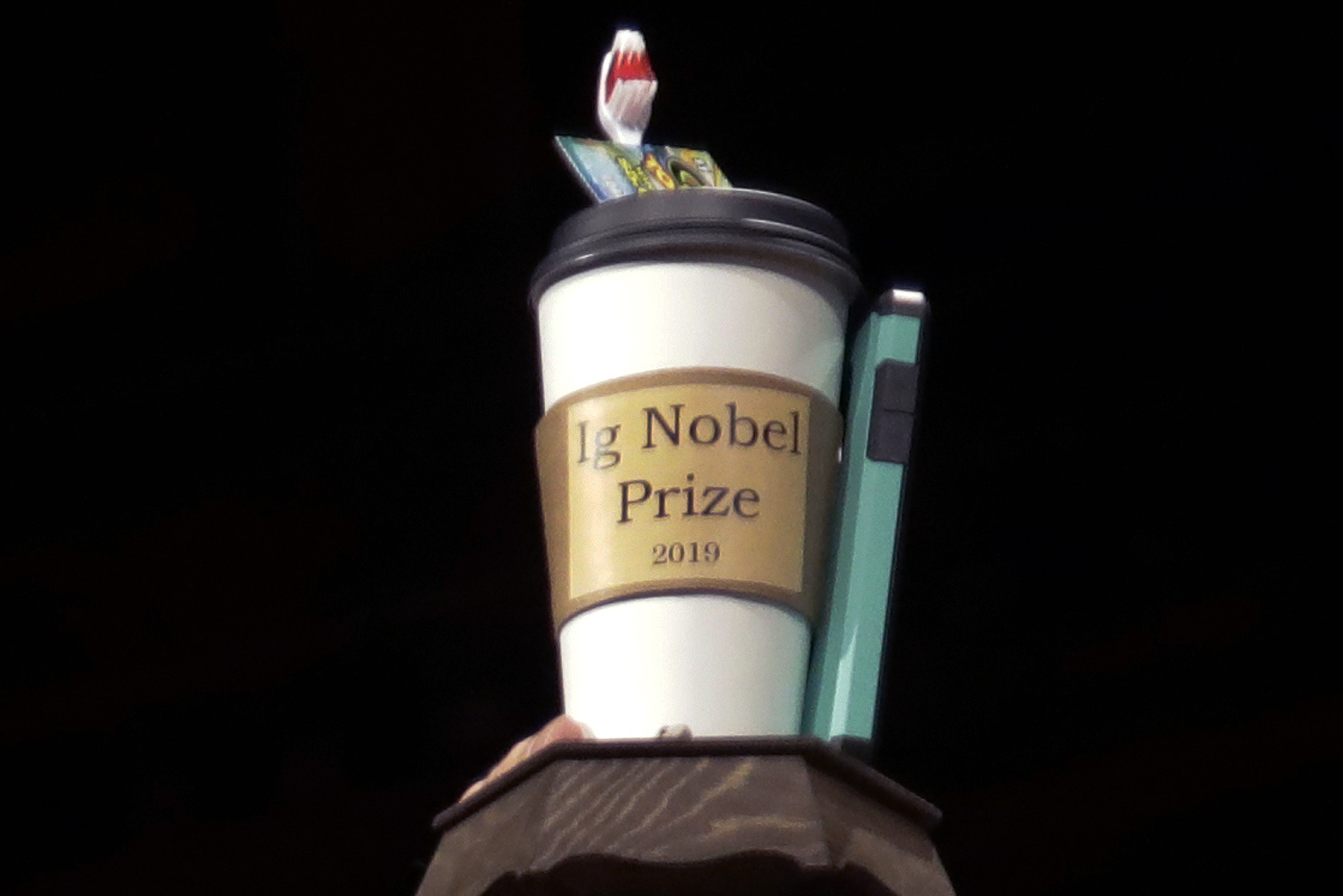 “It was a nightmare, and it took us months, but we got it done,” said Marc Abrahams, editor of the Annals of Improbable Research magazine, the event’s primary sponsor.

This year's winners also included a collection of world leaders who think they’re smarter than doctors and scientists, and a team of Dutch and Belgian researchers who looked at why chewing and other sounds people make drive us crazy.

Metin Eren has been fascinated since high school by the story of an Inuit man in Canada who made a knife out of his own excrement. The story has been told and retold, but is it true?

Eren and his colleagues decided to find out.

Eren, an assistant professor of anthropology at Kent State University in Ohio and co-director of the university’s Experimental Archaeology Lab, used real human feces frozen to minus-50 degrees Centigrade and filed to a sharp edge.

He then tried to cut meat with it.

“The poop knives failed miserably,” he said in a telephone interview. “There’s not a lot of basis empirically for this fantastic story.”

The study is a little gross but makes an important point: There are a lot of narratives out there based on phony or unproven science.

“The point of this was to show that evidence and fact checking are vital," he said.

Richard Vetter won an Ig Nobel for his paper looking at why people who spend their lives studying insects are creeped out by spiders. 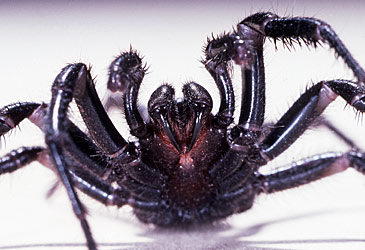 His paper, “Arachnophobic Entomologists: Why Two Legs Make all the Difference,” appeared in the the journal American Entomologist in 2013.

Vetter, a retired research associate and spider specialist who worked in the entomology department at the University of California Riverside for 32 years, found during the course of his work that many insect lovers hate spiders.

“It always struck me as funny that when I talked to entomologists about spiders, they would say something along the lines of, ‘Oh, I hate spiders!’” he said in a telephone interview.

He found that many bug lovers had had a negative experience with a spider, including bites and nightmares. The fact that spiders are often hairy, fast, silent and have all those creepy eyes freaks out entomologists, he said. 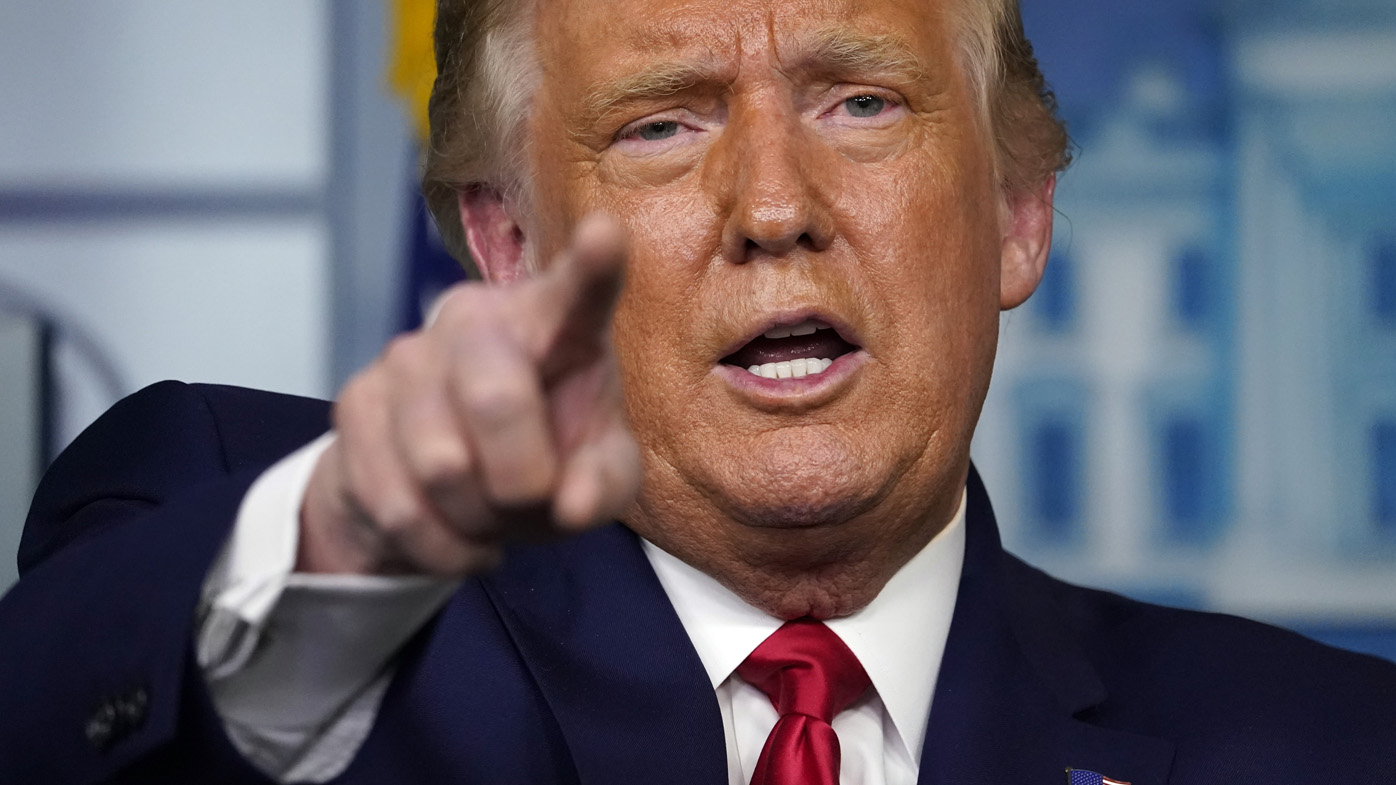 This year's Ig Nobel for Medical Education was shared by a group of world leaders including US President Donald Trump, British Prime Minister Boris Johnson and Russian President Vladimir Putin for their attitude around the pandemic.

“These are all individuals who realised that their judgment is better than the judgment of people who have been studying this their entire lives, and were more insistent about it," Abrahams said.

Abrahams made efforts to reach out to the world leaders to accept their awards, with no luck. “It would have been fun for them to take part,” he said.

Damiaan Denys and his colleagues earned the Ig Nobel in medicine for pioneering a new psychiatric diagnosis — misophonia — getting annoyed by noises others make.

Denys, a professor at the University of Amsterdam in the Netherlands and a psychiatrist who specialises in patients with anxiety, compulsive and impulsive disorders, was inspired by a former patient who became so enraged by people who sneezed that she felt like killing them.

“I had a lot of knowledge about compulsive disorder but these complaints did not meet any existing clinical picture," he said in an email.

In order to keep the tradition of real Nobel Prize winners handing out the Ig Nobels, organizers came up with a bit of video wizardry. Each winner was mailed a document that they could print out that included instructions on how to assemble their own cube-shaped prize. To make it look as if the real Nobel laureates were handing them out, they handed their prizes off screen, and the winner reached off screen to pull in the one they had self-assembled.

As usual, most winners welcomed the recognition that comes with the spoof prize — sort of.

Eren attended the Ig Nobel ceremony in 2003 when he was an undergraduate student at Harvard, so he was thrilled to finally win one of his own.

“To be honest, it was a dream come true,” he said.